Lights Out: More Than Just a Horror Movie 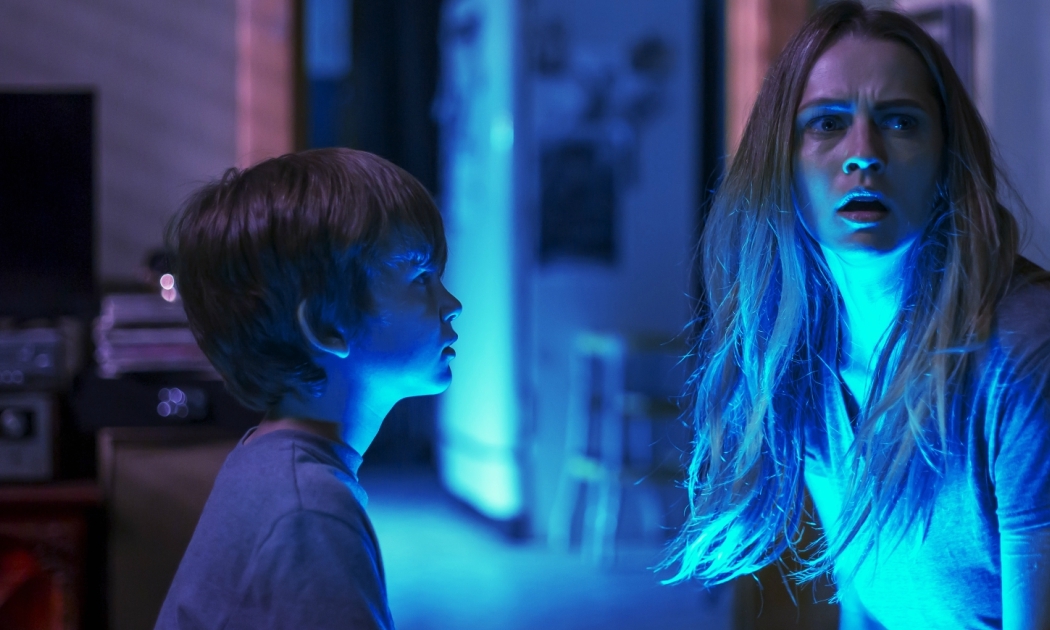 James Wan is synonymous with modern horror. Having produced and directed numerous well-known horror franchises, such as Insidious and The Conjuring , and in his early days, Saw, his projects have never failed to send millions of hearts pumping with adrenaline. So, when Lights Out, another of his producer-on-board projects, made back its entire production budget on the film’s opening day, his revered status as the master of horror was once again proven. Lights Out will have you running for the light switch

Lights Out is one hour 21 minutes of pure horror. See me, see me not. See me, see me not. Five flicks of the switch and she’s right in front of you! Run!
Sophie (Maria Bello) is diagnosed with depression and mental illness. When she’s taken off her anti-depressants, she talks to herself and this freaks out her young son, Martin (Gabriel Bateman). He begs his older sister, Rebecca (Teresa Palmer), to house him when he sees a mysterious, gangly creature in the house. This seems all too familiar to Rebecca who’s now estranged from her mother. She used to see a similar figure in the dark, with her mother talking into the void.
But, Sophie isn’t talking to herself. Or is she? Director David F. Sandberg developed Lights Out from a three-minute short film in 2013. The story was simple - a woman finds herself haunted by a mysterious figure every time she turns off the light; no cause or reason is given. Sandberg beefed up the story and turned it into a full-length horror feature.

If you like it fast and furious, this is the movie for you. The pace of the movie is quickfire and blood is immediately spilt in the opening scene. The journey just gets bumpier and bumpier, with your heart constantly pumping wildly, especially when the siblings are lured into the basement. The movie has a lot of jumpy scares and loud, raw noises. This tactic makes a lot of sense: lights out and the evil comes out of the lurking shadows. This trick works especially well: darkness is almost a universal fear, and switching on and off the lights is a part of our daily lives. Who has never switched off the lights and thought they had seen something in the dark? The director draws our attention to the lights so much that we brace ourselves for a rough ride whenever the switch starts to flicker. The raw and heightened sound effects give the movie that edge, building up to the inevitable jump of fear. In the last couple of years, some of the best horrors have focused on the horror over the cause, like The Babadook and It Follows. This is not so unlike the good old days of the terror and horror of Evil Dead and, later, Ju-On. For horror fans, sometimes we are just more interested in the scares than the explanation.
This is Sandberg’s first feature film and it’s an excellent debut. He gets under your skin by making you think twice about turning off the lights. He’s already onto his second feature, Annabelle 2. If James Wan thinks this highly of Sandberg, you won't want to miss this horror-fan movie!