Creepy Asian Horrors that will Make You Sleepless 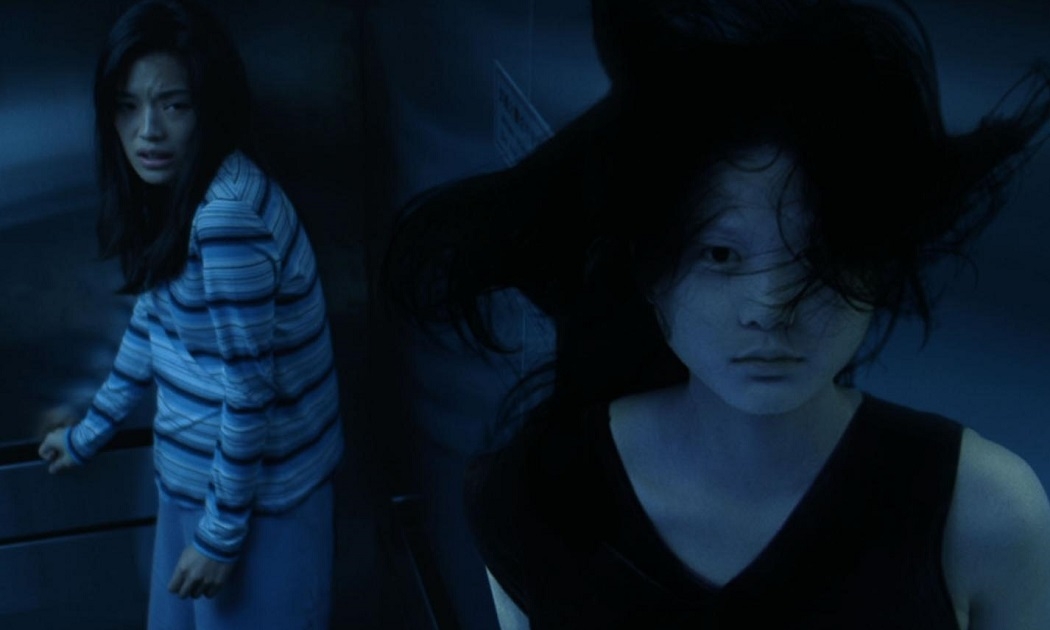 Classic Asian horrors, with ghosts or without, usually come across as raw and often leave a lingering fear long after you’ve left the cinema. Many still talk about the ghost that climbs out of the TV set in The Ring, a horror which was remade into a Hollywood movie (and has its own franchise - the third installment, Rings, is set for release in February 2017). The Eye is amongst the first mandarin Asian horror films to be part of the remake bandwagon.

The Eye
The Eye was directed by Oxide Pang and Danny Pang, who are more commonly known as the Pang Brothers. A report about a 16-year-old girl who received a corneal transplant and then committed suicide inspired the Pang Brothers to make a movie - The Eye. Roping in an almost freshie for the lead role, the movie is about a girl, Mun (singer Angelica Lee), who starts seeing ghosts after a successful corneal transplant. Instead of being over the moon at regaining her eyesight, she lives in constant fear of her perfectly corrected eyesight. Mun believes the answer to her situation lies in finding the cornea donor. Hence, she begins to track down the owner with Dr Wah (Lawrence Chou), a psychologist whom she’s seeing.

This classic continues to scare years later with its twists and turns. There are many classic scenes, including Lee in the same lift as a floating ghost that has only half its face left. The audience can’t wait soon enough for the lift to arrive at its level! The movie was such a success that there were two remakes, one in India and the other in the US starring Jessica Alba. Singapore actors, Edmund Chen and Pierre Png, played supporting roles in the movie too. 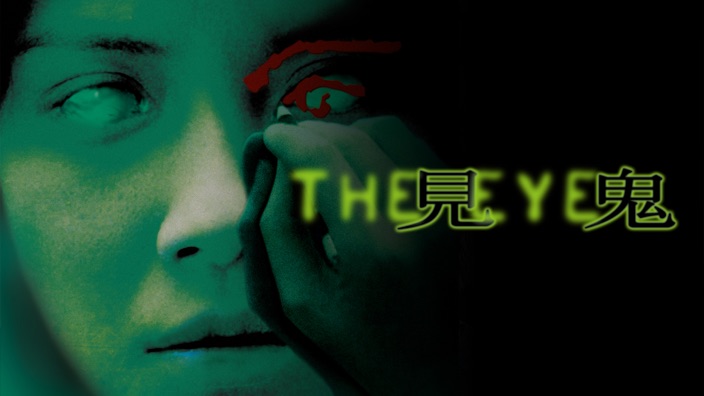 The Eye 2
The Eye 2 was released two years later, again directed by the Pang Brothers. It is not related in any way to the original except for the clairvoyance of its protagonists. The story starts with Joey, played by Shu Qi, who attempts suicide after a failed relationship. Afterwards, she discovers she is pregnant. As Joey descends into emotional instability, she starts to see ghosts and is stalked by a mysterious female ghost.  The movie aims to scare while unveiling its mystery to the audience. The sequel has an equally spine-chilling elevator scene that is still one of the most memorable scenes. 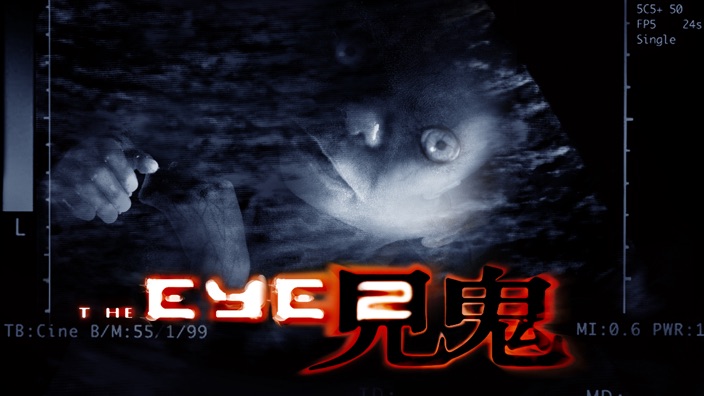 Three: Going Home
Peter Chan directed “Three: Going Home” starring Leon Lai, Eric Tsang and Eugenia Yuan. Going Home was nominated for seven Golden Horse Awards and Leon Lai brought home the Golden Horse Best Actor award for his portrayal of a devoted husband. The movie is about a strong desire for family unity and the undying love of a husband, Yu (Leon Lai), towards his wife, Hai-er (Eugenia Yuan). The story starts when a CID officer, Chan (Eric Tsang), moves into the same building as Yu and becomes suspicious of him. Chan breaks into his house to look for his missing son. Instead of finding him, he finds the seemingly dead Hai-er. Yu has been lovingly tending to Hai-er in a herbal bath for three years. Chan doesn’t believe in Yu's story of trying to revive his wife from a terminal illness and is in for a big surprise.

The movie emotes strong loneliness and eeriness which is further augmented by the fact that there are only two families in the entire building.  The movie will leave you with an untenable ache for many days. 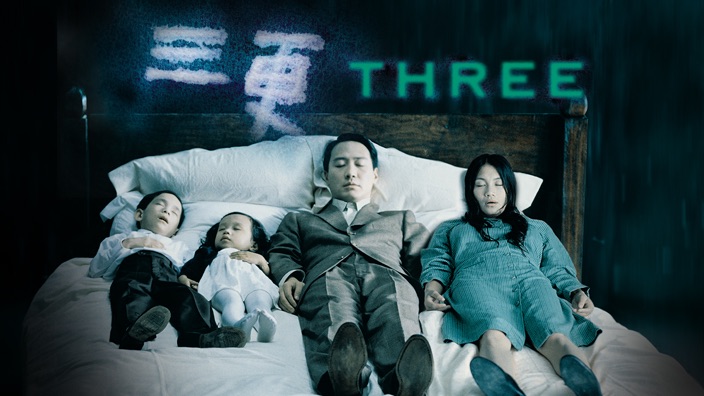 Dumplings.Three.Extremes
All humans, especially women, desire for eternal youth. Fruit Chan’s “Dumplings.Three.Extremes” couldn’t have put that desire across better. Mrs Li (Miriam Yeung) resorts to cannibalism in a desperate attempt to restore her youth and win back her husband’s (Tony Leung Ka Fai) heart. Through connections, she finds Aunt Mei (Bai Ling) who claims she has the ultimate youth-rejuvenation recipe. The movie makes no attempt to keep the recipe a secret and reveals the shocking ingredient not long into the movie. Besides the visuals, the sound effects enhance the rawness of the movie. The chill stays with the audience long after the movie ends. Seed of Darkness
When it comes to creepy-kid horror, films like The Omen, Orphan and Pet Sematary probably pop into your head. Now you can add Seed of Darkness to that list. It tells the terrifying tale of a single woman, Ying-Ying, who undergoes IVF to have a child of her own. After they move to a new apartment, her now seven-year-old child is found to be frequently talking to herself. When Ying-Ying questions her daughter, the answer isn’t what she expects. 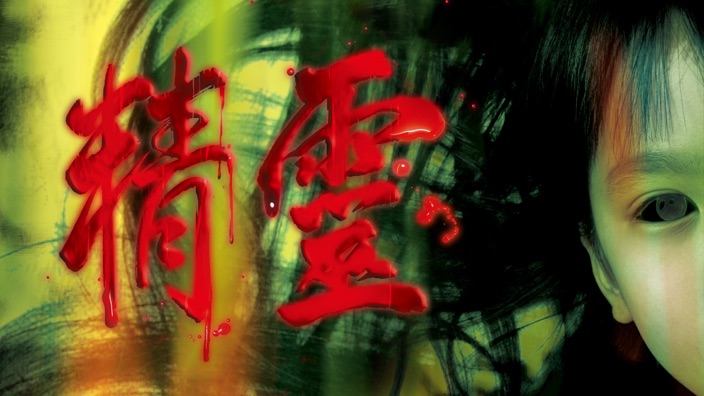 Horror is a movie genre that Asians have spent time crafting. Well noted for disturbing and unconventional storylines, it is a far cry from Hollywood horror – which more often than not emphasizes violence and gore rather than atmosphere. Have a look at these films, and try not to acquire phobias of mirrors, Chinese medicine, dumplings, and kids.