Good horror movies are rare these days. Bad stories, cliches, poorly-written characters, over-reliance on cheap jump scares...these are only some of the problems horror fans have to endure on their way through a sea of bad horrors in search of a satisfying viewing experience. If you want to bypass the troubles, look no further. Here is a list of five horror films that will worth your time-- and your screams.

The Quiet Ones
Jane (Olivia Cooke) has no recollection of her past, and she believes she has something evil inside her. Professor Coupland (Jared Harris), however, believes it's all a figment of her imagination. Acting on his assumption, he instructs her to direct her feelings into a doll, which he intends to destroy as treatment for Jane’s distress. When the school pulls the funding for his experiment, Professor Coupland leads his students off grid to continue his dangerous attempt at creating a poltergeist, believing this is the way to rid Jane of her afflction. Brian, who is filming the experiment, pities Jane for what she is put through and tries to put to a stop to it. The group, led by the professor, believes that paranormal activity is triggered by negative human energy, hence they push Jane to almost insanity through a series of tests, unknowingly unleashing a terrifying force.

Trivia: The movie was inspired by true events. An experiment was conducted in the mid-1970s in Toronto. The researchers were looking at the idea that poltergeists might be created by intense emotional energy. They tried to prove this by trying to create a supernatural being from their own emotional energy. Silent Hill: Revelation 3D
Directed and written by Michael J. Bassett, Silent Hill: Revelation 3D is a 2012 Canadian-French 3D horror film. It is the sequel to the 2006 film, Silent Hill.
Revelation stars Adelaide Clemens, Kit Harington, Malcolm McDowell and Carrie-Anne Moss, along with Sean Bean, Deborah Kara Unger and Radha Mitchell all returning from the previous film. The movie is based on the survival horror video game, Silent Hill 3, by Konami. The plot follows teenager Heather Mason (Clemens) who discovers, on the eve of her 18th birthday, that her presumed identity is false and as a result is drawn to an alternate dimension existing in the fictitious American town of Silent Hill. When her father is taken by evil forces, she turns to Vincent (Harington) who unknown to her is the son of the leader of the cult. In Silent Hill, she has to decide who to trust and how to survive.

Trivia: Kit Harington tried to play the Silent Hill games for research, but had to stop because they were too scary. 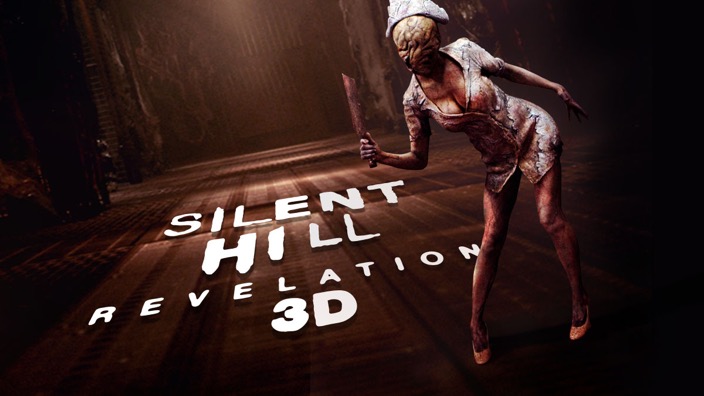 The Possession
Em (Natasha Calis) buys an antique wooden box from a yard sale and her parents Clyde (Jeffrey Dean Morgan) and Stephanie (Kyra Sedgwick) see little cause for alarm. However, Em soon becomes increasingly unstable, and Clyde and Stephanie begin to fear the presence of a malevolent force. To their horror, they soon learn that the box contains a dislocated spirit that inhabits and eventually devours its human host.

Trivia: While promoting the film, Jeffrey Dean Morgan talked about strange incidents during production, like lights exploding during the filming of key scenes. The props for the film were also destroyed in a fire that mysteriously erupted in the storage-house two days after the principal photography had been completed. The Awakening
Florence Cathcart (Rebecca Hall) is a published author on supernatural hoaxes. She works with the police to expose charlatans and debunk supernatural phenomena. On each ghost hunt, she hopes to bring back the lover she lost during the war. Each success brings her pain and disappointment. When she accepts an invitation from school teacher Robert to go to a boys boarding school in Cumbria, she awakens not only secrets that were meant to be buried, but also the love that she is looking for.

Trivia:  Spoiler alert! Look out for a clue in about the 20th minute to know who are the spirits and who are the humans. The Woman in Black
Arthur (Daniel Radcliffe), a widow, lawyer and father, is sent to Crythin Gifford to orchestrate the sale of Eel Marsh House, the estate of deceased owner, Alice Drablow. He is also instructed to retrieve any relevant documents left behind by her. The villagers are rather unwelcoming towards Arthur, keen to get him away from the village. He finds his only friend in a wealthy local landowner, Samuel Daily (Ciarán Hinds). Through his stay in the village, Arthur encounters unsettling secrets and the presence of a vengeful, malevolent spirit, in the form of a woman in black who threatens to take his son away.

Trivia: Daniel Radcliffe's real life girlfriend, Rosie Coker, a production assistant on the movie, appears as the woman in black.