Paddington was such a phenomenal success that the principal photography for the sequel is already underway and some major names have agreed to join the returning cast. Some well-established actors, whose faces did not grace the screens for Paddington, are keen to play roles in the new movie.

Both Hugh Grant and Brendan Gleeson have accepted roles in Paddington 2. While Grant plays a vain and famous actor who has experienced a decline in his public popularity, Gleeson is a strongman and safe-cracker who becomes an unexpected ally for Paddington. Director Paul King and producer David Heyman are both returning for the sequel, as well as actors Hugh Bonneville, Jim Broadbent, Samuel Joslin, Peter Capaldi, Julie Walters, Madeleine Harris, and Sally Hawkins. The voice of Paddington will again be provided by Ben Whishaw and Imelda Staunton is returning as the voice of Aunt Lucy.

Since the first movie, Paddington has become a hit amongst his local community in Windsor Gardens. To save for his Aunt Lucy’s 100th birthday, the Peruvian bear decides to take on odd jobs. With his earnings, he buys a book that is then stolen. The story covers the attempts of Paddington and the Browns to discover the thief. Success: Paddington was the highest grossing UK independent film of 2014

The success of Paddington was something of a surprise to StudioCanal with its extended run and international takings in excess of $270 million. This led to the birth of the new franchise. Not only is Paddington the most successful film ever for StudioCanal, it is also the most successful non-studio family film of all time and was the biggest independent film of the year in the UK.

1) Paddington might never have existed if author Michael Bond had done his Christmas shopping earlier. A lone teddy bear sitting on a shelf in a London store near Paddington Station caught his attention and he took it home as a present for his wife. 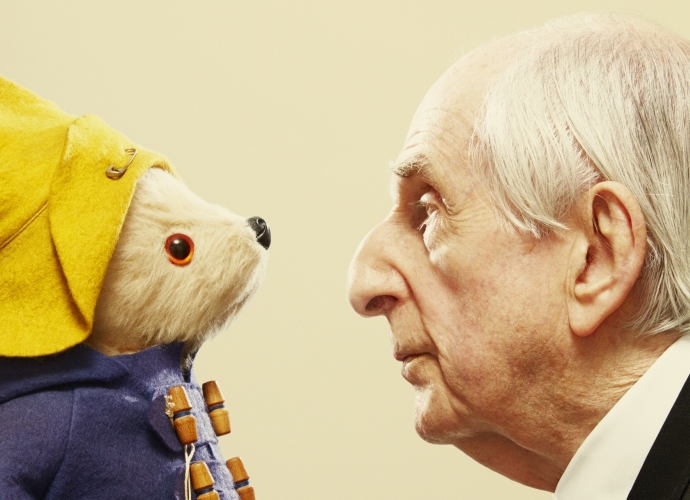 A Bear Called Paddington was written in ten days and published in 1958.

2) The Paddington Trail. From November to December 2014, more than 50 Paddington Bear statues could be found taking up prominent positions close to museums, parks, shops and key landmarks, many of which were Paddington’s favourite London locations. The Paddington Trail is a celebration of the city’s art, culture and innovation.

3) On June 11th, 2014, the single topic blog creepypaddington was launched on Tumblr with a collection of photoshopped images showing Paddington in creepy scenes from horror films or ominous settings.