All aboard for a star-filled train ride of mystery: Murder on the Orient Express is back in a big way.

The original 1970's novel-spun flick may be timeless, but there's an impressive cast waiting to take up the mantle in the upcoming 2017 adaption. Names like Pirates of the Carribean's Johnny Depp, Star Wars' new starlet Daisy Ridley and Dangerous Minds’ actress Michelle Pfeiffer are only a handful of the noteworthy players slated to work with director Kenneth Branagh. The Shakespearean actor-turned-director is also stepping into the shoes of author Agatha Christie's consummate detective, Hercule Poirot. Others in the cast include Dame Judi Dench and Michael Peña. Angelina Jolie was supposed to have had a role but has declined.

This talented team has a lot to live up to: the original 1974 movie racked up six Oscar nominations and stood on the incomparable shoulders of Hollywood greats like Ingrid Bergman, Sean Connery and Lauren Bacall, along with Albert Finney in the role of Poirot. 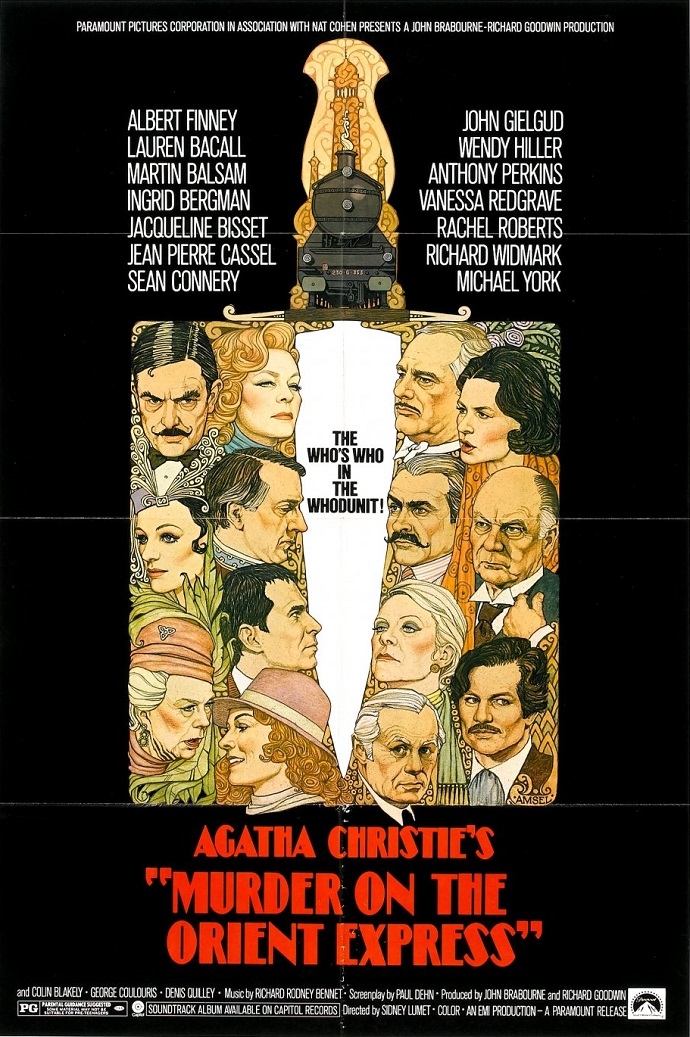 Poster for 1974's Murder on the Orient Express

The plot - the nighttime murder of a rich American on board a sumptuous train, the intrigue ratcheted up by a bank of snowdrift on the tracks, is a unique and antiquated setup. It's sure to refresh the cinematic palates of an audience used to explosions and heavy-handed CGI, and the quality of acting promised by the credits is worthy of excitement alone. Murder on the Orient Express is due to begin filming in November, and known shooting locations include London and Malta. The release date for the film is slated for 2017, though the exact date has not yet been announced.

Suffering from a string of box office flops and the scandal of his divorce with Amber Heard, Johnny Depp is definitely in need of some new good movies to his name. Besides Orient Express, he will reprise his role as Jack Sparrow (or CAPTAIN Jack Sparrow) in Pirates of the Caribbean: Dead Men Tell No Tales, with Javier Bardem and Orlando Bloom co-starring. Hopefully this will be his big comeback, but until Pirates opens on May 2017 that remains to be seen.