Ever since celebrities discovered the power of social media, they have been playing it to their advantage by engaging fans directly. These days, reaching out to fans is possible not just through snail mail, emails and gala appearances. Showcasing of beautiful babies, a good-night smooch in sleepwear, 24/7,  in real time, anything,is now possible. 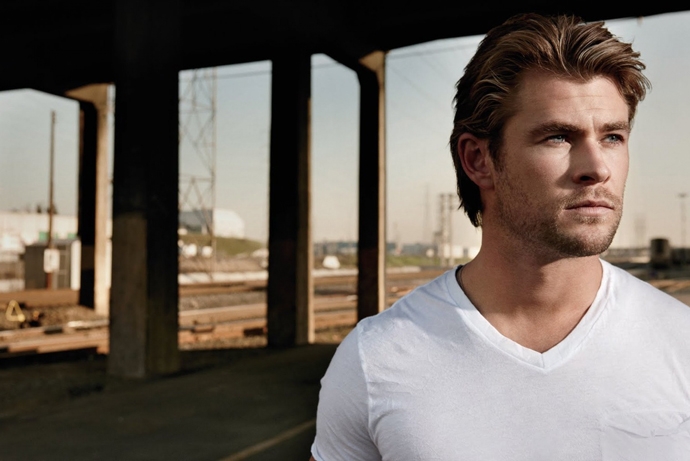 Chris Hemsworth easily racked up 1 million views for his boxing practice in an Instagram video. Hemsworth started Instagraming about a year ago and, now, commands 6.8m followers. Earlier this year, he posted a picture of himself and his wife at The Huntsman: Winter's War screening. He claimed that he brings his wife to movies only if the tickets are free! His earlier movies such as Rush and Star Trek were before his Insta-account time. But, nonetheless, there are plenty of Instagram posts on these movies from his ardent fans. Amanda Seyfried is an intense animal lover going by the number of animal pictures that she has posted. There’s even a duck! Her 1.9 million followers know she loves her dog to bits, and his name is Finley Cooper Seyfried. And, she crocheted a mat for him. She would have posted a picture of Ted had she had her instagram account then. A cool picture to add: a bear that talks. Besides posting animals pictures, Seyfried has found time to talk about her movie, Fathers and Daughters. While Seyfried did not post any pictures for her role as Cosette in Les Misérables, plenty of fans have done that for her! Another animal lover, and an environmentalist, is Leonardo DiCaprio. DiCaprio’s Instagram account has been National-Geographicalised. He has even talked about the environment with President Obama! When he posted his Oscar win for The Revenant, his 10 million followers knew that environmental issues were still on his mind. There are no pictures for his fabulous work in Inception or The Great Gatsby, DiCaprio is an environmentalist nowadays. With 5.4 million Instagram followers, Kate Hudson shows the world how she keeps up her fitness through yoga and pilates. This is how she trained for her running scenes in Good People, which she starred in with James Franco. Hudson plays plenty of real life roles, like the mum in Wish I Was Here. She even let her daughter play make-up with her dewy face. Her Instagram account is a good peep into her personal life. Zac Efron rocks on social media. He has 12 million Twitter followers, and, flip the numbers around, he has 21 million Instagram followers! While there may be some duplication in followers between the two platforms, Efron manages the platforms expertly, using them to promote his works. He seems to be having as much fun in real life, from the look of his Instagram pictures, as he did in his roles in Neighbors 2: Sorority Rising, Dirty Grandpa and We Are Your Friends. Anne Hathaway has 6 million followers but follows only 45 accounts. Not surprising for someone who posts lots of pictures of politicians, quotes, inspiring actors and social messages. Anyone remember the ALS ice bucket challenge? That’s perhaps her most spontaneous post! Nothing much on her Oscar win for her role as Fantine in Les Misérables, and her other movies such as One Day, Song One or The Dark Knight Rises.

While social media platforms help with celebrities’ careers and/or send out  messages on social issues, once a post goes online, it’s not quite possible to remove it. Some celebrities are notorious for posting the wrong things online. Charlie Sheen, for one, made a huge mistake when he tweeted his personal phone number to Justin Bieber! He just had to terminate his line!