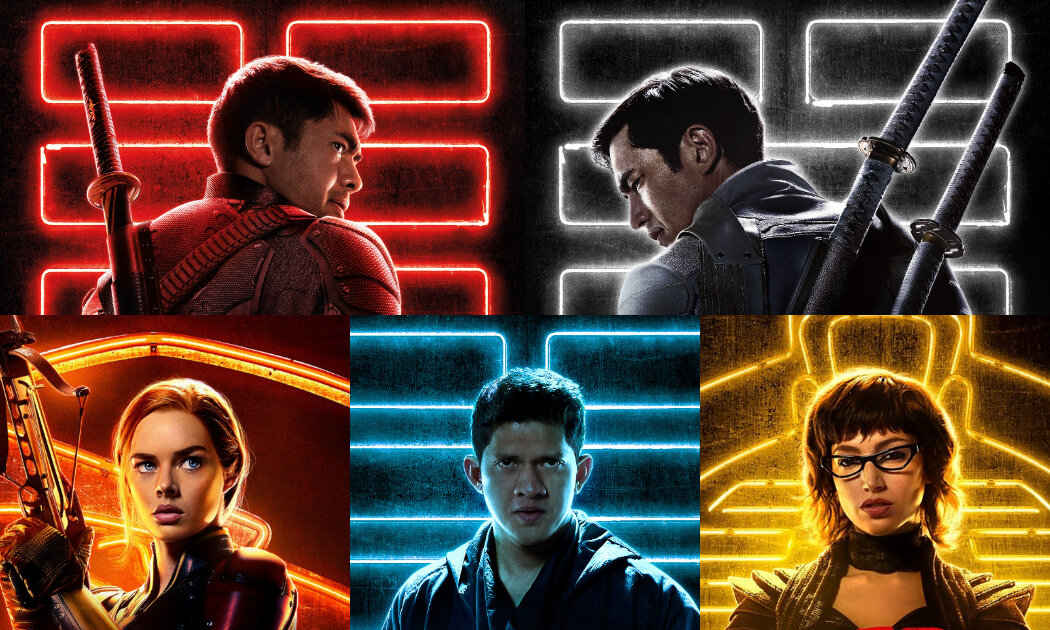 To some, they’re just toys. To others, they’re serious business. Media franchises based on toys, including Transformers and My Little Pony, are multi-billion-dollar enterprises. Another Hasbro property, G.I. Joe, has a rich mythology with legions of fans. G.I. Joe originated as a 12-inch-scale realistic military action figure in 1964, then was relaunched in the 3.75 inch scale in 1982. There have been many iterations since then in cartoons, comics and live-action films, with the basic premise of elite special operatives from the G.I. Joe team battling the evil organisation Cobra. While the earlier comics and cartoons had their roots in the Vietnam War, later iterations have updated this. After a live-action film in 2009 and a sequel/semi-reboot in 2013, Hasbro has been trying to find a way to bring G.I. Joe back to the big screen. Years of development have culminated in Snake Eyes, a spin-off/reboot telling the origin story of one of the most iconic G.I. Joe characters. This is a somewhat controversial move, as Snake Eyes has always been shrouded in mystery. The black-clad, silent ninja is never seen without his mask, so it is at once exciting and risky to have the veil pulled back in a movie that focuses on him.

Veering away from the superhero movie-adjacent nature of the earlier two films, Snake Eyes is more of a martial arts movie, with the pedigree to show for it: Kenji Tanagaki, stunt coordinator of the Rurouni Kenshin manga adaptation movies, is the second unit director and stunt coordinator for this film.

Snake Eyes will set up a new take on the G.I. Joe universe, with the enigmatic ninja as our way in. Before watching the film, here is a primer on the characters you will meet.

A mysterious loner with a troubled past known only as Snake Eyes, our protagonist seems to be an archetypical dark, brooding hero. The film follows his journey from a loner trying to eke out a living on the streets to a masked special operative. Snake Eyes is brought into the fold of Clan Arashikage, a secretive ninja organisation. Facing opposition to his membership, he must prove himself as a worthy warrior.

Snake Eyes was previously played by actor/martial artist Ray Park in the two earlier films. The character’s design in the first film was heavily criticised, because the helmet featured realistic moulded lips. Golding is taking the mantle of this fan-favourite character seriously, enduring four hours of training daily, learning choreography, hand-to-hand combat and sword work, with an extra half hour of cardio and strength training on top of that. Golding told iO9 that he spent time on “all the fan sites, all the Wikipedia pages, the G.I. Joe Wiki pages. [The website] Hiss Tank, I’d listen to those guys.” Golding also had extensive conversations with legendary G.I. Joe comics writer/artist and Vietnam War veteran Larry Hama, who is an executive producer of the movie and has given the film his blessing, even though it deviates from the story he originally devised.

Will the apparent demystification of Snake Eyes hurt the character? Golding doesn’t think so, saying “Answers lead to more questions,” promising that “there will never be enough answers to demystify this guy.”

A key feature that has been present in pretty much every version of Snake Eyes’ story is his long-held rivalry with Storm Shadow. The original designs for the characters flipped the accepted colour associations of good and bad on their ear, with the villainous Storm Shadow dressed all in white. Storm Shadow belongs to Clan Arashikage, and in this telling, he is the one who recruits Snake Eyes into the ninja sect, as the two go from being blood brothers to sworn enemies. Andrew Koji, a British martial artist, actor and stuntman, portrays the character, who was previously played by Korean star Byung-hun Lee in the two earlier films. Koji, the star of the Cinemax martial arts series Warrior, was initially sceptical about accepting the Storm Shadow role. “I didn’t like the first two films,” he says candidly in an interview with Collider, adding “I can say that. I’m allowed to not like a film.” The actor, who is of mixed English and Japanese descent, decided to take on the role in part to give children of similar backgrounds something to aspire to. “I said, 'If I’m gonna play him, I have to do my research into Japanese culture and embrace that.'” While there are heightened elements in the movie, Koji emphasised that he wasn’t interested in playing a superpowered character, saying “a kid growing up might be able to watch that film and see a more realistic, grounded portrayal and feel like they can act and they can do this.”

While focusing on Snake Eyes and Storm Shadow, the film introduces elements of the wider G.I. Joe mythology. Cobra, the terrorist organisation whom G.I. Joe fights, is a key part of that. A European heiress, Anastasia Cisarovn became the head of intelligence of Cobra, and second-in-command only to Cobra Commander. The character was introduced in the first issue of Marvel’s original G.I. Joe Comics, later crossing over into the animated series and the toyline. Clad in a black leather catsuit and wearing her signature glasses, Baroness is the ultimate femme fatale. 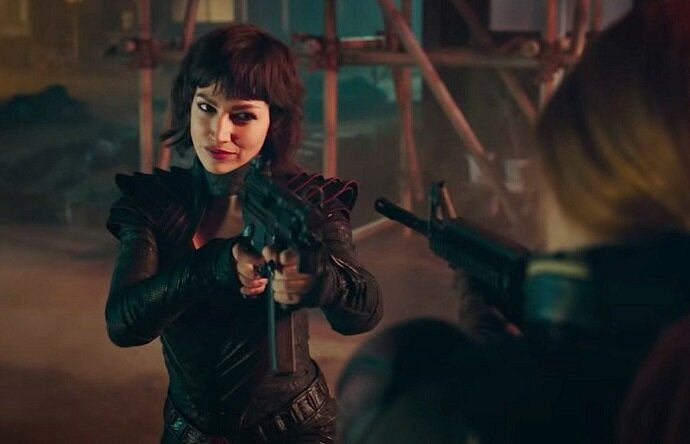 Baroness was played by Sienna Miller in the first live-action film. This iteration, named Ana Lewis, was poorly received by fans, as the character’s backstory was changed drastically. She was portrayed as the American ex-fiancee of G.I. Joe recruit Duke, marrying a baron instead of being a baroness by birth. Snake Eyes appears to give fans a more faithful version of this key character, who is played by Spanish actress/model Úrsula Corberó. Corberó is one of the breakout stars of the series La Casa de Papel (Money Heist), making her Hollywood debut with this film.

A G.I. Joe counterintelligence specialist who is a formidable martial artist and acrobat, Scarlett is one of the core members of the team and often depicted as a founding member of G.I. Joe. Her weapon of choice is a high-powered mini crossbow, which she wields in most iterations of G.I. Joe. Scarlett was the first woman to appear in the G.I. Joe toyline.

Scarlett was portrayed by Rachel Nichols in the 2009 film, and is played by Australian actress Samara Weaving in Snake Eyes. Weaving has gained attention for roles in films like Ready or Not and Bill and Ted Face the Music, as well as TV shows like Ash vs Evil Dead and Hollywood. She is also the niece of actor Hugo Weaving. “To be honest with you, I’m not in a lot of it,” Weaving told Collider. “I’m there as a guide, if you will, but it was a wonderful experience.” Weaving was able to bring her long-time stunt double Jacky Guerts aboard. It seems Scarlett is the first G.I. Joe member who will make an appearance in this take on the franchise, and it is possible that G.I. Joe as an organisation has not yet formed during the events of the movie.

In the comics, Hard Master is the uncle of Storm Shadow and the leader of Clan Arashikage. After Snake Eyes is accepted into the clan, Hard Master eventually chooses the outsider to be his successor over his own nephew, sparking the intense rivalry between Snake Eyes and Storm Shadow. Storm Shadow betrays his uncle and kills him, and with his dying breath, the Hard Master denies that his nephew would ever do such a thing. Hard Master was portrayed by American martial artist/actor Gerald Okamura in the 2009 film, in flashback sequences that depicted Snake Eyes’ origin. In Snake Eyes, the character is played by Iko Uwais, further reinforcing the movie’s credibility as a martial arts film. The Indonesian star is best known for The Raid and its sequel, crossing over into Hollywood with films like Star Wars: The Force Awakens, Mile 22, Stuber and Beyond Skyline.