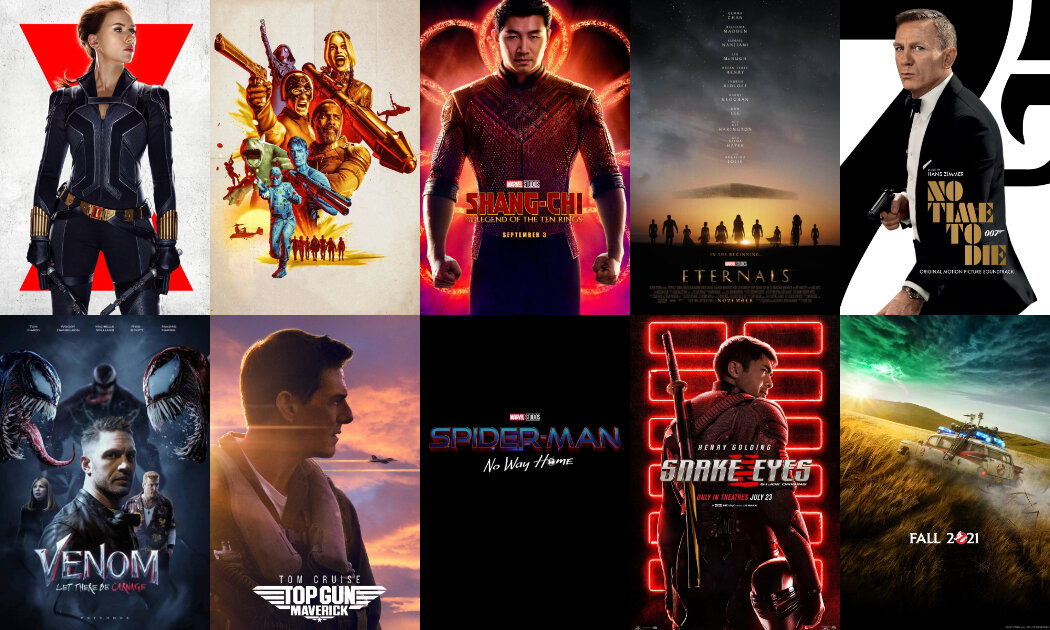 2020 had been a downer, not just in terms of how the pandemic has us all cooped up at home, but also its cascading effects. Shops closed, entertainment avenues shuttered, and film productions came to a screeching halt. Movie releases have been pushed back time and again.

Thankfully, things are looking up this year. The cinemas are filling up again, thanks to film productions swinging into full gear, and new movie releases have finally nailed down their opening dates.

And it’s looking like a great last 6 months of 2021. We are treated with blockbuster after blockbuster, starting with a bang on 1st July with F9: The Fast Saga. Dominic Turreto is back with his gang, or family, to face off with his brother Jacob Turreto (John Cena). Beyond that, here are 10 more films we can’t wait to watch. We know beloved Avenger Black Widow (Scarlett Johansson) met a tragic death on Vormir, so that Hawkeye could retrieve the Soul Stone. But thanks to her standalone movie, we could see her kick butt once again.

The movie takes place following the events of Captain America: Civil War (2016), when Natasha finds herself alone and on the run. We get a glimpse into her past, and see her reuniting with her “family” from said past. Also starring Florence Pugh as Yelena Belova, David Harbour as Alexei Shostakov and Rachel Weisz as Melina Vostokoff, the movie is action-packed and entertaining. Pugh and Harbour are particular standouts in their comedic delivery. Do stay for the post credits scene.

Henry Golding is back. But this time, he is not crazy rich, but the mysterious lone fighter, “Snake Eyes”. The character is no stranger to us. Those who had seen the G. I. Joe movies would recognise Snake Eyes as the wordless, stealthy fighter covered in black from head to toe.

This is an origin movie, covering how he is recruited into the secret ninja clan of Arashikage. When his past gets revealed, his loyalty and honor are tested, leading him on the path to become one of the G.I. Joes. The movie also features an international cast of Samara Weaving, Iko Uwais, Andrew Koji and Úrsula Corberó. Is it a sequel? Is it a reboot? That has been the question circling the movie since it was announced. While it was initially intended to be a sequel, it has become more of a reboot. This time, we are back at Belle Reve, the prison with the highest mortality rate in the US, and where the Super-Villains are kept. They will do anything to get out. And as luck may have it, they get recruited to the super-secret and shady Task Force X where they are dropped off at the remote, enemy-filled island of Corto Maltese. 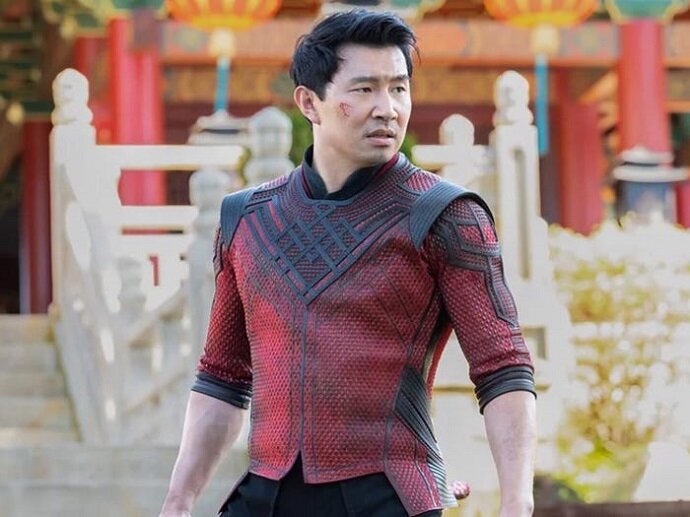 The second of three Marvel movies this year is the 25th film in the Marvel Cinematic Universe (MCU). It marks the first time a Marvel movie rests squarely on an Asian lead, and the actor with the shoulders to carry it is Simu Liu, who plays the title character.

Trained since young to be an assassin by his father Wenwu (Hong Kong veteran actor Tony Leung), Shang Chi left for a normal life in San Francisco, except that trouble follows him wherever he goes, and like any hero, he has to confront his past. Also starring in the movie are Awkwafina, Michelle Yeoh, and Ronny Chieng. Benedict Wong also makes an appearance, reprising his role as Wong. 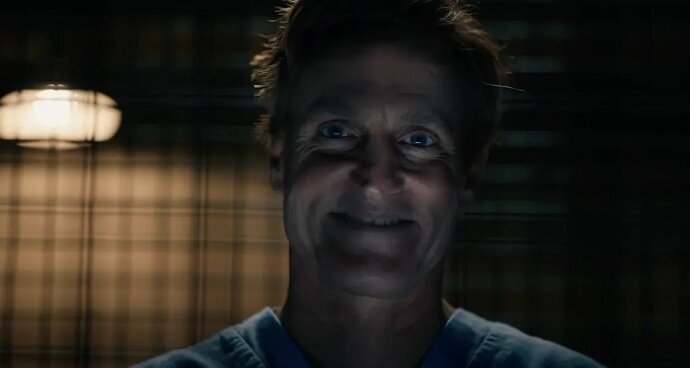 If you have seen the first Venom movie in 2018, you may have caught Woody Harrelson’s cameo at the end, where it seems to suggest that he is the villain Carnage. All that was confirmed when the title of the Venom sequel dropped.

This sequel, directed by Andy Serkis (most famous as the actor behind Gollum in the Lord of the Rings series), picks up one year after the events of the first movie, where Eddie Brock (Tom Hardy) readjusts to life as the host of Venom. As a fledgling investigative journalist, he tries to revive his career by interviewing Cleus Kasady (Carnage), and all hell breaks loose. Reprising her role is Michelle Williams as Anne, Brock’s ex fiancée. Naomie Harris joins the cast as Kasady’s love interest.

Third time’s the charm for the latest Bond Movie. The movie was supposed to hit the big screen in April last year, but COVID19 hit so fast that not even Bond can withstand its force. The 25th instalment in the Bond Universe, and Daniel Craig’s last Bond outing, sees Bond five years after his service. He was approached to help in the search for a missing scientist. And in his search, Bond comes face to face with a villain whom he must stop before millions of lives are lost.

Returning to the series are Léa Seydoux as Dr Madeleine Swanne, Ralph Fiennes as M, Ben Whishaw as Q and Craig’s Knives Out co-star Ana de Amas joins the cast as well. Rounding up the cast are Rami Malek and Christoph Waltz.

There is no denying that this latest Marvel movie has an epic cast. Leading the movie is Gemma Chan as Sersi. You may remember her from Crazy Rich Asians and Minn-Erva from Captain Marvel. Then there is the formidable force that is Angelina Jolie as fierce warrior Thena. Other familiar names in the cast include Salma Hayek, Kit Harington, Richard Madden, Kumail Nanjiani and Brian Tyree Henry.

The premise of the movie follows the tragedy of Avengers: Endgame (2019). The Eternals, an immortal alien race, who had lived in secret on Earth for more than 7,000 years, decide to emerge to protect humanity from their enemies, the Deviants. 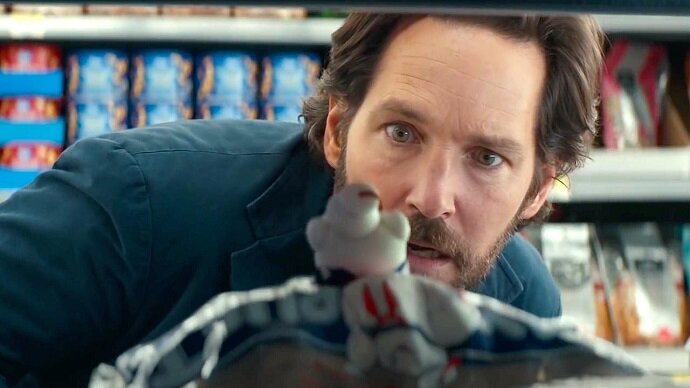 Ghostbusters: Afterlife is the sequel to the 1989 Ghostbusters II. Set 30 years after the second movie, it follows a single mother and her two children in a small town of Oklahoma, where they discover their connection to the original Ghostbusters. When supernatural troubles brew in New York City, they must save the city. The movie stars the original Ghostbusters Dr. Peter Venkman (Bill Murray), Dr Raymond Stantz (Dan Aykroyd) and Dr. Winston Zeddemore (Ernie Hudson), New to the movie are Paul Rudd, Finn Wolfhard and Mckenna Grace. 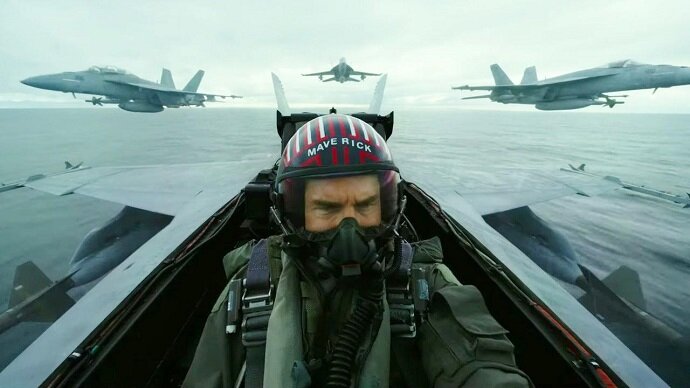 After over 30 years of service as one of Navy’s top aviators, Maverick (Tom Cruise) still feels attached to his job which is his life passion. He is tasked with training a detachment of Top Gun graduates for a specialised mission that will test their limits, patience, and everything they’ve got. At the same time, Maverick must face some demons of his past, in the form of Radar Intercept Officer Lt Nick Bradshaw (Miles Teller), call sign “Rooster”. Nick is the son of Goose, Maverick’s former partner in crime, at work and in life. If you had seen Top Gun, you would be familiar with Goose’s tragic death and Maverick’s torture. Will his personal feelings interfere with the mission at hand? Jennifer Connelly, Jon Hamm and Ed Harris co-star. Val Kilmer returns as Admiral Tom “Iceman” Kaznasky, whom fans would remember as Maverick’s arch enemy in the original movie. If you have seen Spider-Man: Far from Home (2019), you would recall that Spider-Man (Tom Holland) was in a bit of a pickle, having been outed by Jake Gyllenhaal’s Mysterio as Peter Parker. So this sequel would be an interesting one. Unfortunately, not much is revealed about its plot; we only know Zendaya, Jacob Batalon and Marisa Tomei return as MJ, Ned and Aunt May. What is interesting is that Jamie Foxx and Alfred Molina return to the franchise as Electro and Doctor Octopus. Benedict Cumberbatch’s Doctor Strange will also appear in the movie.