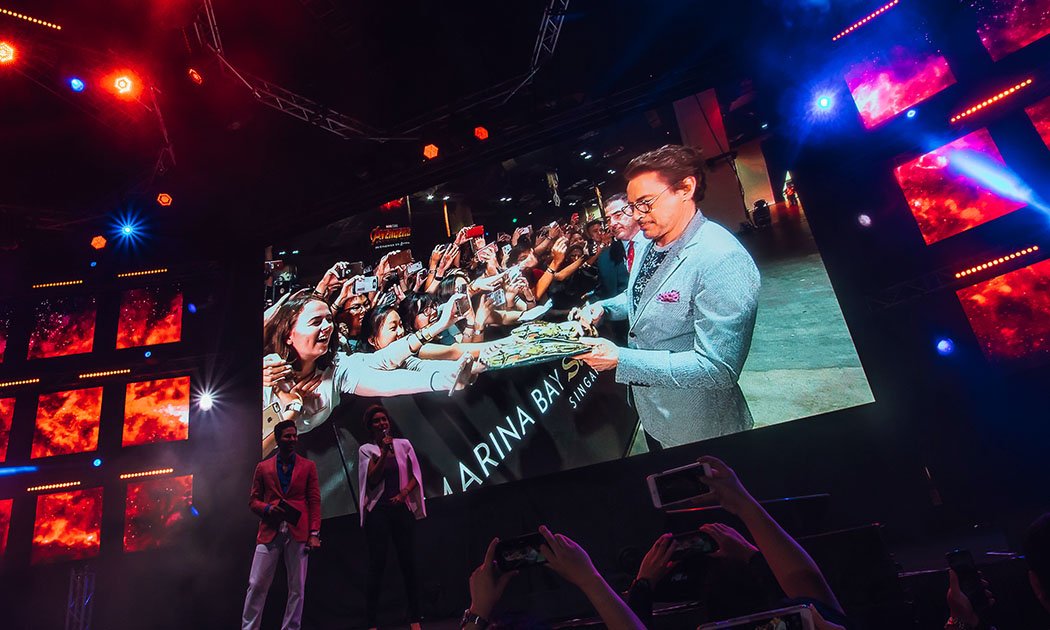 Has any of the stars read the full movie script?

What did the directors do to keep the movie under such tight wraps?

Do Benedict Cumberbatch and Robert Downey Jr.like each other?

The answers to these questions were revealed at the Purple carpet Fan event held on 16th April at Marina Bay Sands. 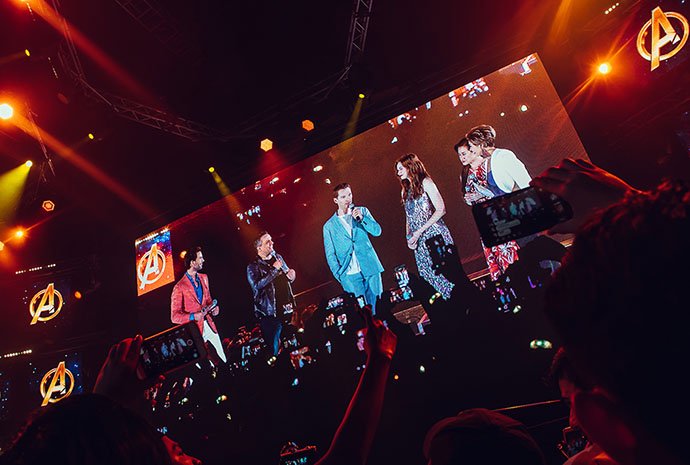 The Avengers: Infinity War cannot be a more epic film. And to select a country for this special event, director Joe Russo picked Singapore for a special reason, “I was here for Civil War two years ago, and I said I absolutely have to come back for Infinity War because Singapore has the greatest fans.”

With that, thousands of fans queued up to gain access to the special free but registered fan event created just for us.  Some even travelled from Indonesia for this. Way before the queue line was open for registration at 7 am, crowds have already mushroomed overnight. 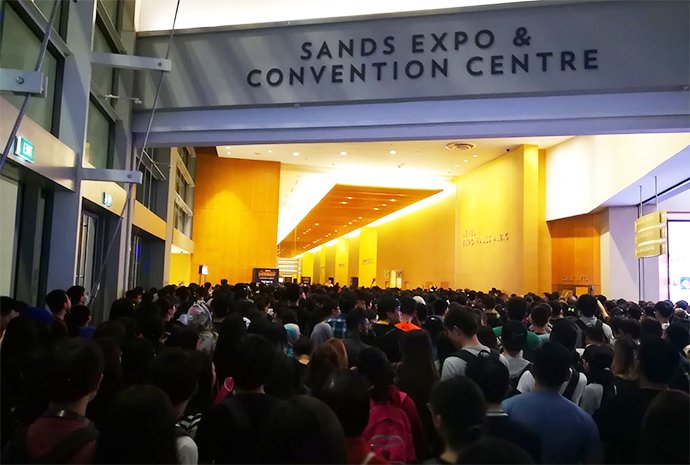 We, at Catchplay, too, jumped onto the queue bandwagon at the crack of dawn, and thankfully, managed to secure a spot at the event plaza after a 4-hour wait. 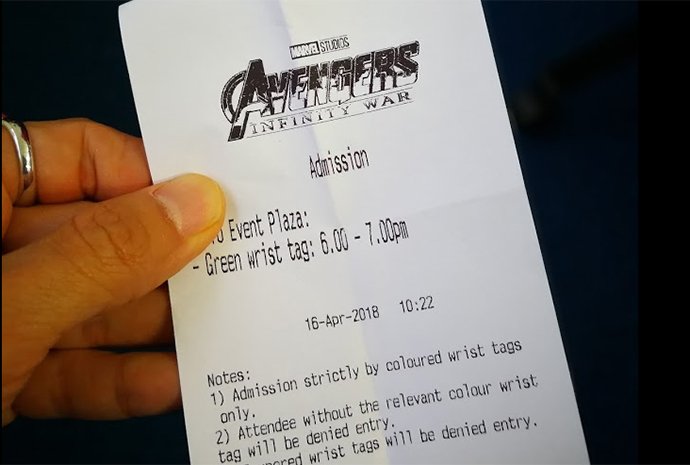 To reward us for the back-breaking, leg-numbing queue, we were given a rubber foam Infinity Gauntlet, an LED wristband, oh and a poncho for the rain or shine event. Thankfully, the weather held up. The wait was worth it. The purple carpet was electrifying when the stars came out. 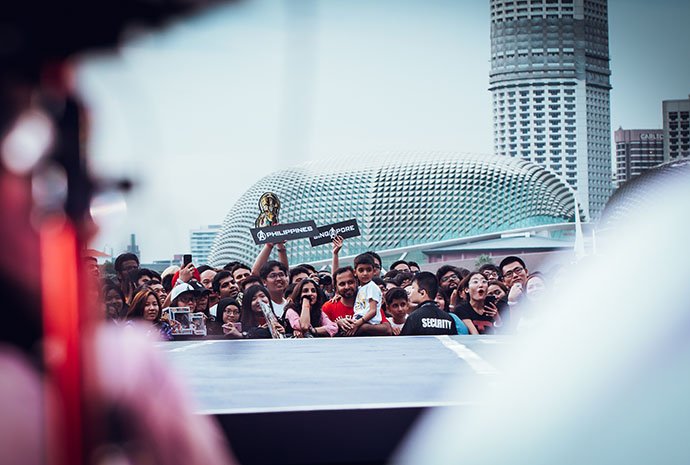 And the stars were appreciative, with Karen Gillan, who plays Nebula, enthusing, “you’ll have so much energy in Singapore”, before sharing that she was impressed with the dedication of the die-hard fans who queued up since the evening before. 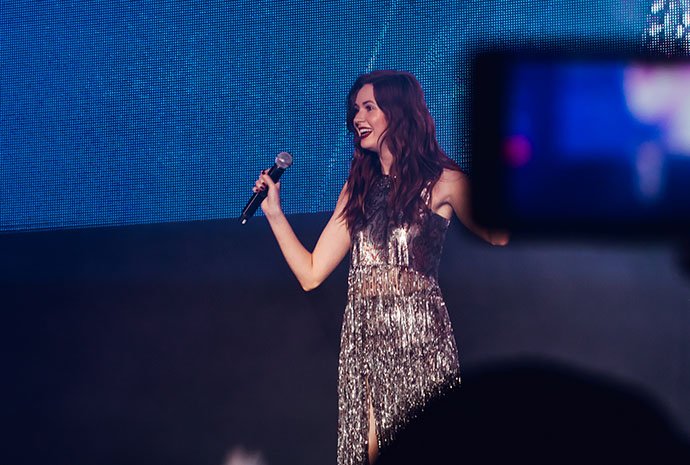 Meanwhile, Robert Downey Jr. and Benedict Cumberbatch took time to take selfies and signed autographs to a never-ending stream of fans, and especially made sure to sign for their young fans. At the main stage, the cast, director and executive producer Trin Tranh gave us a glimpse into the movie and what goes on behind the scenes.  For instance, Tranh shared that to keep the lid on the storyline airtight, she worked with the Russo brothers to create fake versions of the script so that no one, especially not Tom Holland, can accidentally reveal any part of the story. 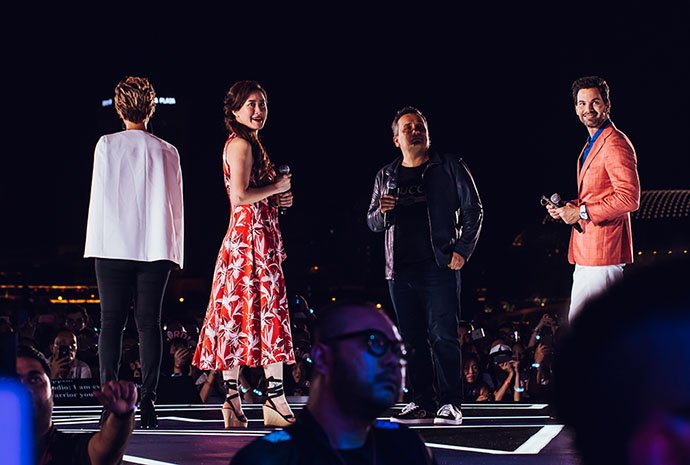 (Producer Trin Tranh with director Joe Russo in the middle)

And Robert can attest to this. He shared with the crowd, “we have been shooting scenes blind, we don’t know what they might mean,” and the crowd lapped up his words. The majority were there for their beloved Iron Man. In fact, when Robert bounded onto the stage with an energetic “this is fantastic!”, he was greeted with an uproarious “Hi Robert!” from the 4,000-strong crowd. 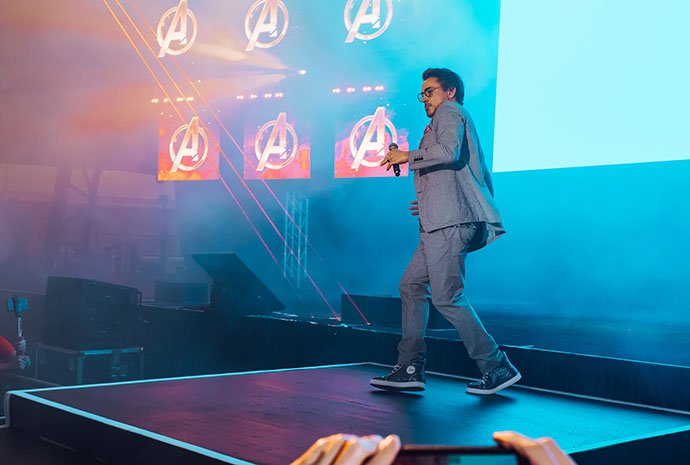 Meanwhile, Karen Gillan recounted her entrance into the Marvel Cinematic Universe. She was so stoked at landing a role in Guardians of the Galaxy that she agreed to shave her head even before knowing which role she scored. So did she miss her hair? “Marvel was amazing, they made me a wig of my own hair,” she revealed. 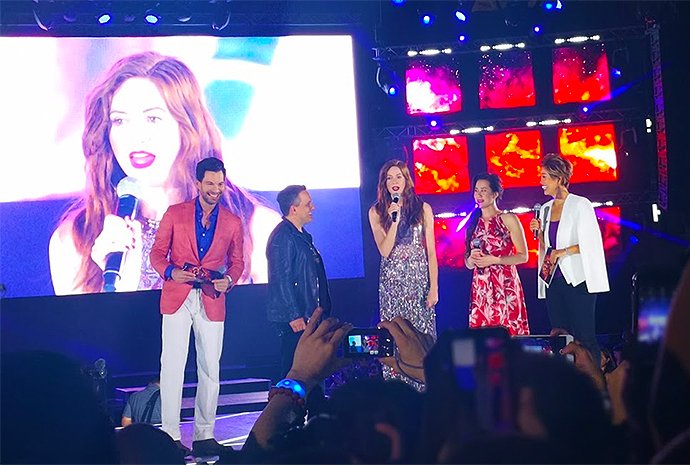 Finally, when asked about working with Benedict, Robert made more like a declaration of "bromance" love, “I’m sorry Mark Ruffalo, the science bros thing is over. It’s now about me and the Batch!” The fans went absolutely nuts at this point.

And recognising the important role fans play is Benedict. When he was asked about what makes Avengers: Infinity War truly unique in his body of work as an actor, he answered in that deep baritone of his with just two impactful words- “the fans”. 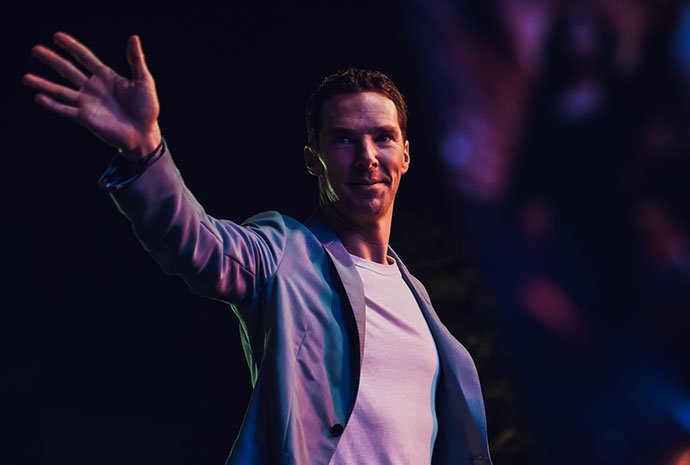 Avengers: Infinity War marks the 10th year since the first Marvel movie- Iron Man was released in 2008 and it has been, in Robert ’s own words, “a heck of a journey”. He joked, “obviously, we’re getting a bit more attention than we used to,” before ending with, “this has to be the coolest set I’ve ever been. “ 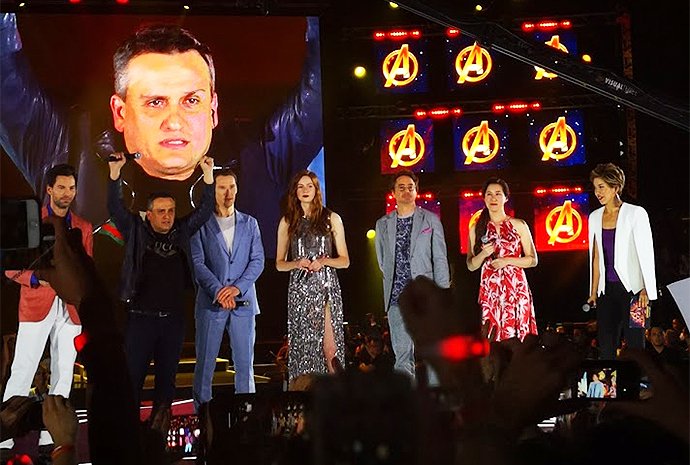 And with that, the cast left us with a deeper yearning for Avengers: Infinity War, releasing in Singapore on the 25th April. And we really can’t wait. 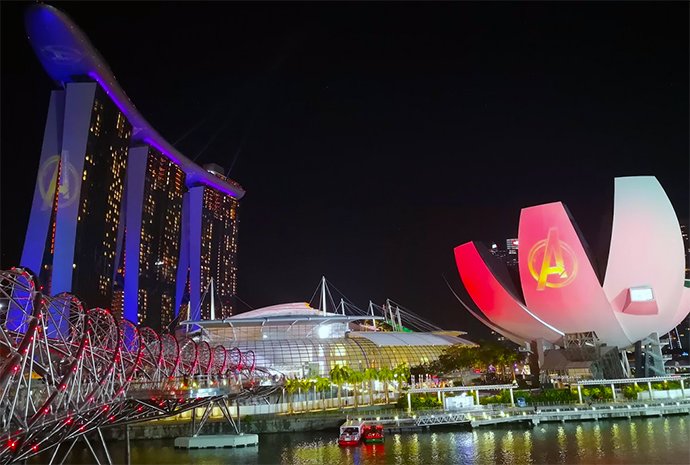