One of the keys to the Marvel Cinematic Universe's success is its ability to make each movie a stand-alone success, while still providing an overreaching arc that leaves you hungry for the next. That's what makes the production trailer for Avengers: Infinity War so exciting. Iron Man, Guardians of the Galaxy, Spiderman and yes, Doctor Strange will be united with the rest of the Marvel Universe in the latest ensemble film.

The production trailer shows us where the trail of breadcrumbs Marvel sprinkled in the previous movies leads. We are tantalised with glimpses of the infinity stones, along with Robert Downey Jr's always on-point Iron Man, newcomer Tom Holland's wise-cracking Spider-Man, and previously isolated Star Lord, portrayed to perfection by Chris Pratt, all on the same side and working together. This is the first time the larger Marvel Cinematic Universe has been included in a film, and fans are thrilled about it! 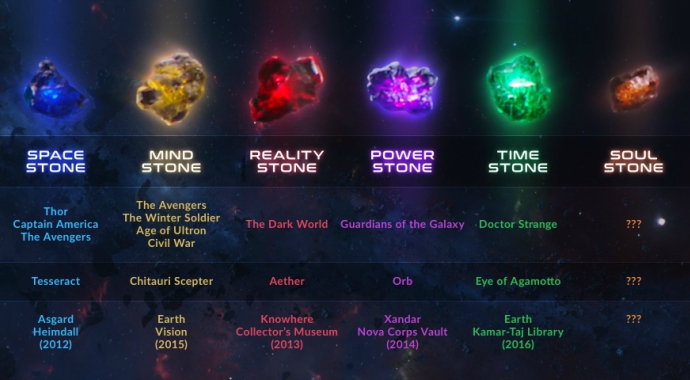 The Infinity Stones - where are they now?

The challenge of any action movie is keeping the audience in suspense while making sure that we have a rewarding ending where our heroes win. We don't expect our Avengers to lose. However, a quick review of the contracts being held by the regular cast members reveals that several of our favourites could be leaving the franchise. Will someone be killed off? Will this be a final movie for one of our favourite characters? We'll have to watch to find out! Thanos (The Baddest of the Baddies, played by Josh Brolin)

Avengers: Infinity War, is slated for release in May 2018.