You know you’ve arrived when the movie studio does an eleventh-hour effort to include you in a movie poster when said movie is opening in just a couple of days! That’s exactly the situation Henry Golding finds himself in, as he gets equal billing on a movie poster starring A-listers like Anna Kendrick and Blake Lively for A Simple Favor. 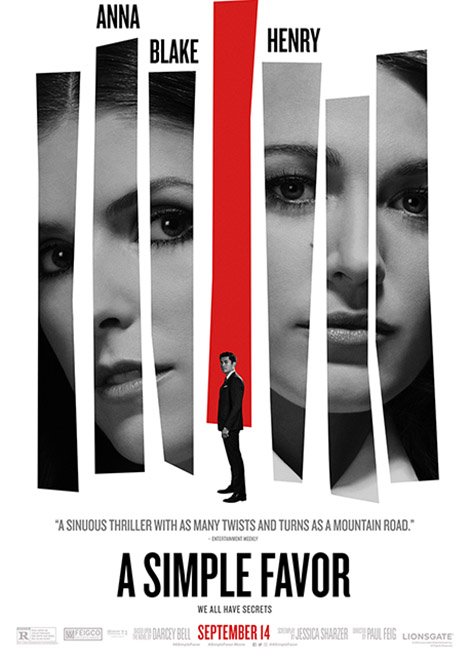 Lionsgate flew the Crazy Rich Asians star from Singapore to Los Angeles on the last day of August for a shoot at the home of Lionsgate chief brand officer Tim Palen, himself an award-winning fine art photographer. Palen has a studio behind his home and did the quick shoot. 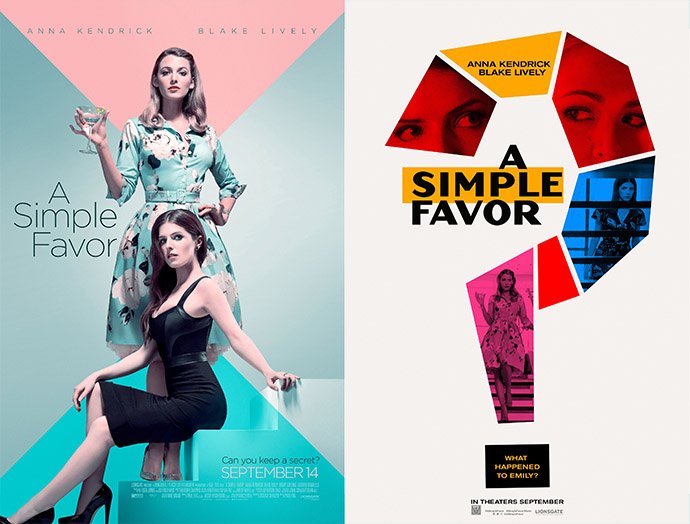 The previous promotional posters for the movie only feature Kendrick and Lively, which is unsurprising, since when Golding was first cast last year, no one knew who he was. In fact, it was already considered pretty unusual for an actor with no previous acting credentials to be given such a weighty role opposite two stellar actresses.

Lionsgate made this move after what they described as “Hurricane Crazy Rich Asians”, as the movie vaulted Golding into stardom at super speed. Palen told Hollywood Reporter, "A month ago, a huge number of people didn't know Henry, and I think the spread of his fame and popularity is obviously due to the huge success of [Crazy Rich Asians]."

Golding’s previous industry experience was only mainly in hosting; he hosted The Travel Show with the BBC. Palen likens Golding to Marlon Brando, as he feels Golding shares the same charisma as the late screen legend. His fast-tracked popularity reminds him of Brando in A Streetcar Named Desire, which catapulted Brando to fame overnight. He said, “It's like a rocket showed up and the whole world turned and noticed," he says. "A rocket called Henry doesn't come along very often."

1. Where Did He Get His Looks?

If you can’t quite put your finger on where he’s from, that’s because he’s a “hybrid”. Golding’s mother is a Malaysian of Iban ancestry and his father is English. In fact, where Golding grew up is just about as far from Hollywood as ever. He was born in Betong, Malaysia and spent his childhood in n Terengganu, East Coast of Malaysia. 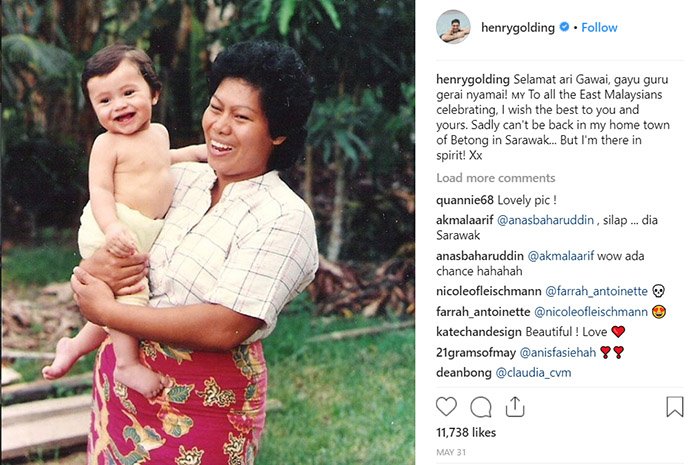 2. He Can Whip Your Hair Into Shape 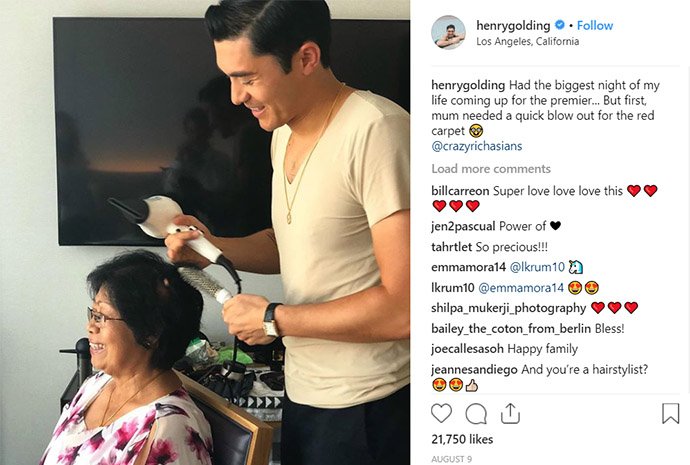 It would seem Golding is multi-talented. He shifted from Malaysia to England at aged 8, and after his studies, he worked as a hairdresser on Sloane Street in London for a couple of years. This means he can do a mean blowout if you ever needed one. 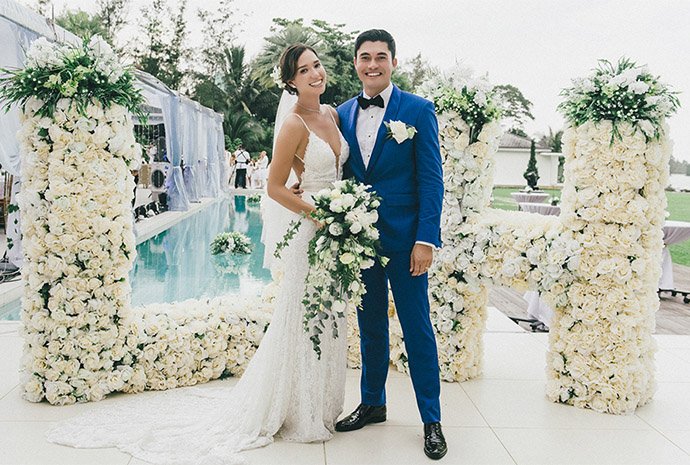 Oozing charm and exuding plenty of charisma, Golding is now the heartthrob of every girl’s dream, but sorry, the strapping actor is taken. He married Italian Taiwanese TV presenter and yoga instructor, Liv Lo in August 2016.

4. Rubbing Shoulders with Movers and Shakers

Despite being incredibly new in the Hollywood scene, Golding is holding his own pretty well. In fact, he looks like he’s been doing it for years. He’s been sitting in the front row with Anna Wintour at Fashion week, chatting with the likes of Tom Hanks and Rita Wilson, as well as hanging out with Whoopi Goldberg.

Crazy Rich Asians is Golding’s debut and career-changing movie, but he almost didn’t get the part of Nick Young. He declined to audition, convinced he wasn’t the right choice for the role, thankfully, director Jon M. Chu had his eye on Golding already and urged him to try, and the rest is history. Golding said, "They sent about three or four emails asking me to audition and I was like no, no, no, no, no, I'm not an actor. I'm sure there's somebody absolutely amazing, ready for this role, and the studio's not going to gamble on a newbie." He added, "Well, they damn well did."

And if he hadn’t appeared in Crazy Rich Asians, Golding would not have a spot on the poster of A Simple Favor. 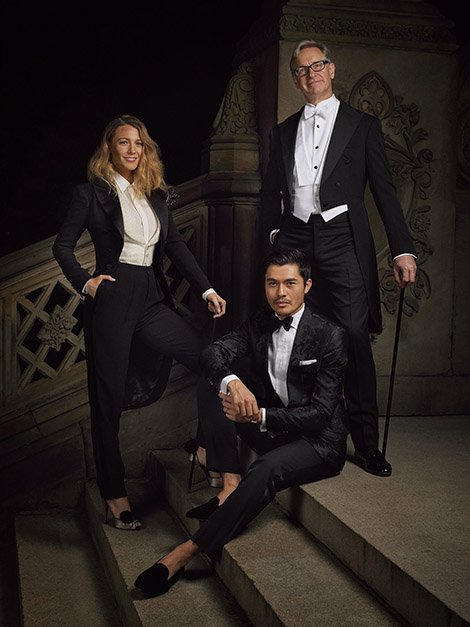