Then, in 2005, Memoirs of a Geisha brings us a stellar cast of Michelle Yeoh, Ken Watanabe, Ziyi Zhang and Gong Li. Since then, there hasn’t been a Hollywood movie featuring Asian actors on such a global scale. And perhaps this is a sign of more changes to come in the film industry, to be more inclusive in its casting choices. And for Singaporeans, we’re just swelling with so much pride now we’re about to burst, because our tiny red dot is prominently featured in the movie, and spectacularly too. That scene at Gardens by the Bay with Marina Bay Sands as the backdrop to a magnificent display of fireworks isn’t something we see every day.

Here are 10 crazy facts about the production: We all know Malaysian-born, Singapore-based actor Henry Golding (Nick Young) is the star of the show, but apart from him, there’s a strong Singapore “contingent” in the movie, acting alongside heavyweights like Michelle Yeoh. In the picture above, you can see veteran stage actresses Janice Koh, Amy Cheng, and our favourite Dim Sum Dolly Selena Tan enthusiastically clapping away behind Yeoh. That’s not all. Then there’s Tan Kheng Hua, looking displeased at a clothes store. She plays Rachel’s (Constance Wu) mother. Exactly what is she doing? We can’t wait to find out. 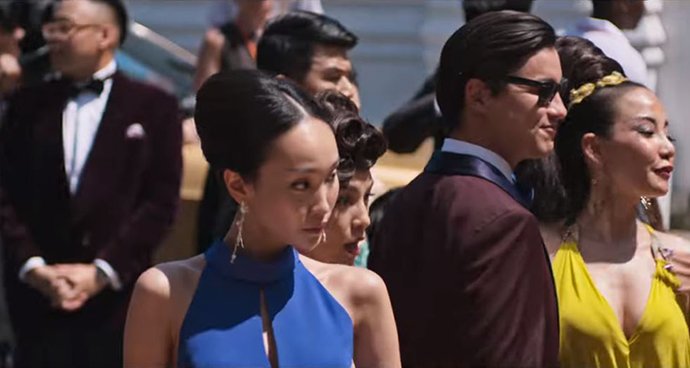 She was once the hottest actresses of her generation before taking a break from acting, and now Fiona Xie is back, with a bang. She plays Kitty Pong (the one on the right), girlfriend of Nick’s cousin and one heck of a gold digger. 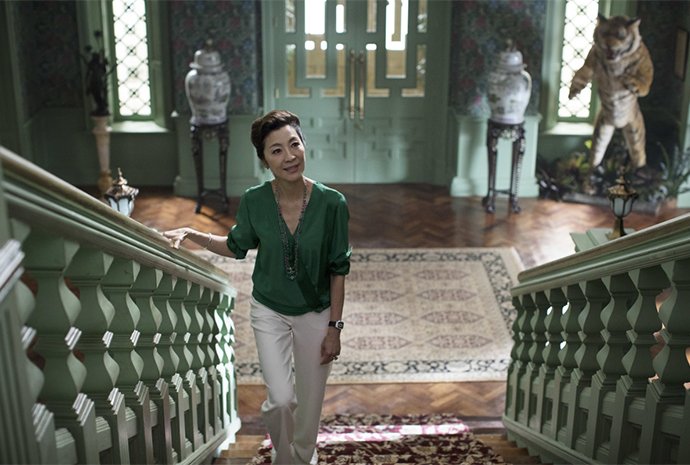 3. All of Singapore’s Top Tourist Spots are Represented

Just from the trailer alone, we’ve seen the most famous local sights being featured in the movie. There’s the must-visit outing to see the Merlion, our official mascot. Next, we can see our unmistakable CBD skyline, the three imposing towers of Marina Bay Sands, and the towering super trees in Gardens by the Bay. Apart from these obvious tourist spots, our famous Newton Hawker Centre is also featured, and in one of the scenes, Rachel is seen talking to her best friend, Peik Lin along Bukit Pasoh, a conservation area featuring shop houses designed in art deco styles. 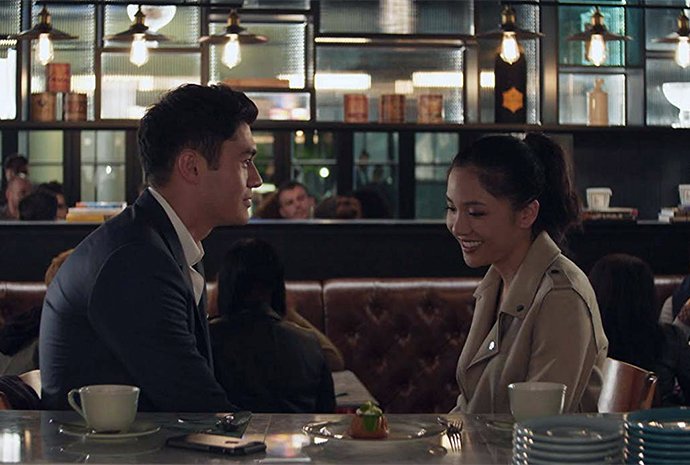 The movie was filmed primarily in Singapore and Malaysia, so these two countries doubled up for other locations. For instance, Penang actually was used to film scenes of Nick and Rachel when they were in New York’ West Village!

While we are on the subject of filming locations, there’re some locations in Singapore used in the film that make them almost unrecognisable.

Remember this scene from the trailer? It’s actually filmed in the Infinity Pool at Marina Bay Sands. And why are a bunch of people doing aqua-aerobics at night? Your guess is as good as ours. Did you know the scenes above are filmed in the CHIJMES Chapel? Who knew it’s like a jungle in that chapel? The backdrop of the impressive Young residence is actually at Tyresall Park, a historical estate near the Botanical Gardens. Before production, it was actually fenced up and restricted to the public. Look how well it looks when cleaned up!

And can we just admire this stunning scene at Gardens by the Bay? Just breath-taking!

6. It’s Not a Production in Singapore without Karaoke 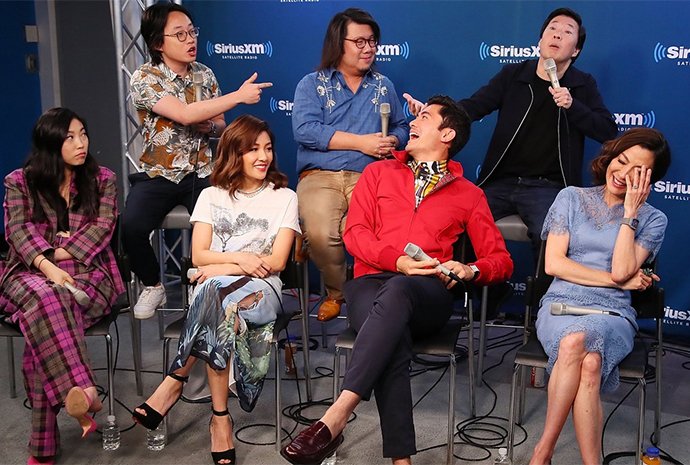 Apart from eating, one of our favourite hobbies is karaoke, and with the cast in town or the duration of filming, they spent many nights going to dinner and the after-dinner activity of karaoke. The best crooner in the group is likely to be Ronny Chieng, a Malaysian born actor who plays Eddie Cheng, Nick’s cousin. Apparently, he is a huge fan of Ariana Grande and sings one of her songs at every karaoke session.

Very much so. Author Kevin Kwan wrote the book based on his experiences growing up in Singapore. Born in Singapore but moved to the US at 11, Kwan recalled visiting a family friend’s house, which was “an enormous estate that had a sunken pond in the middle of the living room filled with baby sharks.” That visit left such a huge impression on him that it was the inspiration for Pei Lin’s sprawling house. Kwan also shared that when he finished his manuscript, his editor had problems believing the extravagant things his characters did and asked him to tone down for believability. Undaunted, Kwan sent his editor newspaper articles reporting on these unbelievable but true antics to justify his story. If you’ve seen Ocean's Eight, Awkwafina would have left a deep impression on you. In Crazy Rich Asians, she’s up the ante. In Kwan’s book, Peik Lin is a popular character but Awkwafina has other ideas and director Jon M. Chu lets her improvise Peik Lin, and you’ll notice that in some scenes, Peik Lin has a thick southern accent! Awkwafina does this when she gets nervous, although, from the trailer, she looks like a natural. 9. Helmed by the Best
Apart from getting the best actors, the crew working behind the scenes are pretty stellar too. Director Jon M. Chu has some impressive films under his belt, like the 3 Step Up movies, G.I. Joe: Retaliation and Now You See Me 2. And he’s Asian. The people responsible for bringing the opulence, tastes, traditions and culture of the Crazy Rich Asians are designer Nelson Coates and set and interior decorator Andrew Baseman. Coates is best known for his design work on the Fifty Shades franchise while Baseman has done work on Eat, Pray Love and the TV series Boardwalk Empire.

After its initial release, the Crazy Rich Asians trailer reached over 1 million views. That’s no small feat, since this isn’t a familiar franchise movie like Mission: Impossible or Fast & Furious. Who knew there’s so much interest on these Crazy Rich Asians in Singapore?

Mark your calendars and prepare to see our little red dot represented on the big screen in the most extravagant way!