The 2010s has been a strong decade for Singapore cinema, with the emergence of younger talented filmmakers, and established voices holding the fort. We are probably witnessing the biggest wave in recent years, not just because of the work of one or two trailblazers, but a group of directors whose eclectic output suggests an assured future for our country’s increasingly vibrant film industry. This article traces five key Singaporean films—and great ones to boot—of the 2010s, well, so far… The first and only animated feature from Singapore to hit that rare bar of quality, Tatsumi premiered at the Cannes Film Festival in the Un Certain Regard category. A film about Yoshihiro Tatsumi, a Japanese manga artist known to have developed and mastered the gekiga (meaning “dramatic pictures”) style of alternative comics, Tatsumi is arguably Eric Khoo’s most artistic and personal film to date. Depicting a dark neo-reality that draws from a number of influences such as Akira (1988), Tatsumi does not hold back in its portrayal of societal decay caused by a myriad of factors, including urbanisation. Khoo’s work is an underrated and layered gem, but unfortunately it is not widely seen. Among many things, Tatsumi shows that it is possible for Singapore to produce quality anime, and that one doesn’t always need to look to Singaporean stories for inspiration. The proud recipient of the Cannes Camera d’Or and the winner of four Golden Horses, including Best Feature Film and Best New Director, Ilo Ilo is one of the finest films to come out of the country. Anthony Chen's astute depiction of life in the late ‘90s, centering on the relationship between a young boy and his maid, is both nostalgic and a longing return to an imperfect past. It is also funny, endearing and accessible, proving the filmmaker’s confident grasp of his material. What’s most resonating for me is how Chen essentialises the nation’s success story implicitly into the form of the ‘Singapore New Town’, a spatial and architectural construct where the shared dreams and uncertainties of a community are pit against the looming dawn of the new millennium. The nuanced direction certainly offers both characters and viewers the prospect of hope and a sense of looking forward to. A gem to savour, The Songs We Sang is Eva Tang’s first feature-length documentary. It covers the 'xinyao' music of the ‘80s and early ‘90s, a unique phenomenon that is still proudly Singaporean, yet somewhat forgotten in what seems like a cultural amnesia. Intended to be not just a reflection of the past, but a poignant reminiscence of a wonderful, creative peak for our country's music scene, Tang’s film is a treasure trove of remarkable songs—we hear snippets of them while they frequently punctuate the film. I wasn't even born when 'xinyao' sowed its first seed, but as the film unfolded, I felt something intangible brewing inside me. Perhaps it is the nostalgic, even nationalistic, feeling of connecting to my own country’s history and culture, by virtue of its vestiges re-manifesting themselves as songs and sentiments. In time to come, Songs could be immortalised as one of the finest documentaries ever produced by a Singaporean. 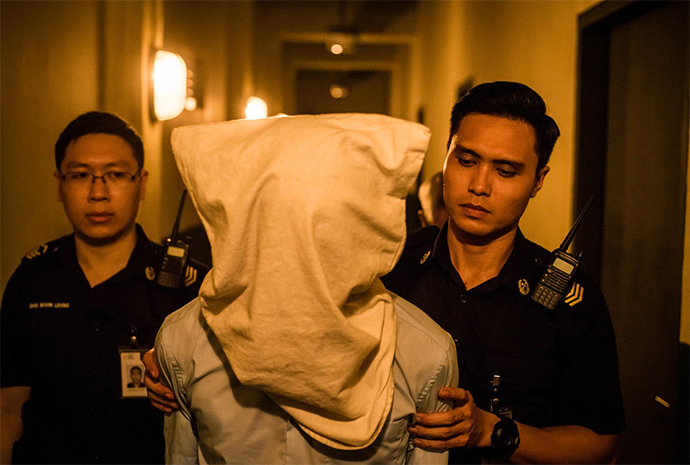 The highly-anticipated follow-up to Sandcastle (2010), Apprentice sees Boo Junfeng moving in the right direction as a filmmaker with the film competing in the Cannes Un Certain Regard category. It functions not just as a character study of one man's psychological burden, but through his uncertain moral bearings, the film pivots precariously on the glaring and controversial issue of the death penalty. The picture doesn't fervently align with any side, but there's a subtle nod towards the virtuous—if complex—notion of compassion. Boo's direction is restrained, never calling his craft to attention, thus channelling a low-key vibe that works well with the heavy subject matter. There are no theatrics, but there are powerful moments of character interplay between the apprentice and his mentor, the chief executioner. As long as the death penalty continues to persist in Singapore, Apprentice will be eternally timely for all of us. The winner of the Screenwriting Award at the Sundance Film Festival earlier this year, Kirsten Tan continues Singapore cinema’s sure-footed trajectory into the future with this charming film about a disconsolate man and his elephant. Her debut feature is about discovery and recovery, and about trying to find meaning in an uncertain world, marked by a continual stasis. For me, the most immediately striking aspect of Pop Aye is the inspired use of music, very much integral in creating the film’s tone of ennui, albeit a playful one. Tan’s work is no more Singaporean than it is Thai (the language and setting it was shot in), and by extension, Southeast Asia. Likewise, it is no more Southeast Asian than it is world cinema. It certainly has a strong flavour of the world, evoking the mysteries of life and the universality of human connectivity.