We talk to the man himself to find out about his wild and crazy journey in the making of Lang Tong, which is Sam’s first return to feature filmmaking since his last movie, OUTSIDERS, was forced to be withdrawn from the film festival due to censorship issues more than 10 years ago. Where did the inspiration for Lang Tong come from?
I'm a big genre fan myself and I like to watch extreme films from Korea, Japan, Hong Kong, the US and Europe. Lang Tong was inspired by Takashi Miike's Audition and Fruit Chan's Dumplings. I'm also into South Korea's Kim Ki Duk's films, Chan-wook Park's Vengeance Trilogy, Jee-woon Kim's I Saw the Devil and Na Hong Jin's The Chaser and Yellow Sea. My personal hope is to make films like the Korean films, mainly because they have a heightened sense of realism and grittiness which I like, and because Korean cinema also has a good balance and blend of commercial and art house sensibilities that films from other countries do not possess.

What are some of your influences and heroes in filmmaking?
I like 70's American filmmaking for its innovation and its good storytelling and its 'French New Wave' filmmaking techniques and aesthetics. Martin Scorsese’s Taxi Driver is my all time favourite. Brian De Palma, Steven Spielberg, Coen Brothers, Hitchcock are also some of my influences. Share with us the casting process with your actors. Was it a challenge to get them to do Lang Tong, especially with the more interesting scenes?
My casting process is very different from other people. I usually have a one to chit-chat session over coffee with the potential actors and I listen to them and find out what makes them click. I cast by instinct and use actors who share like-minded chemistry with me. I don't usually have a casting call where lots of actors show up to read scenes. When I write the script, I usually have some idea of who can play certain roles and I also write for them. Through the years, I interviewed and talked to many actresses who turned down the role. So when Angeline Yap agreed, I actually asked her why she wanted to do it. She replied that she wanted to take a new direction and make a change in her life (she was in a souring relationship at the time) and that she really wanted to pursue acting seriously. I applauded her for her gutsiness and bravery. This determination and like-mindedness in making a different kind of local film told me she was the one.  As for Vivienne Tseng, William Lawandi and Alan Tang, I already knew them well from working with them on TV dramas that I directed, and I also knew that they were crazy and competent enough to take on the challenging roles offered to them, so they came on board fairly quickly and readily.

Any interesting anecdotes to share about things that happened during the filming?
I was fortunate to secure the apartment at Tiong Bahru for a week to shoot the film without any hiccups because the owners were so trusting and accommodating. They knew what I was making and my filming schedule also coincided with their holiday and so, when we were making the film, we had the whole house to ourselves. It was a God sent gift for any filmmaker! Another interesting thing was that we shot most of the sex scenes on the first day of the shoot. And that really freed up inhibitions and made everyone relax. It was the best thing. And after that, shooting was a breeze. What would you say were the biggest challenges in bringing Lang Tong from script to screen?
Money! I wrote, produced, and directed the film myself, and did most of the work myself. From sourcing locations, assembling the crew and production staff, casting, wardrobe, and continuity, I did it all! I even went shopping for lingerie with Angeline! But it was all worth it when I finished the film and MM2 Entertainment came on board to distribute it commercially. And SGIFF screening my film uncut was the biggest and most satisfying moment for me. All the effort paid off and I'm glad I held on to my filmmaking dream.

What is your take on the reception of Lang Tong in Singapore, in terms of box office as well as its critical reception?
Personally, I think it did alright for a R21 film here. I couldn't advertise or promote the movie anywhere except on social media. And that's a real stumbling block and obstacle for R- rated films. I sincerely hope the authorities can re-look into letting R21-rated films be more widely publicised and promoted like normal films are because to me a film is a film, regardless of what the genre is. The main aim of movies is entertainment and R-rated films should not be penalised and discriminated against compared to other kinds of mainstream films.
That being said, I'm glad that there is now an awareness of my film, and that a different kind of Singapore made the film possible and accepted, especially by the Chinese press and new audiences not familiar or supportive of local films. This is an encouragement and an impetus for me to continue to push the boundaries and make different kinds of Singapore films, not just for locals, but for international audiences as well. 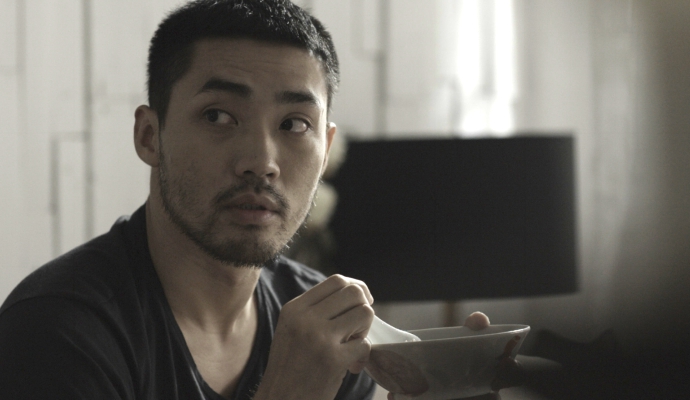 Tell us more about your new movie, SIEW LUP, and the final film in the trilogy, DIM SUM. How different are they from Lang Tong?
Siew Lup is the second instalment in my planned Femme Fatale Trilogy. The story is a stand-alone, and is not directly related to Lang Tong. The only similarities are that they feature strong female protagonists taking revenge on those who wronged them and the Cantonese food titles for both films. For now, I'm still fine-tuning the third film and it may not be an erotic thriller. That's all I can reveal for now. Look out for it!