Biggest Movie News and Events In 2020 2020 has been a lot of things: bizarre, tragic, and frustrating among them. The COVID-19 pandemic has upended people’s lives and practically every industry, and the movie business was not spared. At the end of every year, we look back and reflect, and even that is different this year. Here are eight of 2020’s biggest news-making events in the realm of film, both related to the pandemic, and not.

#1: PARASITE’S RECORD-BREAKING WIN AT THE OSCARS 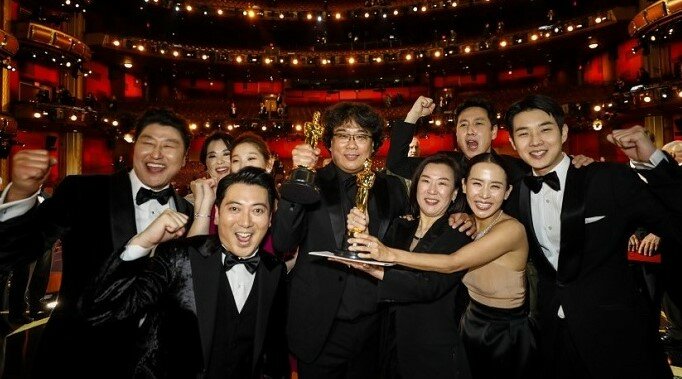 Director Bong Joon-ho’s satirical black comedy Parasite made history, winning Academy Awards for Best Picture, Best Directing, Best International Feature and Best Writing (Original Screenplay). The South Korean film set against a backdrop of wealth inequality became the first non-English language Best Picture winner. Bong also became a celebrity in the US, garnering many fans from his acceptance speeches and interviews promoting the film. “The Oscars are not an international film festival. They're very local,” Bong had quipped before his win. Parasite proved to be an exception and will hopefully pave the way for other international movies to receive wider recognition within Hollywood. Multiple major films scheduled for theatrical releases in 2020 were either delayed or released straight to streaming platforms, hitting the film exhibition sector hard. Films including No Time to Die, Black Widow, Jungle Cruise, Fast and Furious 9, Ghostbusters: Afterlife and Top Gun: Maverick were all rescheduled for 2021. Tenet became the biggest Hollywood film to receive a 2020 theatrical release, with both Mulan and Wonder Woman 1984 releasing simultaneously in theatres and on streaming, unprecedented for big-budget blockbusters

Warner Bros. made the seismic decision to release their entire 2021 slate concurrently on HBO Max and in theatres. On the day of release, films like Dune, Godzilla vs Kong, Matrix 4 and The Suicide Squad will be available online for one month. This is not planned to extend past 2021.

Several films currently in production, including Mission: Impossible 7, Jurassic World: Dominion and The Batman, all had their release dates pushed back due to filming disruptions caused by the pandemic, with outbreaks occurring on some of these sets. Actors Johnny Depp and Amber Heard have had a tumultuous relationship, and their battle has not ended with their divorce. Both parties have accused the other of physical and emotional abuse. Depp sued UK tabloid The Sun for libel after the paper called him a “wife-beater,” recently losing the suit. Public opinion is generally with Depp, who stepped down from the Fantastic Beasts films at the request of Warner Bros. Amber Heard is still attached to Aquaman 2, with many fans calling for her firing. Others feel both parties are to blame, if not equally. The battle between Depp and Heard seems far from over. Two years after his arrest, producer Harvey Weinstein was sentenced to 23 years in prison for rape and sexual assault. He had preyed on women, mostly actresses breaking into Hollywood, for decades. Formerly one Hollywood’s most powerful men, Weinstein’s film productions had garnered a total of 81 Oscars. Over 80 women, including Rose McGowan, Cate Blanchett, Helena Bonham Carter, Kate Beckinsale, Lupita Nyong’o and Salma Hayek, had accused Weinstein of varying degrees of sexual misconduct and assault. Weinstein’s arrest and sentencing created a reckoning within the industry, putting predators in powerful positions on notice.

#5: CHINA OVERTAKES US IN BOX OFFICE The effects of COVID-19 on the film industry were first felt in China, with Chinese New Year blockbusters like The Rescue and Vanguard getting delayed in late January. However, Chinese cinemas eventually reopened with safe distancing measures in place, with movie ticket sales surpassing that of the US for the first time. At the time of writing, the two highest grossing films of 2020 are war drama The Eight Hundred and anthology film My People, My Homeland, both from China. Bad Boys for Life, which was released in January 2020, is at third place.

#6: THE PASSING OF NOTABLE ACTORS AND FILMMAKERS 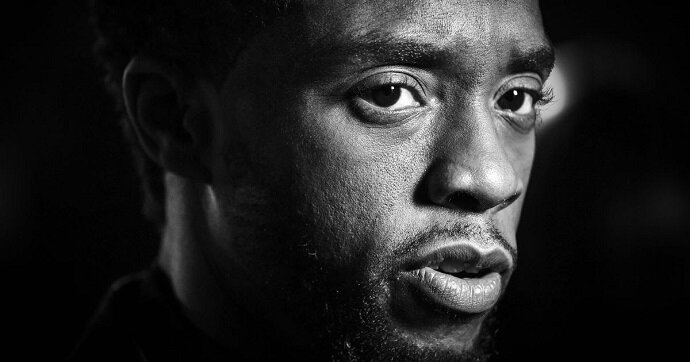 Every year, filmgoers and industry colleagues alike bid farewell to notable figures in the field. The celebrity deaths of 2020 have taken on an even graver tone than usual, given the surfeit of bad news. Actors Kirk Douglas, Max von Sydow, Ian Holm, Diana Rigg, Irrfan Khan, David Prowse and Sean Connery, composer Ennio Morricone and directors Joel Schumacher and Alan Parker were among those who passed on in 2020. An especially shocking death was that of Black Panther star Chadwick Boseman, who had been quietly battling terminal cancer. At the time of writing, COVID-19 has caused over 1.5 million deaths worldwide, with at least 47 million cases of recovery. Many actors have contracted the virus, with Tom Hanks and wife Rita Wilson among the first high-profile Hollywood figures to test positive in March. Actors Hugh Grant, Idris Elba, Dwayne Johnson, Robert Pattinson, Bryan Cranston, Daniel Dae Kim, Olga Kurylenko, Neil Patrick Harris and Evangeline Lilly all tested positive, and have recovered. Lilly initially stated she would not be following social distancing guidelines to not lose her “freedom”, but quickly apologised.

#8: THE SNYDER CUT IS OFFICIAL

For years, fans of the DC Extended Universe had been petitioning and campaigning for the release of the fabled “Snyder Cut” of Justice League. Director Zack Snyder departed the production after a family tragedy, with Joss Whedon completing it. Fans and critics alike generally disliked the finished result, and Snyder has repeatedly teased his version of the film. The “Release the Snyder Cut” campaign involved activism like fundraising for suicide awareness charities, as well as harassment and cyberbullying. Zack Snyder’s Justice League was officially announced in 2020, for release on the HBO Max streaming service in early-mid 2021. An additional $70 million was spent on re-assembling the film. It will be released as a four-part miniseries, then as one four-hour-long film.