Production shutdowns, delayed movie premieres, global cinema closures. 2020 has been a devastating year for the movie industry. Coronavirus has undoubtedly put a crimp on things.

As we close in on the 4th quarter of the year, it’s time to ponder on what the 2021 Academy Awards would be. Not only did the COVID-19 changes how the Academy Awards functions, one other significant movement- the Black Lives Matter movement that started with the death of George Floyd, also made an impact. The 46-year-old African American died while in police custody, and his death forced everyone around the world to open their eyes to racism, including the Academy. It announced that it will address the lack of representation, not just for Blacks, but other races as well, and will progressively make changes starting next year.

So what will the 2021 Oscars, and beyond, be like? Here’s everything you need to know. When will the Oscars take place?

The Oscars typically take palace in February of every year, closing the awards season with a bang. Next year, there will be a shift in dates. It will be held on April 25, 2021, instead of the original date of February 28. The change in date was to accommodate filmmakers who need to finish their movies (due to delay from Coronavirus) and release them to be eligible for consideration. This is the fourth time the Oscars have been postponed. The first one was in 1938 after a massive flooding in Los Angeles. Then in 1868, the assassination of Dr. Martin Luther King Jr delayed the awards. The third time it was delayed was due to the assassination attempt of then president Ronald Reagan.

What are the qualifications movies have to meet in order to be considered?

Usually, the eligibility period is the calendar year preceding the year the Awards is being held. For Oscars 2021, however, the rules are bent. Eligibility period now spans two calendar years. Movies released in 2020 or within the first two months of 2021 will be eligible for consideration.

This change was catered for movies affected by delays in release dates due to coronavirus. It also accommodates for movies that opted to debut on a streaming or pay-per-view service. This means films such as Mulan will be eligible to compete.

What are the changes in the way Oscar nominees are selected?

The lack of representation in the films nominated for Oscars has long been debated. However, no action was taken, until now. It took the death of Geoge Floyd to prompt the organisation to make changes. The Academy is now ready to set new “inclusion standards for Oscar’s eligibility”. It will also aim to increase “representation in the organisation’s governance, membership and workplace culture, as well as in the films nominated for Oscars.” We have already seen the Emmy Awards making a change. Now, all eyes will be on the Oscars to do the same. 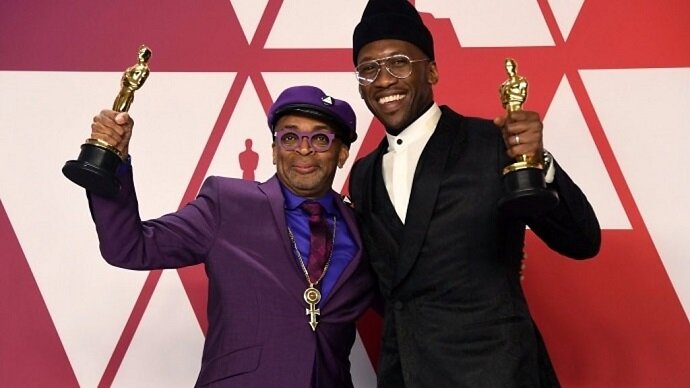 In the past, the number of movies eligible for the Best Picture fluctuates between five and ten, but the academy has made a decision to stick with ten. This will make way for more diverse films to be in the running.

Beyond that, the academy also sets a series of standards to meet in order to quality for Best Picture, but these rules won’t kick in until 2024, as they won’t be implemented in time for films planned for next year or the year after, which would be eligible for the 2022 and 2023 awards.

In a nutshell, the movie that is submitted for the category need to fulfil certain criteria. Among them are having at least actors or film crew from underrepresented racial or ethnic groups, or that the movies must also offer work opportunities for those in the underrepresented identify groups, such as the LGBTQ community.

For the first time in 20 years, the 2019 Oscars went on without a host, and it was pretty successful, so much so that the 2020 Awards followed suit. For the 2021 ceremony, there has not been a host announced yet, and it may just remain host-less. Will there be a red carpet?

There hasn’t been an official word on whether there will be a red carpet or not. However, given that the coronavirus is still not under control, there might be your usual red carpet. Oscars may just take a leaf out of Venice Film Festival’s playbook, hosting a red carpet with social distancing. Or it may follow the MTV Video Music Awards, and go for a virtual parade of attendees’ looks.

What other Awards are postponed?

Apart from the Oscars, the BAFTAs are also pushed back from February 12 to April 11, to keep in line with the Oscars. Meanwhile, the Golden Globes will slide into February 28, the original date of the Oscars and will be hosted, for the fourth time, by Tina Fey and Amy Poehler. The Critics Choice Awards is now slated on March 7, 2021, and the SAG will take place on March 14, 2021.

Mark them down on your calendar!