Last Christmas: Henry Golding and The Rise of Asian Actors in Hollywood 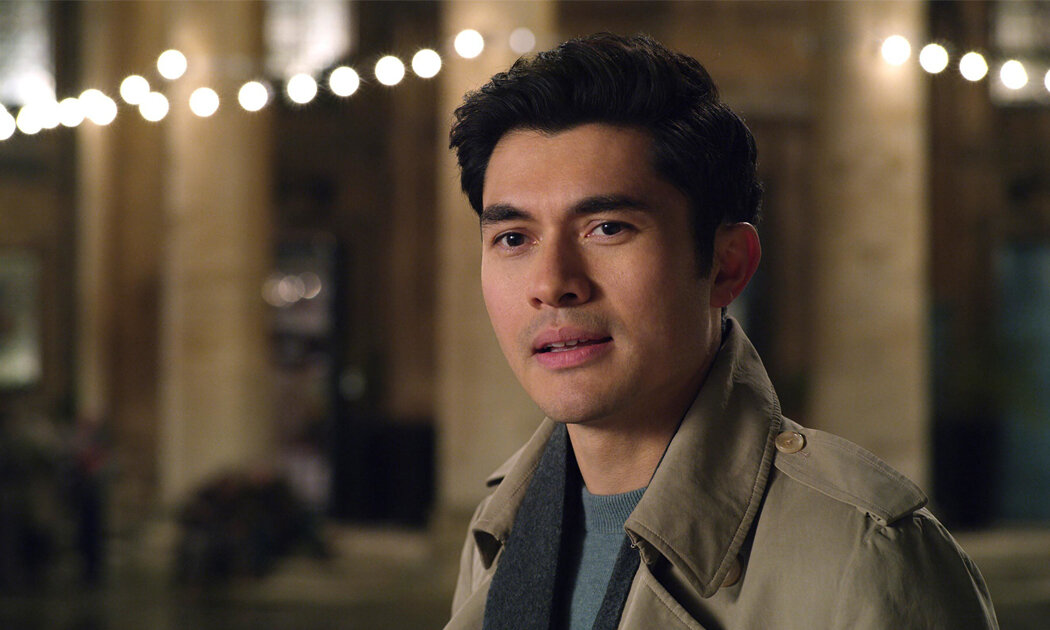 Male Asian actors in Hollywood used to be limited to roles playing villains, martial arts specialists and bit part roles that are stereotypical. But not anymore.

In the wake of the fight for cultural diversity, we saw a rise in Asian actors and actors of colour. Think Crazy Rich Asians, Searching and Always Be My Maybe. These movies have one thing in common- all three feature Asian actors in leading roles that aren’t the typical stereotypes. This is a welcome change, as it gives rise to more talented actors from all corners of the globe. This is especially exciting for us on this side of the world, where we can see Asian representation in movies we love. 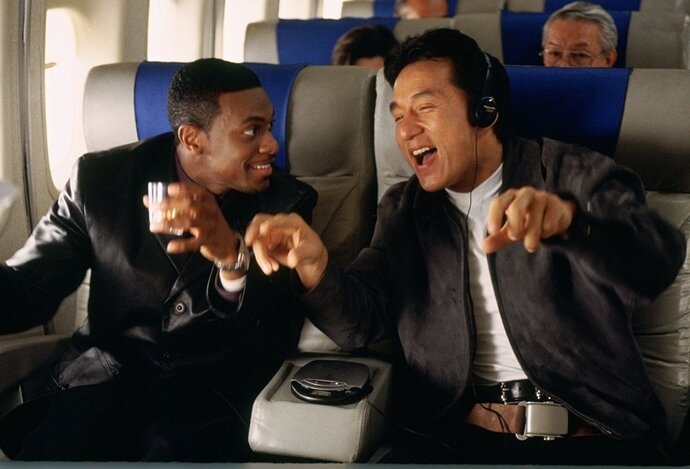 In the 90s and 2000s, we saw actors such as Jackie Chan, Yun-Fat Chow and Jet Li slowly breaking into Hollywood, with relative success. Still all three were in roles that had some kind of kungfu elements. Jackie Chan kicked butt in the Rush Hour series, Yun-Fat Chow was always remembered for his gun wielding skills in The Replacement Killers (1998). Jet Li enjoyed success first playing villains in films such as Lethal Weapon 4 (1998) before turning into a Kungfu fighting leading role in Romeo Must Die (2000), co-starring the late Aaliyah. These roles were one dimensional and lack diversity. Then we saw the emergence of actors such as Ken Watanabe, who made his Hollywood debut in 2003’s The Last Samurai. Although the role was superficially for Japanese, Watanabe went on to act in other movies that were not Asian-specific, such as Inception (2010) and Godzilla (2014 and 2019).

We also saw Daniel Dae Kim, the Korean actor who gained our attention in the TV series Lost. He was cast in roles that were not specifically looking for Asian actors, such as detective Chin Ho Kelly in the Hawaii Five-0 series, The Divergent movies and the 2019 Hellboy movie. 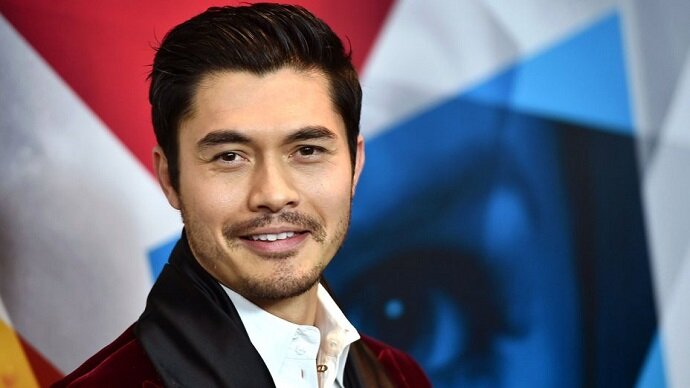 Speaking of breaking the mold, there is no one who does it better than Henry Golding. The British-Malaysian actor came out of nowhere to play the lead in 2018’s Crazy Rich Asians. Golding’s smouldering good looks and charismatic behaviour won over the hearts of women all over the world. Although he has done hosting shows before, Crazy Rich Asians was Golding’s movie debut, at the grand old age of 31! And there was no slowing down for him. Golding followed up with A Simple Favour, a mystery thriller co-starring with Anna Kendrick and Blake Lively. Golding was originally missing from the film’s poster, which concentrated on the two female leads, but with the immense success of Crazy Rich Asians, Golding was later added into the poster, which is a rarity. Next up for Golding is The Gentlemen, directed by Guy Ritchie, which features a stellar cast including Hugh Grant, Mathew McConaughey, Colin Farrell and more. The movie centres on a British drug lord who attempts to sell off his highly profitable empire to a dynasty of Oklahoma billionaires. When word of his sale gets out, it attracted schemes and plots against him and his business. 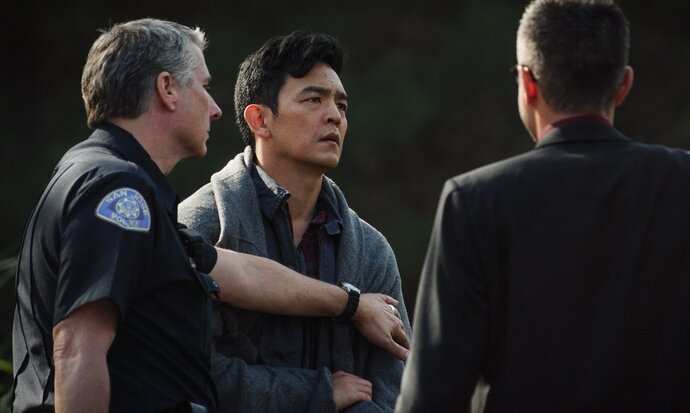 Apart from Golding, we also saw the emergence of other Asian actors, such as Korean born John Cho, who had been acting bit parts in countless movies before he gained recognition for Harold & Kumar movies. Since then, he has been steadily acting, appearing in movies such as the Star Trek series as Sulu and in TV series like Selfie. His biggest role, and his most ambitious yet, is 2018’s Searching, about a desperate father who uses technology to locate his missing teenage daughter. The compelling thriller about how the Internet is coming such an integral part of our lives had us at the edge of our seats. The movie had no big stars, but was a financial and critical success, grossing over USD75 million worldwide, with only an $880,000 budget. It received praise for its direction, acting, creative visual presentation and unpredictable storyline. Cho was nominated for Best Male Lead at the Independent Spirit Awards.

Up next, Cho will star in the upcoming Star Trek sequel, reprising his role as Sulu. 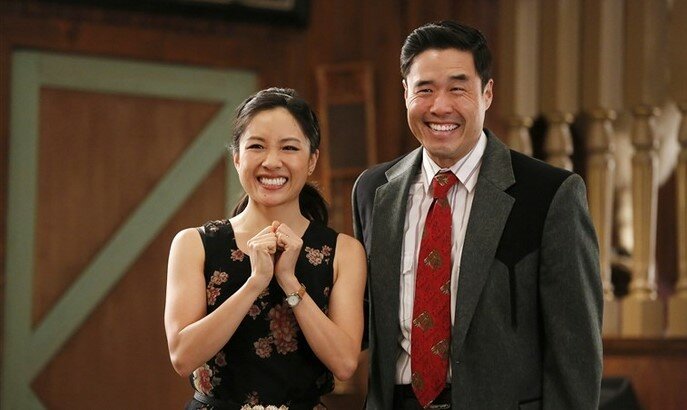 Also, let’s not forget Randall Park, of Fresh Off the Boat fame. Before TV series, you might have seen Park, of Korean descent, in the controversial movie The Interview with James Franco and Seth Rogen, portraying the North Korean President. Like Cho, he starred in many movies and TV series, and finding his edge in comedy. Park appeared in TV series such as Curb Your Enthusiasm, The Office, The Mindy Project and Community before landing the role that would make him a familiar face in Fresh Off the Boat.

He is known for a long time as Louis Huang or rather, the dad in Fresh Off the Boat, before the romance movie of 2019 came along in Always be My Maybe. Co-starring with comedian Ali Wong, the pair’s movie was a sleeper hit, because of the endearing love story and their chemistry. Although Fresh Off the Boat is going to end soon, Park’s career isn’t. He will star in the series Wandavision next.