Linda Hamilton- Where Was She Between T2 and Dark Fate? 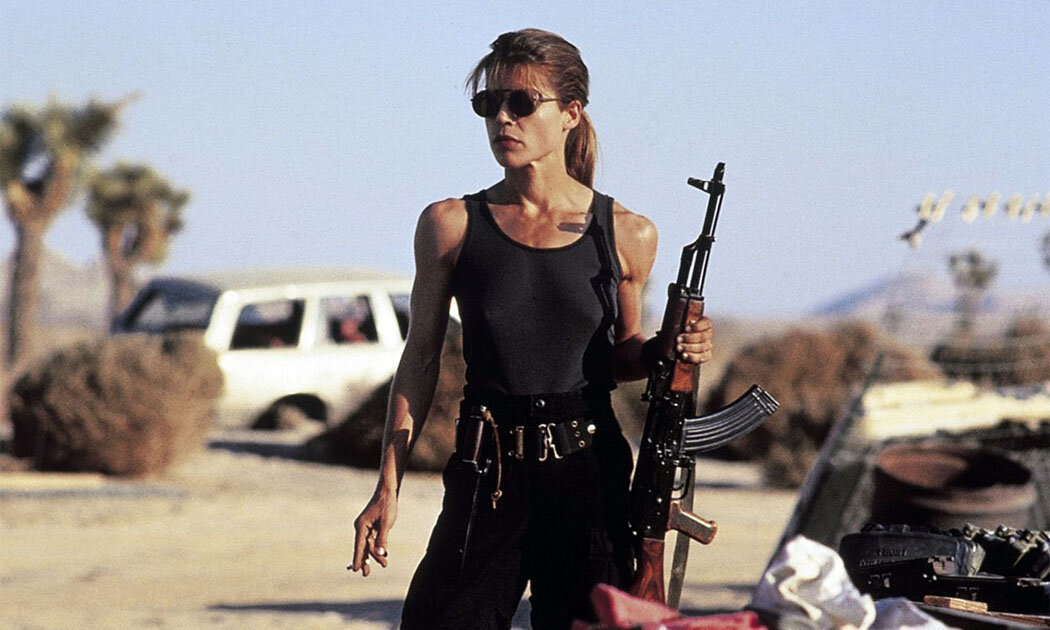 She is back, with a big bang! When we saw the first glimpse of Linda Hamilton reprising her role of Sarah Connor in Terminator: Dark Fate, there was only one thing on our minds - how she has aged since her last Terminator movie - Terminator 2: Judgment Day in 1991. She is still mighty buff and pretty bad-ass, but crease lines have crept onto her face, which she wears proudly on her face. It also dawns on us how we’ve missed seeing her on the big screen. 28 years have passed since Judgment Day, just where did Hamilton go during this time? 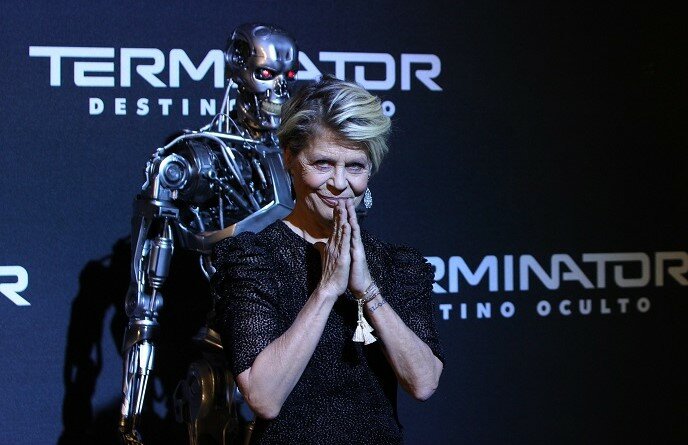 Sarah Connor became such an iconic character and even earned Hamilton the title of ‘Body of the Nineties’, but she continued to seek different roles, and in 1995 she starred in A Mother's Prayer as a woman diagnosed with AIDS, and her performance earned her a Golden Globe nomination. Two years later she delivered blockbuster sucess Dante's Peak. The movie is about a dormant volcano threatening to erupt in a countryside town. Hamiton stars opposite Pierce Brosnan, playing a vulcanologist. The movie was such a hit that she received a Blockbuster Entertainment Award for female performance during that year. The same year she did Shadow Conspiracy, with Charlie Sheen and Donald Sutherland. This lesser received movie is about a conspiracy in the White House. As the 2000s came along, Hamilton acted lesser and lesser in movies and shifted to a smaller screen. Switching to TV and Voice-Acting

As movie roles dwindled, Hamilton switched gears and moved to act in TV series and TV movies. She appeared in series such as Frasier, Chuck, Defiance, Lost Girl, Weeds and more. Apart from that, she also did voice-acting, mostly for DC animated series as antagonist Madame Lorraine. Moving Away from the Spotlight

One would have thought that with the immense success of Judgment Day, that Hamilton would catapult into greater success as an actress. But Hamilton was no ordinary actress. She was never one to seek the stardom. In fact, she had wanted to be a Shakespearean actress, but playing Connor changed all that. After Judgment Day, she was sent plenty of scripts that are about playing warrior women, but all paled in comparison to Connor, and she didn’t want to be pigeon-holed. Hamilton then deliberately retreated from the spotlight. In the early part of this decade, she even going as far as moving away from Hollywood, into the arms of New Orleans, where she treasures her alone time. It took a lot of convincing to get her to return to the spotlight once again with Dark Fate. Two years ago, Dark Fate director Tim Miller contacted her to explore bringing her back for a new movie. James Cameron, her ex-husband and the director of the first two movies, wrote her a letter asking if she’d consider playing Sarah Connor one more time. She was hesitant initially but relented eventually, and helped work on her character’s evolution from Judgment Day to Dark Fate. She shared with the New York Times this about the character, “Sarah is a broken being at the beginning of this film. She’s a woman without a country, adrift and full of rage.”

To prepare for the role, Hamilton had to get into fighting shape, at 60. She trained in the desert with Green Berets, and was put on a strict diet. The result is of course, glorious.