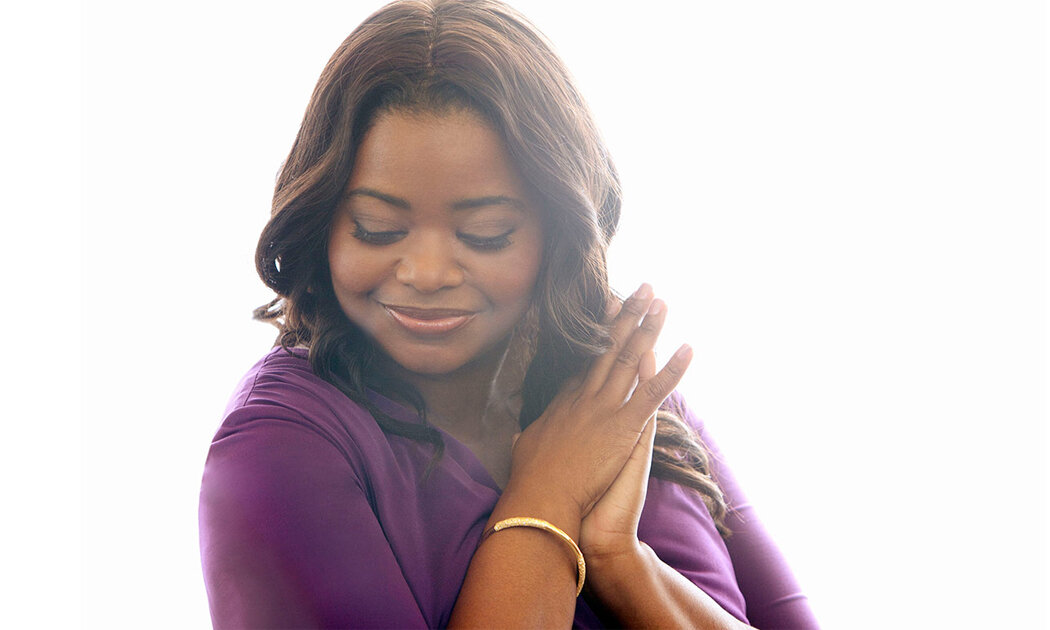 Since she was first cast in 1996’s A Time to Kill, Octavia Spencer has built a career over many small roles in TV and film. Over time, she slowly rose to the position of perpetual scene-stealer in major motion pictures. In celebration of the release of her new psychological thriller Ma, we take a look back at some of Octavia’s most memorable roles so far. 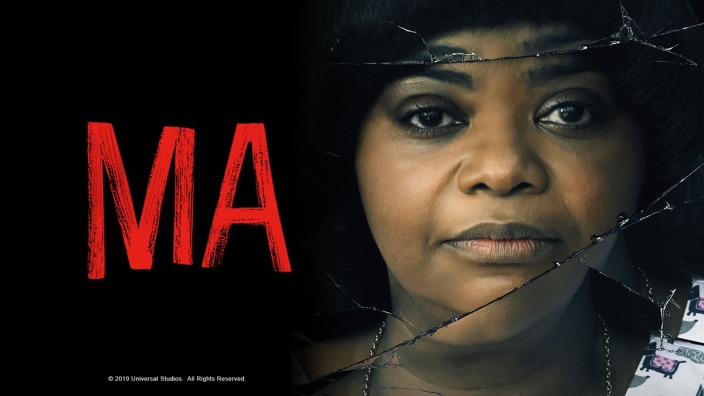 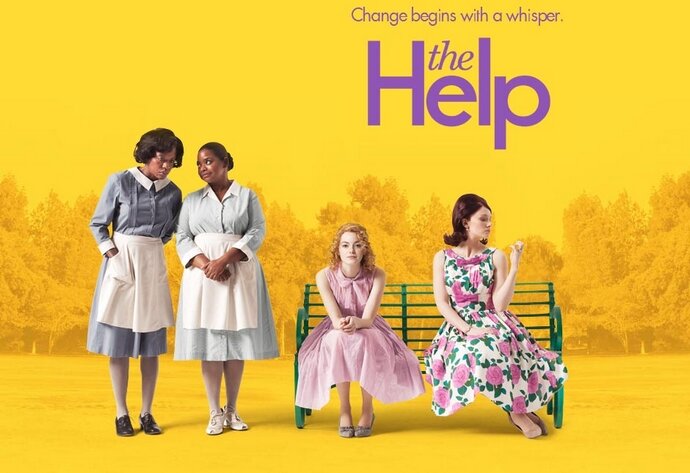 The Help is the third collaboration between Ocatvia and director Tate Taylor. The first was a short film, and the second was Taylor’s first feature Pretty Ugly People. Ma is set to be their fourth work together. Octavia Spencer plays Minny Jackson, the maid who is fired by her socialite employer, Hilly Walters Holbrook (played by a deliciously evil Bryce Dallas Howard), after Minny chooses to use the guest restroom instead of the restroom assigned to the help during a storm. She is further slandered by Hilly for theft when she’s fired, drastically damaging her chances of landing a job. However, she does land on her feet, and begins working for Celia Rae Foote (played by Bryce Dallas Howard doppelganger Jessica Chastain). 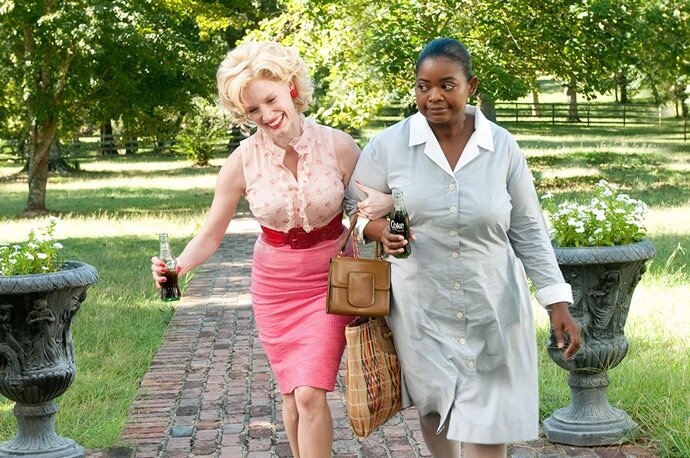 The role is an excellent showcase of Spencer’s range… who is seemingly able to switch back and forth between light, comedic moments and heavier emotional work with breeze. Her chemistry with Jessica Chastain is a highlight over the film and provides much levity to the film. Celia treats Minny with respect, and in turn Minny reciprocates with cooking lessons, and emotional support, when it’s revealed that Celia has gone through three miscarriages. Both (!) Chastain and Spencer received Best Supporting Actress nominations, the first of three for Spencer. 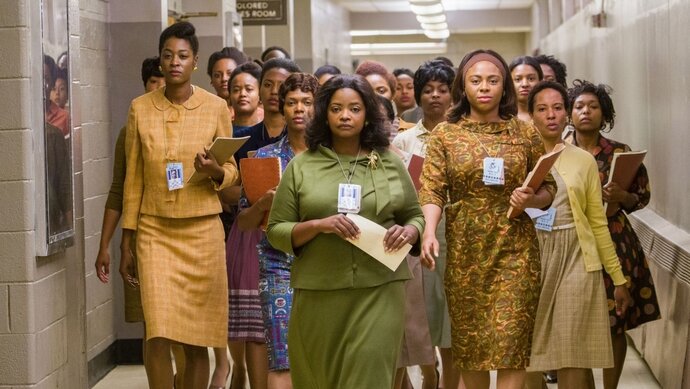 The second of her three noms comes from this feel-good movie about the unheralded work black female mathematicians did at NASA during the Space Race. Together with Taraji P. Henson and Janelle Monae, they play a trio of strong, independent women who made immense contributions to NASA, during a period of time when segregation was still in practice. Spencer plays Dorothy Vaughan, a mathematician and supervisor. She gets ahead of the impending installation of an IBM electronic computer by pretty much stealing a book on the programming language Fortran, because the librarian scolds her for visiting the whites-only section. She then studies and picks up the language on her own, and passes it on to her co-workers. Badass. 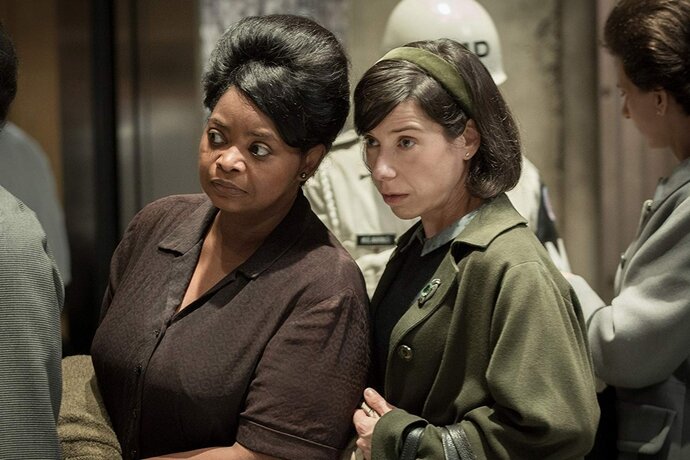 This Guillermo del Toro directed Oscar-winning romance between an amphibian fish-man, and Elisa, a mute cleaner who works at a secret government laboratory sees Octavia playing Zelda Delilah Fuller, Elisa's co-worker and friend who gets implicated in this fish-human romance and serves as her interpreter. Spencer’s performance as the remarkably loyal friend stands out, and she was rewarded with another Best Supporting Actress nomination, becoming the only African American woman to achieve three Supporting Actress Oscar nominations. 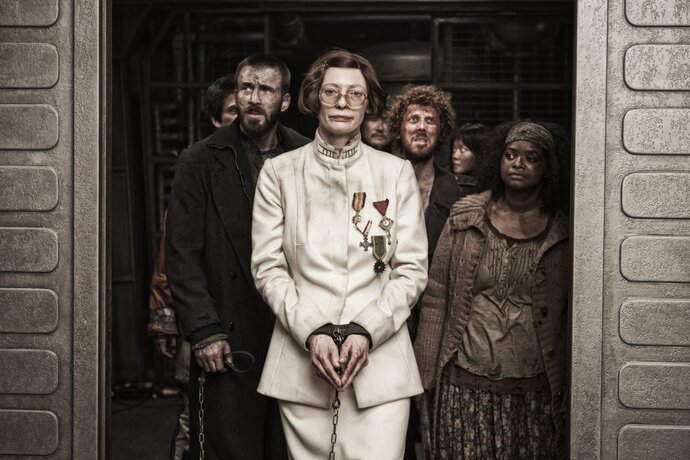 Snowpiercer was Octavia Spencer’s first foray into science-fiction… and it’s a good one. It’s hard to sum up this film by Bong Joon-ho but here goes: The film takes place in a post-apocalyptic world, where the only surviving humans live on a train traveling around the world. There’s a caste system, with people in different sections of it living better or worse lives. The movie features a stacked cast, with Chris Evans, Song Kang-ho, Tilda Swinton, Jamie Bell, Ewen Bremner, Ko Asung, John Hurt, Ed Harris in addition to Spencer. She plays Tanya, a mother determined to get her son back, who takes part in the rebellion and speaks up for the people of the tail section. There’s a scene in which Tanya is beaten up severely. Director Bong remarked, "When [Spencer]'s character is being beaten by the soldier, it's meant to remind people, somewhat, of the Rodney King incident [the LA race riots of 1991]." Speaking on the circumstances of the characters on the train, Spencer commented, "We are all covered in smoke and dirt from years and years of not washing and particles in the air, and we are all the same color if you look at it."