Before the Peach - Luca Guadagnino's "A Bigger Splash" Review First, there was the peach.

Actually no. First there was desire and that bore fruit to the peach. Luca Guadagnino may have resurfaced to critical acclaim with Call Me By Your Name in 2017, but this wasn’t his first claim to fame. As the last of his self-dubbed Desire trilogy, Guadagnino produced two other standouts before it. One of these was A Bigger Splash.

While the first chapter, I Am Love (2010), was a torrid affair of a caged wife (Tilda Swinton) festering away in an upper class family, A Bigger Splash brings a psycho-thriller to the menu, with Swinton once again in the lead but this time as an ailing rock star. It’s a livelier piece with sensuous undertones and holds sway as a more accessible piece with its plot. Set on the golden shores of Pantelleria, a Mediterranean island, we enjoy the liquid leisure Marianne (Swinton) and her documentary filmmaker husband Paul (Matthias Schoenaerts) display on the sand. It’s not long before this idyllic escape is interrupted by Harry (Ralph Fiennes) and his daughter Penelope (Dakota Johnson), dropping unannounced in a spontaneous flight decision to paradise. And as luck would have it - they do not have a place to stay.

What was languid turns tense - Harry is Marianne’s ex-lover after all and it seems Penelope has ideas of her own on the handsome Paul. But it’s not so much a direct assault (as one can expect from the poetic Guadagnino) as it is like a rubber band stretched. First a tug, then relaxed, then pulled again with greater dare - this is how the dynamics pulsate in a warped dance. This becomes drippingly tangible when father and daughter is invited by Marianne to her holiday villa. 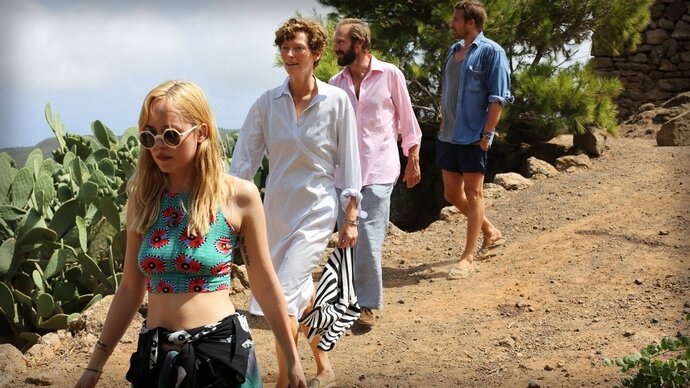 The small cast ensure a tight emotional habitat, and the luxury of watching each unfurl. The four pillars each express their facet with ripe experience, with Harry and Penelope seemingly the hunters, and Marianne and Paul their prey. But the quiet couple do their own sniping with sharp observations. “Are you waiting for a reaction or something?” Paul confronts the coquettish Penelope during an encounter on a hill. “Don’t waste your time,” he finishes before walking away.

In another, Marianne directs her disappointment at the girl as well. “You like to watch people having a hard time, is that it? Is that the woman you want to be?”

The candid power that comes through is only possible because of the four incredible actors. Each choreographed to an invisible melody only they and the director can hear, the result is a tenuous link that strikes like an electric fence when any two meet.

Each of those are a delight to watch. The conversations that happen feed into the dark universe it creates, even as dreamy foliage, wet bodies and slinky hair and snakes slither through the scenes - texturising the visuals. 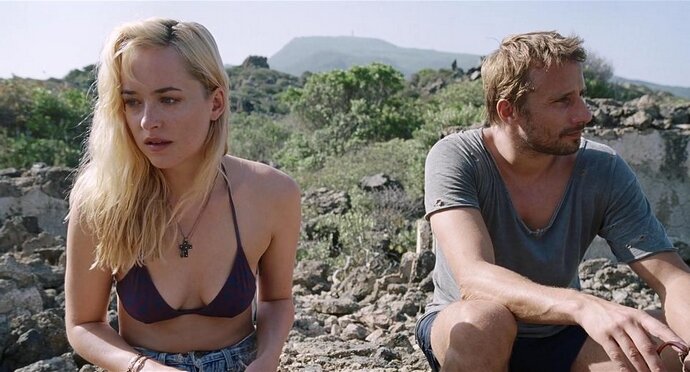 While each stands as a heavyweight, Swinton and Fiennes are near impeccable in A Bigger Splash. Marianne would have been a more straightforward character, if not for the fact that she is experiencing post-surgery voicelessness.

Stricken with this odd film role affliction, the multiple-award-winning veteran shines brighter - illuminating every scene with her quiet presence. In the absence of speech, there’s a certain purity to her portrayal that makes it far more intimate and vulnerable, yet powerful at the same time. The contrast can be seen in the flashbacks when Harry was her manager and they were still together, when Swinton seems to become a little bit more standard fare - if you can ever call any of her performances ‘standard’. 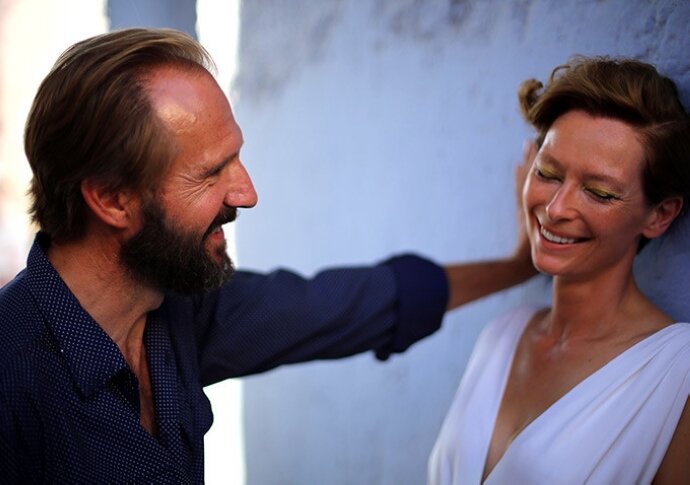 But there’s no doubt Fiennes’ Harry is a riot. The only thing similar that comes to mind is how Johnny Depp created his Jack Sparrow character with such abandon, it created enormous appeal. Harry, by all description, is a jerk. Like a vintage borderline-hedonist, he ruptures every rule with his narcissistic viewpoints.

Yet Fiennes creates this caricature in such a manic, floppy way, that he’s almost like a realised satyr prancing about the magical Italian island - supernatural and totally at home. There is no excuse for his behaviour and yet the audience can empathise his desperation, as layer by layer, he gets lost in his own chase for his prize. As the relationships between each start to hasten towards an inevitable outcome, we get surprised in the final act. Without spoiling it, the speed swivels abruptly and launches the story in another direction. It’s another kind of tension as language barriers and hidden truths prove obstacle to the ensemble, but the resulting stretch is every bit as enjoyable. The villa swimming pool, once a hotbed of tease and visual physical flirtation, becomes another thing altogether - the peach used by Elio the same, twisted by desire.

Guadagnino’s dalliance with voluptuous imagery, aching regret, words unsaid, continue to have a mystical hold on viewers in this chapter, as they are told by the director’s inimitable sense of elegiac ease. A ripe score (I especially love the bits when entering the third act) lends a fully realised experience to this decadent opus, rich with drama, hopes and loss.