How Us Will Blow Your Mind Again Like Get Out 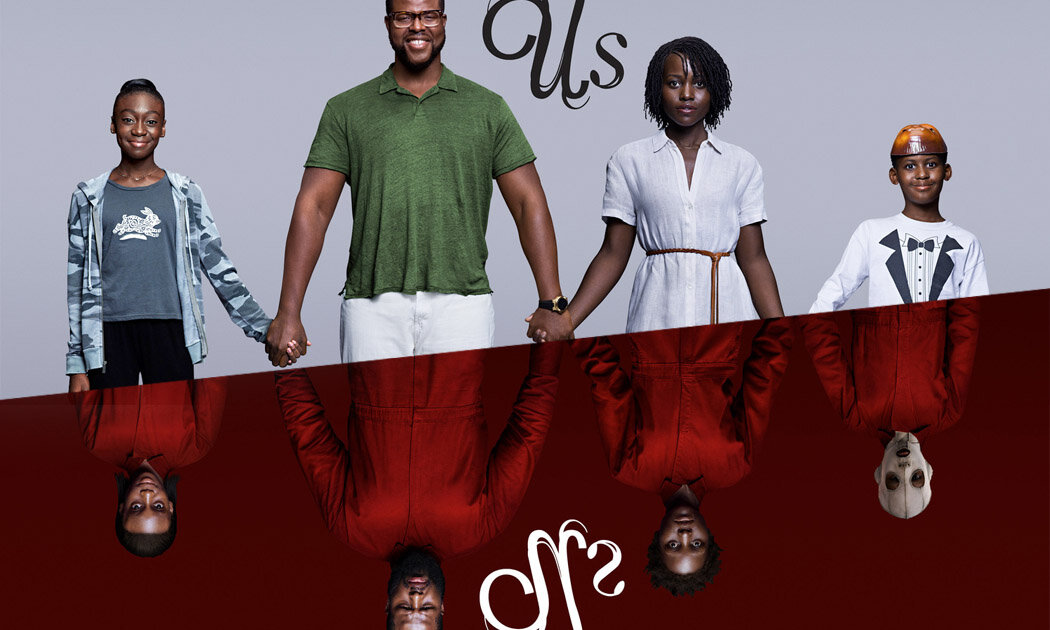 2017 will be remembered as THE year for Jordan Peele. Already a successful comedian during his Mad TV days, and striking viral gold with his Key & Peele skits on Comedy Central, Peele got catapulted into the biggest limelights of Hollywood when Get Out garnered a 99% rating on Rotten Tomatoes.

Not only did the film achieve eye-popping box office profit, grossing over $255 million with a production cost of only $4.5 million, it also won critical acclaim, winning an Academy Award for Peele in Best Original Screenplay (and also making him the first African-American to do so), along with nominations for Best Picture and Best Director. 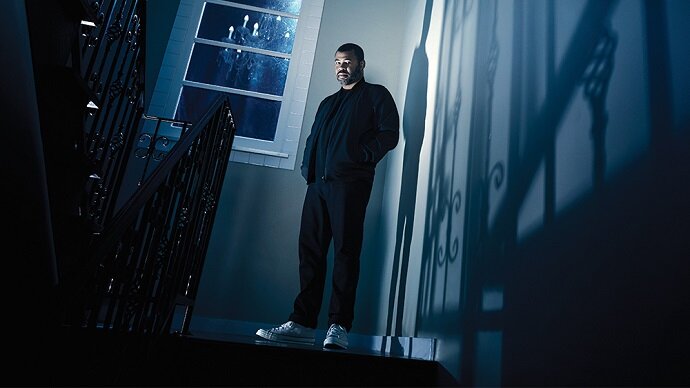 Get Out broke many molds, from genres to casting, and yet it maintained a cutting satirical narrative that spoke more deeply about prejudice and racism. It’s no wonder that fans were shook by the news that a new horror from Peele is about to be unleashed. The title - Us.

If you’ve seen the trailer, you just might be left with more questions than answers. The Wilson family of four takes a vacation to Santa Cruz, California, to the home of mother Adelaide Wilson (Lupita Nyong'o). All is well until a group starts to terrorise the family, and just as we think this is going to turn out to be a slasher or home invasion horror flick, we see that the culprits are actually doppelgangers of the Wilsons. While this in itself is creepy enough, as our minds churn at what this copy of the family wants, more scenes appear to make things murkier. Even with all the reveal, all is yet, not what it seems. But what else can we expect, but exquisite twists from the mind of Jordan Peele, right?

Named as Tethers in Us, doppelgangers were traditionally seen in folklore as harbingers of death. In this case, they literally seek to kill the family themselves, but it may not be as straightforward as it seems. As with clever editing and make-up, it is sometimes hard to tell who is the monster and who is the victim, and even the behaviour of the doppelgangers seem to vary.

While in some scenes, they obviously are out to hunt their twin, sometimes, it appears that the original family might not be as innocent. “They won’t stop until they kill us,” Adelaide reveals in one scene, but continues, “or we kill them.” 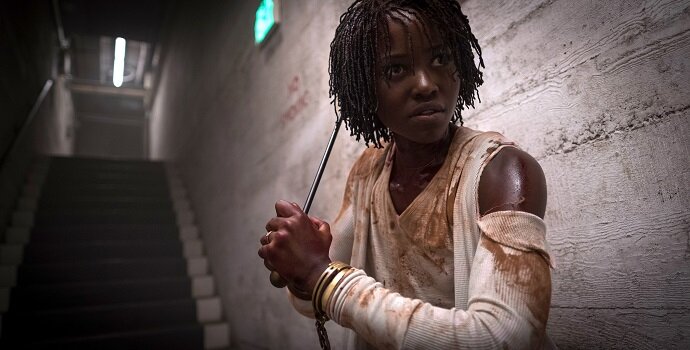 There’s a saying that claims that “we are our biggest enemy”, and of course, the other one about all of us having “monsters” within ourselves. Peele lets us ponder this, while visually presenting this philosophical angle through the use of doppelgangers in this terrifying story.

As the family fights back, we see that the other group isn’t as similar to the family, with scars and traits like height differences marking them distinctively. If they are truly doppelgangers, why these differences? No doubt this will spiral towards a mind-bending conclusion, as Peele has once been quoted as “enjoying tackling the fear of the collective unconscious” in an interview. His searing investigation into the psyche is what made Get Out as unnerving as it is relevant. 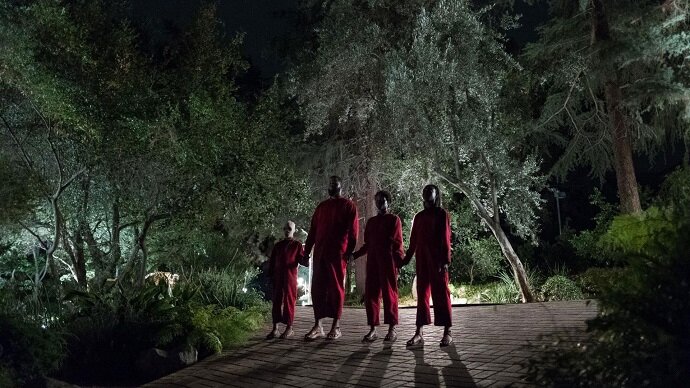 So it becomes obvious that the doubles that attack the family doesn’t do so mindlessly. The deliberate nature seems to remark upon Adelaide’s own personal hidden trauma and history, one that will no doubt unravel and be the key to the motives of the doppelgangers.

In one scene, her doppelganger unfolds a paper chain of people cut out with her golden scissors, clearly to signify the link that the two have that she wants broken. In another, Jason, her son, sits calmly face-to-face with his own. And while they both hide behind masks, they both reveal to show significant differences - in the twin’s case, a severe burn scar on the lower half of his face. These scenes only add a mystery to the torturous methods that the doppelgangers use on the family, and definitely means there’s a method to the madness. 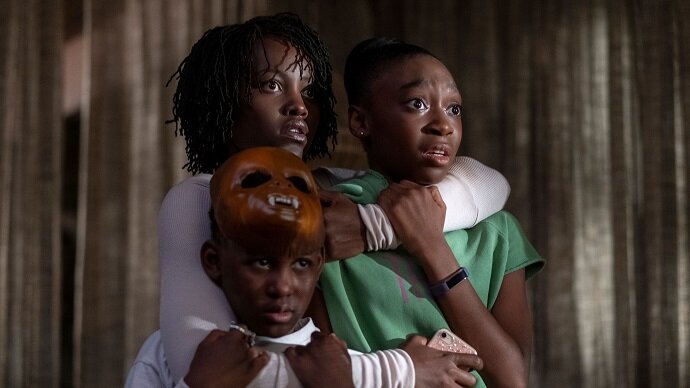 Peele’s genius can also be seen in his song choices and visual symbolism. The mask worn by Jason reminds one of the killer from Friday the 13th (also named Jason), and is clearly a metaphor for the masks we wear in our lives. Others like the rabbits and recurrent scissors are a little more subdued.

Rabbits, as cute as they are, have always been a symbol of the light and the dark, as they are most active during the twilight hours. Their unlikely presence in many horror films have been attributed to that reason. In the case of Us, it may also be a case where rabbits reproduce quickly, and are one of the few animals to have been successfully cloned, while also been choice test subjects for many experiments.

The golden scissors is certainly not just a stylistic choice either. The tool works as a mechanism with two blades that are opposing each other, which might indicate that vanquishing the Tethers might not be the solution after all. While Peele’s in-depth research and rich love of the genre has helped him in honing his skill at film-making, he prepared his leading lady, Lupita Nyong'o, with a list of films to watch to create a “shared language”. These include horror classics and masterpieces, such as: The Birds (1963), The Shining (1980), Dead Again (1991), Funny Games (1997), The Sixth Sense (1999), A Tale of Two Sisters (2003), Martyrs (2008), Let the Right One In (2008), The Babadook (2014) and It Follows (2014). These titles will surely creep up in Us, in ways ranging from art direction to editing, and storytelling to character development. With such a selection, the impact of Us will no doubt be a truly warped piece of genius once again, under the direction of Peele.

With a budget of $20 million this time, we can expect better polish, hopefully without distractions from Peele. Tweeting the tagline “Watch yourself”, which also can be seen on all the promo posters, the ambiguous warning read many ways, is a true signature of Peele’s complex universe, and most importantly, an interesting piece of entertainment.