5 Blumhouse Horror Movies You Have to Watch There’s just something addictive about horror movies. The thrills, the scares, the unexpected twists at times all combine to deliver an experience that keeps us at the edge of our seats and sends shivers down our back.

And no one churns out horror movies like Blumhouse Productions. Although they do not have big budgets or deep pockets, their horror formula works because of their gripping storylines and refreshing concepts. Here’s a look at five of their horror gems. Blumhouse’s latest horror offering stems from a simple game of Truth or Dare, a popular party game most teens would have played one time or another. Except there is nothing ordinary about the game in this movie. A group of five friends travelled to Mexico before their last summer break as college students, and they wanted to make it a good one. On their last night there, Olivia (Lucy Hale) befriends a fellow American, who invited her and her friends to a dilapidated church to have a beer and play a game of Truth or Dare. The game started out innocently enough until it was the stranger’s turn to pick telling the truth or doing a dare. He picked the former and told the group that he tricked them into playing due to self-preservation, with the parting shot that the game will follow them and they must not refuse it or they will die. Thinking nothing of it, the gang returns home, and all is good until Olivia started seeing the words “Truth or Dare” appearing in front of her in different shapes and forms. 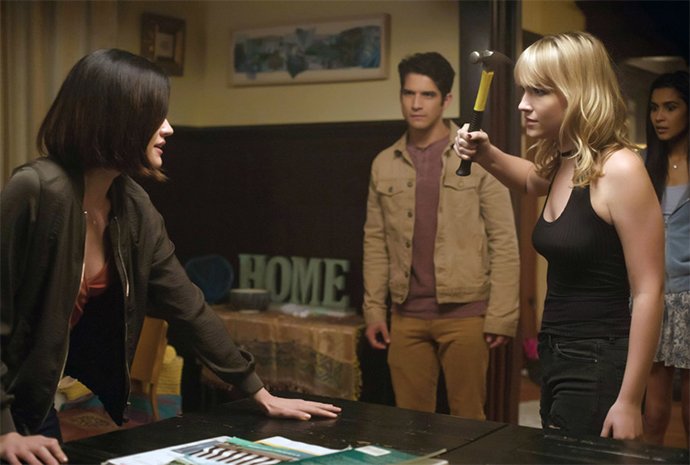 This kick-starts a series of events that sees the five friends on various precarious situations playing the game and tests their friendships to the limit when secrets come out of the woodwork and they’re forced to do dares that may have severe consequences. The movie works because it has an element of familiarity with the game, and the telegenic cast, which includes Teen Wolf’s Tyler Posey, does their best to keep you engaged. The only downside is, after the movie, you’d want to stay away from playing Truth or Dare for a while. 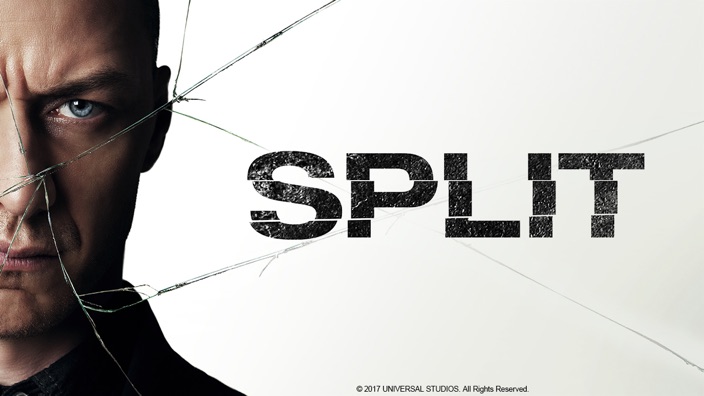 Blumhouse collaborates with the brilliance of M. Night Shyamalan to bring us Split, an extraordinary story about a man named Kevin (James McAvoy in one of his best performances) that possesses 23 personalities, ranging from an innocent young boy to a flamboyant fashion designer to a leery man. Kevin’s personality disorder may have stemmed from the childhood abuse he endured at the hands of his mother. In trying to cope with the trauma, he developed different personalities, and they stuck. Things turned tricky when an unsavoury personality becomes permanent, refusing to let the others have their turn. Tricky turns perilous when Kevin kidnaps three girls, and as the movie progresses, it seems that a 24th personality is starting to emerge, and all hell breaks loose. In 2003, the movie Identity also deals with a character with split personalities but these characters were played by different actors. The beauty of Split is how McAvoy becomes all the 24 characters and how they come together to help the three kidnapped girls from one of the personalities. The movie’s ending is really just the beginning, which you must catch in next year’s Glass, which also stars Bruce Willis and Samuel L. Jackson. 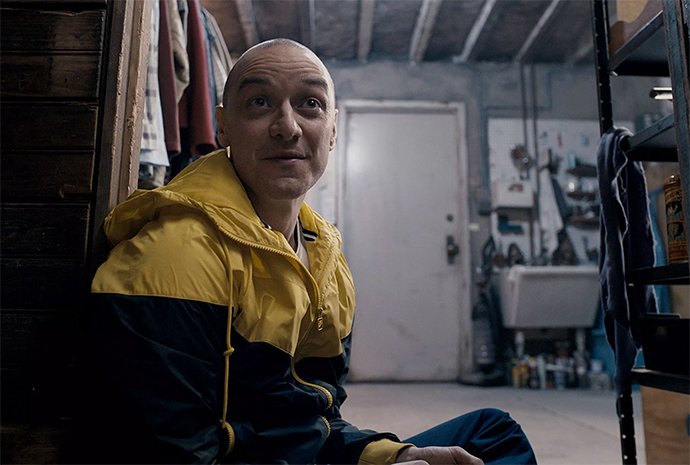 One of Blumhouse’s best and nominated for four Academy Awards, including Best Picture, Get Out is one of the most original horror shows we’ve seen in a while. The movie has an unassuming start. Chris (Daniel Kaluuya) and Rose (Allison Williams) have been dating for a while, and it’s finally time to meet the parents. Chris is black, and he’s apprehensive about the meet and Rose’s parents’ reaction to their interracial relationship. 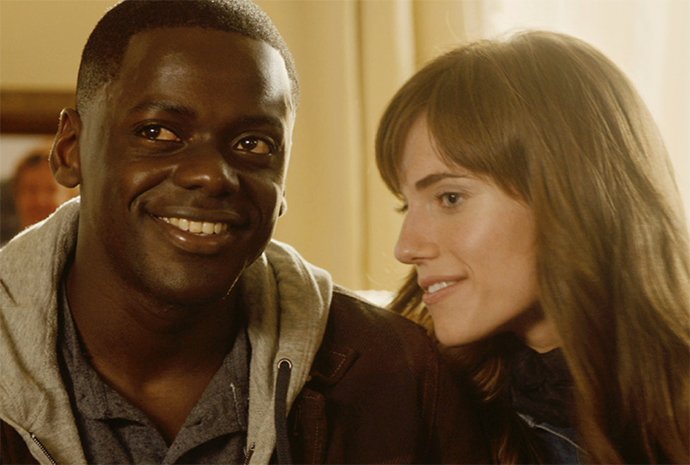 Initially, it seemed like he had nothing to worry about. Rose’s parents give him a warm welcome, and perhaps a tad too warm, that Chris becomes uncomfortable. Then as their stay progresses, things start to get weirder and weirder, like the housekeeper with a permanent forced smile on her face and a party of sorts with its attendees treating him more like an object than a person. Director Jordan Peele gives us a horror movie we’ve not seen before, and cleverly injects social and cultural observations into the mix. The result is a riveting horror movie that doesn’t scare with gore but messes plenty with your mind.

In 2013, The Purge hangs up morality for one night, and allows anyone this one night a year to commit any crime, and get away with it scot-free. To reduce the crime rate in America, the government has sanctioned a 12-hour period during one night per year to legalise any form of crime, including murder, in hopes that this will lower the rampant crimes that have led to overcrowding in prisons. 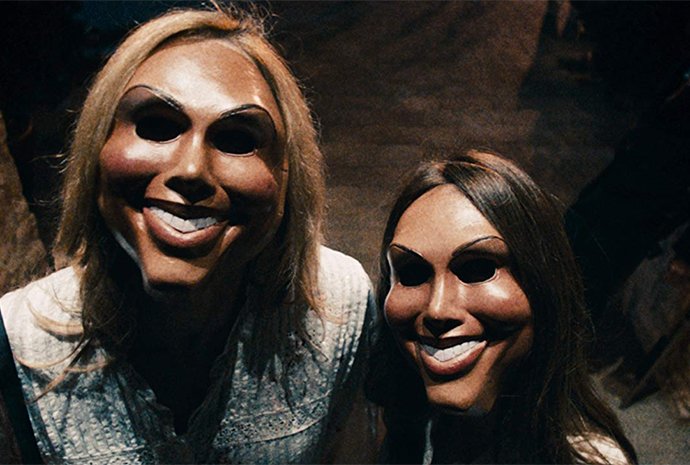 On this one Annual Purge night, we follow the Sandin family and how they get through the agonising 12 hours. Ethan Hawke and Lena Headey play the Sandin parents, who must decide if they should allow a stranger into their home to prevent him from being killed, at the request of their daughter. 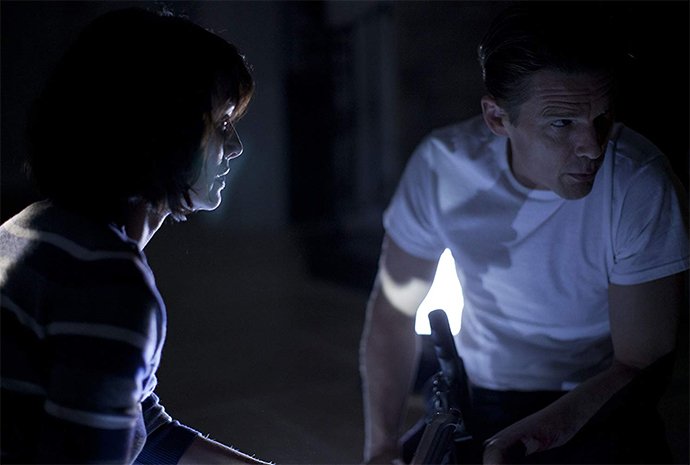 The movie questions our morals to the core and drags the ugly, selfish side of human front and centre. The Purge was such a success that it cascaded into a series that sees three more movies- The Purge: Anarchy (2014), The Purge: Election Year (2016) and The First Purge (2018). There is also a TV series in the works. Katie (Katie Featherson) and Micah (Micah Sloat) have just moved into a house and felt a disturbing presence. Katie shares that she’s always been followed by spirits since young, and initially thinks nothing of it. However, this time, it isn’t the same. After a few nights of strange occurrences and eerie noises, the couple set up cameras at home to record any paranormal activities and are shocked at the footage they saw. After a paranormal researcher declines to be involved, Micah takes things into his own hands, which had an adverse effect on the evil spirit that lurks in the house, leading to grave consequences.

Taking a leaf from the 1993 Blair Witch Project, the success of Paranormal Activity lies in the rawness and realism of its footage and the whole set up. Even the character names are taken from the actors. The recorded footage, with a grainy Katie standing unmoving at the bedside for a prolonged period of time doing nothing but staring at her sleeping boyfriend creeps the heck out of us. The success of the video footage formula expands into a film series that sees five more movies, all using hand-held camera footage.