The Cast of “American Pie”: Then and Now 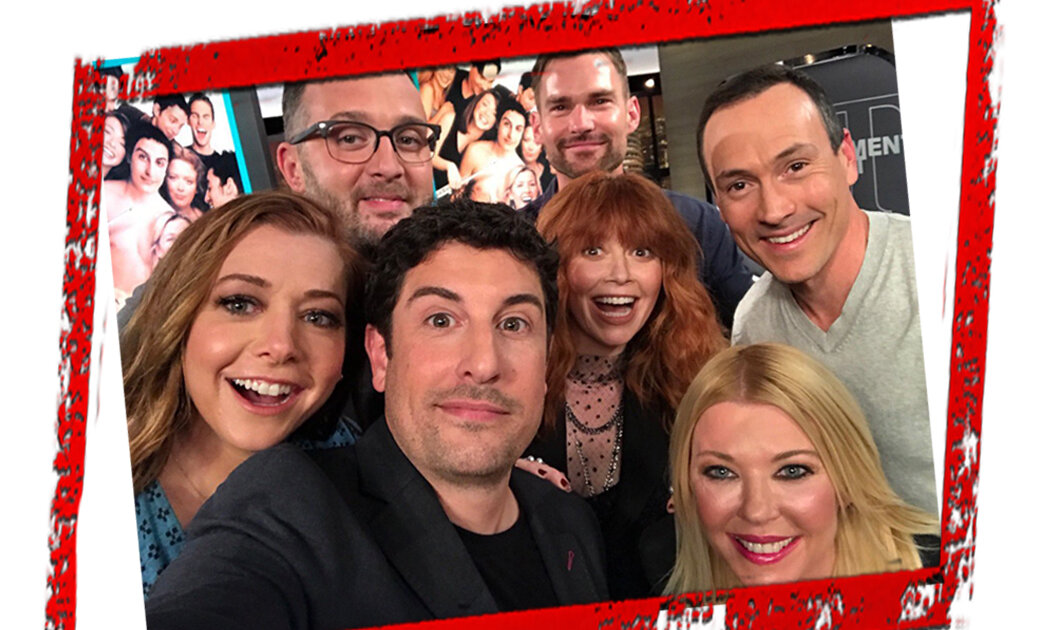 It’s hard to believe that it’s been 20 years since the iconic (and highly uncomfortable) image of a man humping a warm apple pie graced our screens. A seemingly throwaway about five guys trying to lose their virginity before graduation turned into a hit, and for a short time, a pop-culture phenomenon. Let’s check in with what the cast has been up to since the summer of ‘99. 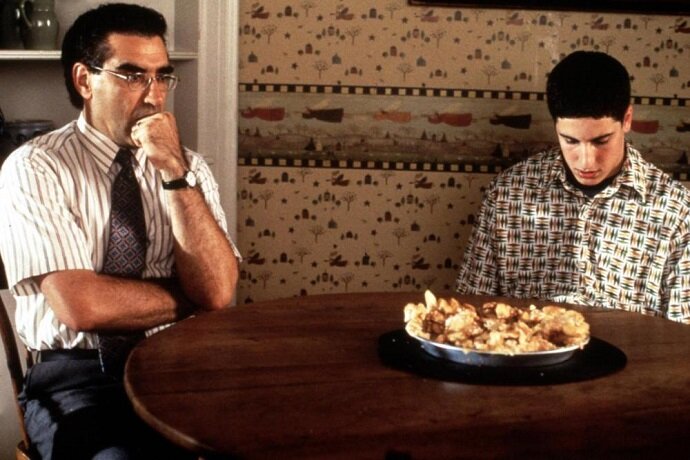 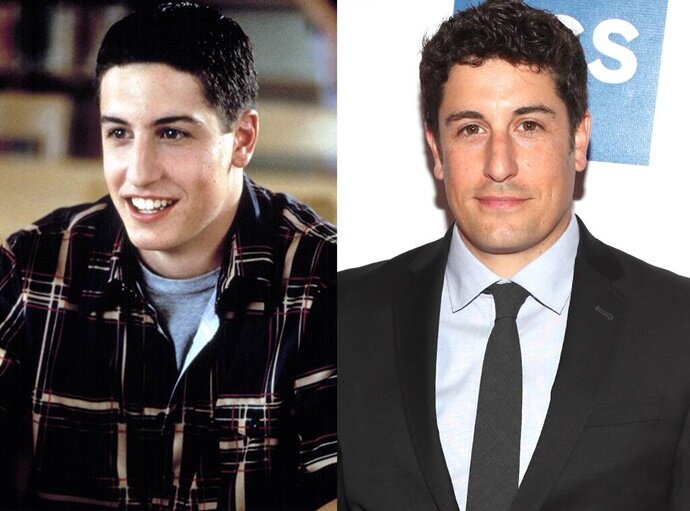 After playing series protagonist Jim Levenstein, Jason Biggs parlayed his American Pie fame into roles on Boys and Girls, Loser, Saving Silverman, Anything Else, Jersey Girl, Eight Below, Over Her Dead Body, and My Best Friend's Girl, which is also the film where he met his wife, actress Jenny Mollen, whom he married on April 23, 2008. The most recent memory of him for many viewers will probably be his stint on Orange is The New Black, as Larry Bloom, Piper’s rather annoying fiancé. Klein played the jock with a heart of gold, “Oz”. After the original movie Chris scored roles alongside Reese Witherspoon in Election (1999) and Mel Gibson in We Were Soldiers (2002).

Since then, Chris Klein has mostly appeared in smaller fare such as Authors Anonymous (2014) and The Competition, as well as roles on TV like FX's Wilfred, Fox's The Grinder, and CW's The Flash.​ Arguably, his most notable appearance was when his audition for 2008’s Mamma Mia leaked and went viral. His pre-audition banter included gushing about Mandy Moore, and then an full-of-gusto but pitchy rendition of ABBA’s Lay All Your Love on Me. Yikes. 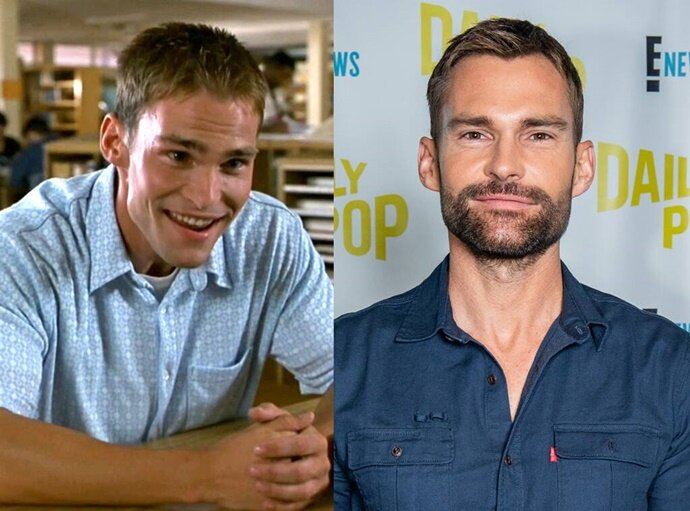 The man known as Stifler has had lots of success, despite being somewhat typecast in comedic roles. Some of his other more memorable outings include Dude, Where's My Car? (2000) and The Dukes of Hazzard (2005). He also voices Crash in the Ice Age films. Scott was also a producer on American Reunion. He was most recently seen as new series lead in Fox's Lethal Weapon as Wesley Cole, replacing Clayne Crawford as Martin Riggs. Unfortunately, the show was cancelled after its 3rd season. Paul Finch, AKA the guy who got lucky with Stifler’s mom. After his role on Pie, Thomas appeared in flicks such as James Toback's Black and White, the Tom Green cult-comedy Freddy Got Fingered, and in a rather on-brand move, both Harold & Kumar movies. Most recently, he could be seen as Dr. Tobias "Toby" M. Curtis on CBS show Scorpion. 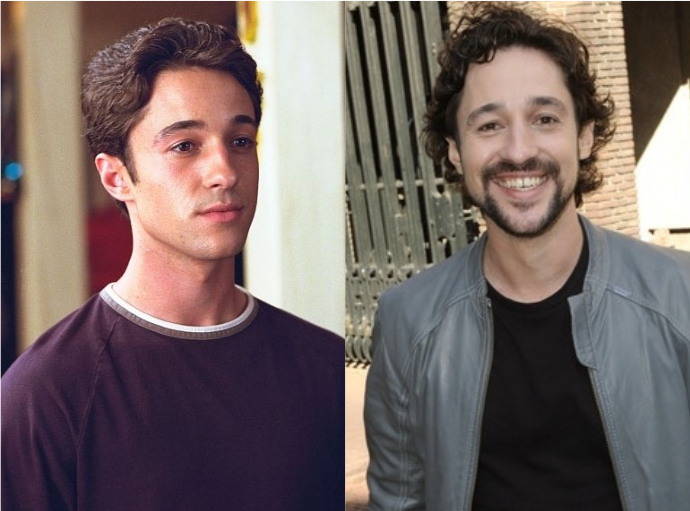 Kevin Myers, if you don’t recall, was the guy who initiates "the pact" for the guys to lose their virginity before graduation. Nicholas, who was a child actor before American Pie, already had notable roles on popular TV shows such as Who's the Boss and Married... with Children, and the 1993 sports movie Rookie of the Year. Since Pie, he’s continued working in film, television and even music, releasing albums, EPs, and co-writing songs. His tune "My Generation" was also featured on the American Reunion soundtrack album. Mena Suvari had a hell of a year in 1999. Besides playing the role of Heather Gardner, Oz’s love interest in American Pie, she also had a co-starring role in American Beauty. Since then, she’s had notable roles in HBO's Six Feet Under, FX's American Horror Story franchise, and alongside Alicia Silverstone in Paramount Network's American Woman. Besides acting, Suvari has been seen in her roles as a spokesmodel for Lancôme, and as an advocate for the Natural Resources Defense Council. 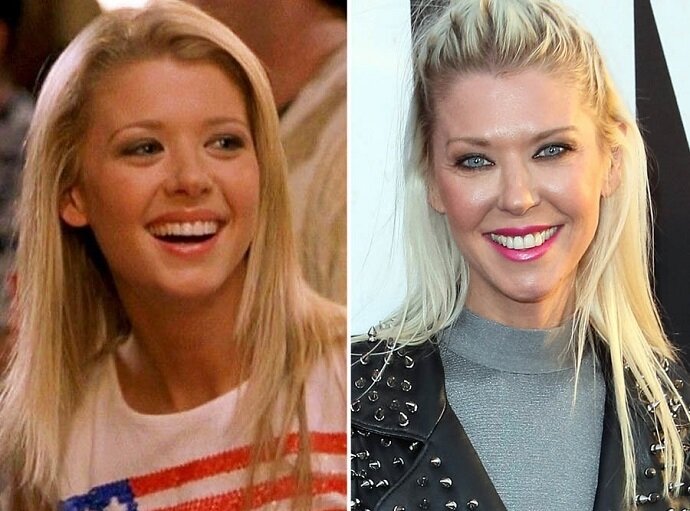 Reid played Kevin’s girlfriend, Vicky Lathum, the girl in no hurry to lose her virginity. Post Pie, she garnered plenty of roles, including starring alongside Richard Gere in Robert Altman's Dr. T & the Women (2000). Plenty of roles followed, including Josie and the Pussycats (2001), Van Wilder (2002), My Boss's Daughter (2003) and Alone in the Dark (2005), although none of them were particularly well-received. Notably, Reid did not return for 2003's American Wedding, but did return for American Reunion.

For most, Reid will probably be better remembered for her constant appearances in the tabloids during the early and mid-2000s. Her constant links to actors, musicians and businessmen as well as botched cosmetic surgeries, would turn her into somewhat of a punchline. However, a role in SyFy's surprise 2013 hit Sharknado breathed new life into her career, and the following year even saw her releasing Shark by Tara, a perfume and swimwear line inspired by Sharknado. 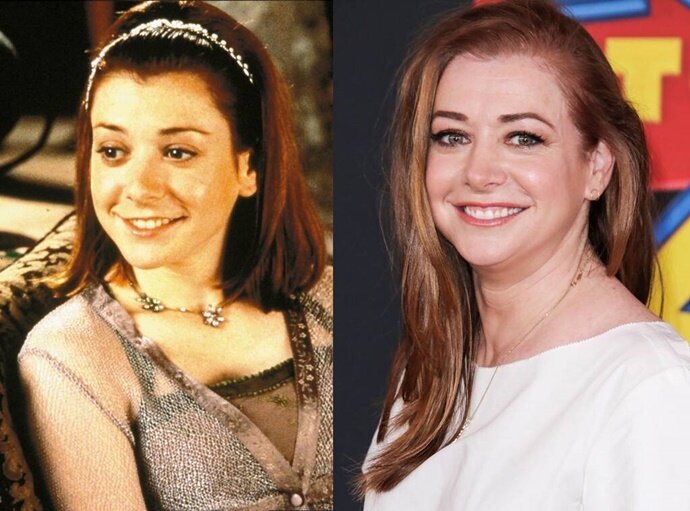 Even before playing Michelle Flaherty, Jim’s flute-playing love interest, Alyson Hannigan was already a successful actress. From 1997 to 2003, she played Willow on Buffy the Vampire Slayer. After both Buffy and Pie, she would go on to have an almost decade-spanning run on CBS’ How I Met Your Mother, as Lily Aldrin. Even before playing the role of Jessica, Vicky’s sexually experienced friend, Natasha Lyonne already had credits in Woody Allen's Everyone Says I Love You (1996) and Slums of Beverly Hills (1998). What followed was roles in indies like Die Mommie Die! (2003) and Party Monster (2003). Like co-star Reid, Lyonne spent most of the 2000s being in the tabloids for her erratic behaviour and drug addiction. However, there’s been a happy ending here, Natsha has experienced a resurgence as of late, starring in Netflix's Orange is the New Black and most recently, 2019's Russian Dolls, a series she co-produces, writes and acts in. It’s her take on Groundhog Day, where she plays a woman named Nadia, the guest of honor at a seemingly inescapable party one night in New York City, who dies repeatedly, always restarting at the same moment at the party, and has to figure out what is happening to her. 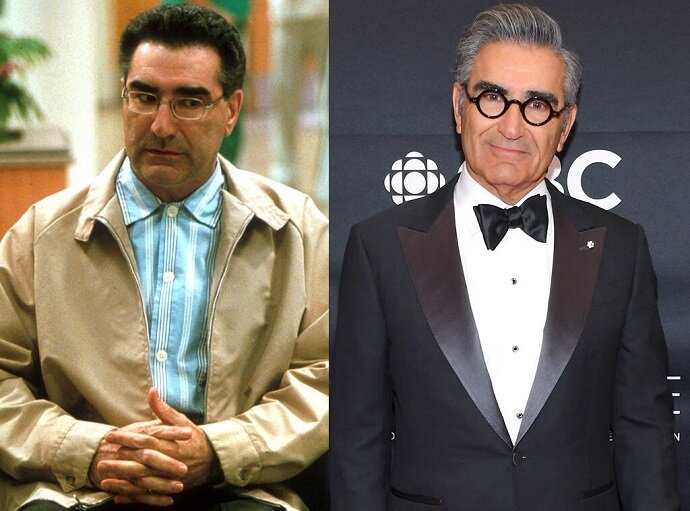 Before he played Jim’s dad, Noah, the bushiest eyebrows in showbiz, was a player on Canadian-sketch comedy series SCTV (basically, Canadian SNL), and acted in Christopher Guest’s Waiting for Guffman (1996). Post-Pie, he continued collaborating with Guest, appearing in Best In Show (2000), A Mighty Wind (2003), and For Your Consideration (2006). He’s also lent his voice to animated characters in Curious George, Over the Hedge and Finding Dory​. Currently, he’s still keeping busy, starring on Schitt's Creek, alongside his son and co-producer, Daniel Levy. 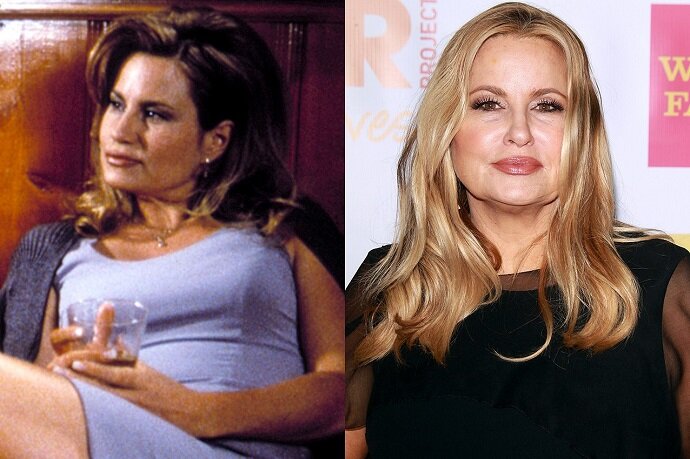 Maybe the biggest breakout star of everyone on this list, Jennifer Coolidge played Stifler’s mom, Jeanine. She went on to become the go-to actress for sexually-charged eccentric female characters, starring as Paulette Bonafonté in Legally Blonde (2001), and joined her co-star Levy on Christopher Guest’s Best In Show (2000) and A Mighty Wind (2003). She’s still in-demand, with recent appearances on 2 Broke Girls, Glee, and The Secret Life of the American Teenager. In 2020, she's set to reprise her role as Paulette alongside Reese Witherspoon in Legally Blonde 3. 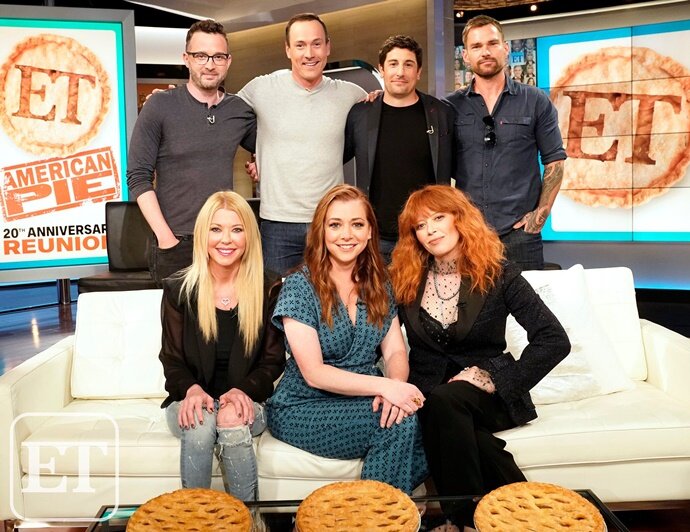