Long gone are the days when being a geek is seen as something on the fringe. These days, nerd culture is such an integral of mainstream pop culture, it’s impossible to separate them at times! Comic characters have leaped off the pages and infiltrated anything from bed sheets to mobile phone cases, and the fever shows no sign of dying down. And why should it, when the universe of sci-fi, fantasy and superheroes have just begun?

So when it comes to a phenomenon, San Diego Comic Con (SDCC) is as big as it gets. From a hotel basement to an international institution that is the platform to discuss and launch news about all things comic, all eyes are already trained on the main event on 20 July. And what do you know, 2019 may be the institution’s most awaited yet, as it celebrates its 50th outing! Not only that, with the closing of several chapters of long-standing projects in the Marvel Cinematic Universe (MCU) and Game of Thrones (GoT), this only has got fans revved up for what’s in store in the future.

Whittling through the rumours and program, here are some of the things you should take note and look forward to at SDCC 2019. 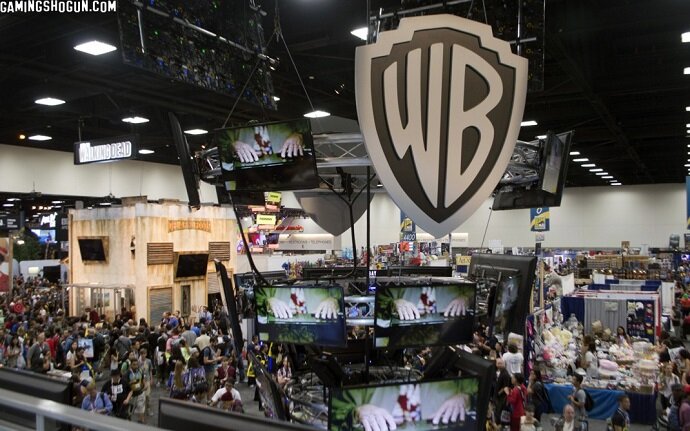 For the first time in 20 years, Warner Bros. (WB) will not be having a presence in Hall H. For those who are not familiar, Hall H is the epicentre of activities at SDCC, with big-name directors, producers and stars appearing at panels to do lively candid discussions and most usually, a big reveal.

Though no official reason has been given, WB’s decision to do so has been linked to poorly-performing projects, such as the cancelled TV series Swamp Thing, The lukewarm response to Batman v Superman, Justice League and Suicide Squad - all of which were revealed at past SDCC showings - might also play a part.

However, WB has confirmed a booth at ScareDiego, the convention’s horror-themed portion, with IT: Chapter Two. Small surprise, as the genre has really boomed in the last decade, refreshed by new talents and trends. 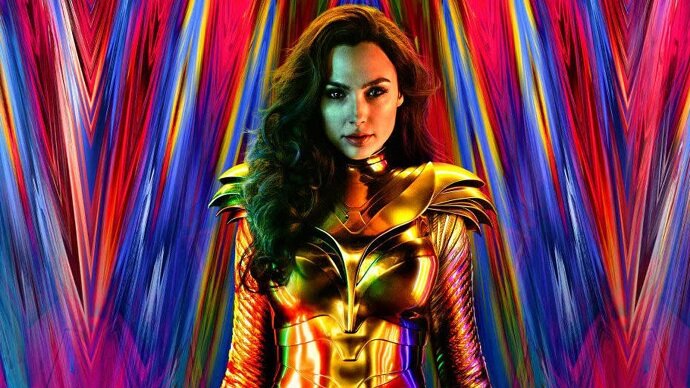 Not only appearing at Hall H just means there’s less official reveals and announcements, but fans of the DC Universe can still catch a break with WB’s other offerings. With four big projects on hand from this universe (Joker, Wonder Woman 84, Birds of Prey, Batwoman), the studio is still keeping things alive with some appearances.

Expect sneak peeks and exclusives coming from their original programming like Titans and Doom Patrol, while this year’s biggest hype is really about the upcoming Harley Quinn animated series. And occupying the biggest entertainment section lot will be their combined booth, where gifts exclusives and interactive experiences are installed.

And with all projects revolving around our moody caped crusader Batman (hello Robert Pattinson!), it is fitting that this is the year the superhero is inducted into the Comic Con Hall of Fame. The biggest exhibition takes place at Comic Con Museum, where The Batman Experience spreads out over three levels and 68,000 square feet. 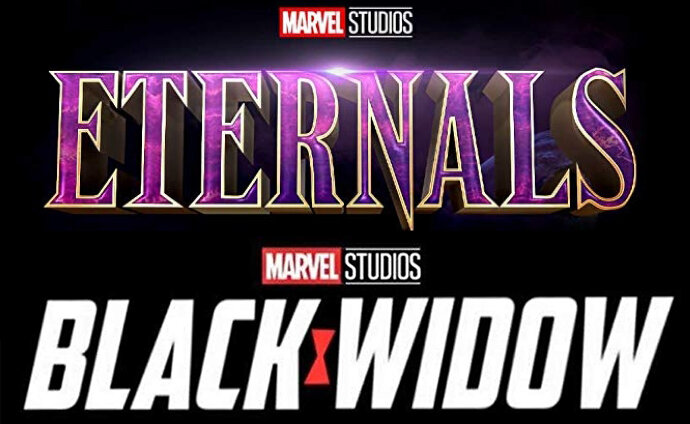 After Spiderman: Far from Home and of course, Avengers: Endgame, Phase 3 and the Infinity Wars saga has finally ended. 2019 will make the year we say goodbye to the Avengers - or at least most of them, as Marvel Studios president and producer Kevin Feige looks set to reveal the MCU Phase 4 at Hall H with a panel lasting 90 minutes!

Regulars will know this means updates on titles like Black Widow, where production is already taking place, as well as official announcements that will shed light on the as-yet- mysterious Phase 4. On top of performing character movies like Doctor Strange and Black Panther getting their own sequels, we should hear others like Guardians of the Galaxy 3 getting some timeline updates.

Most awaited of course, most be the brewing capsule that is The Eternals. With Thanos lifting the Avengers out of a small rut, it’ll be interesting to see the rest of the cosmic gang. We’re pretty sure Angelina Jolie is already signed on, but will rumours of others like Millie Bobby Brown, Kumail Nanjiani and Richard Madden be confirmed? We can hope!

It’ll also be interesting to see if more the Women of Marvel get their due. With Captain Marvel and Black Widow getting that much support, we just might hear about other characters like The Wasp and She-Hulk.

With the description indicating ‘surprise panelists’, it’s no doubt that MCU’s slot at Hall H will be the biggest thing to happen at SDCC 2019. And having already listed 8 confirmed release dates all the way to 2022, you can bet Black Widow won’t be the only thing being talked about. The coming-of-age collaboration of Disney and Marvel comes to fruition with D23, Disney’s premiere convention in August. And while that may affect some of the news happening at SDCC, you can still expect plenty of updates from the House of Mouse.

Disney+, the company’s on-demand programming, will include Falcon & Winter Soldier, Hawkeye, and Wanda Vision, which all exists within MCU. Most talked about though, has to be a series about our favourite trickster god, Loki. With Tom Hiddleston recreating his role for the upcoming channel, he has only said it will be a departure from the movies. Beyond that, we suspect SDCC holds the key to revealing something about this key project.

As for the other titles, Disney has already released their trailer for Mulan, and with sequels to two of their most prominent recent hits, Maleficent and Frozen, you can be sure to catch some surprise reveals at the event.

And with the opening of Star Wars Land at the theme park, it’s the perfect time for them to close out the previous chapters with a new reel, and to leverage SDCC for some hype on Star Wars Episode 9: The Rise of Skywalker coming in December. 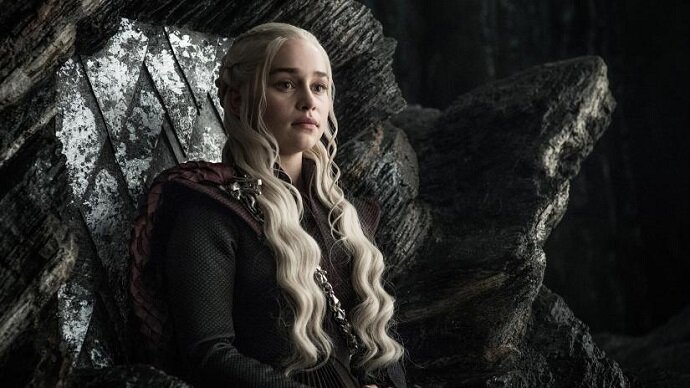 With the way things went for the last season, HBO will absolutely need a fan service panel to address the way things went down for GoT. Popular items to go through for such events include special footage and signings to close off the min franchise. But there’s always the possibility of spin-offs coming our way, with Hodor, Arya, and many other beloved characters resurrected for material.

Also expect plenty of memorabilia and lots of news on home-viewing option such as Blu-ray to be revealed, although that last season might not do so well.

AlSO READ: From Unknowns to Mega-stars: A Look at the Game of Thrones Cast 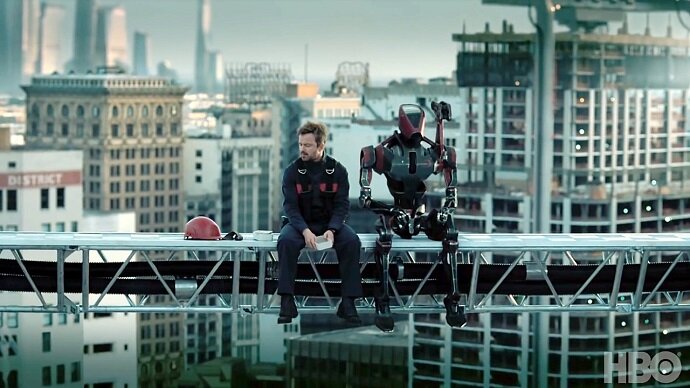 Besides these tops brands, other updates you can expect include classics like Terminator: Dark Fate, the Singapore-shot Season 3 sci-fi Westworld, Philip Pullman’s His Dark Materials saga, highly-anticipated Witcher, and of course, plenty coming from CBS’s Star Trek, as they announce their projects and timeline.

SDCC’s golden anniversary seems set for an explosive new era of updates for the entertainment universe, and we can’t wait to see what the future holds.