From Unknowns to Mega-stars: A Look at the Game of Thrones Cast If you have not heard of Game of Thrones, you must have been living under a rock for the past eight years. There’s never been a television series as much talked about as the Seven Kingdoms of Westeros, and there’s never been a more intense fight for the Iron Throne.

The successful series made stars out of its young actors, and award-winning thespians out of its veteran ones. Pre Game of Thrones, the series’ younger actors were only having bit parts, if any. After the explosion of the series, they’ve gone on to greater heights. Here’s a look at the stars of Game of Thrones, before they were famous. Jon Snow is actually Harington’s first acting role. Not bad for someone straight out of drama school. Although his screen time in the first season wasn’t all that much, it has increased exponentially throughout the seasons. Now eight seasons later, Harington is one of the highest paid actors on television, earning 2 million pounds per episode.

Back in the first series, when Jon Snow was just known as the illegitimate son of Ned Stark, Harington was still an unknown actor. He made his movie debut in the 2002 Silent Hill: Revelation 3D, a horror film based on the Silent HIll video game. But as his fame increases, Harington was offered meatier roles. In 2013, he snagged the leading role in Pompeii, a disaster film loosely based on the Roman city that was destroyed. In between seasons of Game of Thrones, he also made time to appear in the 2016 western thriller Brimstone, where he replaced Robert Pattinson to play the object of Dakota Fanning’s character’s affection. Beyond these occasional movie parts, he also took time out to do voice-over acting in this year’s How to Train Your Dragon: The Hidden World, as Eret. 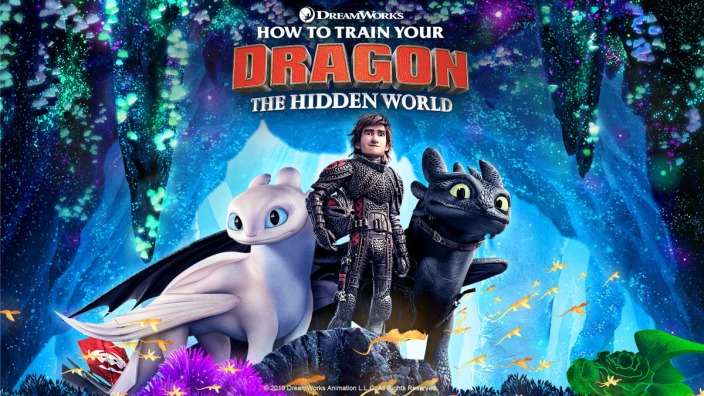 Post Game of Thrones, Harington shaved off his signature Jon Snow beard and has not taken on any new projects. After eight consuming years on the series, perhaps it is a good time to take a break. Before Game of Thrones came knocking, Emilia Clarke was doing short films and subsequently appeared in two television series. As Daenerys Targaryen, or rather, Queen Daenerys Stormborn of the House Targaryen, the First of Her Name, Queen of the Andals, the Rhoynar and the First Men, Lady of the Seven Kingdoms and Protector of the Realm, Lady of Dragonstone, Queen of Meereen, Khaleesi of the Great Grass Sea, the Unburnt, Breaker of Chains and Mother of Dragons, Clarke, like Harington, saw her character grew from strength to strength with each season. From a meek, unsure teenager sold by her brother to a warlord, she has risen to the challenge to become a ruler in her own right. Clarke transformed Daenerys from a frightened teenager to an empowered woman, and earned critical acclaim. With the success of Game of Thrones, Clarke finds Hollywood knocking at her door. She was offered the part of Anatasia Steele in Fifty Shades of Grey, but turned it down. Thankfully, she didn’t turn down the chance to star with Arnold Schwarzenegger in Terminator Genisys (2015), playing Sarah Conner. She followed that with another high profile movie- Solo: A Star Wars Story, as the love interest of Han Solo. In between these movies, she also starred in romantic drama Me Before You opposite Sam Claflin as a caregiver of a paralyzed man. Post Game of Thrones, Clarke is keeping herself busy. She has two projects lined up, the first is Above Suspicion, a movie on the first ever conviction of a murder of an FBI agent, while the second is Last Christmas, opposite a stellar cast including Emma Thompson, Michelle Yeoh and Henry Golding. These roles are as far away from Khaleesi as possible, but with Clarke’s expressiveness (just check out her expressive eyebrows!), they are all but a walk in the park. Out of the Game of Thrones cast, Lena Headey is probably one of the most seasoned actors. The British actress made her acting debut on the big screen in 1992’s Waterland and worked in British films and television series steadily for a decade before breaking into Hollywood with 300 (2006). She played Queen Gorgo, the Spartan queen, and she later reprised that role in the sequel 300: Rise of an Empire in 2014. As Cersei Lannister, the cold-hearted, ambitious queen who will stop at nothing to sit on the Iron Throne, Headey gives a chilling performance that makes Cersei one of the most interesting characters in the series. In between the series filming, Headey didn’t take breaks, she took on movie projects. In 2012, she played the drug lord ma-ma in Dredd, a foul-mouthed, drug dealer who’s prone to violence. Then in 2013, she starred in The Purge alongside Ethan Hawke, as they guide their two children to survive Purge night among jealous neighbours. 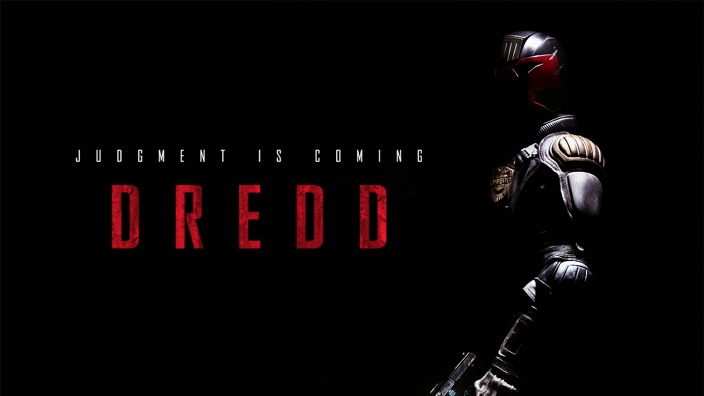 Like Clarke, she’s not stopping after Game of Thrones. She’s moved back to movies, with her latest big project being Fighting With My Family as Julia Knight. The movie is about a wrestling family who’s found fame in the wrestling world. Sansa Stark is Turner’s acting debut. It was her drama teacher that encouraged her to audition for the role, and she never looked back. Although Sansa was hardly a favourite character when Game of Thrones began, her character arch has since expanded and now, as the Lady of Winterfell, it’s safe to say Sansa is one of the beloved characters in the series. For a first-time actress, Turner turned in a beautiful report card that sees her ace with flying colours. Following Game of Thrones’ success, Turner too, turned to movies. She made her big screen debut in 2013, in an independent thriller Another Me. she then appeared in the action comedy film Barely Lethal opposite Hailee Steinfeld, Jessica Alba and Samuel L. Jackson. These were all supporting roles. Turner got her leading role in 2016’s X-Men: Apocalypse as the teenage Jean Grey, and she was stunning. She returned as Jean Grey/Phoenix in this year’s Dark Phoenix. In May she married Joe Jonas, who she had been dating for over two years. 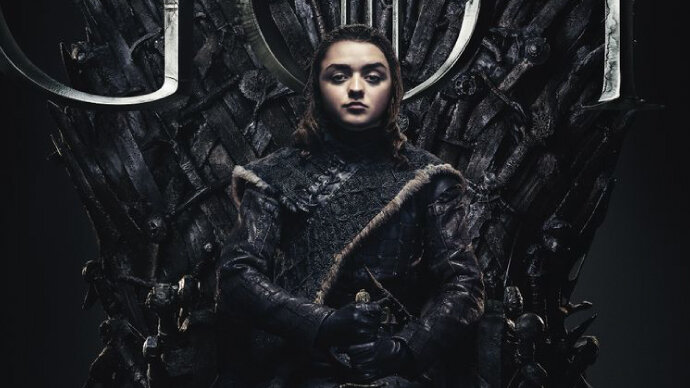 Like Turner, Maisie Williams made her acting debut as Arya Stark in Game of Thrones. The youngest of four children, she was picked from a pool of 300 actresses for the role of her lifetime. Playing the youngest child of the Stark family has won Williams several accolades, including BBC Radio 1 Teen Awards for Best British Actor.

When not being a tomboy dressed in raggedy clothes, Williams appeared in other television series, she has a recurring role in popular British series Dr Who, and another British series The Secret of Crickley Hall. She made her big screen debut in The Falling (2014), a British Drama and mystery thriller. Although Game of Thrones ends this year, Maisie can still be seen, on the big screen. She will appear in The New Mutants, as Wolfsbane. Dinklage, like Headey, is one of the more known actors in Game of Thrones. He is also the only actor from the series to have won an acting award for it- he took home four Emmys and a Golden Globe for Best Supporting Actor. 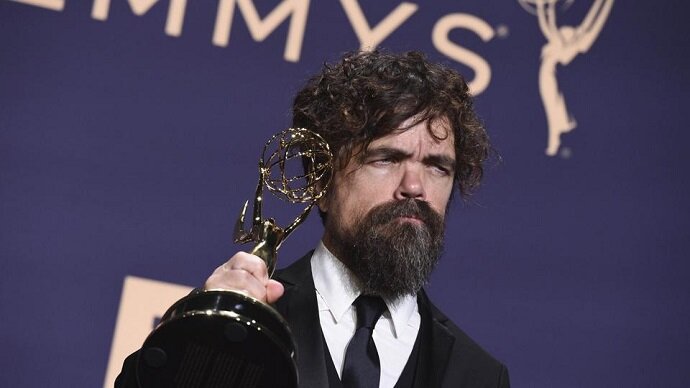 Dinklage, the only dwarf in his family, struggled to find acting work in his early years. He refused to take on parts of elves and leprechauns and persevered. His tenacity paid, as he got his breakthrough playing Finbar McBride in the 2003 film The Station Agent. He started to gain work steadily, starring in multiple films. As the smart as a whip Tyrion Lannister, Dinklage was the first actor to be cast in the series. The series’ filmmakers had noted that Dinklage was not only smart and witty, but funny as well. And that was exactly who they wanted. And here’s a fun fact, Dinklage is fast friends with Headey and it was Dinklage who recommended her to the filmmakers to play Cersei Lannister. Apart from his acting work, Dinklage also does voice-acting. He appeared in The Angry Birds Movie (2016) as the MIghty Eagle, and in the Ice Age series as Captain Gutt. Besides that, he also appeared in blockbuster movies. Do you remember him as Eitri the giant dwarf king in Avengers: Infinity War, who created (and recreated) the Mjolnir for Thor?

While we won’t see him return in Endgame, we’ll hear him soon enough, in The Croods 2.