Isabela Moner: Taking on Hollywood One Hit At a Time 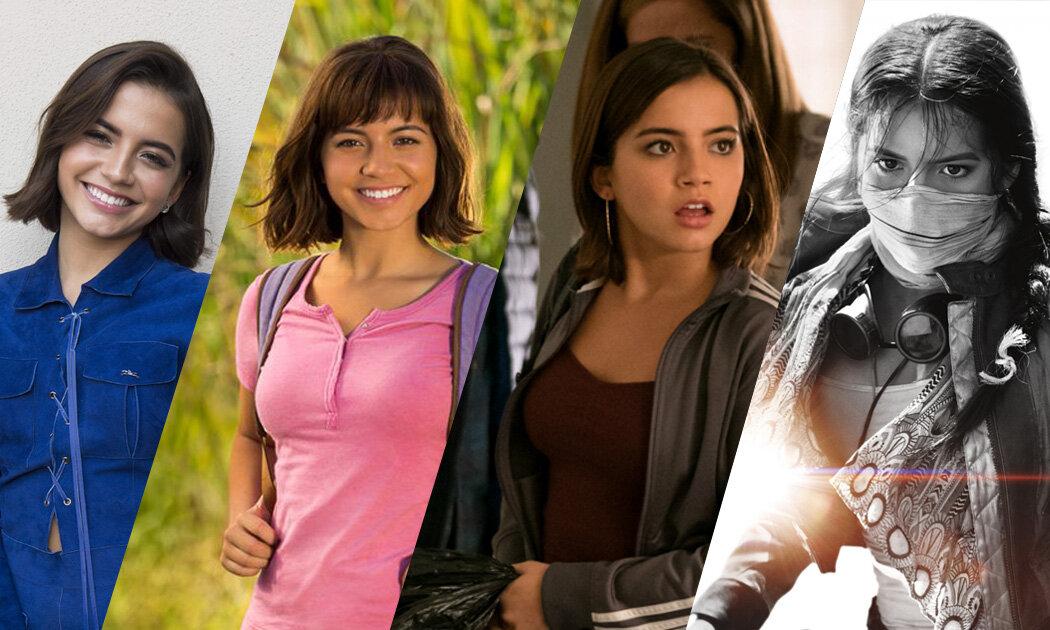 She sang with Ricky Martin on Broadway at 10, starred in her first movie role at 12 and was accepted to college at 15. She already has over a dozen acting roles under her youthful belt. It would seem that there is little that singer and actress Isabela Moner can’t do. Oh, and she is also the live-action Dora the Explorer in the movie Dora and the Lost City of Gold, set to release this year. Here’s a look at this multi-talented rising star. Although she was born in America, Moner spoke mainly Spanish during her early years, as her mother is Peruvian. Her exotic looks was due to her parents’ mixed ancestry. Her father is of Polish and Slovak descent. Moner struggled with English when she entered grade school (at age 6), but eventually caught up, since she was accepted to college at just 15, a good two years ahead of normal students! Sharing the Stage with Ricky Martin

Moner showed signs of a performer at a young age, she loved to act, inspired by movies with Shirley Temple and Judy Garland. At age 10, she made her Broadway debut with a bang, starring in a production of Evita, singing in Spanish with Ricky Martin. This isn’t her only stage experience, she also appeared in productions such as Annie (as Annie), Les Miserables (as the young Cossette), Zorro (as young Lisa) and more. Making the Switch to Acting

After her Broadway debut, she turned her sights to acting and made her big screen debut in The House That Jack Built (of 2013, not the 2018 Lars von Trier film) when she was 12. The movie won numerous awards at national film festivals. She then turned to TV, appearing in Nickelodeon TV shows, most notably for the series 100 Things to Do Before High School, which ran from 2014 to 2016. Moner also did voice-over work on animated series such as Dora and Friends: Into the City, the animated movie The Nut Job 2: Nutty By Nature (2017) and the video game Kingdom Hearts HD2.8. While pursuing acting, Moner never forgets her love for singing as well. She released her first solo album in 2015, when she was 14. On the album, she performed a song written by a once-teen singer herself, Debbie Gibson. Back in her hometown Cleveland, she had the honour of performing as a soloist with the Cleveland Pops Orchestra.

In her third movie outing, Moner scored big with a sizeable role in Transformers: The Last Knight, alongside Mark Wahlberg. Her role as Izabella got her mainstream notice, and she kept the momentum with another stirring performance in Sicario: Day of the Soldado (2018), as the daughter of a drug lord. Also in the same year, she starred with her Transformer co-star Mark Wahlberg again, this time in a light-hearted comedy, Instant Family. She plays Lizzy, the eldest of three siblings who are in the foster system, waiting for a family to foster and maybe, adopt them. Moner shows her acting range in this role where she plays both a rebellious teen and surrogate mother to her two younger siblings. Her performance easily outshines the rest of the cast. Moner’s time in the limelight has only just begun. Up next for this 17-year-old is as the beloved Nickelodeon character Dora the Explorer. She stars as the teen Dora, who embarks on her most dangerous adventure ever- high school, having spent most of her life in the jungle with her parents, played by Eva Longoria and Michael Peña. An accomplished singer, a talented actress and an honours student- Isabela Moner looks set to conquer Hollywood, and possibly the world. And she is only just 17.