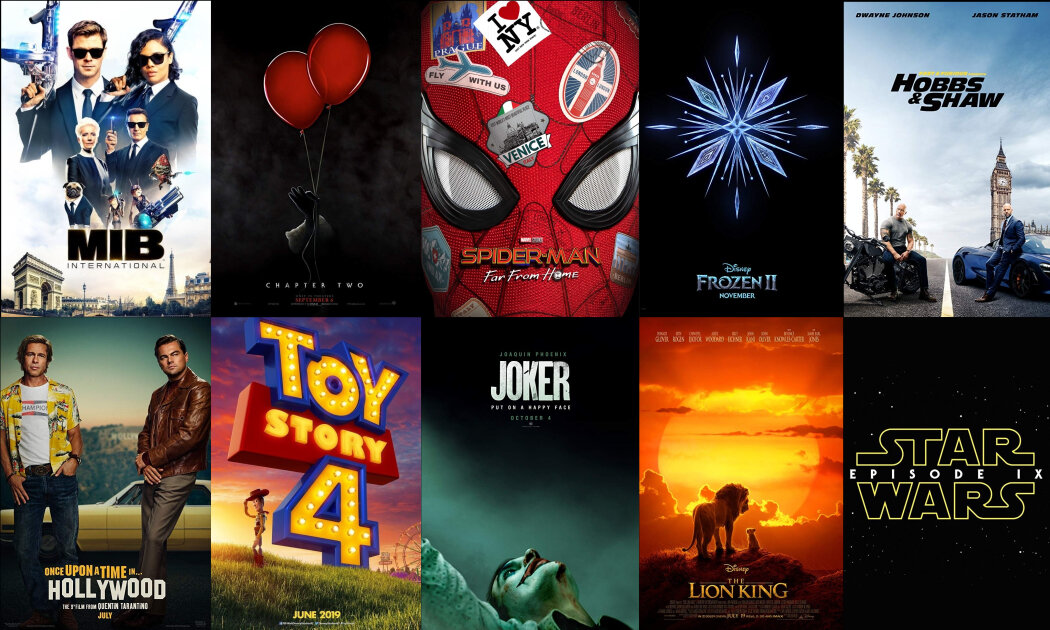 It feels like 2019 has only just begun… but we’re already at the halfway mark! While Avengers: Endgame is probably the biggest movie event we’ll experience for the year… there’s still plenty of hype left to consume, so let’s jump right into it. No Will Smith, no Tommy Lee Jones… so what do you do? Put some interesting talent in place and take the franchise somewhere it’s never been. F. Gary Gray, fresh off directing two hits in Straight Outta Compton, and Fast & Furious 8, will direct. Having had a blast together in Thor: Ragnarok, Thor (Chris Hemsworth) and Valkyrie (Tessa Thompson) will reunite as an onscreen duo, playing Agent H and Agent M, a London-based duo of MIB agents. They’ll be reporting to Liam Neeson, the head of MIB UK. Emma Thompson reprises her role from previous MIB movies as Agent O, the head of the US branch of MIB.

While I’m not really sure what else the MIB franchise has to say anymore, an interesting cast (Kumail Nanjiani and Rebecca Ferguson are also on the cast) makes this a movie that may sneak up and surprise everyone. Toy Story 3 was about as perfect an ending anyone could have asked for… so, don’t mind us for being nervous about this one. Nevertheless, it’ll be pretty exciting to see Woody, Buzz, Bo Peep, Jessie, Slinky, Rex and the rest of the gang again. We last saw the Toys being left in the care of Bonnie, as Andy went off to college. (Just writing this sentence made my eyes well up.) Word on the street interwebs is that the movie will revolve around a road trip for the toys this time.

A new toy, Forky, will be introduced. He’s a homemade toy made by Bonnie using a spork, which causes him to suffer from an existential crisis. The sketch comedy duo of Keegan-Michael Key and Jordan Peele will also reunite to voice Ducky and Bunny, a pair of carnival plush toys. Keanu Reeves will be voicing Duke Caboom, a motorcycle-riding stunt toy.

You can watch Tom Hanks, the actual guy whom everybody loves (sorry Raymond) in A Hologram for the King, and Apollo 13: Peter Parker goes on a field trip to the UK… but is summoned into action across Europe by one Nick Fury himself. The villainy will be provided by fishbowl wearing illusionist Mysterio, played by Jake Gyllenhaal. Sounds pretty fun, and I’m looking forward to seeing more from the best live-action Peter Parker/Spider-Man so far, Tom Holland.

See a young Tom Holland fight against all odds to survive the tsunami of 2004 in The Impossible: 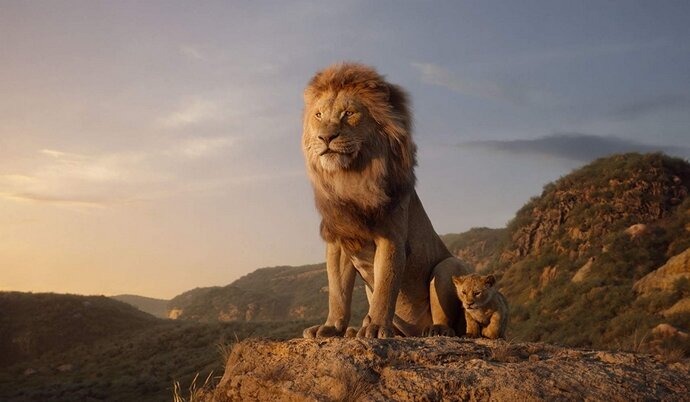 Out of all the Disney remakes that’ll be hitting the screen, this is arguably the biggest one. The return to Pride Rock will be helmed by Jon Favreau, a reassuring since he did a rather good job with the remake of The Jungle Book a couple of years ago. James Earl Jones will be voicing Mufasa again, cementing him as possibly the best/worst dad in the cinematic for playing both Mufasa and Darth Vader. On the musical side of things, Elton John will be delaying his retirement to rework his songs, with Hans Zimmer scoring the film, after having done so for the 1994 original.

What’s probably most exciting is the overall cast list, which reads like a spot-on Tumblr fantasy casting:

Billy Eichner and Seth Rogen as Timon and Pumbaa

Keegan-Michael Key as Kamari, an unhinged hysterical hyena who laughs a lot (replaces Ed from the original)

Feeling hungry? See director Jon Favreau cook up a storm in his food truck in the crowd-pleasing Chef: Has it already been three years since The Hateful Eight hit cinema screens? Well, if you’ve been hankering for some new Tarantino, you’re in luck. Quentin Tarantino’s next movie will be based around the Manson Family murders. While plot details are scarce, I’m pretty sure Tarantino will be taking some liberties with the details to tell his version of the story. The trailer seems to be extremely groovy, and Leo looks to be in fine form, with plenty of laughs from Tarantino’s script. Late 60s Hollywood fashion, stylised violence, long drawn-out dialogue, and creative music? Sign me up.

The cast Tarantino has assembled is also a who’s who of… well, you can just see for yourself:

Have the itch for a lengthy Tarantino monologue or two? The Hateful Eight and Inglourious Basterds are available for your bloody viewing: 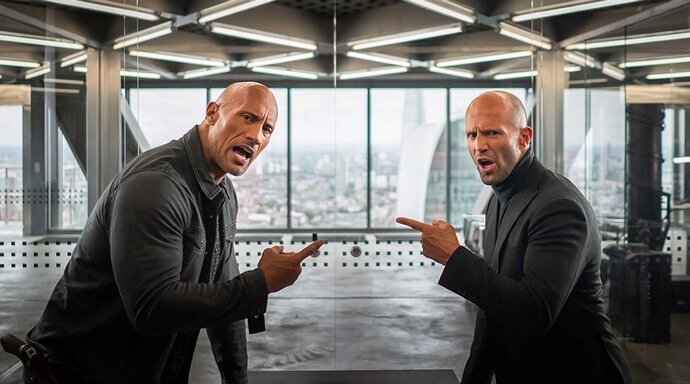 If you thought Dominic Toretto (Vin Diesel) inviting Deckard Shaw (Jason Statham) to his family barbecue after the latter killed Han was super weird, then you’d be glad to know that Shaw will be teaming up with The Rock’s super massive cop character Luke Hobbs. The Fast & Furious universe, where nothing makes sense but still does at the same time. These movies are built on a healthy dose of over-the-top stunts, dumb one-liners, lengthy yet frankly repetitive discussions about family, and gaping plot holes. I expect no different from this movie and will unapologetically enjoy every stupid second of it.

Should you wish to take on “one last job” for the family, the first seven Fast movies are available on CATCHPLAY. Ride or die, mi familia. 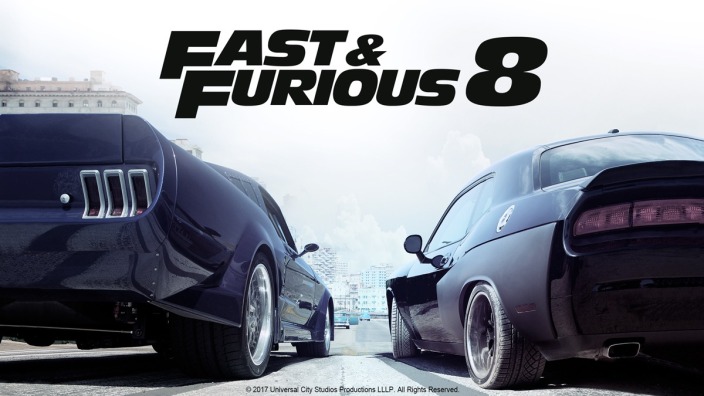 2017’s IT was a surprisingly well-executed horror movie, with a genuinely affecting emotional story at its core. Every time one of the kids was isolated and alone… you feared the worst. The sequel will pick up 27 years after the events of summer 1989, with the Losers’ Club upholding their promise to return to Derry to end It. Bill Skarsgård returns to portray the creepy clown… while some of Hollywood’s finest will play the grown-up versions of the Losers’ Club. James McAvoy, Jessica Chastain, Bill Hader, and Isaiah Mustafa (the Old Spice “The Man Your Man Could Smell Like” guy from those ads a decade ago) are amongst the actors who’ll carry on the torch of the Losers’ Club from the kid actors.

Watch James McAvoy and Jessica Chastain's first collaboration in The Disappearance of Eleanor Rigby: Them: With Wonder Woman, Aquaman, and Shazam! under their belt, DC seems to be on quite the roll. (Yes, we too like to pretend Justice League didn’t happen.) So, it’s quite a risk making a movie about a character that seems to work best with zero backstory, and as a pure agent of chaos. Joker, directed by Todd Phillips (The Hangover) tells the story of Arthur Fleck, a failed stand-up comedian who is driven insane and turns to a life of crime and chaos. Phillips has gone on record as saying that the movie is very much inspired by 70s/Scorsese style crime movies, and the whole teaser does feel very Taxi Driver-ish. Plus, Robert De Niro’s in it! Even if the whole thing blows up, we can at least count on Joaquin Phoenix to deliver a weirdo performance that’ll leave most of the audience scratching their heads.

It’s happening. Six years after kids all over the world started belting out horrendously out-of-tune renditions of Let It Go, it’s time for parents all over the world to make a proper return to Arrendalle. Do you want to build a snowman? No? Well, you have no choice. Kirsten Bell, Idina Menzel, Josh Gad and Jonathan Groff will all certainly return to voice Anna, Elsa, Olaf and Kristoff respectively. Evan Rachel Wood and Sterling K. Brown are also new additions to the cast. An early teaser is light on plot details: we see Elsa trying to master her ice powers against giant waves, while Elsa, her sister Anna, Kristoff, Olaf, and Sven all seem to go off on a journey beyond their homeland of Arendelle.

What we definitely know: you’ll definitely be hearing new out-of-tune songs from your kids, even if that won’t stop them from singing Let It Go for the 546th time. 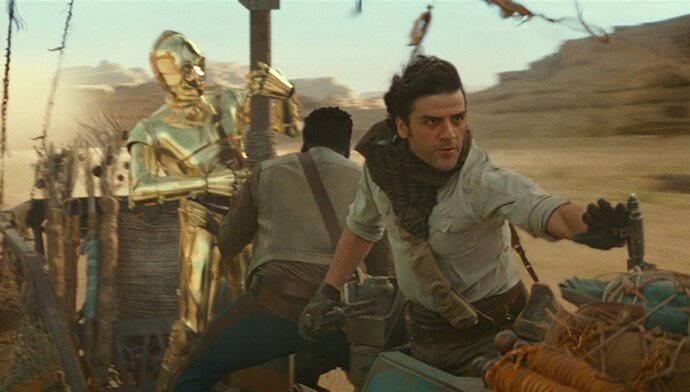 After the events of the rather divisive The Last Jedi, Disney has hired J.J. Abrams again to “right” the ship.

The first trailer was released recently at Star Wars Celebration and… it’s certainly a doozy. The Emperor is set to return, and… everything else is pretty much shrouded in mystery, as it should be a Star Wars movie. How much Princess/General Leia will there be in the movie, since they’ve announced that they’re going to use leftover footage of Carrie Fisher? How will she figure into things? Will Luke Skywalker hang around as a force ghost, like his mentors before him, after his elaborate trolling of Kylo Ren? Will Rey and Kylo Ren’s super creepy FaceTime calls using the force continue? Let’s find out together, this time next year.