The Mule- Breaking Bad in a Classic Era 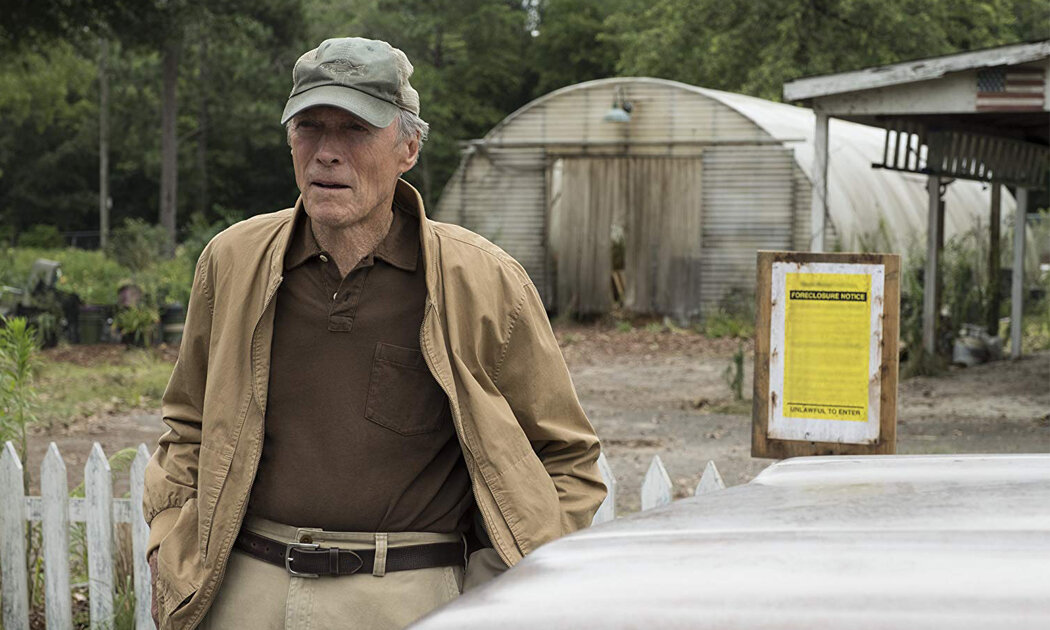 The Mule feels very much like a film made in a classic era. With a very classic leading man helming the project. Clint Eastwood is producer, director and star for the titular character, and recreates a loosely-based true story about an unlikely drug mule for a Mexican cartel with a gentle guiding hand.

Eastwood lends his gravitas to Earl Stone, a man in his 80s that has dedicated his life to his horticultural business in daylilies. “They just bloom one day and that’s the end of it,” he explains, when his ex-wife Mary (Dianne Wiest) questions him on his unwavering dedication to work. And there’s a reason for this - he’s missed out on building a relationship with his family.

And she’s right. This is a man that foregoes attending his daughter’s wedding to have a few drinks with business colleagues after an awards show. And it becomes clear The Mule is also a story about regret and forgiveness when, referencing to the earlies comment, he says, “They deserve all the time and effort.” To which Mary retorts with, “So did your family.” Earl inevitably realises this when he faces foreclosure (“Damn internet, it ruins everything”) and as he tries to return to his family, he is faced with hostility, minus his granddaughter Ginny (Taissa Farmiga) who tries to bridge the gap between her family. But the reception also leads him to an unusual proposition to earn some money by transporting goods, to which the interstate-wheeling fella accepts with gusto.

But when the loading involves men with guns and tattoos, it doesn’t take a genius to figure out the cargo is not just pet food or Barbie dolls. After earning a small windfall after his first job, Earl quickly declines the next job, that is, until he starts feeling the lure of what he can do with this lucrative income. Repairing kitchens for an old diner he used to frequent in his town, to financing Ginny’s engagement party, Earl starts regaining control in many aspects of his life, as he risks some others. 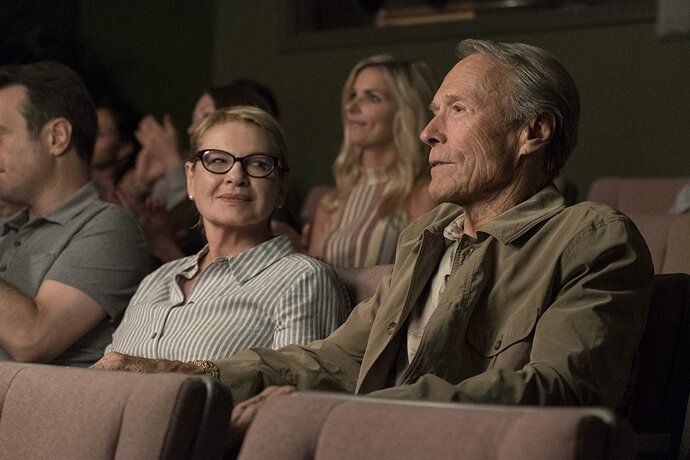 Eastwood demonstrates his elegant sharpness as the cranky Earl, who displays an unexpected charm that pulls people towards him. This same appeal suitably gets him out of tight situations, and the disarming elderly spell he casts, buoyed by Eastwood’s natural swag, is easy to believe, even winning him unexpected allies.

Even when he does drop racist comments and misogynistic behaviour, there is still an odd earnest quality that lets us realise it doesn’t come from a place of hate, but because he is from a different time. And this facet comes up sharply, that while may not sit well with some in this day and age, it does throw up a fitting question on extreme political-correctness and advocating a brutal examination so that something can be done about it. Because before you deem this insensitive, the film is very aware of these transgressions, because this is also the reason why DEA agents Colin Bates (Bradley Cooper) and Trevino (Michael Peña) struggle to locate their elusive mule. With their sight fixated on stereotypes - think Latino, gun-toting or incredibly buff guys - they miss out on our silvery star mule. It even plays out in a scene when a Latino guy gets pulled over for fitting their standard profile, but he acts like a total geek, panicking as he lays his hands on his car and reciting facts like “this is the most dangerous five minutes of my life.” Trust us when we say there’s self-awareness but also a refreshing air of truth about the presentation. There are also situations where the film shows up commonalities, with much amusement to be had at the same time. This happens most with Earl’s relationship when he is assigned his handler Julio (Ignacio Serricchio). Faced with some of the biggest deliveries, the relationships starts off rough, but the two grow to like one another.

In one scene, they share one of mid-west’s best pulled pork sandwiches as they take time out from a job. In another, Earl sings to Dean Martin’s “Ain’t that a kick in the head?” and Julio (who has Earl’s truck tapped) starts to sing along to the song. The development of this duo is incredibly satisfying to watch, especially when the situation is turned on its head with a new cartel boss. The Mule weaves in a story of a man who lives to regret his life decisions, into the main plot of a white octogenarian roped into one of the best cartel mule the States has ever known. This is generously fuelled with not only Eastwood’s compelling performance, but a talented, if slightly underused, cast.

Sometimes the story goes a little off-course with side-stops, much like Earl’s routes (which explains his unpredictable hard-to-catch nature) but it always returns to the main theme and pulls out the recurring examples of misplaced priorities.

Even as the story winds towards the inevitable consequences that one has to face - much like life - Earl understands it’s better to face it full-on than to escape once again into distractions. The Mule lays life lessons comfortably into a riveting retelling of our unsuspecting drug mule, and delivers heavy payloads of memorable scenes. 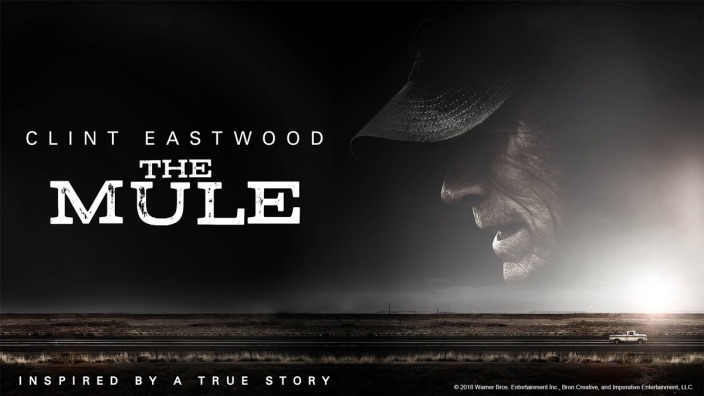