Know Your Pet Sematary- From Book to Screen The World Fantasy Award-winning novel was celebrated because the premise fired up one’s imagination, but also because it intensely examined the enduring phenomena of how Mankind deals with death and grief.

And while it is considered by many of his fans to be his best book, King almost didn’t publish it. The reason? The author felt it too scary, and that he had crossed a line with his writing. Of course, this only made perfect fuel for marketing hype. Forced to submit a last project with then-publisher Doubleday, Pet Sematary was chosen based on business necessity. The book company milked King’s reluctance for hype and it worked - the book is King’s third best-selling book ever, even if he himself can’t get over it.

“If I had my way about it, I still would not have published Pet Sematary,” the horror author said. “I don’t like it. It’s a terrible book - not in terms of the writing, but it just spirals down into darkness. It seems to be saying that nothing works and nothing is worth it, and I don’t really believe that.”

So what makes Pet Sematary so compelling? The story follows the Creed family as they move to Maine, and through a neighbor, discover the presence of a pet cemetery (spelled incorrectly as pet sematary...because it was presumably written by a child) on their plot of land. While this may be macabre, it is only later when the family cat dies, that things really get dark.

Neighbour Jud decides to bring Doctor Louis Creed across a deadfall to a sacred mi’kmaq Indian burial ground, where he instructs him to bury the cat, Church, there. We find out soon, that the plot actually brings the dead back to life, and the feline returns to the house, but noticeably changed.

It is then that Jud admits to other such cases where pets have been brought back to life, but with terrible consequences, and that he had only wanted to do so because he didn’t want Creed’s daughter, Ellie, to go through grief. Even with a zombie cat, the family manages to move along until another bigger tragedy strikes. During kiting, the youngest child, 2-year-old Gage, stumbles onto the road and gets run over by a passing truck. This sends the family into a downward spiral and Louis, unable to deal with the pain, brings his son back to life in that same plot, even as Jud advises him not to. This has the same terrible consequence as the cat, but this time, Gage comes back with a bloodlust and kills both Jud and his mother, Rachel Creed. It is at this point that Louis realises his folly and injects both the cat and his son with a lethal dosage to kill them. But that’s not all. Now having to deal with the severity and impact his mistake, he carries his wife to the burial ground, believing that because she’s recently deceased, it will turn out better. Of course, we know how that is going to turn out.

Mary Lambert’s 1989 film adaptation remained faithful to the book, though with a few arcs removed for brevity. The result is considered a classic by many, even as it received equal share of hate from critics for its simplistic treatment. Pet Sematary (1989) still performed really well at the box office, grossing over US$57 million (US$130 million when adjusted for inflation) and is considered Lambert’s biggest commercial success. Her close rendition to the book presented the horror finally with visuals, and some of her selection marked the film with a terrifying impression.

While she kept Norma (Jud’s wife) out of the story, the director gave everyone nightmares with Zelda, Rachel’s childhood sister who had spinal meningitis. Casting a man with heavy prosthetics as the deformed sister, Lambert’s rendition was so disturbing that it made the audience feel like how Rachel did - that the sister was better off dead.

She also struck gold with Fred Gwynne who plays Jud, and Miko Hughes as the reanimated youngest child. Gwynne’s understated charisma filled the neighbour’s role with believable motivation and empathy, while adorable Hughes’s transformation really hits the gut hard when he returns, especially with that searing last scene when he’s put down by lethal injection. Pet Sematary II, also directed by Lambert, shows that while the director might be good at finessing visual horror, that she doesn’t have the skill with an expanded universe.

The 1992 film is more of a growing pains story, and Edward Furlong plays Jeff Matthews, who loses his actress mom in a production tragedy. Veterinarian father Chase brings his son to Maine to get away from paparazzi, but the boy is targeted by bullies. Between losing his mom and his unpleasant school life, he finds a friend in another outcast - the sheriff’s son Drew. But it turns out the sheriff is an abusive father, and after shooting Drew’s pet dog in rage, the boys take the body and reanimates it at a rumoured site (our mi’cmaq burial ground once again) with the same consequences. While a new storyline is not unwelcome, the biggest change (and downfall) of the film was really how the characters didn’t feel the impact of their decision to bring back the dead, as well as the behaviour of the zombies. The undead comes back with wavering intentions, sometimes exhibiting loyalty before turning on the living. This sequel bombed commercially - small wonder, given that it turned a psychological horror into a cheesy zombie monster flick.

Audiences can expect another true-to-book experience but with a few major twists. 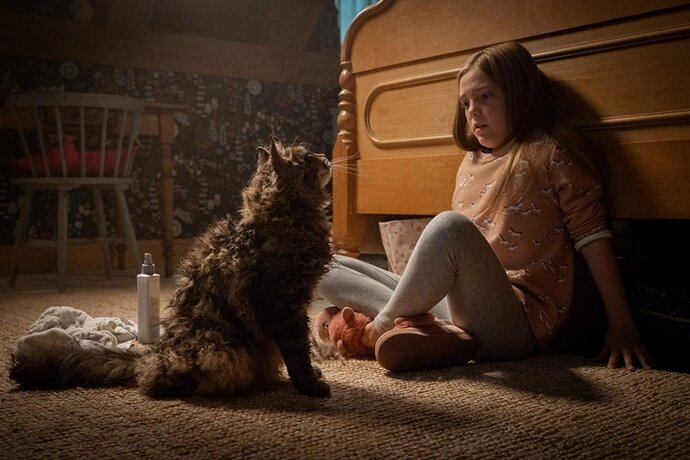 Co-directed by Kevin Kölsch and Dennis Widmyer, this year’s adaptation wants to keep a balanced hand at recreation and reinvention. Keeping almost all the original elements and even adding a few mentions that the 1989 version didn’t, the polished production should induct a new generation into King’s universe with better production values, visual tropes (like the animal masks) and refreshed script twists.

By now, with the trailers, it’s clear that one of the biggest twist will be the death of the Creed’s older daughter, rather than the youngest son, but whether that will affect the impact is one for serious consideration. The cast and crew believe so, as most of them expressed in interviews that an older reanimated child gives the film’s final sequence a smarter and more devious antagonist. 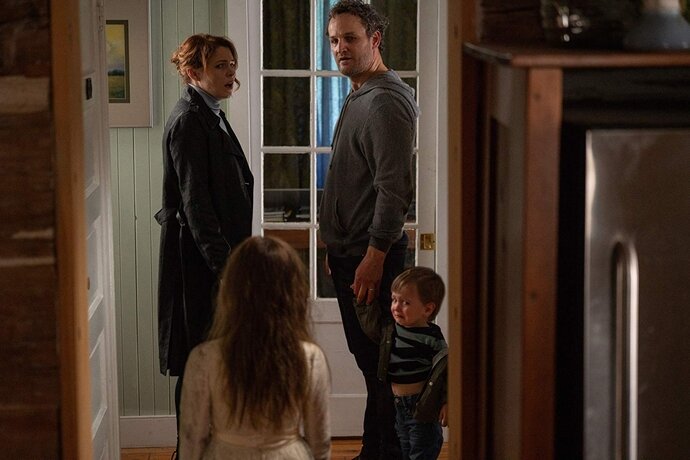 With this adjustment, it’s small wonder that the ending will be affected, but word is out that the same dark ending will prevail, as opposed to the sequel. It is obvious that along with sticking to the novel’s plot and motivations, Pet Sematary (2019) will keep to the unyielding darkness that distressed King so much.

Stephen king once wrote in his introduction, “Perhaps ‘sometimes dead is better’ is grief’s last lesson.” Let’s hope this film reboot makes it out alive and well.