Get to Know the Characters in Ocean's 8 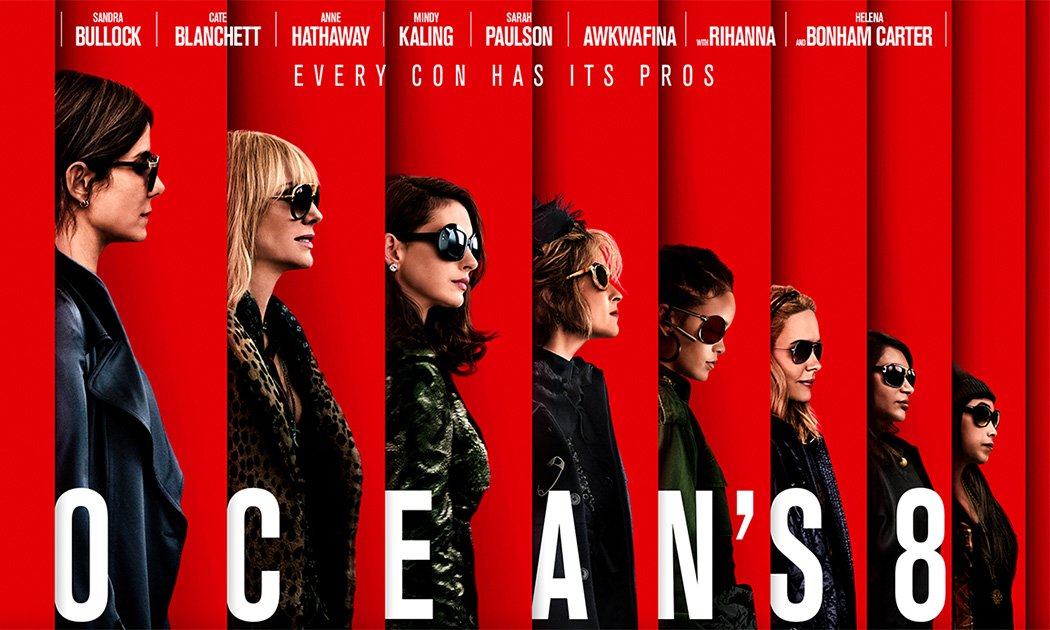 When George Clooney and Brad Pitt rounded up nine other pals for the ultimate heist of a lifetime in the remake of the 1960 classic, Ocean's Eleven, he created a monster of a hit that would see two sequels. With each sequel, the cast members are bigger and grander. 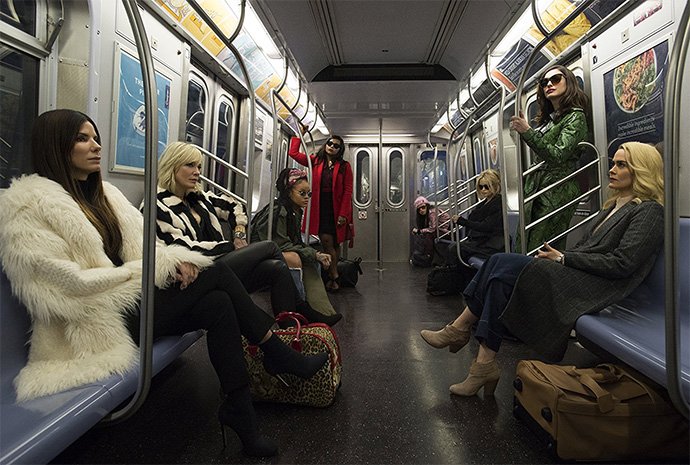 Now, 17 years after Clooney’s Ocean's Eleven, the gang is back, except that this isn’t quite the same gang. It turns out Danny Ocean (Clooney) isn’t leading the pack this time around. His sister is leading an all-female heist instead, with a smaller crew. It’ll be refreshing to see an all-girl group pulling off a heist, in style. Before you catch Ocean's Eight in the theatres, let’s get to know the crew members a little better. 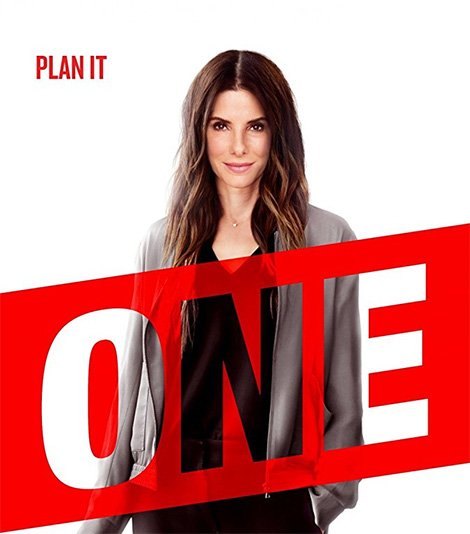 Thieving apparently runs in the Ocean family. Danny Ocean’s younger sister, Debbie, is also a mastermind in pulling off high stakes heist. She rounds up a crew with the plan to steal some precious jewels at the much anticipated Met Gala. Bullock is largely known for her good girl roles, but we’ve seen her dabbling in “bad guy” roles, with movies like The Proposal (2009) as the evil boss opposite Ryan Reynolds and Minions (2015) as villain Scarlet Overkill. And she plays them well, so it’ll be great to see as the leader of the pack, especially when she’s paired with the great Cate Blanchett. 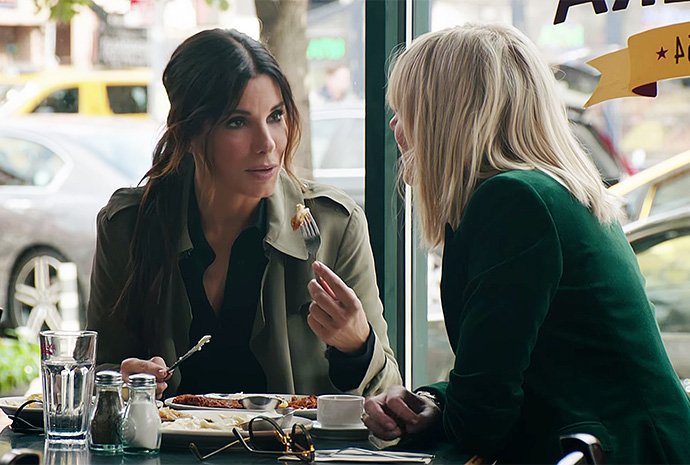 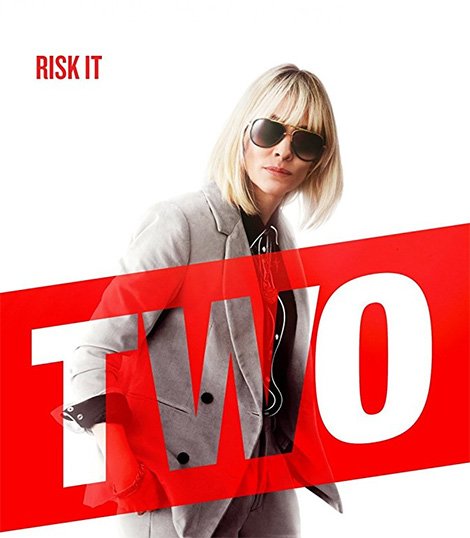 Blanchett’s Lou is Debbie’s sidekick, and she’s the Rusty Ryan (Brad Pitt) to Bullock’s Debbie. The platinum blonde with the thick eyeliner and a mischievous twinkle in her eye is the key recruiter for suitable candidates to pull off the heist. Fresh off from playing the evil Hela in Thor: Ragnarok, it’s refreshing to see her in a heist movie where she’s not busy killing people and taking over the world. 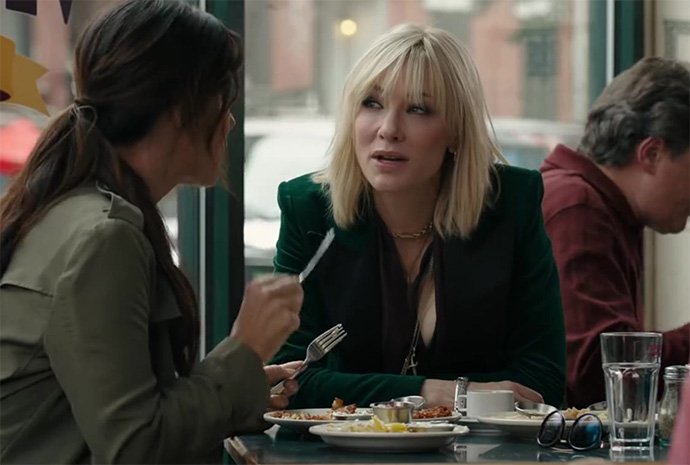 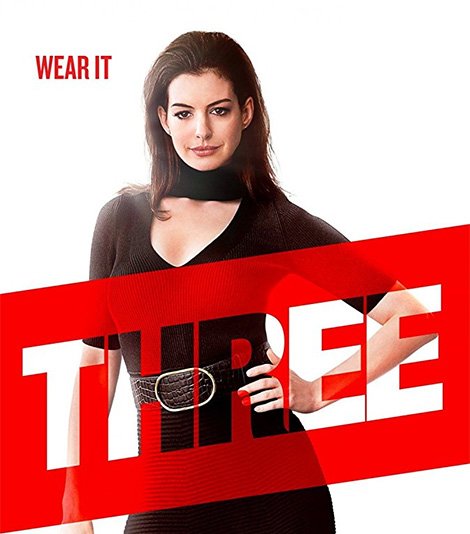 Since the target of the heist is at the Met ball, the ladies would need someone with access, and no one comes to mind better than actress Daphne Kluger (Hathaway). She may be a glamorous actress but Kluger has a mischievous streak, so much so that she’s willing to be part of this high-stakes heist. Hathaway has shown her comedic talent in movies like Get Smart (2008) and Alice in Wonderland (2010), we can hardly wait for her to show us more in Ocean's Eight. 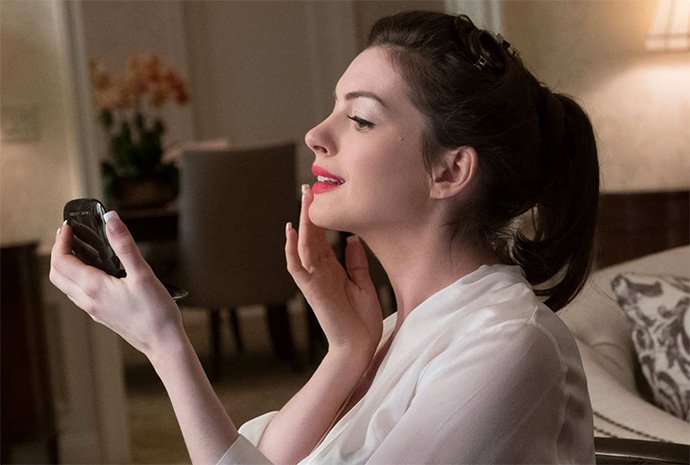 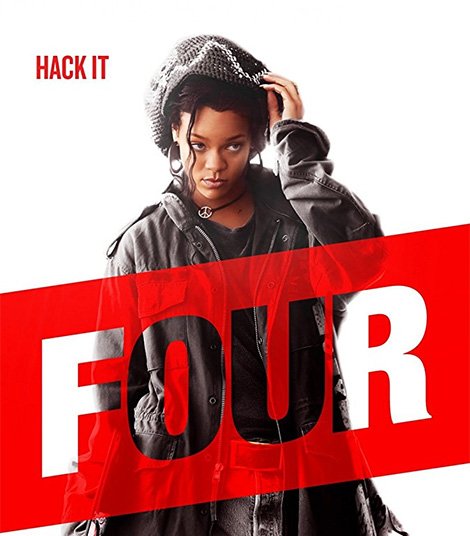 Rihanna plays computer whiz, Nine Ball, but she’s no nerd, unlike Livingston (Eddie Jemison) in the Clooney’s Ocean series. Bad girl Riri isn’t dressed to kill in this movie. As Nine Ball, she’s usually found hunched over the computer furiously typing away, and she’s responsible for getting the ladies in and out of highly secured rooms and out of sight from security cameras. 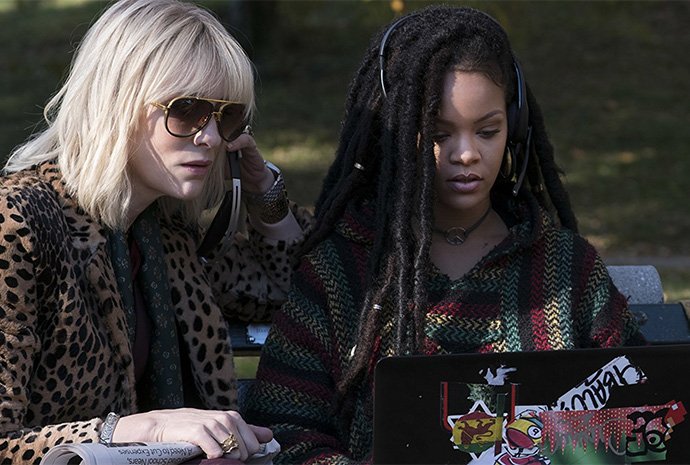 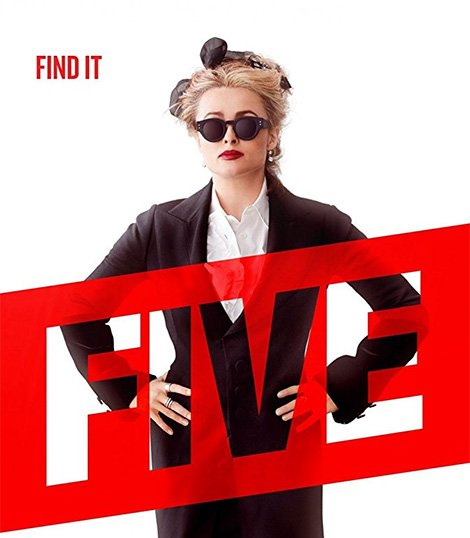 With an actress as part of the gang, all Debbie needs now is a fashion designer, and Rose is the best candidate. Creative and playful, Rose is just the right candidate for the gang to rely on for some inventive fashion designs. Bonham Carter has an affinity for playing slightly kooky characters (in the Harry Potter series and Alice in Wonderland), and we expect no different from her in Ocean's Eight. 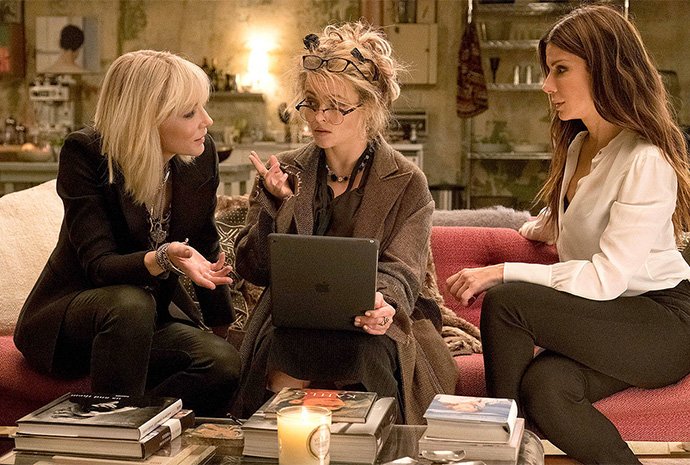 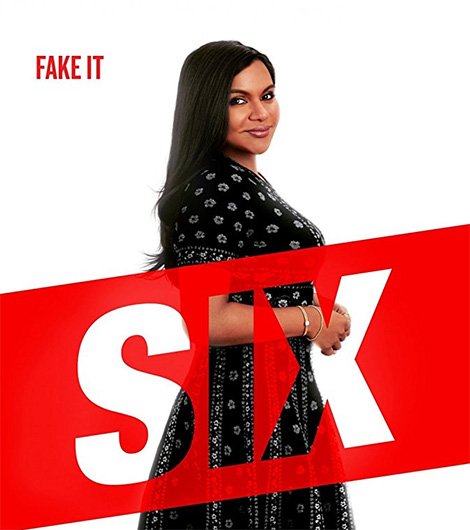 Fresh from quoting famous writers as Mrs Who in A Wrinkle in Time, comedienne extraordinaire Kaling takes on the role of a jewellery maker. Her role in the heist is a master forger; she has to tinker with diamonds in order for the crew to make a clever switcheroo with the real ones. In A Wrinkle in Time, her dialogue is limited and her acting restrained, we can’t wait for Kaling to unleash her comedic talent in this one. 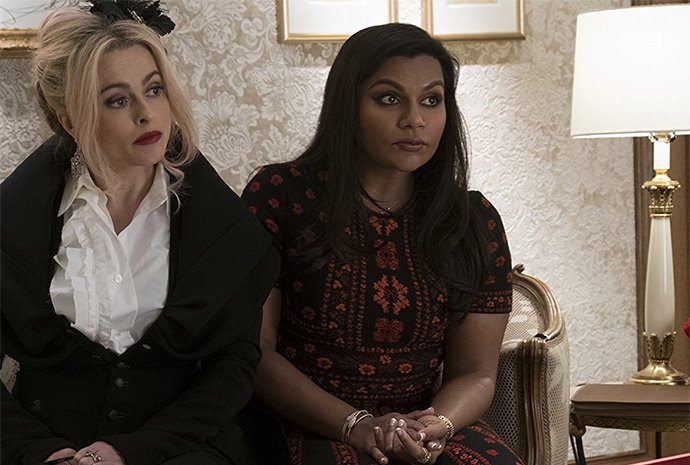 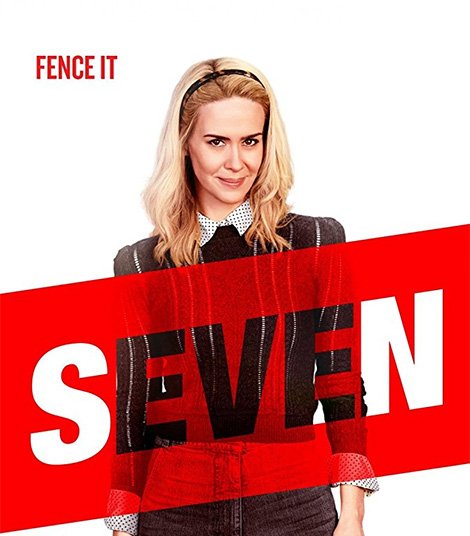 What’s a grand heist without seasoned thieves? Debbie knows this all too well, and reached out to her old partner-in-crime, Tammy. Sure, Tammy is now a suburban mum, settling down nicely with her young family, but a heist of such epic proportions is too hard for Tammy to resist. Paulson, we know, is a chameleon, having taken on multiple roles in the American Horror Story series, and winning an award for portraying Marcia Clark in the American Crime Story episode on the O.J. Simpson trial. It’ll be interesting to see how Tammy transit from being a full-time mother back to her old habits. 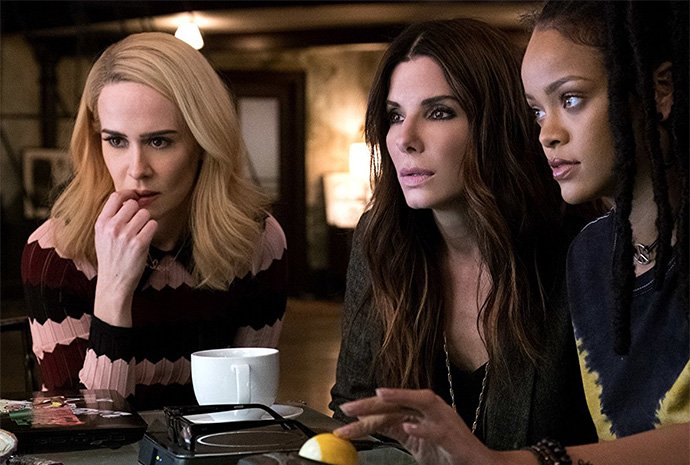 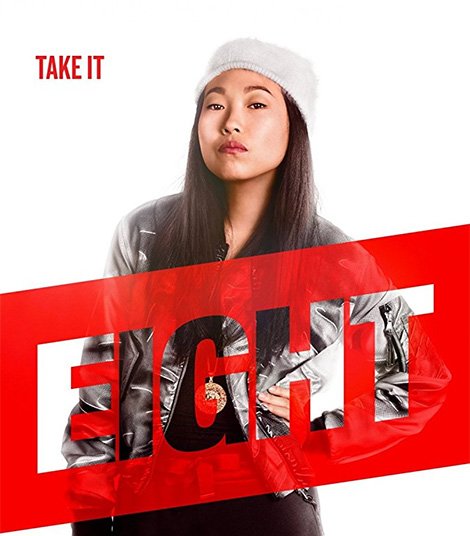 How could you go on a heist without a thief extraordinaire? And that’s where Constance comes in. she’s quick as lightning and you won’t even realise you’ve been swindled until Constance is long gone. Nora Lum, aka Awkwafina, is an American Chinese rapper who rose to fame for her song, "My Vag," which got over two million views on YouTube. Prior to being in Ocean's Eight, her acting credits include Bad Neighbors 2 and Storks. Also, she will be starring in the upcoming Crazy Rich Asians as Rachel's (Constance Wu) good friend. 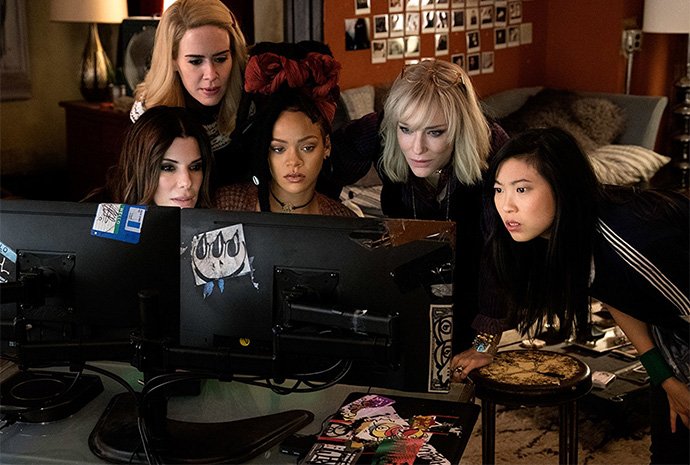 Apart from the main crew above, and as this is a fashion heist, you can expect to see some special appearances by the famous and stylish, like Anna Wintour, the Kardashians, supermodel Adriana Lima, and a whole host of familiar faces, so keep your eyes peeled.

Note: The code is valid for new members who registered in the last 20 days, and must be redeemed 10 days within registration. Click Watch Now on Ocean's Eight to redeem the promo code at checkout point. The code is valid from now till 30th September 2018.