The Evolution of Cate Blanchett 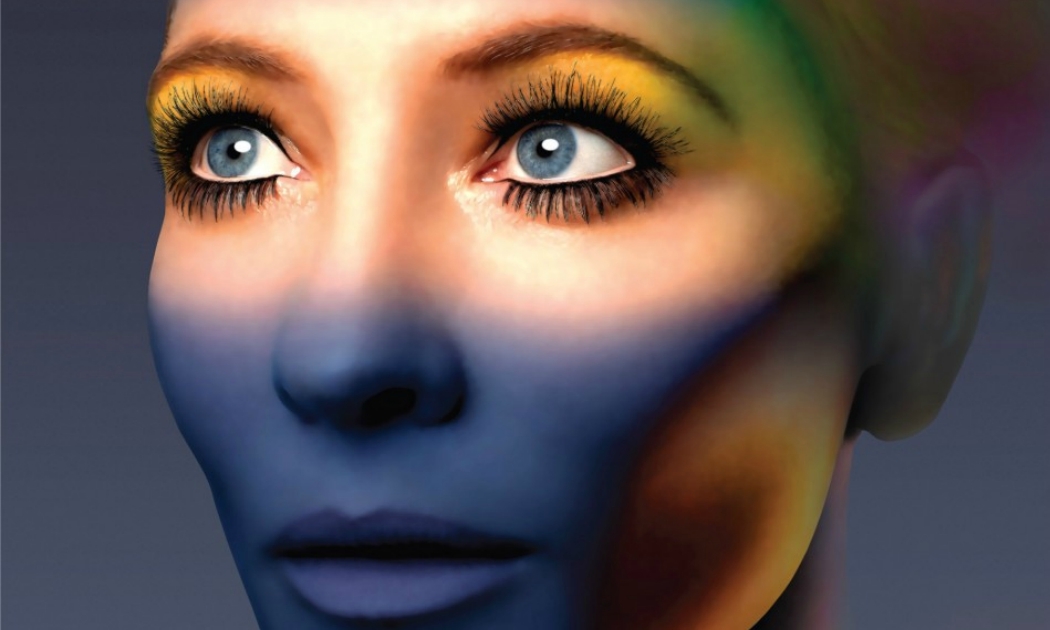 A regular at award shows, she glides across red carpets gracefully in exquisite gowns with a glow illuminating her face, just like the other-worldly Galadriel she plays in The Lord of the Rings. Who would believe that three decades ago, the teenage Cate Blanchett had a penchant for men’s clothing and went through a Punk and Goth phase that included shaving her head? The Australian thespian has definitely come a long way in terms of her personal style, although that isn’t her only dramatic transformation. From the sleepy suburbs of Melbourne, Blanchett has blossomed from a modest theatre actress into a shining movie star under the bright lights of Hollywood; and in a fairly short amount of time. Her rapid rise to stardom is a testament to her acting ability. She slips into each role with a graceful ease, bringing to life each character she plays. Blanchett first discovered her interest for performing as an impressionable five years old when she saw a mistake committed in a play she was watching. The actor’s beard had fallen off the stage, and he had to retrieve his “mistake” while still in character. The line between reality and make-believe crossed paths and that sparked something in the young Blanchett, igniting the performing flame within her. It was in her second year of university as an Art History and Economics major that she decided to pursue acting. She auditioned for a three-year acting course at the NIDA (National Institute of Dramatic Arts) in Sydney, which laid the path for her to become the multiple award-winning actress we know today.

Blanchett’s first big role after graduation was for the Sydney Theatre Company in 1992, opposite Geoffrey Rush in Oleanna. She followed up with another production, Timothy Daly’s Kafka Dances. She won the Best Newcomer Award (For Kafka Dances) and the Best Actress Award (for Oleanna) in the same year at the Sydney Theatre Awards, quickly establishing herself as a credible stage actress. She continued in theatre for several years, where she made deep impressions with stellar performances. From theatre, Blanchett progressed into TV and feature films in Australia, before setting her sights further. Her first international feature film debut was in 1997 in Paradise Road, where she portrayed an Australian nurse imprisoned by the Japanese Army during World War II, co-starring alongside Glenn Close and Frances McDormand. She was part of an ensemble cast, but made an impression with a raw, vulnerable portrayal of her character’s ordeal during the Japanese occupation of South East Asia.

She moved quickly into leading role status in her second film, Oscar and Lucinda, also in 1997. She was cast opposite Ralph Fiennes in this Gillian Armstrong romantic drama about two passionate gamblers. This role won Blanchett much acclaim, including her first AFI (Australian Film Institute) Award nomination. 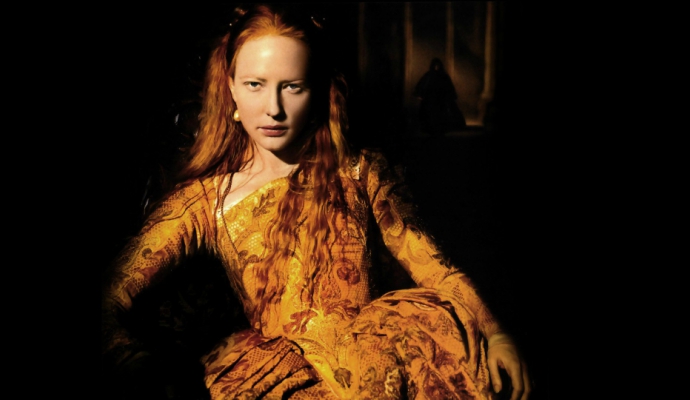 In only her third film, Blanchett played the role that would hurtle her into international stardom and her first Academy Award nomination. Director Shekhar Kapur was hunting for the right actress for his movie about the early years of Queen Elizabeth the First. It was an intimidating role, the actress needing to bring out the vulnerability and naiveté of the young queen, yet also needing to be able to transform into the self-assured and merciless monarch that Elizabeth eventually became. Kapur recognised all those abilities in Blanchett and the stage was set. After the film came out, Blanchett became a familiar name in the movie industry and industry awards. She won a Golden Globe and British Academy Award (BAFTA) for Elizabeth, and received nominations for her first Screen Actors Guild (SAG) award and Academy Award for Best Actress. 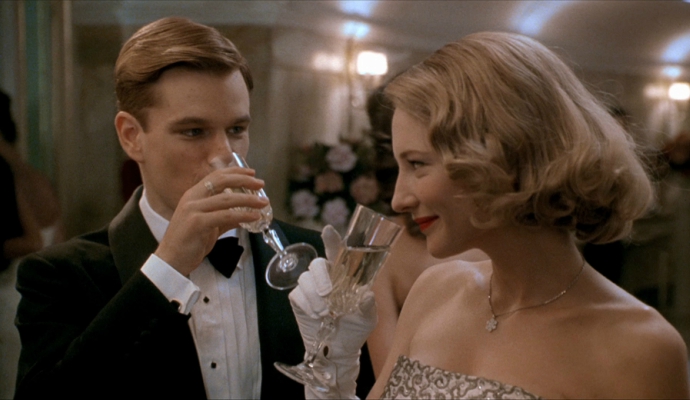 She went on to multiple roles in the 2000s in high-profile movies like The Talented Mr Ripley, holding her own against big names like Matt Damon, Gwyneth Paltrow and Jude Law. And of course, she was also the ethereal Elven Queen, Galadriel, in the Lord of the Rings series. She brought a delicate but strong, gentle yet determined quality to her character in such a way that you couldn’t imagine any other actress breathing life into the Elf ruler.

After losing the Academy Award in 1999 to Gwyneth Paltrow (for Shakespeare in Love), Blanchett delivered a triumphant performance as the spunky Katherine Hepburn in The Aviator to clinch the Best Supporting Actress in the 2005 Academy Awards. The role had her study Hepburn meticulously, from her confident swagger to the way she spoke, and Blanchett eventually lost herself completely to embody the inimitable Hepburn. 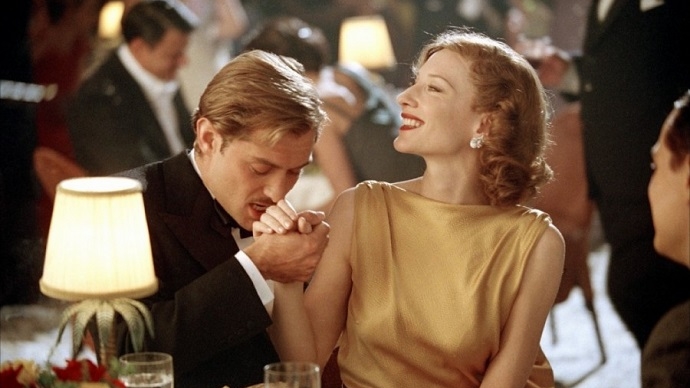 This is how Blanchett approaches her characters: she doesn’t just play them, she becomes them. From a repressed British school teacher who has an affair with her 15-year-old student in Notes on a Scandal (for which she was nominated for her third Academy Award); to a side-burned, big-haired, moody Bob Dylan in I’m Not There; and back to the role that launched her into the big league, Queen Elizabeth I in The Golden Age, this time as an older and wiser ruler. You don’t see Blanchett in them, you only see the characters.

While she shows incredible depth in the intense characters she’s often handed, she’s capable of range as well: she plays the villainous KGB agent Colonel Dr. Irina Spalko in Steven Spielberg's Indiana Jones and the Kingdom of the Crystal Skull with a ruthless ferociousness that makes her almost unrecognisable; and takes on Daisy, the childhood friend of Benjamin Button in The Curious Case of Benjamin Button with tinges of tenderness and fragility.

In 2013, Blanchett’s performance as a deeply disturbed socialite in Blue Jasmine, directed by Woody Allen, earned her the Best Actress Award at the 2014 Academy Awards. This makes her the first Australian actress to win more than one Academy Award. In all, she has won over 40 awards for the role, including a BAFTA, a Golden Globe award and the SAG awards.

As if she hasn’t impressed enough with her repertoire so far, Blanchett has taken it one step further, stretching out her acting capabilities in 2016’s Manifesto by Julian Rosefeldt. In this movie, she takes on 13 different characters in a series of monologues. Among them are a factory worker, a newsreader, a puppeteer and a homeless man. This year, Blanchett enters the Marvel Cinematic Universe as Hela, the super villainess in Thor: Ragnarok, and will appear in the much talked about Ocean’s Eight, a spin-off from the Ocean’s trilogy.

If there’s anything Blanchett has shown in her selection of roles so far, it’s that she’s not afraid to take chances. She had already shown us glimpses of her risk-taking nature when she shaved her head in her youth. Back then, however, I’m pretty sure the adolescent Blanchett could never have imagined that she would evolve into the widely-acclaimed leading actress she is today.

The Many Voices of Cate Blanchett