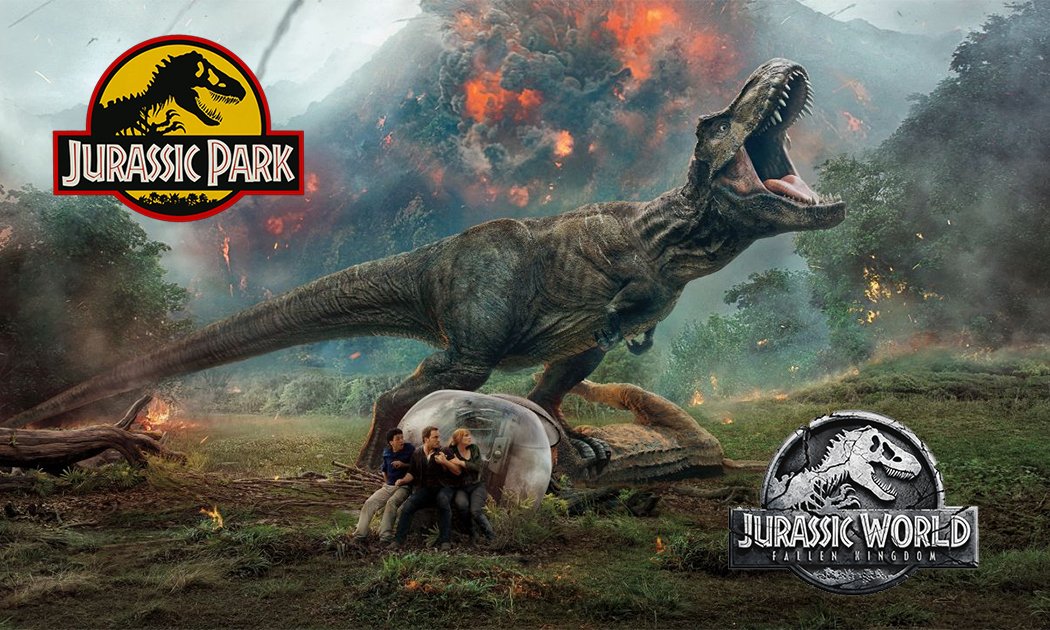 25 years ago, a movie kept us at the edge of our seats with a death grip on the armrest, and a palpitating heart too fragile to handle the stress. Jurassic Park captured our imaginations like no other movie, hurtling us to a different world, where dinosaurs roamed the earth. 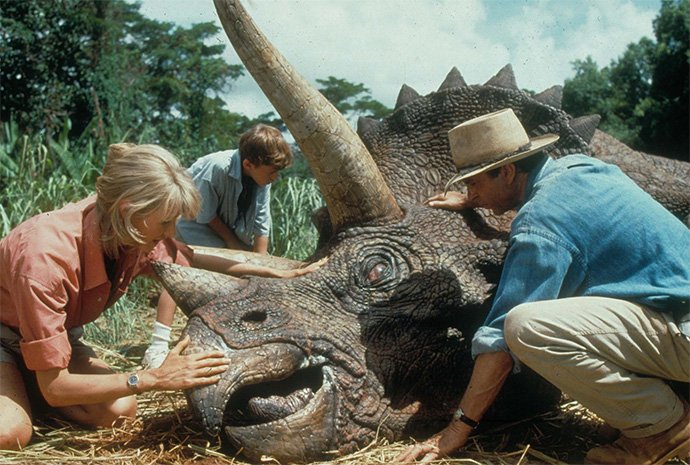 Director Steven Spielberg brings incredible life to the fictional world of Jurassic Park, a novel written by the late Michael Crichton in 1993, and since then, it has been regarded by film critics and industry professionals as one of the greatest movies of the action and thriller genres. The movie led to a franchise with three more movies, and the fourth, Jurassic World: Fallen Kingdom is just around the corner. The classic franchise also spawned theme park rides at Universal Studios around the world, inspired a series of comic books and video games, and sparked a worldwide curiosity and interest about these giant beings that once ruled our world.

With Jurassic World: Fallen Kingdom coming our way soon, let’s take a trip down memory lane and catch up on our Jurassic Park movie history: This is the movie that started it all. Two dinosaur experts, Dr Alan Grant (Sam Neill) and Dr Elie Sattler (Laura Dern), were invited by millionaire John Hammond (Richard Attenborough) to get an exclusive preview of his new amusement park off Costa Rica. Except this isn’t an ordinary amusement park. Hammond harvested DNA from pre-historic insects and created a park full of living dinosaurs. Together with scientist Ian Malcolm (Jeff Goldblum), and Hammond’s two grandchildren (Ariana Richards and Joseph Mazzello), the group set off in high tech cars to tour the vast animal reserve. Naturally, things went awry when a storm hits and the dinosaurs go out of control. It’s left to Dr Grant to lead the touring party out of the eager mouths of some enormous man-eating beasts. 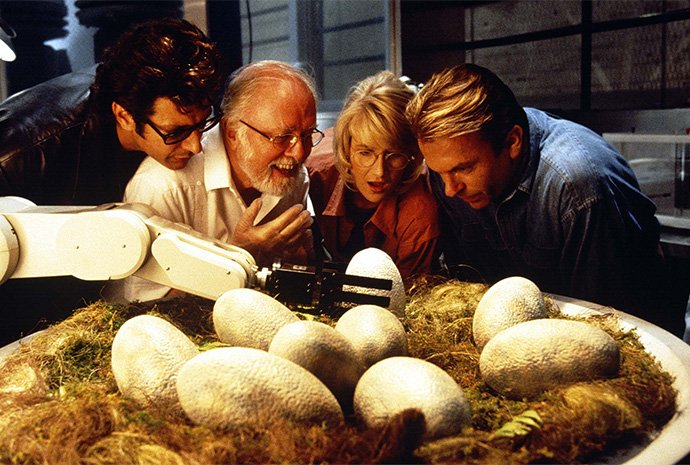 When the movie was released, we witnessed pioneering filming technology with special effects from Industrial Light & Magic and life-like life-sized animatronic dinosaurs built by the Stan Winston team. Jurassic Park became the landmark film in the development of state-of-the-art computer-generated imagery and animatronic visual effects.

The film went on to win over twenty awards, including three Academy Awards for its technical achievements in visual effects and sound design.

The first sighting of the dinosaurs of course. Coupled with John Williams’ hair-raising score, we’ve got goosebumps just watching it again: Did you think with the closure of Jurassic Park means the end of dinosaurs? Think again. In The Lost World: Jurassic Park, we found out that Hammond had been operating a second site where new dinosaurs were bred using DNA cloning technology. This time around, he invited chaos theorist Ian Malcolm (Jeff Goldblum) to document the mammoth reptiles, before anyone else gets to them. Little did they know, a camera crew, headed by ecological activist Nick Van Owen (Vince Vaughn) and wild game hunter Roland Tembo (Pete Postlethwaite) are also on the island hunting for the dinosaurs, but with very different agendas.

Where Julianne Moore falls onto the windshield of the RV that had been tipped over. Admit it, your palms are damp from all that cold sweat after watching the scene. This is arguably the weakest movie in the franchise, and seemed a bit forced, but to fans of the Jurassic Park, it was still great fun. Dr. Grant (Sam Neill) returns in the third movie, with Joe Johnston taking over the directing reins from Steven Spielberg and not based on the Michael Crichton novel. 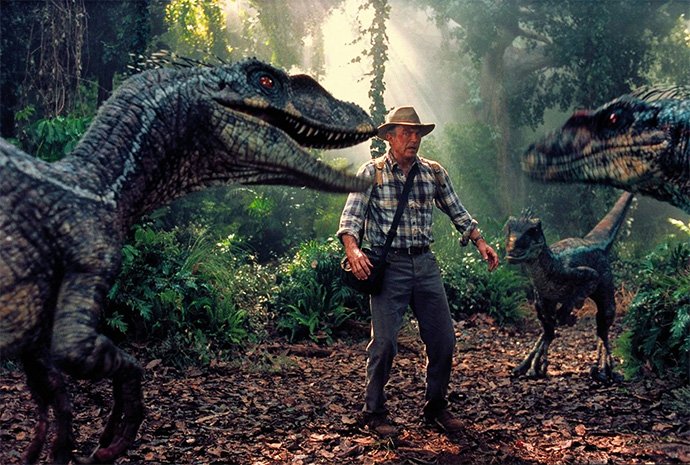 Grant is hired by a wealthy couple Paul and Amanda Kirby (William H. Macy and Tea Leoni) to fly over a Costa Rican island, which was the supposed site of the second park in The Lost World in hopes of getting a dinosaur sighting. As luck would have it, their plane crashed and it was then that the couple revealed their true intentions. Their son had gotten lost on the island in a paragliding accident and they wanted Grant to help find him. This led to a pretty rough journey and a startling discovery on the island, including the fact that the creatures left to roam here have far more advanced communicative abilities than the previous ones in Jurassic Park.

Those Pterodactyl making a shadowy appearance on the bridge, bringing a whole new meaning to the term birdcage. Just when you think that the whole Jurassic Park franchise is done and dusted with Jurassic Park III, it rises again, much like how the dinosaurs in the movie keep coming back. This time, Colin Trevorrow is at the director’s helm with Spielberg in the producing seat. It turns out Hammond’s dream of opening a dinosaur amusement park had actually become a reality, and it is bustling. However, there’s always the pressure of showing park visitors something bigger and better, and this led to the genetically modified hybrid dinosaur- the Indominus Rex. With DNA from several dinosaur species, this hybrid displays enhanced intelligence and is unpredictable. It eventually escapes containment and wreaks havoc. Starring Chris Pratt, who brings along a dash of humour to balance the stiff-lipped Bryce Dallas Howard, the movie is a well-concocted mix of wit, action and thriller.

When the park is in complete chaos, it’s a magnificent display of the primal instinct of animals. 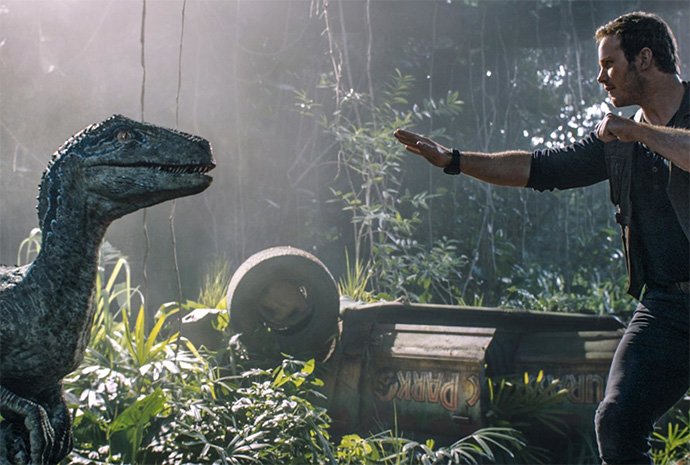 With the park now shut, what’s next? Revisiting it of course. Pratt and Howard return to the dilapidated park, now with the mission to rescue the remaining animals from the wrath of the volcano on the island that suddenly roared to life. With the volcano eruption being only its first act, we can surely expect more exciting dinosaurs and more explosive action sequences.