Which 5 Other Actors Could Play Deadpool Apart From Ryan Reynolds 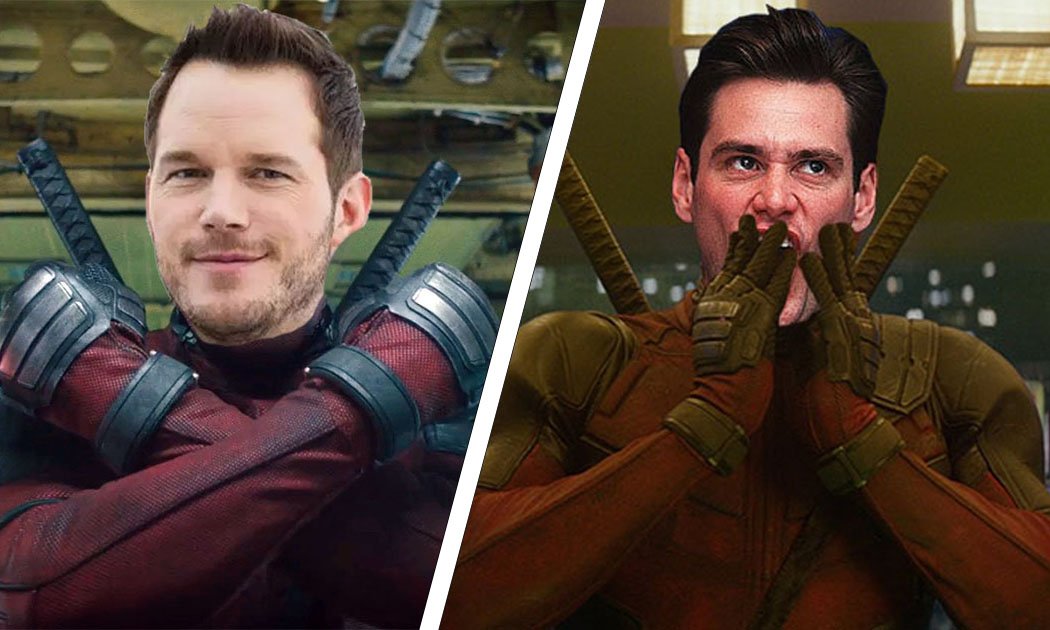 Having seen Ryan Reynolds in the role, it’s hard to imagine any other actor taking on the Merc with the Mouth. Reynolds played the role of Deadpool with the right balance of charm, wit and wicked sense of humour. In the hands of another actor, Deadpool might be rude instead of bold, more offensive than cheeky or duller rather than colourful. 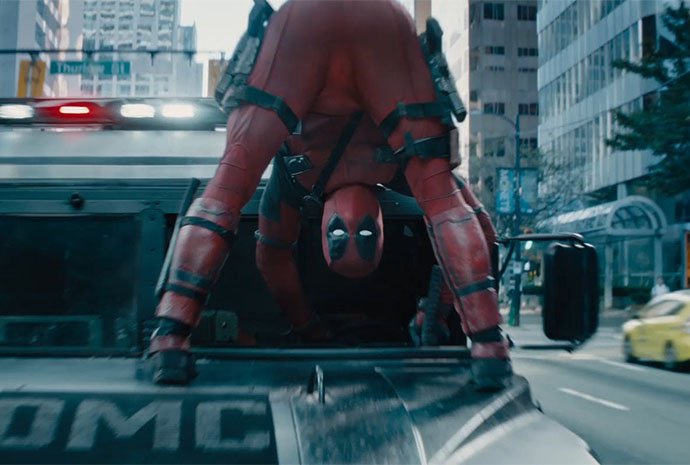 BUT, what if Reynolds one day hang up his tight red suit in favour of more family-friendly comedies? Who can fill his motor mouth and what would be the one quality that they do better than Reynolds? 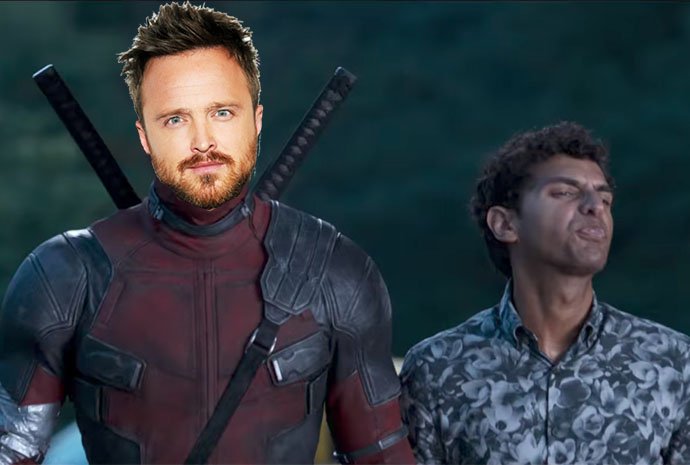 Face it, we all miss Jesse Pinkman. From a good-for-nothing drug addict to an expert meth manufacturer, Pinkman grew from a foul-mouth druggie we love to hate to a sensitive young adult we can’t help but love in Breaking Bad.

Although a little on the short side, Paul could make a decent Deadpool replacement should Reynolds decide to quite Deadpool to make more babies with Blake Lively. Paul’s Deadpool would swear a lot, lot more, and walks with a definite swagger. And to dull his pain at seeing his mangled-up face, he’d turn to Meth for comfort. It would be the perfect antidote to his worries, because he’d get all the high from the meth but none of the side effects, since his body is capable of healing. And if he ran out of drugs, he could just make them himself. 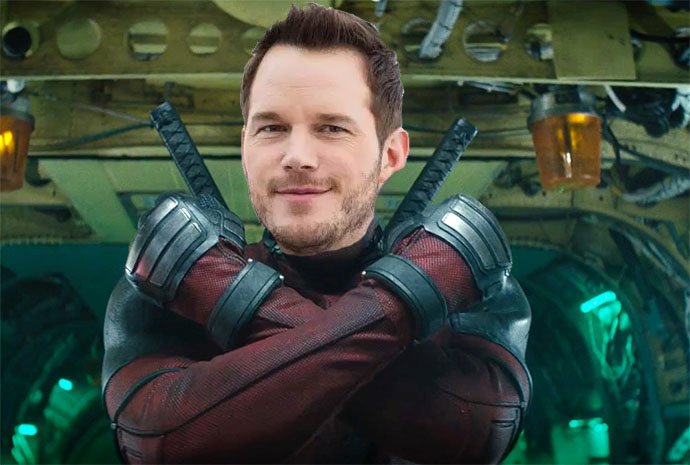 Pratt has proven himself to be an action hero in Jurassic Park and a semi-superhero as Starlord in the Guardians of the Galaxy films. Also, let’s not forget, he spent six years honing his comedic talents in the Parks and Recreation TV series.

If Pratt is Deadpool, we can expect a double dose of smart-aleck type comments. He’ll be even more arrogant, self-confident and thinks his ideas are the absolute best. However, he’d be so utterly devastated that his face has been ruined, that he’ll turn to wearing the mask 24/7. 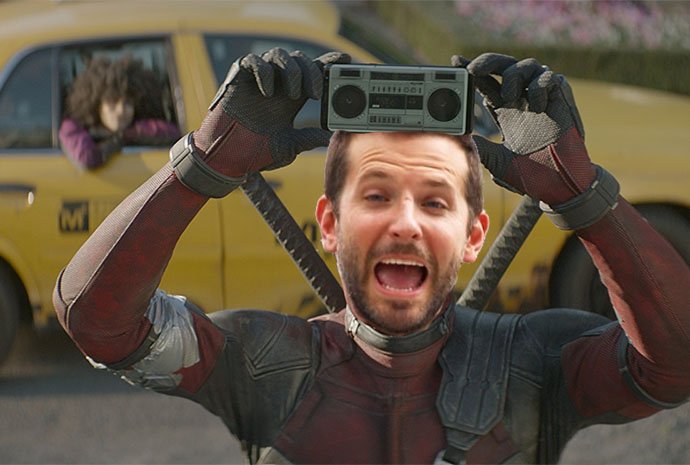 Cooper made his name from The Hangover series, where we see a lot of his pretty face. But it’s through his voice-over acting as Rocket Racoon in the Guardians of the Galaxy movies that we discover what an expressive voice he has.

And if Reynolds quit his Deadpool duty, Cooper could easily step in. He could talk up a storm underneath that mask and be, no doubt, ten times the potty mouth than Reynolds’ Wade Wilson. 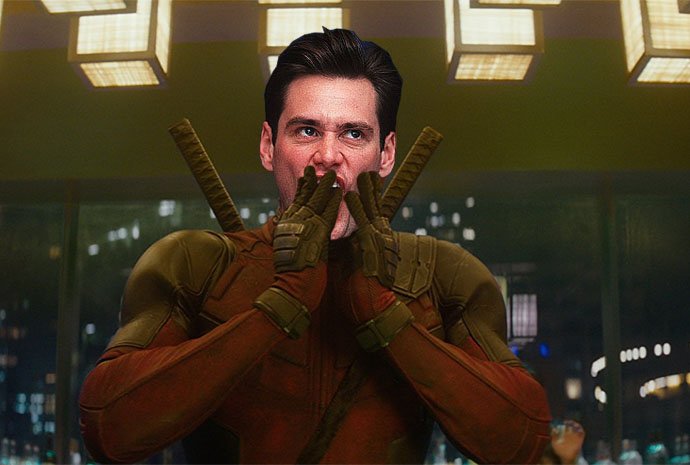 The Jim Carrey we know in recent years has retreated from acting, and emerged a talented artist, although a bit tortured. But backtrack to 20 years ago, no one does irreverence, funny and loud-mouthed better than Carrey. His Ace Ventura: Pet Detective, Liar Liar and Dumb and Dumber movies are showcases of his comedic talent.

If Deadpool was brought to life 15 years or so ago, Carrey would be the perfect candidate for the job. He’d inject more physical comedy to his Wade Wilson, and no doubt, make Deadpool a lot more slapstick. Instead of being wittier, Deadpool would be physically funnier. 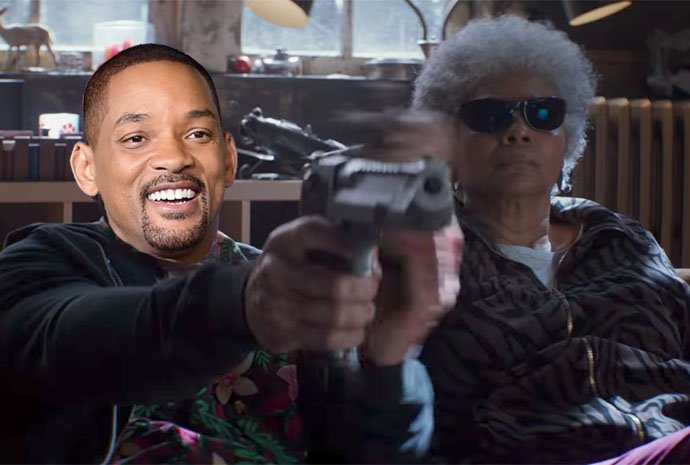 We’ve seen Will Smith taking on a sort of a reluctant superhero role in Hancock, opposite Charlize Theron, so we know he’s no stranger to the genre. Smith also has the action hero factor down, with movies like the Men in Black and Bad Boys series. Back in the day, Smith is known for his rapping, during his days as the Fresh Prince of Bel-Air. With collaborator DJ Jazzy Jeff, the pair of them had a few rap hits, including Summertime, The Fresh Prince of Bel-Air and Parents Just Don’t Understand.

If Deadpool was made a decade ago, Smith would step comfortably in Deadpool’s suit and trade his swords for a pair of guns, and he’s not afraid to use them. And if anyone dares to challenge him, he’d suggest a rap-off, where he’d no doubt, distract the enemy with his rapid-fire rapping.