5 Things You Didn’t Know About Terminal Film Noir meets Alice in Wonderland with a twisted sense of humour, Terminal is a dark web of intrigue. In an anonymous city, two assassins take on a sinister job with grave consequences. A teacher battles a terminal illness. A goofy janitor is not what he seems. Then there is this waitress with a penchant for gore. 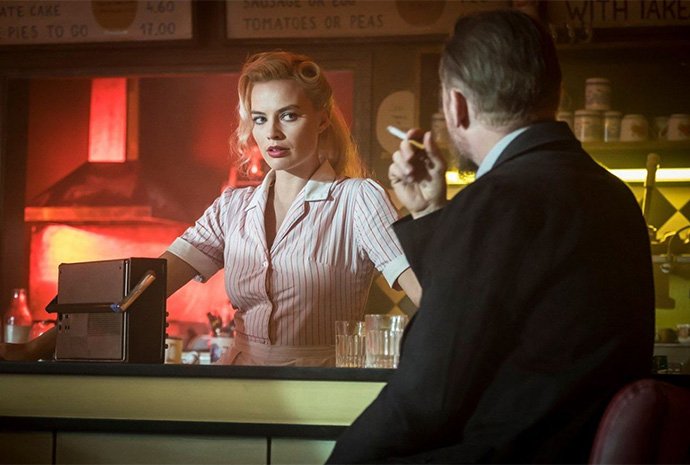 Stylishly filmed with a seasoned cast, director Vaughn Stein brings to life a breath of fresh air with Terminal. Margot Robbie, who headlines the movie with Simon Pegg and Mike Myers, recalls how she felt when she laid eyes on the script, “I read it, and I was like, this is so weird, I love it! I love it so much! It’s so dark, and these dialogue scenes are just going on for pages and pages.” 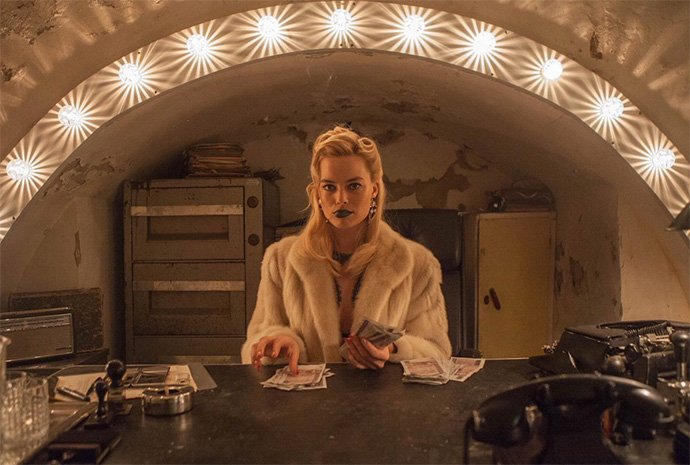 Here’s a closer look at the movie. 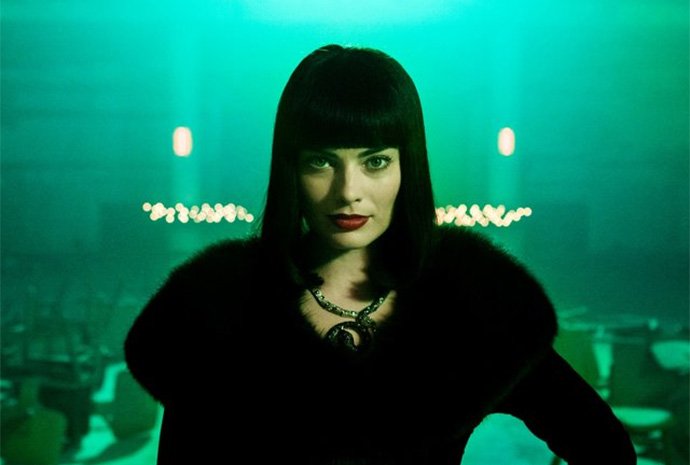 Original, slick and reminiscent of Sin City (without the excessive violence and sex), Terminal is a passion project of director Vaughn Stein, who confesses the movie “was born out of three unhealthy obsessions of mine. I love film noir, the evolution of noir and what it’s sort of branched out into. I love literature and incorporating the aesthetics of the dark fairy tale and the sensationalized graphic novel palate. I loved the idea of creating this vast, anonymous city and populating it with these noir-esque, inspired characters that were vibrant, funny, and dangerous, then setting them around this linchpin of this amazing woman who can be anything and pull everyone in her web.”

Annie, the waitress with murderous tendencies 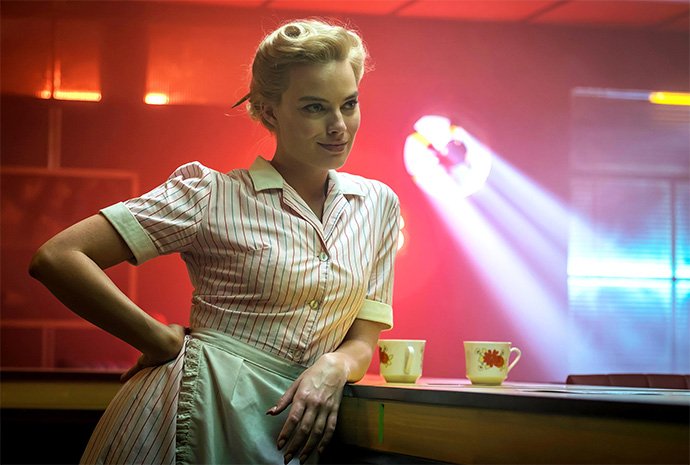 If you’ve seen the trailer for Terminal, you would have caught Robbie dressed in very different outfits doing very dubious tasks, apart from waitressing. Suffice to say, her character, Annie, is up to no good. And that’s precisely what drove her to the role, “Amoral characters are far more interesting to me because they’re so unpredictable. I feel like, moral characters…I know they’re going to do the right thing and I can see [what’s] coming”.

Get ready for some serious talk 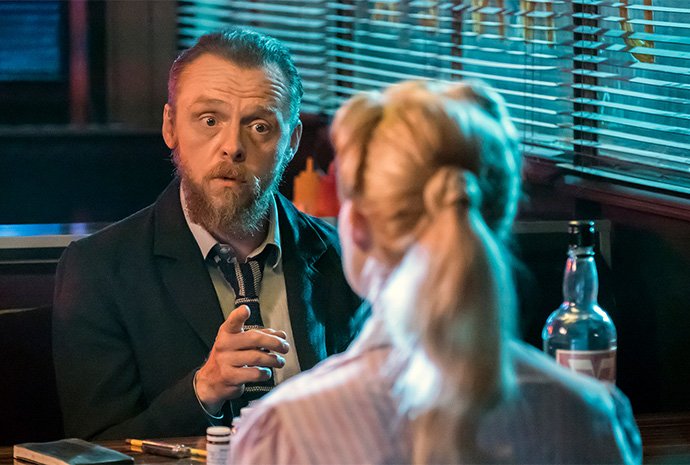 One of the main reasons that draw Pegg, and to an extent, Robbie, is the extensive dialogue. In fact, there was a scene between Pegg, the dying teacher, and Robbie, the waitress, at the diner that stretches over nine pages of dialogue. It involves the characters chatting about life and death. Robbie elaborates, “That never happens in film. That’s like doing a play. You never really get a moment to wax lyrical about something that’s consequential to the plot. We both just come off these big production film sets where it’s all action-based and suddenly, we’re sitting at a diner table and speaking about [things] that were both incredibly dark and incredibly funny.”

The return of Mike Myers 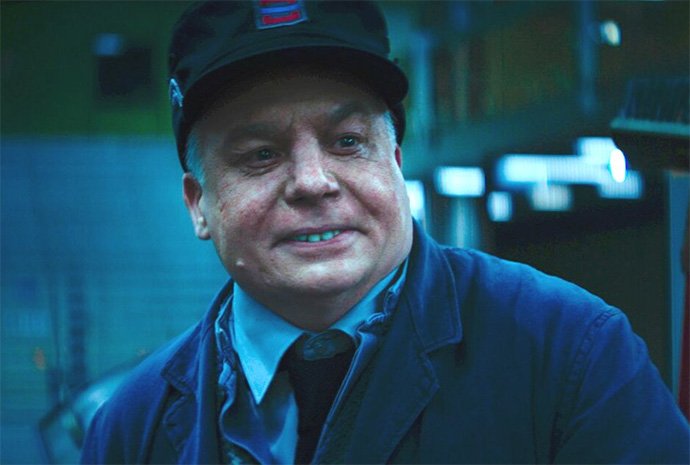 When was the last time you saw Mike Myers? Couldn’t remember? Yeah, neither could we. His last appearance in a film was in Shrek Forever After in 2010, and we didn’t even get to see his face in that. Robbie, who’s a producer for Terminal, spoke at length with Stein on who should play the slightly off-kilter janitor. They needed someone who uses physicality in their characters, and the conversation eventually led to the idea of Mike Myers. But neither were confident of getting him. In the end, Stein spent five hours on the phone with Myers before Myers said yes. Myers made changes to the character and created his character’s backstory on his own. 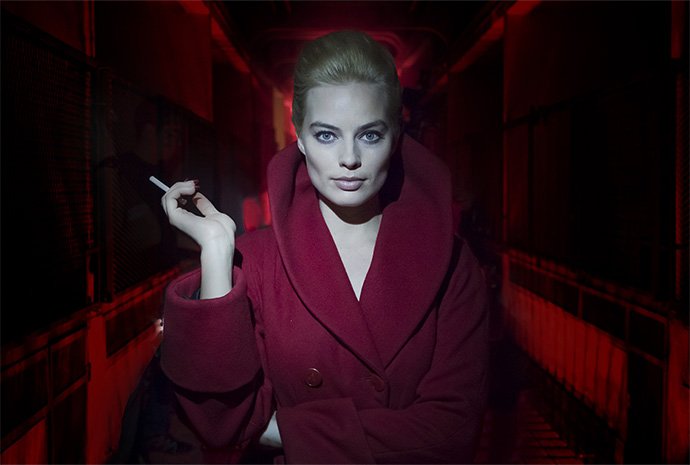 Terminal is actually Robbie’s first hand at being a producer. She followed up with I, Tonya, although this is released later. About what draws her to the projects she produces, Robbie shares that the element of surprise plays an important factor, “I obviously read so many scripts, and a lot of them follow the three-act structure, and a lot of them are very formulaic, and I know what’s going to happen, and I’m bored and disengaged and I don’t find myself thinking about it afterwards. And then there’s this script like I, Tonya, like Terminal, that seem to be breaking rules. I get a real thrill out of seeing rules be broken.”

If you’re a fan of film noir, or Margot Robbie, Terminal is a must-watch for you.