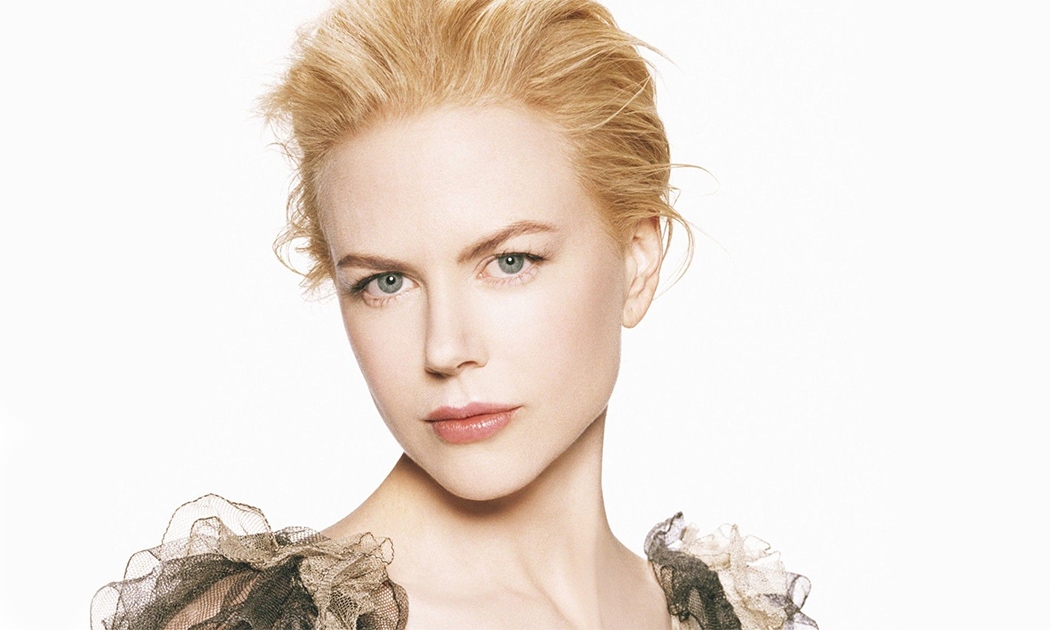 Before she was the queen of red carpets and an Academy-award winning actress, the elegant Nicole Kidman once spotted a moppet of crazy curls and was given the Hawaiian name of “Hōkūlani", which means 'Heavenly Star'. What a fitting moniker for the Australian trailblazer who paved the way for her fellow Aussies to carve out acting careers in competitive Hollywood. To celebrate the graceful star’s BIG 50th birthday, let’s take a look at 15 little known facts about her. 1. A stuttering start
Even A-listers can be shy. Insiders know Nicole Kidman to be a shy soul. In fact, she has revealed that she was a timid child with a stutter. She grew out of that but still occasionally regresses into shyness. She doesn’t like to attend parties by herself and has problems walking into a crowded restaurant.

2. Follow that Yellow Brick Road
Because of her shyness, Nicole Kidman’s choice of career is an unlikely one. Acting requires her to live her life in the public and she wasn’t quite sure if she’s prepared. What inspired her to go into acting was The Wizard of Oz, she was bowled over with Margaret Hamilton’s performance as Wicked Witch of the West in the 1939 production.

3. The Calm before the Thrill
Kidman’s first Hollywood movie was Dead Calm, a thriller co-starring Sam Neill and Billy Zane. It was thanks to this movie that she caught the eye of her future husband, Tom Cruise, who was reportedly smitten and invited her to be the female lead in Days of Thunder. On receiving the call to meet with Cruise, Kidman told Vanity Fair, “I thought, Wow! This is America! Tom Cruise wants to meet me. He made Top Gun and Cocktail—the films I grew up watching.” 4.  Strictly no butterflies
Nicole Kidman suffers from Lepidopterophobia, an acute phobia of butterflies when she was a child and could not overcome the fear. Despite the extreme phobia, she agreed to appear in a commercial for Omega (She is a brand ambassador) for its OMEGA De Ville Prestige collection- “Butterfly”, posing with paper butterflies to promote the timepiece. 5. All of Her
While she is shy in demeanour, Nicole Kidman has no qualms about baring all for nude scenes. She doesn’t use body doubles for naked scenes, preferring to do it all herself.

6. Gangly and “stalky”
Nicole Kidman stands at a statuesque 1.8 m (5’ 11”) tall. By the time she was 13, she was already 1.75 m (5’ 9”), earning her the nickname “Stalky” in school. She is four inches taller than ex-husband Tom Cruise and often wore flats when she appeared alongside him to avoid towering over him.

7. A leftie turned right
Nicole Kidman is naturally left handed. However, to act convincingly as author Virginia Woolf in 2002, she learnt to write with her right hand. There were quite a number of scenes with Kidman penning down notes in the movie. Her efforts paid off, she won critical acclaim for the role, including her first BAFTA, third Golden Globe, and an Academy Award for Best Actress. Incidentally, she was the first Australian to walk away with Oscar gold. 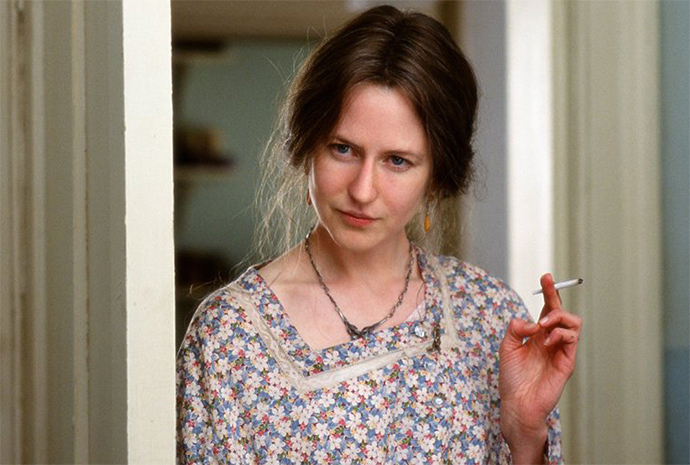 8.  Nicole Kidman- Massage therapist
Kidman made her film debut at age 16, in an Australian film called of Bush Christmas and was off to a good start. However, her mother was diagnosed with Breast Cancer the following year, causing a halt in her acting career. She turned to study massage to help her mother with physical therapy and also worked as a massage therapist for a while. Her mother recovered from cancer, and she promptly went back to acting.

9. A DC die-hard
Much like how Chris Evans played two Marvel heroes (Fantastic Four’s Storm and The Avengers’s Captain America), Kidman also plays two comic book characters, but from DC Comics. She played Dr. Chase Meridian in Batman Forever, and in 2018, she will be Queen Atlanna in Aquaman. 10. Ever the Professional
It was during the filming of Moulin Rouge! that Nicole Kidman fell while practising a dance number and broke two ribs and injured her knee. Her accident halted production for two weeks, while thereafter, many of her scenes have to be shot waist up. What made it impressive was she was in a wheelchair due to her injuries, but she shouldered on in order not to cause any further delay to the production.

11. The chart topper
After showing her singing abilities in Moulin Rouge!, Kidman collaborated with British singer Robbie Williams in a cover of Frank and Nancy Sinatra’s duet “Somethin Stupid”. The single, released during the Christmas period, topped the UK charts for the holidays.

12. Jane of all Trades
If Nicole Kidman were to quit acting now, she’d have a lot of options available to her. From learning to write with her right hand and sing for her roles (apart from Moulin Rouge!, she also did her own singing for Happy Feet), she has this rule about learning the trades of the characters she plays to better immerse in the roles. Among the things she has mastered are twirling and throwing knives (for Paddington), taxidermy (for Paddington as well), riding camels (for Queen of the Desert) and a little of bike stunt (for BMX Bandits). 13. The Smarts
Despite not finishing high school (she dropped out at 16 to purse acting), Nicole Kidman is no wallflower. She is said to have an IQ of 132 (An average person’s IQ is between the range of 90-110), which isn’t surprising considering her late father was a clinical psychologist and biologist and her mother used to be a nursing instructor.

14. The Lion’s Share
In 2016, Kidman appeared in the movie Lion, based on the real story of Saroo Brierley’s journey to find his real family in India after being adopted by an Australian. She was handpicked by Saroo’s adopted mother, Sue Brierley to portray her in the movie. To prepare for her role, Kidman played cricket with her young co-start Sunny Pawar (who played the young Saroo), and their cricket games were filmed and appeared in the movie. 15.   Missed Opportunities
Nicole Kidman has played everything from a doctor to a writer and courtesan in her three-decade career. There are, however, famous roles that could have been hers, but fell through. Some include Catwoman that went to Michelle Pfeiffer, Forrest Gump’s Jenny that went to Robin Wright, Mr and Mrs Smith’s Jane that famously starred Angelina Jolie and Panic Room’s Meg Altman that went to Jodie Foster. Kidman was all set to play Meg but her injury from Moulin Rouge! didn’t heal in time for the production. She still appeared in the movie though, as the voice of the girlfriend of Foster's husband in the movie, heard answering the phone when Meg called.

Not that any of these missed roles affected her career in any way. Now that she has hit the big 50, there’s still no stopping this Australian thespian. She has two upcoming projects in 2018, and is still an active UN Ambassador. She is focused on raising awareness female human rights around the world- especially on violence against women.

Here are some other movies for you to appreciate the remarkable Nicole Kidman immersing herself in the characters she plays: 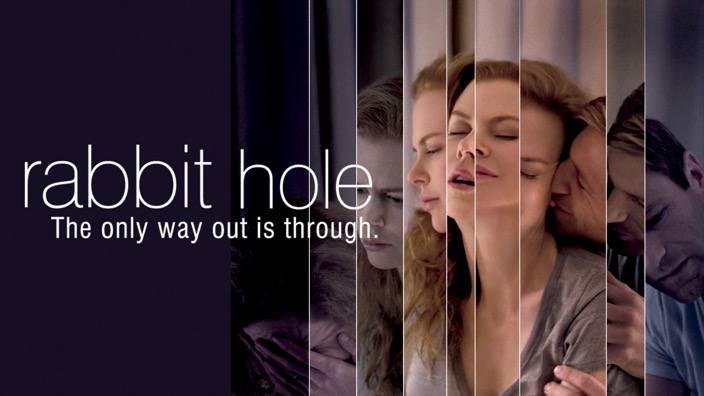