2017 marks the 40th-year of Meryl Streep’s shining career in film. Praised as the “best actress of her generation”, a title she humbly objects to, Meryl Streep is well-known for her record-setting Academy Award nominations. Streep’s performances are as dynamic and unforgettable as the actress herself, but what may be even more notable is the actress’s Golden Globe award nominations. To date, she has had an incredible 30 nominations. Her most recent nomination was for her impeccable performance as Florence Foster Jenkins in a movie that tells the true story of a flamboyant socialite with an unlikely dream to break into the world of music. Alongside Hugh Grant, the movie is nothing short of laudable and worthy.

The Hollywood Foreign Press Association is as star struck as America, and has awarded Streep many nominations, including the Cecil B DeMille Lifetime achievement award for her outstanding presence in the entertainment Industry.

Without further ado, we walk down memory lane with five films that have contributed to her incredible success.

The Iron Lady
Streep powerfully evokes the rebellious and history-making life of Margaret Thatcher, the former Prime Minister of the United Kingdom. This film gives much for viewers to walk away with, including the realisation that an exterior of lipstick and pearls doesn’t define the character or the ideas held within. Out of Africa
Meryl Streep’s 6th nomination came for her 1985 portrayal of Baroness Karen von Blixen’s life in Kenya. This film helped pave her way as the top choice for powerful female roles. Love, life transitions, and independence all shape her character in this unforgettable story. August: Osage County
The successful Broadway play hit the big screen in a big way. Alongside Julia Roberts, Streep stars as the leader of a highly dysfunctional, yet unstoppable family. Hope Springs
2012 brought this relatable romantic comedy to life, with Streep playing opposite Tommy Lee Jones as a married couple seeking something more during a marriage retreat. Together with Steve Carell, they make this an incredibly funny film. Streep shines brightly, even in the dark scenes. The Bridges of Madison County
Clint Eastwood and Meryl Streep unlock the tale of a simple Iowan homemaker and a famous photographer who explore their desires and choices during an emotionally packed four-day adventure. 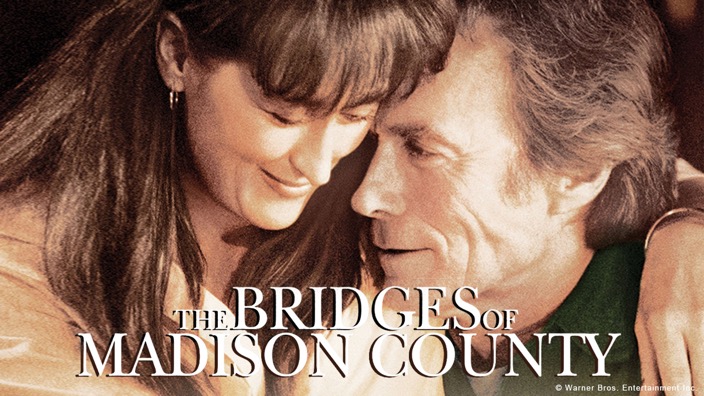