Women Who Fought For A Cause 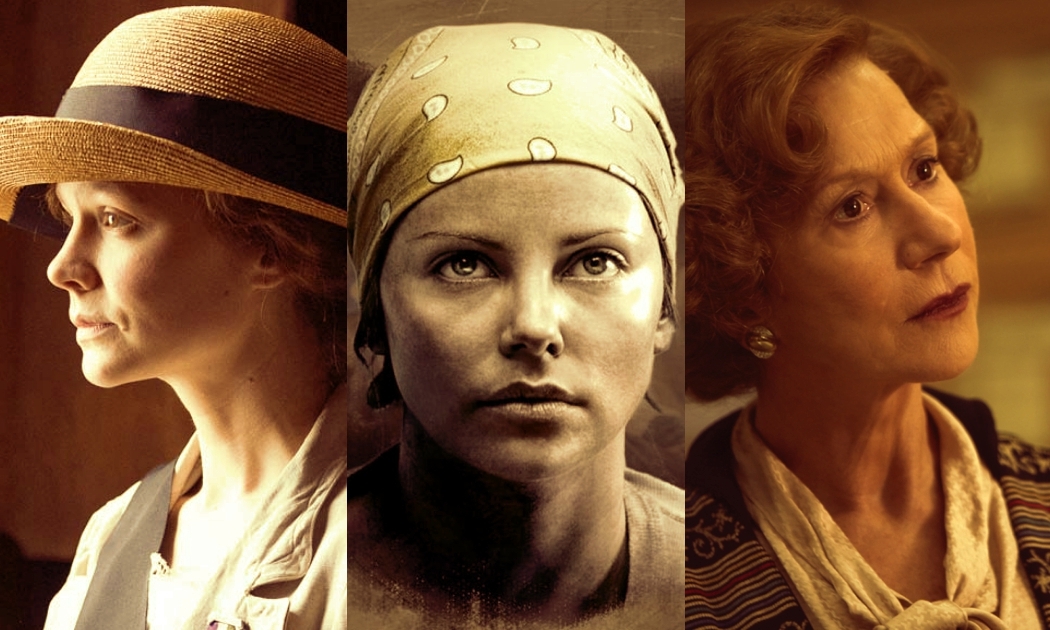 Throughout history, people have fought for many things, some of which have led to the modern rights that we enjoy today. Some were fought for exclusively by women – like the right to vote, or the right to seek justice when facing sexual harassment at work. Others, like fighting to recover family possessions seized during the war, are more gender-neutral.

It is true that there are specific stories that only women could have experienced, even though some may argue that the “strong female character” in them is hardly a feminist ideal if this character has to be specifically defined as female (as opposed to a character who happens to be played by a woman, for example, Lucy Liu as Watson in the TV series, Elementary.)

As an actress, I think it is an exciting prospect to play a “strong female character” against a backdrop of a period in history where women’s voices were often undervalued and undermined. It reminds us not to take progress for granted. Today, we recommend three films based on true stories about women who fought for a cause. The common thread is that: all the protagonists have the odds stacked against them (directly or indirectly) because of their status as women; and all are played by marvellous actresses who skilfully exude feminine strength in their fight against a man’s world.

Like all films about an epic event in history, there are often too many stories and the filmmakers must select only a specific slice to tell the tale. Director Sarah Gavron and screenwriter Abi Morgan made their choice to focus on the British women’s right to vote, specifically on working blue-collar women who paid a high price in their fight for the right to vote. Even if it did not directly improve their lives immediately, even if they ended up losing everything, they fought for the chance that the future generations of girls and women would not have to suffer the indignities and compromised positions that people without power (that is, all women at the time) have to go through. Carey Mulligan plays Maud Watt, a seemingly contented woman at the beginning of the film, who has a job as a laundry worker, a decent husband and an adorable son. As things unfold, the exploitation she swallows as a part of life is revealed. We see her transition from reluctant association with the Suffragettes to her slow awakening towards activism. Maud is a composite of many women of the time. The ever brilliant and intriguing Helena Bonham Carter plays pharmacist Edith Ellyn, and Anne-Marie Duff plays Violet, both excellent mentors who draw Maud into the movement. Meryl Streep cameos as the inspiring outlaw, Emmeline Pankhurst. This film about women, told by women, is worth all the emotions of outrage we endure, seeing a mother lose her child because the law only recognises the father’s rights, witnessing police brutality against women and the inhumane force-feeding of activists, just to let us know the power of convictions and human bravery. It ends appropriately, shying away from a Hollywood ending, highlighting the ongoing fight. We are then reminded of the stark reality that a woman’s right to vote happened less than 100 years ago.

North Country is inspired by Lois Jenson, who filed, and won, the first class action lawsuit for sexual harassment in America.

Charlize Theron once again tucks away her superstar looks and plays Josie Aimes, still a relatively attractive woman, working blue-collar jobs to support herself and her two children after leaving an abusive marriage. Finding that working as a miner best pays her bills, Josie finds herself in an impossible situation: being constantly harassed at work; belittled by male colleagues who act like they own the space; and then coming home to an ungrateful son and disgruntled father. Against all odds: Josey Aimes (Charlize Theron) trying to make it in a male culture and environment that thinks women can't drive a truck or blow up rocks

She is attacked by high school ex-flame Bobby Sharp (Jeremy Renner) in the mines, shamed by his wife, abused physically, verbally and emotionally. It is difficult to not only watch the men constantly attacking the women, but also, more poignantly, to watch the other women at the mines shying away from standing up for themselves, and each other. Woody Harrelson plays the reluctant lawyer, Bill White, who barely believes in Josie’s cause himself, but eventually takes it on because it will be the first of its kind. The other female miners refuse to stand with Josie for fear of losing their jobs. We see how deep their fear goes as they even speak on the stand against Josie, only for one of them to find ejaculated bodily fluids on her clothes in the locker room – just another day at the office. As with all cases of sexual harassment or assault, the woman’s sexual history is called into question, revealing a plot twist. Even her only friend, Glory (Frances McDormand), the only female union representative, adopts a survival tactic of blending-in-with-the-boys that borders on collaboration. It is only when Glory is diagnosed with a fatal disease that she finds the courage to stand with Josie. 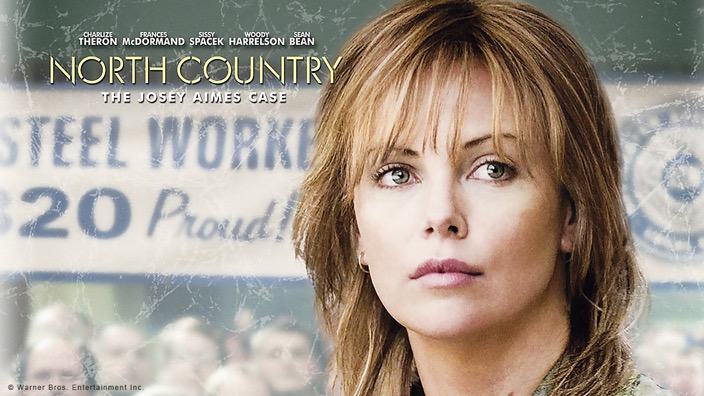 The most important question this film leaves you with is articulated by White, “What are you supposed to do when those with all the power are hurting those with none?”

Helen Mirren can play anything and sell it with majesty and grace.

Now that is out of the way, we introduce this true story based on Maria Altmann (Helen Mirren) who fought the entire Austrian government to reclaim a family painting of her aunt, Adele Bloch-Bauer, by famous painter Gustav Klimt. It has become known as “The Woman in Gold” and is a prized possession in the Austrian art world. This story about the legalities of art restitution in the modern-day is moved along by Helen Mirren’s chemistry with her unlikely partner, Ryan Reynolds with its entertaining and endearing juxtaposition of characters.  He plays Altmann’s young lawyer, Randol Schoenberg, who fights tooth and nail, at the expense of his own family time, to file endless appeals. Maria Altmann (Helen Mirren): At the very least, we should be reunited with what is rightfully ours

This true story of Altmann’s epic legal battle is charged by the wartime family history backstory depicted in flashbacks. A younger Altmann (played wonderfully by Tatiana Maslany, Emmy-nominee of Orphan Black) takes us back to 1930s Vienna. A key part of Woman In Gold is a war story where we see the younger Altmann, a Jewish woman, ripped from her family, friends, and beloved country because of the Nazis, who also stole many things from the Jews, and in this film, a piece of the family in the form of a painting.

This is also a story about generations of women. Altmann’s girlhood memories of her Aunt Adele (Antje Traue) include a tender moment with them admiring the painting together, with Adele saying, “I wonder what it will be like to be a woman, when you are older, whether you will have to amuse yourself with trivialities.” 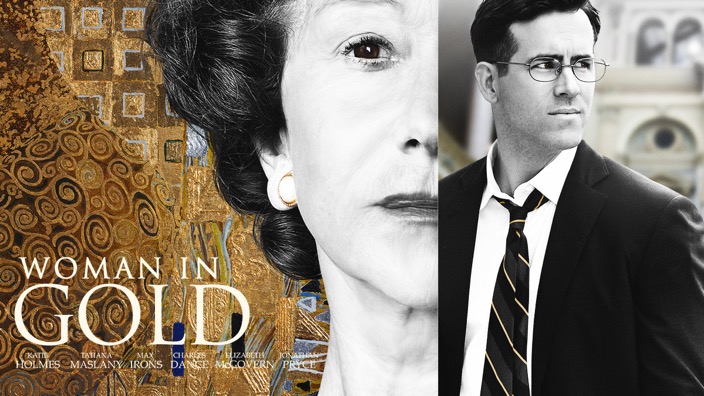 Her pain and struggle through the war, coupled with her childhood connections, fuels the principles and convictions that carries Altmann through her decade-long legal battle as an elderly woman. Enjoy the stellar performances by all the women in the film.