Regardless of whether you think Formula One is a waste of time or if you believe it is the best sport in the world, you can learn plenty you didn’t know about this sport from Ron Howard’s Rush. 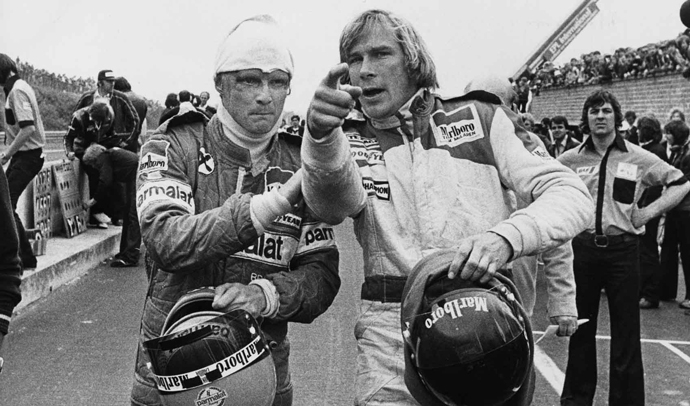 Focusing on the volatile relationship between Niki Lauda and James Hunt, both former Formula One world champions, this movie documents the famous rivalry between the pair. This includes the on-track death-defying battles that occurred in the 1970s. However, like many movies that are based on true life events, certain incidents are exaggerated and the story has been tweaked. Here is the real story behind the movie Rush. Does James Hunt Deserve His Reputation as a Playboy?
In an interview in 1976, Hunt himself admitted that he was a playboy and also claimed he had taken advantage of his star status as a Formula One driver. Photos from the same year show Hunt wearing overalls with sex-related captions on them. James Hunt once claimed to have bedded over 5,000 women and also boasted that he had had sex minutes before a race on many occasions. 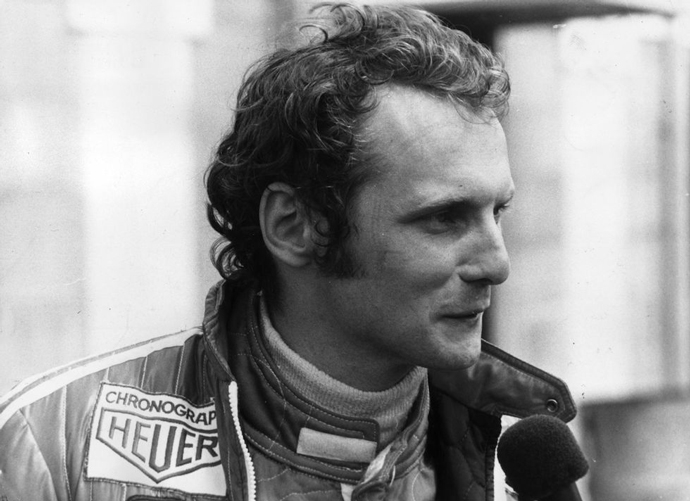 For What Reason Was Niki Lauda Given the Nickname ‘The Rat’?
Lauda’s sponsor, Marlboro, put ‘The Rat’ on his visor. This was because Lauda had protruding front teeth and a marketing guy thought it would be a good idea for him to have a nickname. James Hunt even referred to Lauda as ‘The Rat’ in several interviews. Daniel Bruhl, who plays Lauda in Rush, needed prosthetic teeth to play the role. 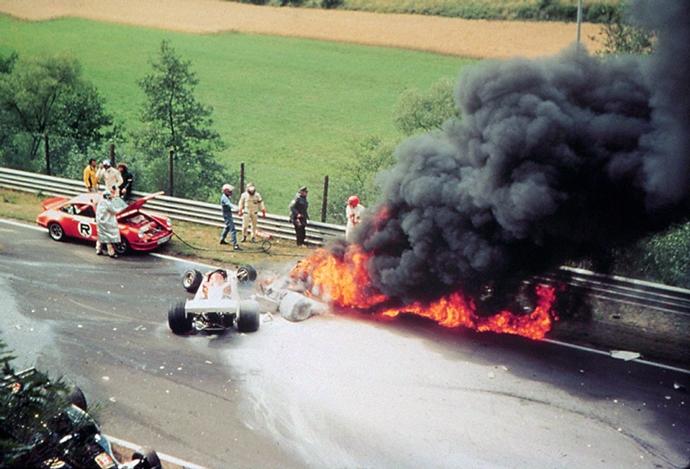 Did Lauda Actually Suffer Horrific Burns in a Deadly Crash?
On 1st August 1976, Niki Lauda lost control of his car during the German Grand Prix that was taking place on the Nürburgring track in Nürburg, Germany. On a bend, the car crashed into a wall before bursting into flames. To make matters worse, it then drifted back onto the track, hitting another car. On impact, Lauda’s crash helmet flew off and the driver was then trapped in the car for over a minute with the flames reaching a temperature of over 800 degrees Fahrenheit. It was his fellow racers who saved his life by dragging him from the burning car.
Lauda suffered horrific burns to his forehead, eyelids, scalp, ears and hands. In addition to the burns, he also damaged his blood and lungs. Although he was still conscious immediately following the accident, he was later fighting for his life and in a coma. A priest even administered the last rites as doctors believed that the outlook for the motorsports legend was critical. Prior to the Accident, Were Lauda and Hunt Close Friends?
Hunt and Lauda initially met on the Formula Three circuit before becoming Formula One stars. They built a strong friendship built on mutual respect for each other’s talents. In spite of being rivals on the track, the pair often visited each other in the pits. The pair’s friendship is perfectly portrayed in ‘Rush’ as both the rivalry and the respect are clear. 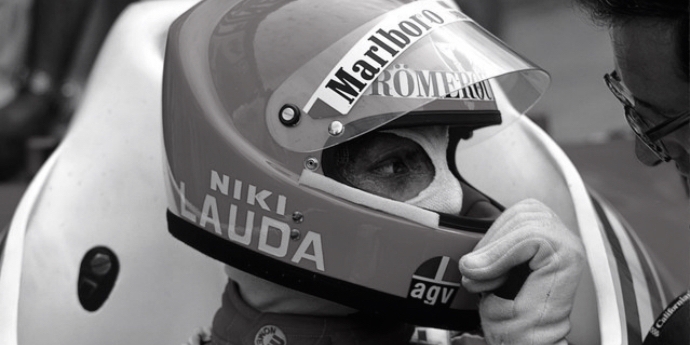 Was Hunt’s British Grand Prix Win Reversed and Awarded to Lauda?
The reversal of Hunt’s Grand Prix win is not part of the storyline in Rush. However, it is actually true that the win was reversed and given to Lauda. The race took place on 18th July 1978 and Hunt took a short cut to the pits following a crash. Ferrari argued that drivers have to follow the course to the pit even when the race is suspended. A hearing took place following a dispute over Hunt’s victory. The decision was to disqualify Hunt and award the win to Lauda. Who was the Better Driver, Hunt or Lauda?
Everyone has a different opinion about the different skills of the drivers. However, prior to his accident, Lauda had over double the race points of Hunt. Missing two races during his recuperation meant that his lead diminished and yet he was still just one point behind James Hunt at the end of the racing season. In addition to missing races following his accident, Lauda also withdrew from the last race of the season in 1976 due to safety fears about Japan’s rain-soaked track. For these reasons, many would argue that Lauda was the better driver even though Hunt won the season.
Lauda won the championship three times in 1975,1977 and 1984 compared to Hunt’s single World Championship title in 1976, the year of Lauda’s accident. However, Hunt’s personality and the glamour he portrayed may have made him the more popular of the two drivers as he had a greater following of fans. Was Lauda Actually Involved in the Making of Rush?
Peter Morgan, the screenwriter of Rush, had constant input from Lauda regarding both his memories and the technical aspects of Formula One racing. Lauda also worked closely with actor Daniel Bruhl, who plays the role of Lauda in the movie, to help him learn the right mannerisms and accent.

Whether you are a fan of motorsport or not is almost irrelevant when watching Rush. The real-life tale is compelling and the dramatic events that take place will keep you captivated throughout.