Oscars 2022: 7 First-Time Nominees You Should Know About At the time of writing, the 94th Academy Awards are less than two weeks away. A cursory glance at this year’s nominees shows familiar names, including past winners and nominees Nicole Kidman, Judi Dench, Will Smith, Denzel Washington, Penélope Cruz and Javier Bardem. However, the Oscars are not just about recognising established talent but are also a platform for rising stars to receive well-deserved attention.

Here are seven first-time nominees, some of whom you may have heard of before and others whom you might be learning about for the first time, who are up against the established competition for a shot at that little gold statuette come Sunday, 27 March 2022. At 32, Buckley’s varied career already spans almost 15 years. The Irish actress is known to television audiences for her roles in weighty TV miniseries like Chernobyl and War & Peace, as well as a ten-episode appearance in Fargo. Buckley was the runner-up in the reality competition TV Show I’d Do Anything, in which she vied for the role of Nancy in the West End revival of the musical Oliver!. She recently returned to musical theatre in a production of Cabaret, playing Sally Bowles opposite Eddie Redmayne as the Emcee.

It was a given that Buckley would be nominated for an Oscar sooner or later, given her critically acclaimed turns in films like musical drama Wild Rose and the psychological thrillers Beast and I’m Thinking of Ending Things. Buckley also performed the theme song “Glasgow (No Place Like Home)” for Wild Rose. Buckley can next be seen in the horror drama Men, from Ex Machina and Annihilation director Alex Garland. She continues to display a penchant for challenging subject matter, resulting in captivating performances.

Did You Know: Both Jessie Buckley and Olivia Colman are nominated for playing Leda Caruso in The Lost Daughter at different ages. This is only the third time two actors have been nominated for playing the same character in the same film: it previously happened with Kate Winslet and Gloria Stuart for Titanic, and Kate Winslet and Judi Dench for Iris. The coming-of-age comedy-drama CODA (Children of Deaf Adults) has received widespread praise for its nuanced, frank and sensitive portrayal of how people with hearing disabilities and their loved ones navigate everyday life and bond over shared experiences. The film is a remake of the French movie La Famille Bélier. Troy Kotsur and Marlee Matlin star as Frank and Jackie Rossi, parents of Ruby (Emilia Jones) and Leo (Daniel Durant). Children of a Lesser God star Matlin made history in 1987 as the first and to date only deaf actor to win an Oscar, and the youngest Best Actress winner. The producers of CODA were initially reluctant to cast other deaf actors besides Matlin, but she threatened to leave the production if they did not.

Kotsur has an extensive history as an actor and director with the National Theatre of the Deaf and Deaf West, having starred in stage productions including Cyrano and Spring Awakening. Kotsur directed the family film No Ordinary Hero: The SuperDeafy Movie, about a deaf actor who plays a superhero on a TV show and helps a boy who is bullied for being deaf. For his role in CODA, Kotsur is the first deaf actor to win a solo acting award at the Screen Actor’s Guild awards, taking home the Outstanding Performance by a Male Actor in a Supporting Role prize.

Did You Know: Kotsur appeared as a Tusken Raider in The Mandalorian and helped to devise the sign language system used by the desert-dwelling alien species in the Star Wars series.

Jesse Plemons
Nominated For: Best Supporting Actor, The Power Of The Dog 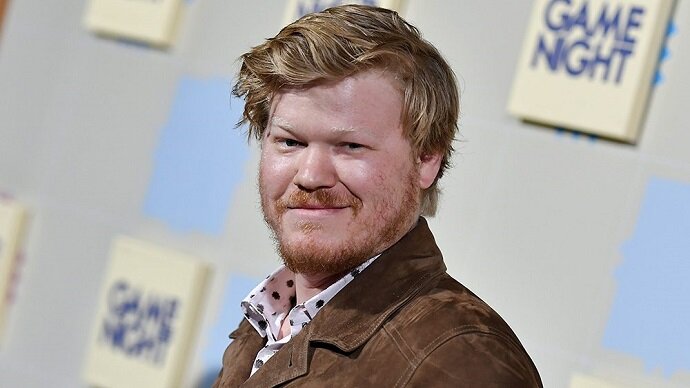 Most audiences were introduced to Jesse Plemons via his Breaking Bad character Todd Alquist – this earned him the nickname ‘Meth Damon’ among fans. Plemons is a familiar face on TV and in movies, and like his partner and The Power of the Dog co-star Kirsten Dunst, he got his start as a child actor. After a series of minor roles in movies and TV shows like Varsity Blues, CSI: Crime Scene Investigation and Grey’s Anatomy, Plemons’ breakout came with the TV series Friday Night Lights. The character quickly became a fan favourite. Plemons has also racked up supporting credits in various major films, including Steven Spielberg’s Bridge of Spies and The Post and Martin Scorsese’s The Irishman and the upcoming Killers of the Flower Moon. He played the villainous Prince Joachim in last year’s Disney adventure Jungle Cruise. It was on the set of the Fargo TV show that he met Dunst.

Did You Know: Plemons and Dunst make up one of two couples nominated for Oscars this year: Javier Bardem and Penélope Cruz comprise the other. Jessie Buckley is not the only nominee this year to hail from the world of musical theatre and to have made their debut on a reality TV competition show: Ariana DeBose made it to the top 20 on So You Think You Can Dance in 2009, and then went on to a prolific stage career. DeBose has starred in productions of Motown: The Musical, Pippin, Summer: The Donna Summer Musical and was notably part of the original cast of Hamilton, playing “the Bullet” among other roles. DeBose has also appeared in the musical film The Prom and the musical comedy TV series Schmigadoon.

For Steven Spielberg’s new take on the classic musical West Side Story, DeBose had big shoes to fill as the Anita character, who was originally played by Chita Rivera on stage and Rita Moreno in the 1961 film. Moreno, who also has a supporting role in the 2021 West Side Story, won the Best Supporting Actress Oscar for playing Anita in the 1961 iteration.

Did You Know: Should DeBose win this year, she and Moreno would join the exclusive club of actor duos who have won for portraying the same character in different films. The only others are Marlon Brando and Robert De Niro as Vito Corleone in The Godfather and The Godfather Part II respectively, and Heath Ledger and Joaquin Phoenix as the Joker in The Dark Knight and Joker respectively.

Kodi Smit-Mcphee
Nominated For: Best Supporting Actor, The Power Of The Dog Like some of the other actors on this list, 25-year-old  Australian actor Kodi Smit-McPhee got his start as a child star in films like The Road and Let Me In. He voiced the title character in the stop-motion animation horror-comedy ParaNorman and has achieved mainstream recognition as Kurt Wagner/Nightcrawler in X-Men: Apocalypse and Dark Phoenix. In the Jane Campion-directed western Power of the Dog, Smit-McPhee plays the onscreen son of Kirsten Dunst’s character – both actors, alongside co-stars Benedict Cumberbatch and Jesse Plemons, are nominated this year.

Did You Know: Smit-McPhee lives with ankylosing spondylitis, a type of arthritis that causes vertebrae to fuse and results in chronic pain. While making The Power of the Dog, he lost vision in his left eye, impairing his sense of depth perception, and resulting in difficult filming a scene wherein he had to catch a matchbox that was being thrown to him. While Will Smith has received awards attention for the biographical sports drama King Richard, including Best Actor and Best Picture nominations, he’s not the only one in the spotlight. Aunjanue Ellis, who plays Oracene “Brandy” Price, is also nominated. Richard Williams and Brandy Price are the parents of Venus (Saniyya Sidney) and Serena (Demi Singleton) Williams, the sisters who eventually became champion tennis players. Ellis’ numerous credits include the films Ray, The Help, If Beale Street Could Talk and Get on Up, and the TV shows The Mentalist, Quantico, Designated Survivor, NCIS: Los Angeles and Lovecraft Country. For her performance as Brandy, Ellis has won multiple critics’ awards, including the National Board of Review and Washington D.C. Area Film Critics Association Awards.

Did You Know: Ellis is among the eight out of 20 acting nominees this year who are nominated for playing real people in biographical films. The Japanese road trip drama Drive My Car is something of a dark horse contender this year. The story focuses on stage actor and director Yûsuke Kafuku (Hidetoshi Nishijima). Two years after his screenwriter wife Oto accidentally dies, Kafuku is asked to direct a production of Uncle Vanya and is reluctantly chauffeured by young driver Misaki Watari (Toko Miura). Based on the short story by Haruki Murakami, the movie is nominated for four Oscars, including Best Picture, Best International Feature Film, Best Adapted Screenplay and Best Director for Ryusuke Hamaguchi. Hamaguchi is up against heavyweight names including Steven Spielberg, Kenneth Branagh, Jane Campion and Paul Thomas Anderson. “I could have never imagined that I would be a realistic contender,” he tells Variety via Japanese interpreter Stacy Smith. Hamaguchi was on a plane with no internet access on the way to the Berlin Film Festival where he was a jury member. Then, the nominations were announced, and he received the surprise of his life and over 60 text messages when he landed.

Did You Know: This is the first Japanese film nominated for Best Picture at the Oscars and Ryusuke is only the third Japanese director nominated for Best Director, after Hiroshi Teshigara for Woman in the Dunes in 1964 and Akira Kurosawa for Ran in 1985.