Patrizia Reggiani, Maurizio Gucci and The Real People Behind House Of Gucci 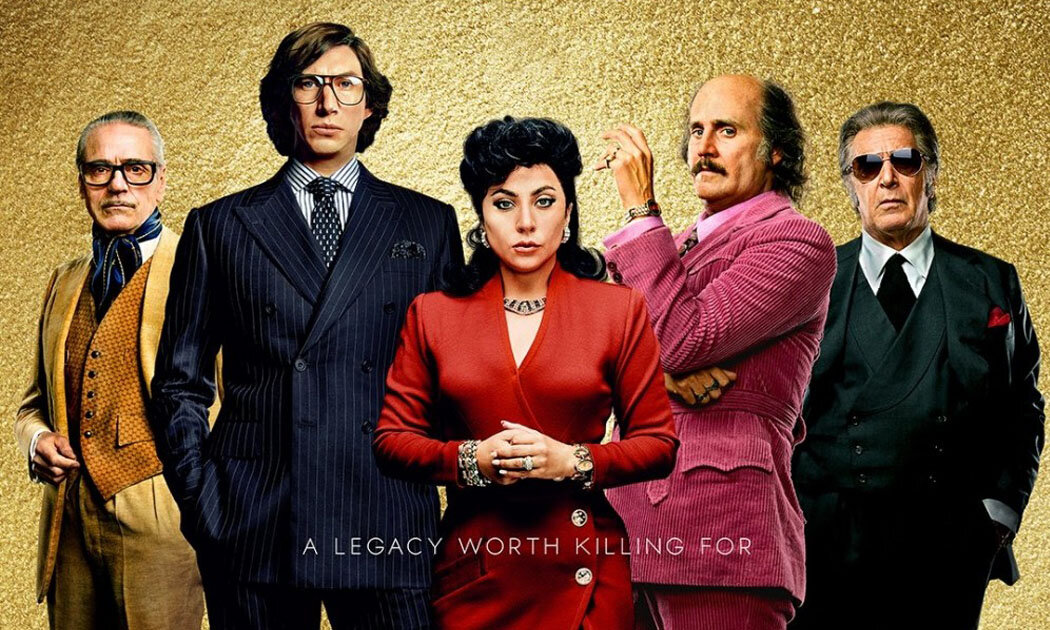 This article discusses the events on which House of Gucci is based and will therefore contain spoilers for the film. 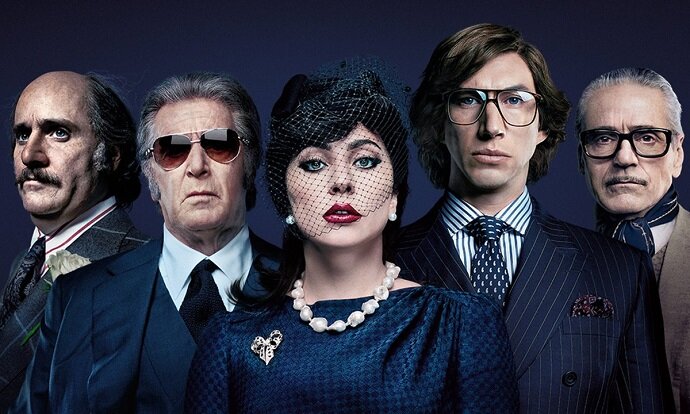 The saying goes that “fact is stranger than fiction,” and nowhere is this truer than with the Gucci family. Behind the renowned fashion house is a story of rivalry, betrayal, murder and even witchcraft. This story is dramatized in director Ridley Scott’s new film, based on the non-fiction book The House of Gucci: A Sensational Story of Murder, Madness, Glamour, and Greed by Sara Gay Forden.

The film depicts the struggle within the Gucci household. Maurizio Gucci, the son of Rodolfo Gucci and grandson of founder Guccio Gucci, battled his uncle Aldo for control of the company. Maurizio married Patrizia Reggiani, and after they had a bitter break-up as Maurizio was seeing another woman, Patrizia eventually hired hitmen to murder her ex-husband.

The film had been in development for years, with Scott initially attached, before being succeeded by a series of directors and then finally returning to the project. At one point, Angelina Jolie and Leonardo DiCaprio were rumoured to star as Patrizia Reggiani and Maurizio Gucci respectively. The movie has attracted controversy, with the Gucci family issuing a statement condemning the film as “anything but accurate” and “extremely painful,” claiming the filmmakers did not consult with them directly.

The true story is so convoluted that we can only cover a small section of it here, but this is what you need to know about the real people behind the colourful characters in House of Gucci. House of Gucci may be about the struggles within a family, but as is often the case, an outsider is at the centre of it all. Patrizia Reggiani grew up poor, born to a single mother in Modena, Northern Italy. Her mother married wealthy businessman Ferdinando Reggiani, and so Patrizia entered the outermost circles of Italian high society. At 22, she met Maurizio Gucci at a party, and after two years, the couple were married. Maurizio’s father Rodolfo disapproved of the union, viewing Patrizia as a social climber who was only marrying Maurizio for the money and the Gucci name. Maurizio and his father fell out over the marriage, but Patrizia eventually convinced Maurizio to reconcile with Rodolfo.

Patrizia’s expensive tastes became the stuff of legend. “It’s better to cry in a Rolls Royce than be happy on a bicycle,” she infamously said in a TV interview. Maurizio bought and refitted the Creole, the world’s largest wooden yacht, for Patrizia. They sailed from private island to private island on it. Cracks began to form in the marriage amidst Maurizio’s battle for control of the company after his father’s death in 1983. In 1985, Maurizio left on a business trip to Florence and never returned, sending a friend to inform Patrizia that the marriage was over. Maurizio began living with his childhood sweetheart Paola Franci (portrayed in the movie by Camille Cottin). 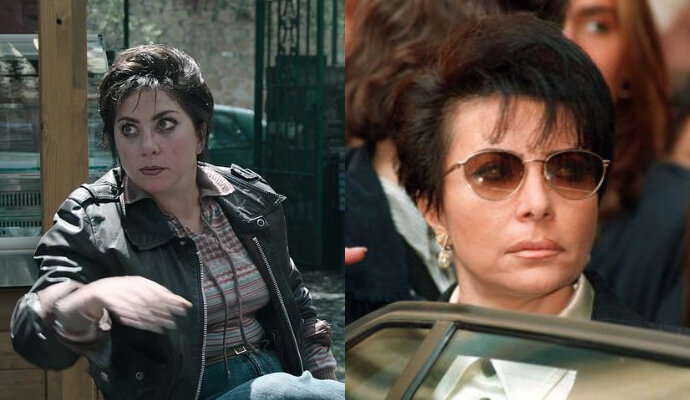 Patrizia eventually hired hitmen to murder her ex-husband, who was shot three times outside his Milan office on the morning of March 27, 1995. Patrizia was only arrested two years later, and over the course of a high-profile trial, was dubbed the “Black Widow” by the Italian media. She was convicted of murder and sentenced to 29 years in prison, serving only 18. Her lawyers negotiated to allow Patrizia to keep her pet ferret Bambi in prison. When Patrizia was eligible for a work release program in 2011, she opted to remain in prison, stating in court “I’ve never worked in my life, I won’t start now.”

While Patrizia reportedly approves of Lady Gaga’s casting, she is unhappy that the actress did not meet with her personally. “I am rather annoyed at the fact that Lady Gaga is playing me in the new Ridley Scott film without having had the consideration and sensibility to come and meet me,” Patrizia told Italian wire service ANSA.

Gaga argues that she didn’t want to glorify Patrizia, who is a criminal after all. "She would want me to play her in the way that she would want to be played, not to tell the truth, but to make her look good, you know?” Gaga told Gloss. “So I said, 'Let's stay away from this and let me do as much research as possible.' And not Patrizia as my vision of her, but as a journalist, like, 'What do I believe?'"

Gaga’s performance has been called over-the-top by some, but others argue that the real Patrizia is an over-the-top person herself, and Gaga’s name is in the mix for awards season. 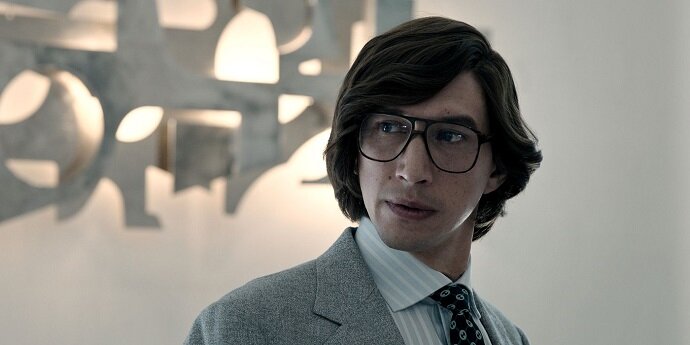 There was much disagreement between Maurizio and his relatives over how Gucci should be run. Maurizio’s uncle Aldo was responsible for expanding Gucci into an international brand. "We are like an Italian Trattoria. The whole family is in the kitchen,” Aldo said in an interview.

Maurizio disagreed with this approach. “The story of Gucci was that there were too many cooks in the kitchen,” he stated. After Maurizio’s father and Aldo’s brother Rodolfo died in 1983, Maurizio inherited a majority stake in Gucci. Throughout the 80s, Maurizio attempted to oust his uncle, suing him for control of the company. Aldo was convicted for tax evasion, serving a year in prison. Maurizio escaped to Switzerland after allegedly forging his father’s signature to get out of paying inheritance taxes. Maurizio maintained his innocence and was eventually acquitted. In 1989, Maurizio was made the chairman of the Gucci Group and set about updating the company’s image. Under Maurizio’s leadership, Tom Ford was hired; the American designer was promoted to Creative Director in 1994. While Maurizio succeeded in making the brand relevant again, it was not enough to overcome mounting debt, attributed in part to Maurizio’s own extravagant spending. His expenses included cars, chauffeurs, private jets and lavish dinners. He reportedly flew from Milan to Paris just to eat oysters. Maurizio sold his remaining stock in Gucci in 1993 for $170 million to Bahrain-based Investcorp. This effectively ended Gucci’s run as a family-owned company, making Maurizio even more hated within his family.

Paolo Gucci was the son of Aldo and the grandson of Guccio. Paolo was fired by his uncle Rodolfo for mismanaging a factory in Florence. Paolo then struck out on his own but was blocked from using the name “Gucci” for said brand. Paolo quarrelled with everyone else, suing his father, his brothers Roberto and Giorgio, and his cousin Maurizio for $13 million. He informed on his father, giving information that led to Aldo’s arrest for tax evasion. Paolo won the right to use his name in 1987, after a bitter legal battle, but sold his interest in the Gucci company and eventually declared bankruptcy in 1993. Paolo’s lavish lifestyle included a Sussex mansion where he reared strutting pheasants, prize racing pigeons, a fleet of luxury cars and a 12th-century farmhouse outside Florence. Paolo died of chronic hepatitis in October 1995, just under seven months after his cousin Maurizio was killed. 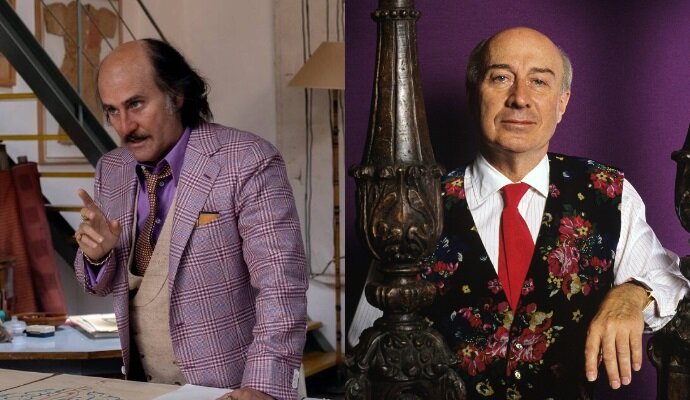 It’s no surprise that the Gucci saga plays like a movie, given that the youngest of the five sons of founder Guccio Gucci was an actor himself. Rodolfo Gucci went by the screen name ‘Maurizio D'Ancora’. He married actress Sandra Ravel, and they named their only son Maurizio after Rodolfo’s screen name. Rodolfo was discovered by director Alfred Lind and went on to appear in over 40 Italian films between the 20s and 40s. He left acting to return to the Gucci business after his father’s death. While at Gucci, his passion for film lived on in the form of a documentary he made about the family, a type of lavish home movie. Rodolfo had a tense relationship with his brothers Aldo and Vasco, who were also on the Gucci board. After Vasco’s death in 1974, Rodolfo and Aldo divided the business equally between them, but continued to have disagreements which spiralled into legal battles. When Rodolfo died in 1983, Maurizio inherited his majority stake in the company. The oldest son of Guccio, Aldo was eager to be part of the family business making and selling fine leather goods, spending long hours in his father’s shop. Aldo was Gucci’s first salesman, opening a store in Rome when he was only 20. With his brothers Rodolfo and Vasco, Aldo established Gucci’s first overseas store in New York City in 1952. U.S. President John F. Kennedy dubbed Aldo “the first Italian Ambassador of fashion”. It was Aldo who designed the iconic Gucci logo featuring two interlocking Gs, a tribute to his father. Under Aldo’s leadership, Gucci products became a sought-after status symbol and he opened shops in Tokyo and Hong Kong. In 1986, Aldo was sentence to a year in prison for tax evasion. He died in 1990 from complications due to prostate cancer. 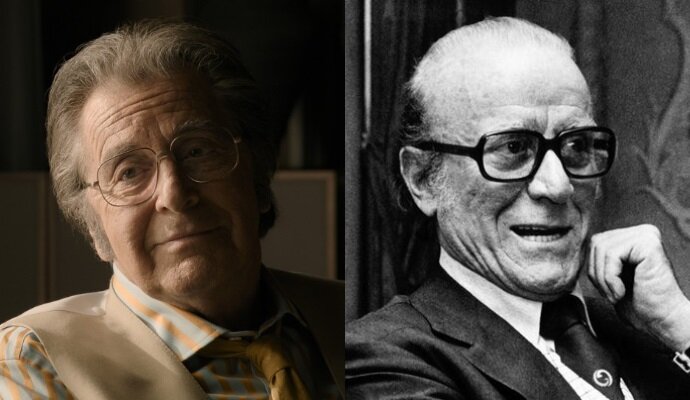 You might have noticed witchcraft being mentioned in the first paragraph of this article, and that’s where Giuseppina ‘Pina’ Auriemma comes in. The fortune teller and television psychic was dubbed the “Black Witch” by Italian media. She met Patrizia Reggiani at a health spa on the island of Ischia, and they became close friends. Guiseppina was the middle woman in Maurizio’s murder, helping Patrizia to hire struggling pizzeria proprietor Bendetto Ceraulo to shoot Maurizio. Despite being convicted for her role in the murder, Guiseppina maintains her innocence, and also denies that she ever practiced black magic.