10 Sports Films and Anime to Watch During the Olympics With the Olympics finally around the corner, all eyes would be on the biggest sporting events in four years, and in this case, five. From basketball to gymastics to track and field, sports fans are in seventh heaven right about now. The Olympics also makes us think of the sports movies/anime we love, and here are 10 that warrant a watch.

This series is about sushi becoming sumo wrestlers. Each sushi uses its ingredient to form its own technique, and the most potent ingredient has the significant advantage to win the match. Sumo wrestlers cannot get cuter than this! 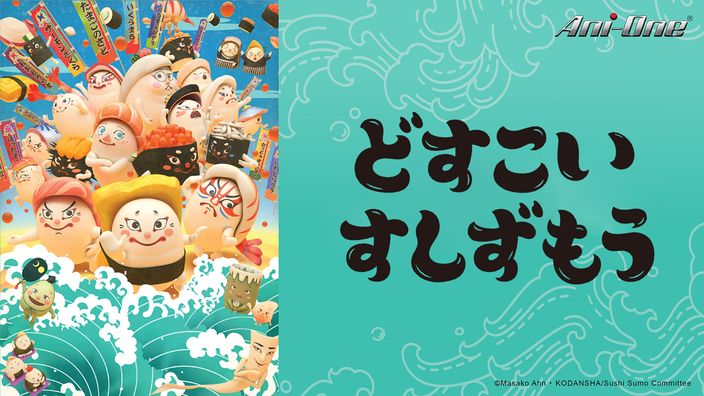 Based on the manga series by Hajime Musashino, this anime series centres on first-year high schooler Tatsuya Yoigoshi, who used to be an ace junior school soccer player who has come to resent the sport. He scoffs at an invitation to join the Kabaddi Club but takes an interest after catching an intense competition that blends martial arts and sport. This original Japanese anime series focuses on a niche sport- rhythmic gymnastics. The protagonist is Shoutarou Futaba, a boy who is fascinated by men’s rhythmic gymnastics, also known as synchronised tumbling. He enrolls at the Ao High School as they offer rhythmic gymnastics and, along with a classmate, the pair work toward becoming the best in the field. Will they succeed? Those into manga may be familiar with Haikyu!!, a series written and illustrated by Haruichi Furudate. The series follows a boy, Shoyo Hinata, who is determined to become a great volleyball player, despite his small stature. His road to even start playing the sport was fraught with obstacles, but he keeps going. It’s his story of perseverance that keeps audiences hooked, episode after episode. This French sports comedy is fictional, flamboyant and fabulously funny. Olympic Champion Matthias Le Goff makes a homophobic statement on national TV and receives a punishment- to coach the Shiny Shrimps, an amateur gay water polo team. Their singular goal is to qualify for the Gay Games in Croatia, and their journey there is filled with obstacles. Will the Shrimps get their chance to shine? This documentary explores the complicated relationship between America and soccer, focusing on the inner cities as the driving force behind the sport's growth, on and off the pitch. Featuring renowned American and international stats, organisations dedicated to breaking down barriers, Soccer in the City is a powerful film that offers inspiration and hope for the game. We all know the name Tonya Harding. While she proved herself a phenomenon in the ice skating world, it’s her off-ice antics that caught our attention. She famously orchestrated an attack on her skating rival Nancy Kerrigan, seriously injuring her leg. Her story was made into the movie, I, Tonya, starring Margot Robbie. The film touches on her early life and estranged relationship with her hovering mother, played brilliantly by Allison Janney, who took home the Oscar for Best Supporting Actress in 2018. Diving into her trials and tribulations, you feel more sympathy for the embittered Harding at the end of the movie, seeing her more as a victim than a villain.

While boxing is the sport featured in this movie, it’s the drama at Southpaw’s core that takes centre stage. Jake Gyllenhaal stars as Billy “The Great” Hope, a young upstart boxer living in New York City. However, an unfortunate accident causes him to spiral out of control. The only way to bring him back on track is his young daughter, whom Billy must prove himself to. Redemption comes in the form of a fight, where he must pull all the stops to win the title, and win over his daughter. The movie also stars Rachel McAdams, Forest Whitaker and Naomie Harris. The extraordinary career of Lance Armstrong is explored in The Program, a biographical film starring Ben Foster as Armstrong and Chris O’Dowd as journalist David Walsh, on which this film was based. It focuses on Armstrong’s substance abuse scandal and how he bounces back into the sport after a battle with cancer. However, his comeback raises some suspicion in Walsh, who digs into the athlete’s approach. 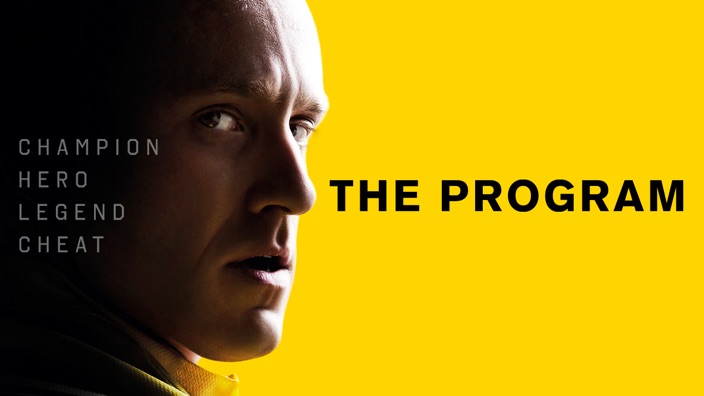