Water Can be Thicker Than Blood- Blood of the Blue Review 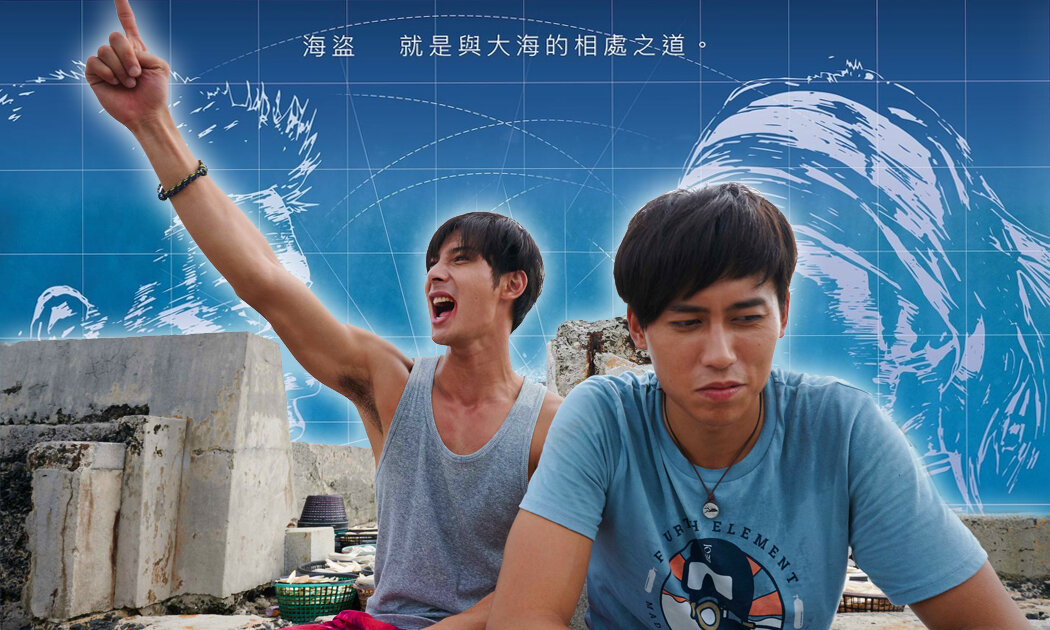 They say blood is thicker than water, but Blood of the Blue would like to present its case for the reverse.

Director Tora Yuan releases his sophomore film with a setting he’s all too familiar with - the ocean setting of Penghu. You see, the Taiwanese filmmaker is somewhat of a legend locally when it comes to underwater videography, and has been a key force behind almost every ocean-related scene in films, commercials and music videos in the country. Although this comes from his talent with the medium, a big part of what drives his niche is his unadulterated love for the seas and its conservation. It is with this theme that he created his debut in 2019 - Mermaid Whispering - about a free diver who has his loyalties challenged when his savior turns out to exploit the sea for commercial aims. With Blood of the Blue, he returns with more of the same, but this time layers it with a complex family drama.

Yan Xian-Jun (played by the incredible Pong Fong Wu in his final lead performance) is a diver, often seen as either a stubborn, passionate or delusional individual depending on who you speak to. Thing is, the middle-age man has been relentlessly pursuing a family legacy for 27 years, and that’s to find a treasure buried in the sea by his ancestor Yan Siqi three centuries ago. His insistence, of course, draws more ridicule than respect, especially given that Siqi was also a pirate.

But the hardworking Xian-Jun pushes on, and even has two helpers in the form of twin sons Dong Jing (Jerry Jianyu Ko) and Bei Wei (Kai Cheng) Yan. The father trains them to the ways of the sea, and even evolves their derogatory reputation as “sea bandits” to “way of the sea” through clever word play. After all, it seems like they have no one else to count on in their lives. This sets the tone for a warm-hearted family story, finding comfort in their black sheep status, until the boys grow into their teens and find themselves diverging in their mindsets. Yuan plays this out through multiple angles - that of romantic interests, parental favouritism, life goals and more, even as the family tries to keep their focus on their prize. His injection of these challenges feels organic - if a little simplistic at times, such as the one portrayed by Dong Jing’s high school partner - but the elements are orchestrated in spooned out measures, like waves that ebb and flow with the tide.

Much of this is thankfully due to the late Wu’s performance. His parent figure is frail yet intimidating at the same time, and under his control, makes for a character that’s interesting to watch unfold, especially when more of his motivations are revealed. And with certain parallels to the actor’s untimely passing, it makes this viewing particularly poignant. 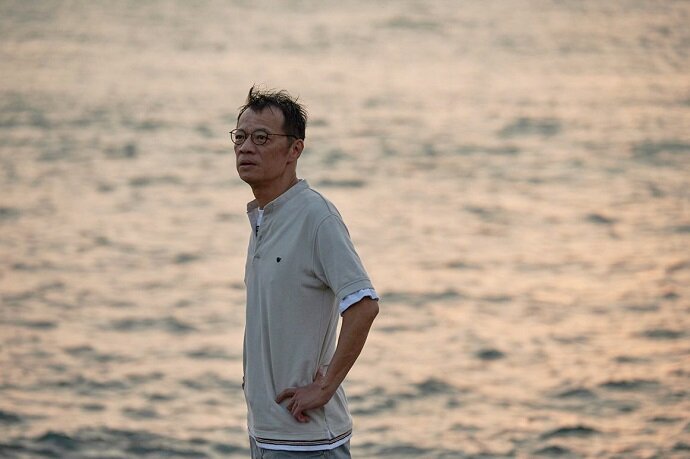 Of the siblings, Xu makes for the more compelling of the two. I’m thankful that with the story told mostly from Bei Wei’s perspective, his initial almost-too-lyrical musings become a lot more relatable about 15 minutes in, as he tries to act as the bridge between his father and older twin. His range moves through the chapters as he tries to keep the family together, and Xu explores his sacrifices with nuance. It helps that the lean actor is extremely easy on the eye, keeping the audience engaged with both portrayal and toned physique.

Jerry plays his role with less finesse, but is crucial in bringing Tora’s message to life. As the more academic son of the two, he’s more focused on maintaining the ocean’s ecosystem healthy - something that Yuan is enthusiastic in bringing to the attention of more audiences. “I hope that through my film Blood of the Blue, people can be awoken to the love and care the ocean deserves,” he shares. Director Tora Yuan (R) with the cast and crew

And who wouldn’t be affected, especially after being immersed in the underwater world Yuan has captured? His aquatic shots are not the overly-saturated and showy studio productions replicate in expensive sets, but true-to-life scenes of Taiwan’s oceanic life represented through poetic framing and silky rhythm. After witnessing the panoramic scenes of coral beds like a surreal mountain landscape and shoals of fish, sea turtles and rays drifting, it’s all the more horrifying to see how callous tourism and industrialisation has degraded and destroyed something that took centuries to grow.

“These are things that people living on land cannot see. That’s why I wanted to film them,” shared the director. “This way people can appreciate the beauty and preciousness of the ocean. This is the least I can do for her.”

This combination of strong activism and tangled family drama makes Blood of the Blue that rare outing where one can learn as one is entertained. It presents different perspectives of what the sea means for different people, while exploring topics of social classism, the power of hope and goals, as well as the nature of what’s important in making a family, a family.

It’s okay to dive headfirst - you’ll come out the better for it.