A Quiet Place Part II is one of several highly-anticipated movies which were slated to open in 2020 and which are finally being released in 2021. The film’s 2018 predecessor became a sensation and a surprise hit. Audiences took notice of director-star John Krasinski and his real-life wife Emily Blunt in the leading roles, but also of the actors playing their children.

The bond between the members of the Abbott family is at the heart of A Quiet Place. Millicent Simmonds plays Regan Abbott, with Noah Jupe as her brother Marcus. The two young actors might look familiar. Join us for a look at their other work. 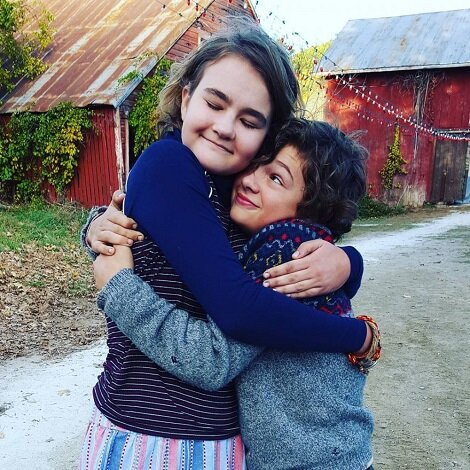 Simmonds made her feature film debut at age 12 in Todd Haynes’ drama Wonderstruck. The film switches between two parallel storylines, one set in 1927 and the other in 1977, both about a child in search of a parental figure. In the 1927-set portion of the film, Simmonds plays Rose, a deaf girl who runs away from her father’s New Jersey home in search of her mother, an actress named Lillian (Julianne Moore). Moore also plays the older Rose.

Simmonds is deaf in real life, and it was a search for a young deaf actress that brought her to director Haynes. “Her signing, her communicating, her language—because it uses the whole body, the face, the hands, the gesture—it just revealed her to me, or so I thought, like there was the self-possession of this kid,” Haynes told W Magazine about his reaction to her audition tape.

“If you’re disabled or different from what general society deems normal, it’s fine,” Simmonds told Interview Magazine. “There will always be people who won’t accept you, but there are others you can find who will. You’re never alone.” She has also appeared in the TV shows Andi Mack and This Close. Simmonds continues to advocate for the deaf community, and the young actress is at the forefront of changing the Hollywood convention of casting hearing actors as deaf characters. 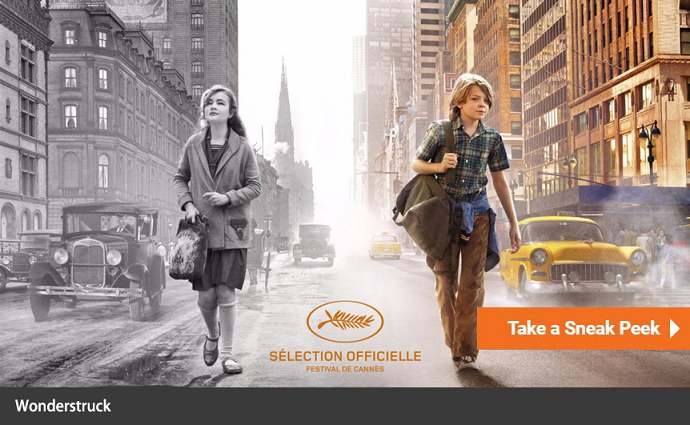 Because he plays an American in many films, including the Quiet Place movies, it might surprise some viewers to learn that Noah Jupe is British. At just 16, he has racked up 21 acting credits and counting. In Wonder, he appears alongside Jacob Tremblay, also a prolific young actor. Tremblay plays Auggie, a boy born with a facial deformity who struggles to fit in at school, with Jupe as Jack, who becomes one of Auggie’s closest friends.

In the 50s-set black comedy thriller Suburbicon, Jupe plays Nicky, the son of Matt Damon’s character Gardner, whose wife Rose (Julianne Moore) is killed during a break-in. Rose’s twin sister Margaret (also Moore) moves in to care for Nicky, as Gardner attempts to find the hitmen who killed Rose and a Black family moves into the white Suburbicon neighbourhood, upending it.

“He’s really rough on the other actors because he did everything in one take,” director George Clooney quipped, noticing Jupe’s ease in front of the camera. Clooney continued, “I’ve never worked with a young man like that in my life, who’s just a little boy, likes to play baseball, he’s normal, but the minute you put him on his mark, get him to say his lines, he’s a genius.” 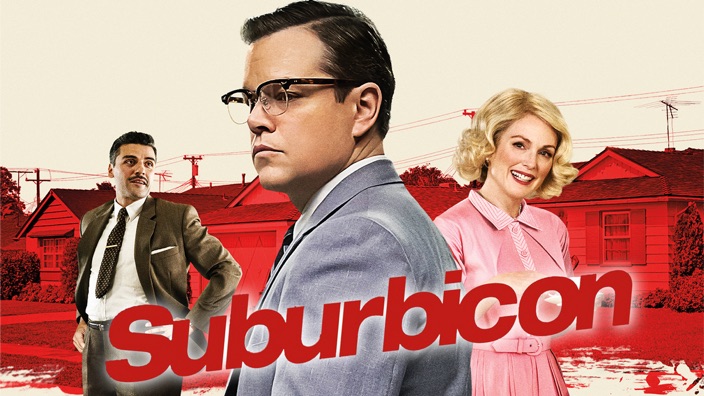 Jupe has a supporting role in the sci-fi thriller The Titan, this time playing the son of Sam Worthington’s and Taylor Schilling’s characters. Set in 2048, Worthington’s character Rick Janssen is a fighter pilot who voluntarily enrols in an experimental program. The aim of this program is to genetically modify the human body so that it can adapt to life on Titan, the largest moon of Saturn and a possible new home for humanity.

The historical sports film Ford v Ferrari reunites Jupe with his Surburbicon co-star Matt Damon, who plays Carroll Shelby. However, he plays the son of Christian Bale’s character Ken Miles instead. The film follows car designer Shelby and auto racer Miles as they attempt to build a car for Ford that will beat reigning champion Ferrari at the 1966 Le Mans race.

In Honey Boy, the semi-autobiographical drama written by Shia LaBeouf and directed by Alma Har’el, Jupe plays young Otis Lort, with Lucas Hedges as the older version of the character. Otis is based on LaBeouf, with LaBeouf playing Otis’ father James.

Jupe got his start on the small screen in the TV series Downton Abbey and Penny Dreadful and has continued to act in TV projects even as he becomes a rising movie star. In 2016’s Tom Hiddleston-starring espionage thriller The Night Manager, he plays Daniel Roper, the son of billionaire arms dealer Richard (Hugh Laurie). In The Undoing, Jupe plays Henry Fraser, the son of Grace (Nicole Kidman) and Jonathan (Hugh Grant).

The harrowing adventures of the Abbott family continue in A Quiet Place Part II, with audiences sure to recall the impact that both Simmonds and Jupe made with their performances in the first film, while looking forward to seeing the young actors in more upcoming projects.