The Wild Pear Tree: What You Need to Know About This Turkish Delight What a father keeps hidden is revealed in the son.

If you have not yet seen any film by Turkish master Nuri Bilge Ceylan, you are in for a treat with his latest film, The Wild Pear Tree, now available on CATCHPLAY+. It first premiered in Singapore at the Middle East Film Festival in 2019, which I was delighted to programme!

The Wild Pear Tree is the best place to start for the uninitiated, with Ceylan’s craft fully formed in what is already his eighth feature to date. It is a film about an aspiring writer, Sinan, who returns to his home village to scrape together the money he needs to be published, but his father’s debts catch up with him. Ceylan transforms the seemingly mundane one-liner plot into a rich story about self-image and identity, exploring what it means to progress or be stagnant in life. Here are some tidbits that you need to know before experiencing this Turkish delight:

The lead actor, Dogu Demirkol, who played Sinan, was found on Facebook after a complicated casting and audition process yielded no promising result. Despite having not acted before, Demirkol’s ability to memorise lines and getting the performance just right left Ceylan impressed. This was no easy task as the film is three hours long, with lengthy stretches of conversations that were shot in long, uninterrupted takes. Ceylan called him the smartest actor he had ever met. #2: The film was co-produced by eight countries

The Wild Pear Tree was co-produced by eight countries: Turkey, North Macedonia, France, Germany, Bosnia and Herzegovina, Bulgaria, Sweden, and Qatar. This really brings the term ‘world cinema’, which is synonymous with arthouse films, into perspective. It is quite astonishing for an independent film to have obtained this level of support, but also not surprising as Ceylan is a huge name in the film festival circuit and a consistent award-winning director with an excellent reputation for making high-quality cinema for over two decades. 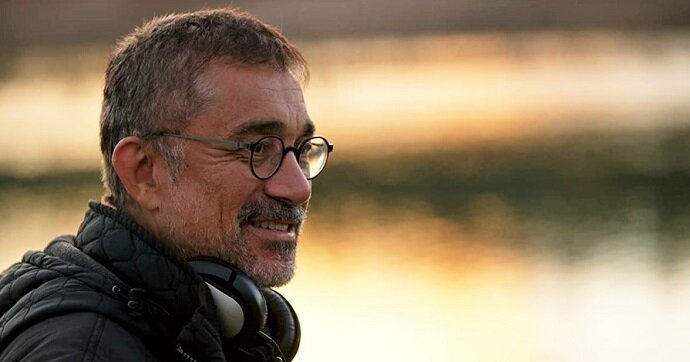 #3: It could have been five hours long

The first cut of The Wild Pear Tree was five hours (!), before it was trimmed to a more manageable 188 mins. Ceylan is no stranger to lengthy runtimes, which are most apparent in his previous two films—Once Upon a Time in Anatolia (2011) at 157 mins, and Winter Sleep (2014) at 196 mins. His gift for dialogue never seems to run dry, and it is one of the reasons his films may be long, but don’t feel its length (or perhaps more accurately, earns its length). Will his next project be just as long, or will he go back to his earlier days when he made films that mostly ran less than 2 hours? #4: Sublime use of Bach’s classical piece

One of the most prominent leitmotifs of The Wild Pear Tree is Ceylan’s use of an excerpted version of Bach’s beautiful ‘Passacaglia and Fugue in C minor, BWV 582’ that occurs at key inflexion points in the dense narrative, giving the film its poetic and elegiac tone. The music suggests the grandeur and mystery of life, locating the epic in intimate introspective moments, and vice versa.

One could make a case for The Wild Pear Tree to be part of a loose trilogy of ‘elemental epics’, alongside the two films I mentioned above, centering on the beautiful natural landscapes, and sometimes, erratic weather conditions, of Turkey’s countryside. But Ceylan’s latest film feels more autumnal and warmer, compared with Winter Sleep’s cold, hard winter in an isolated village, or Anatolia’s police investigation of the Anatolian steppes in the dead of night. One thing is for sure, Ceylan’s films are some of the most picturesque-looking in all of contemporary cinema. #6: Destiny of father and son

The relationship between father and son, and their intertwining destinies, is the key theme of the entire film, which makes The Wild Pear Tree a more accessible work than usual. In his director’s note, Ceylan quoted Nietzsche’s famous saying, albeit slightly paraphrased: “What a father keeps hidden is revealed in the son.” It is a simple but profound message. This brings us to a philosophical pitstop: could it ever be possible to shed the identity in which we are born into?