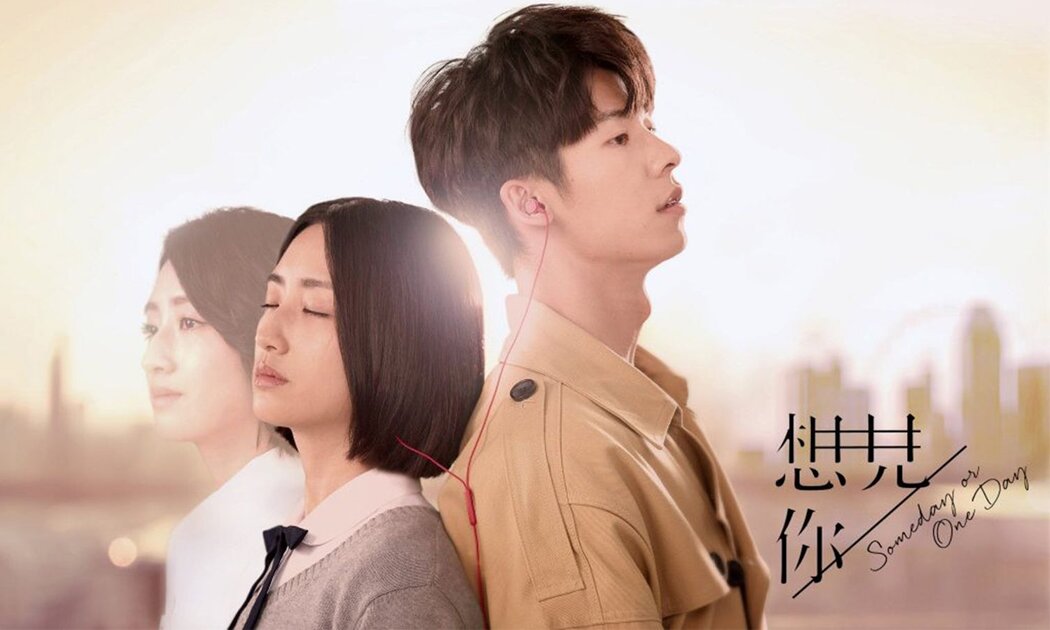 Someday or One Day has been hailed as a landmark achievement in Taiwanese TV drama. The series has won fans and generated passionate discussion with its combination of an intriguing premise, strong writing, and compelling, likeable performances.

The series is written by long-time collaborators Jian Qi-Feng and Lin Xin-Hui, who worked on the shows What is Love and Attention, Love! The duo reunites with director Huang Tien-jen, who also helmed those two earlier series. Someday or One Day is arguably heavier and more melancholic than Jian and Lin’s previous work, but this contributes to the hold that the series has on its fans.

Jian said in an interview that the initial concept of Someday or One Day came to him in a dream. "In my dream, I was hard at work writing a love story in which the male and female protagonists have been in love for 13 years. The drama was using a flashback approach, they started at 29 and were transported back to their high school days, and the audience gradually learns the origins of their love."

Of course, there is much more to Someday or One Day than what Jian saw in his dream. Read on to learn just seven reasons why the show has become such a monumental hit. 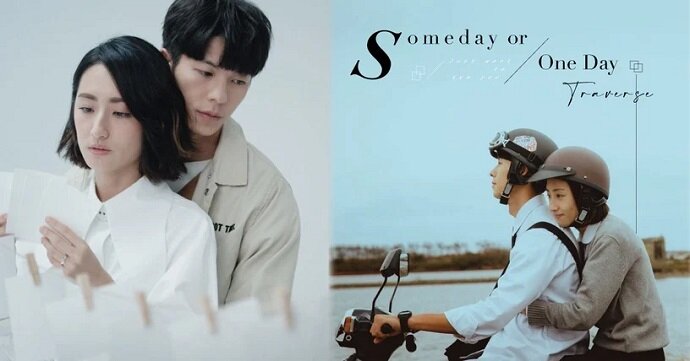 At first, the show appears to be a typical romantic drama; one that’s somewhat sad. The female protagonist is heartbroken after experiencing a loss and longs to be reunited with her partner. However, there is much more to Someday or One Day than meets the eye. While the story is a romance at its core, time travel plays a main role in the plot. The show unfolds across dual time frames, 2019 and 1998, with the events of the past affecting the events of the present – and vice versa. As we’ll discuss in our next point, this is a show that left audiences scrambling to put together the clues and figure out where the story would go next and what the resolution to its central mystery would be. 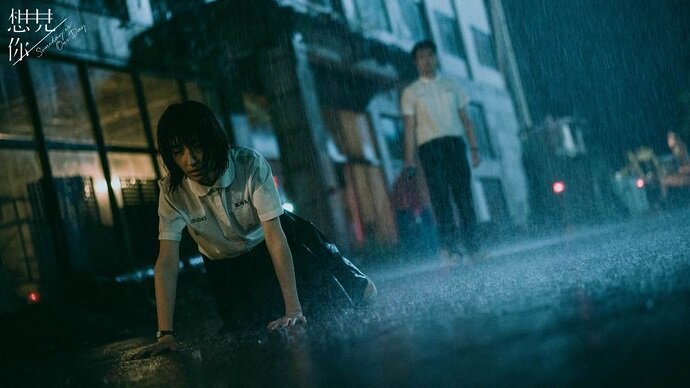 This is a show that’s difficult to discuss without spoiling because of its narrative structure, but we’ll just lay out the premise, because that’s already mind-bending on its own: Huang Yu Xuan (Alice Ko Chia-yen) is a 27-year-old product manager at a tech firm. She is mourning her boyfriend Wang Quan Sheng (Greg Hsu) who died two years ago. One day, Yu Xuan is magically transported from 2019 to 1998, into the body of a high school student named Chen Yun Ru. Yun Ru happens to look exactly like Yu Xuan. Yun Ru has a classmate named Li Zi Wei, who happens to look exactly like Quan Sheng. Meanwhile, Mo Jun-Jie (Patrick Shih) nurses a crush on Yun Ru, not knowing that Yun Ru’s body is inhabited by Yu Xuan’s soul. Yu Xuan, now taking on the persona of Yun Ru, must unravel the metaphysical mystery that has resulted in this bizarre turn of events. The series’ complex and layered writing has been lauded, and the actors have also been praised for bringing it to life. A significant challenge that faced the two leads was that they had to each portray two different characters. The Yu Xuan character is bubbly and outgoing, while Yun Ru is withdrawn and sullen. The characters are also roughly ten years apart in age. With minimal assistance from hair and makeup, Ko sells that these are two distinct people, and conveys the sense that Yu Xuan is gradually getting used to living as Yun Ru. The show has also considerably raised the profile of Greg Hsu, who won many fans with his portrayal of the sensitive and swoon worthy Zi Wei. 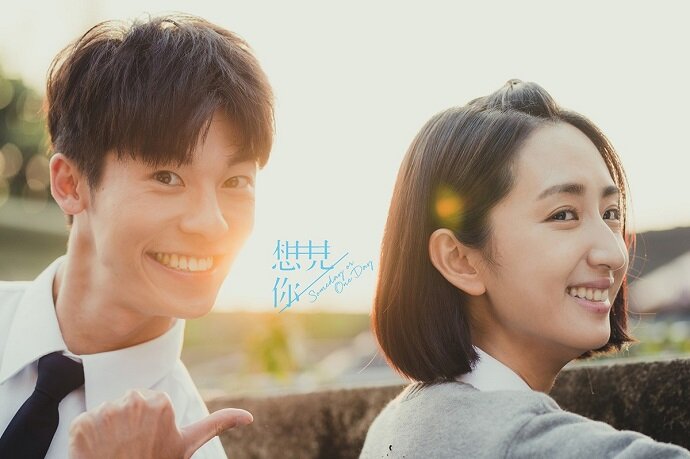 This leads us on to how the show’s complex and well-developed characters have earned the affection and investment of audiences. A major theme of the show is yearning: each character is yearning for something they can’t quite reach. The show’s title in Chinese is《想见你》, literally “wanting to see you”. Yu Xuan wants to see Quan Sheng again but knows that this is impossible. When the seemingly impossible befalls her and she inhabits the body of her doppelganger in 1998, she is tortured by the fact that Zi Wei, who reminds her so much of Quan Sheng, simply isn’t the man she loves. This is further complicated by Jun-Jie’s crush on Yun Ru, and how Yu-Xuan-as-Yun-Ru reacts differently to him than then real Yun Ru might have. 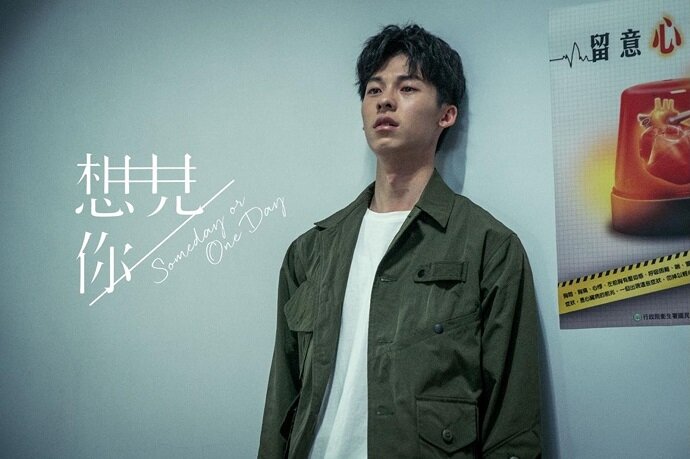 The first episode opens with Yu Xuan saying in voiceover that a song can be like a time machine, and that listening to it can transport one back to the time and place that one has mentally associated the song with. This is taken quite literally in the show, in which listening to Taiwanese rocker Wu Bai’s beloved song “Last Dance” transports Yu Xuan from 2019 to 1998. The song was released in 1996, suiting the period. The lyrics, about someone waiting for their true love to return to them and imagining they are the only two people in the world, are thematically apt too.

Someday or One Day takes its English title from the song of the same name, performed by Shi Shi. When listened together with the ending theme, “Miss You 3000” by 831, both songs contain clues to the plot of the show. 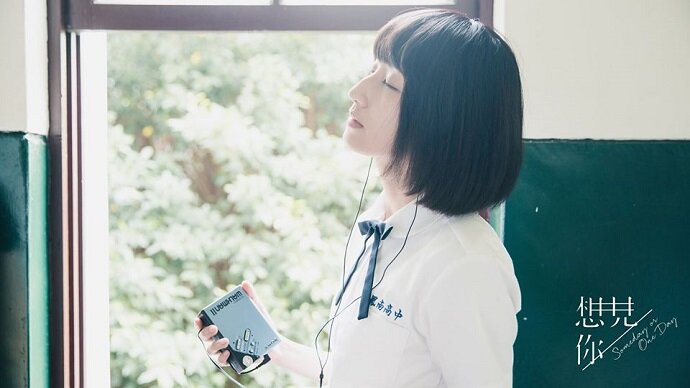 Because of its intricate plot and mystery box structure, Someday or One Day attracted fervent audience discussion and speculation. The cast and crew of the show held biweekly press conferences as the drama aired, inviting entertainment journalists to continuously discuss the show. Actors including Alice Ko, Greg Hsu and Patrick Shih interacted with audiences virtually before and after the airing of each episode, fostering a sense of closeness between the audiences and stars. The finale episode was originally going to be screened for invited fans in a cinema with the cast and creators in attendance, but this was held as a virtual event instead due to the COVID-19 pandemic. 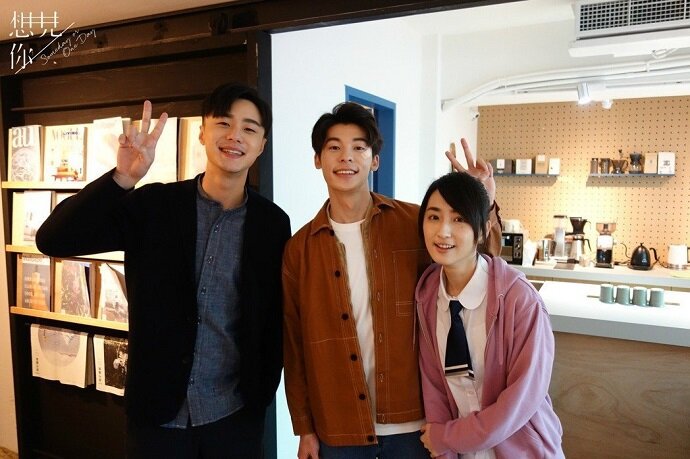 Much to the dismay of Someday or One Day’s fans, cast and crew, the last episode was leaked onto pirate sites before it aired. Within less than a day of this leak, the cast and crew decided to quickly film three additional scenes, of which one was chosen to be a post-credits Easter Egg. While the scene did not tie directly into the plot, which had already been finalised far in advance, it functioned as a sincere gesture of gratitude to the show’s devoted audience.