The Short Cut: Women in Taiwan - 3 Great Shorts You Can Watch on CATCHPLAY+ Any film buff worth his or her salt is always on the lookout for new talent to embrace. Identifying the next big actor or director to watch out for is something always fun to talk about with your fellow friends. For many directors, the short film festival circuit is still the training ground for many of them cut their teeth in. It's where their style and storytelling hallmarks take shape and develop over time. In the first-ever edition of The Short Cut, we have three shorts worth your time. They all revolve around the lives of women from different walks of life, outsiders looking to find their place and way of life in Taiwan. Another short from Joseph Chen, Guo Mie is based on Chen's grandmother. A karaoke-addicted lady battles with her self-worth and a sense of betrayal at her long-lost husband's funeral, where she encounters his younger and more sophisticated girlfriend. She also makes the discovery that her kids may have been secretly in touch with her late husband all these years. Despite being a student film product, the production managed to cast Grace Shu-Fang Chen, one of the iconic "grandmother" actresses in Taiwan! A beautiful portrait of East Asian family idiosyncracies, Guo Mie is really an ode to the unspoken understanding and love that exists in families. Guo Mie has been made into a feature film, Little Big Women, starring Vivian Hsu, Ying-Hsuan Hsieh, and Grace Shu-Fang Chen from the original cast. The film's slated to release this November. 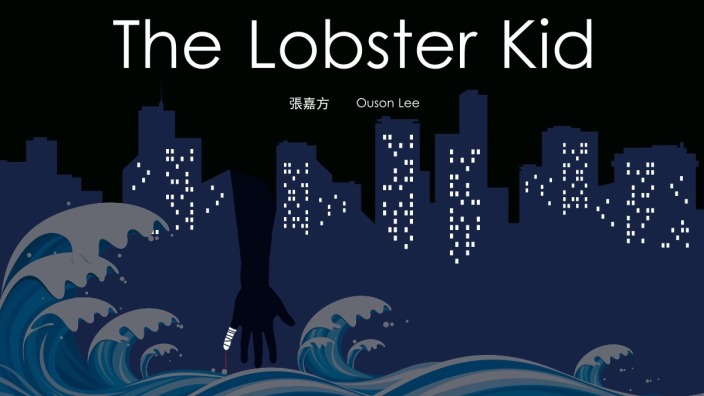 The winner of Best Short Golden Reel Award at the 32nd Los Angeles Asian Pacific Film Festival, The Lobster Kid is the brainchild of Taiwanese director Joseph Chen-Chieh Hsu, a graduate from Tisch NYU. The Lobster Kid tells the story of a thirteen-year-old girl who works for a gang as a "street vendor". She basically tricks people into buying various trinkets, and so on. All of this is done in the hopes of funding her dream to move to the south. When she tries to get on a train, her boss notices and gets rid of her ticket. Despondent, she sees a street monk who begs for money on the street in silence. They form a mutually beneficial relationship, which turns into an unexpected friendship. This short won the Sonje Award (given to the Korean/Asian director of the best short film) at the 2015 Busan International Film Festival. It was also nominated for Best Short Film at the 2016 Taipei Film Festival. It tells the story Nia, a domestic helper from the Phillippines. Having moved to Taiwan, Nia is understandably withdrawn and often locks her room door. This doesn't sit well with her employer, and they come into conflict with each other. The short follows Nia in a day of her life, presenting a compelling portrait of a familiar character... It's an emotional portrayal of what it means to be away from home by Malaysian-born director Kek Huat Lau. He recently released his first feature film Boluomi (Jackfruit in Chinese). It's inspired by Lau's grandfather, an anti-Japanese Malayan Communist Party (MCP) soldier killed during the Malayan Emergency.