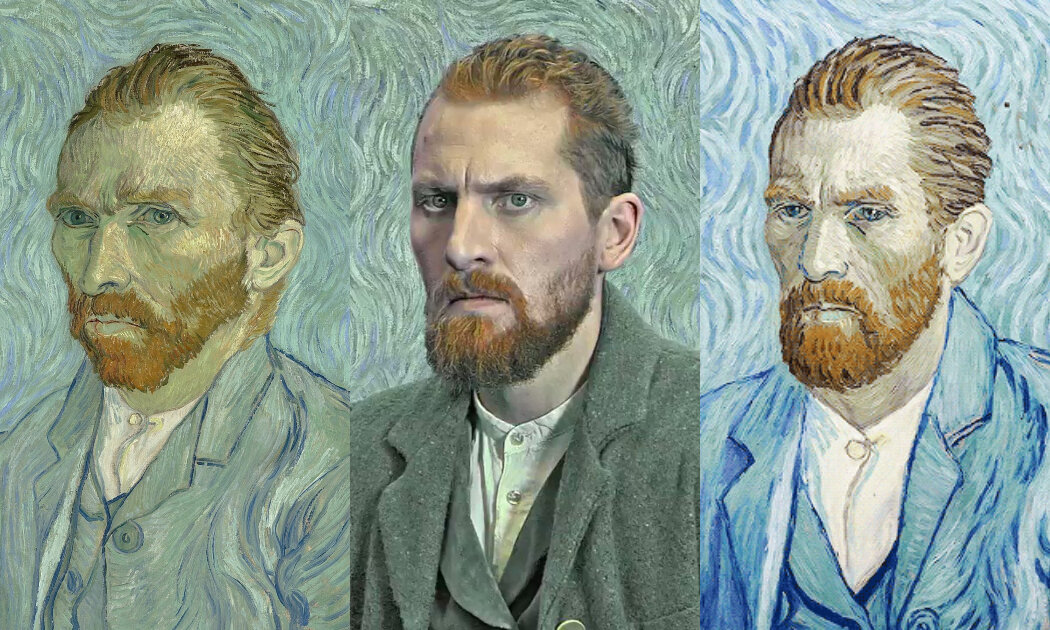 Known as the father of modern art, the story of Vincent Van Gogh is most remembered as a tragic one. The artist was not only famously known for cutting his ear off in a delirium, but also having shot himself in the fields one day in an attempted suicide. It wasn’t fatal, but complications led to his eventual death two days after the incident, in 1890.

But before we even begin to touch on the story, there’s one thing that stands out for Loving Vincent -  this experimental film that began as a short, and was partially funded on Kickstarter, is actually shot from paintings created by over 100 artists. Yes, all 65,000 frames off it. This staggering effort is part of the reason why it was nominated for a Best Animated Feature at the Oscars.

Painstakingly drawn over four years, Loving Vincent is an animated biography and stunning visual masterpiece in itself. Even one of the directors, Hugh Welchman himself admitted, “We have definitely without a doubt invented the slowest form of filmmaking ever devised in 120 years.” 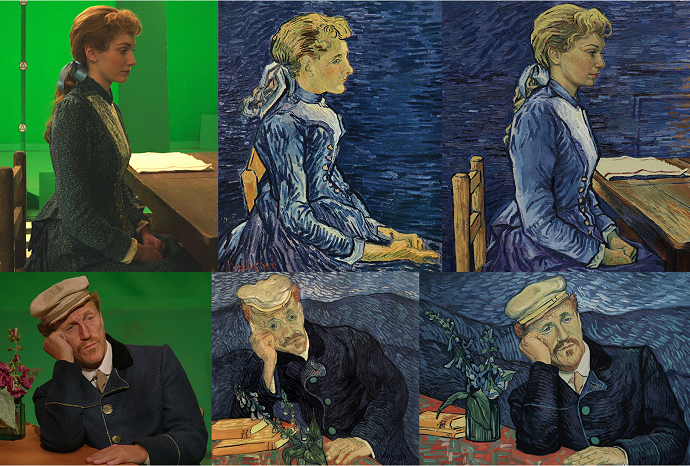 Each painting is an oil on canvas, adhering to Van Gogh’s signature techniques, so expect to see strong colours, defined lines and his signature rich texture (known as impasto) in the scenes that unfold. It’s an incredible treat to see iconic pieces come alive, and flow fluidly, one into the other, and in all ways, breathing life into the famous paintings of Van Gogh.

‘From the world-famous The Starry Night, and popular Cafe Terrace at Night, to the sweeping Wheatfield with Crows and his famous Bedroom in Arles, you will see how these scenes get recreated seamlessly into the story, and the effect is pure magic.

Beyond the direct lifting of his technique, directors Dorota Kobiela and Welchman also applied creative spins to the storyboard - colour palette being one of the most visible decisions. As the story flits between timelines, black and white would help delineate the past from the “present”. This helps the film considerably, as there is a lot of that happening.

Loving Vincent is no doubt a tribute to the incredible artistry of Van Gogh, but also delves into flickering topics of depression, bullying and loneliness, mixed in with creative expression and human love, wrapped in a suicide/murder mystery.

The film takes place a year after Van Gogh’s death. Armand Roulin, the spirited son of postman Joseph Roulin is tasked to deliver the painter’s last letter to his brother, Theo. The youth is reluctant, but as his family has been friends and subjects for Van Gogh, he picks up the task.

Except things become a little complicated when he finds out that Theo passed on, six months after his brother. With this, the youth finds himself chasing down leads for a suitable recipient, and along the way finds out suspicious facts surrounding the suicide.

Along the way he meets with key figures - and some unlikely ones. A paint supplier, Pere Tanguy, points him to Van Gogh’s therapist, Dr Paul Gachet, which brings him to a innkeeper’s daughter (Adeline Ravouz), who introduces him to a boatman, a village simpleton, and a rakish local prankster, Rene Secretan. No doubt the avid fan would find them familiar names.

In fact, even through the art, you might find some familiar faces too. Lending their voice and acting are people like Saoirse Ronan (Joe March in Little Women),  Helen McCrory (from Peaky Blinders and His Dark Materials) and Jerome Flynn (the distinctive Bronn in Game of Thrones). 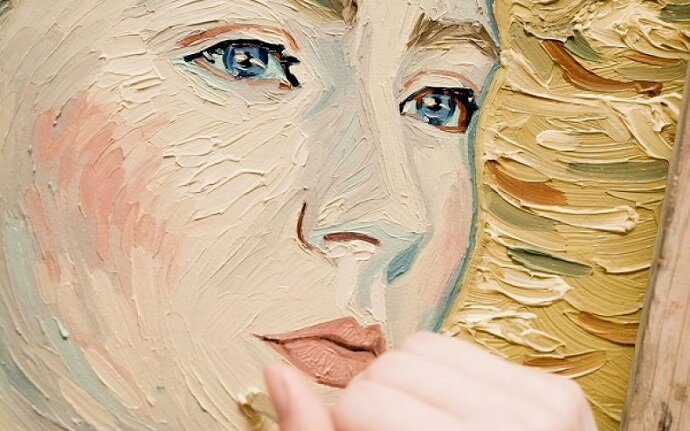 And because we know how each person’s account can differ - coloured by bias or personal encounters - we start to see self-serving motivations from each counterpart, which pulls Armand (and the viewers) into the web. This shifting quicksand sometimes becomes a little contrived, as we see the filmmakers trying to unpack information - almost to the point of direct exposition in some cases - but the material still manages to maintain steady, as well as with plenty of poetry.

This is achieved mostly through the artistic renditions in some incredible scenes. In one, as Armand questions Adeline near the inn windows, the rain stops and the sun cuts through the panes, and the droplets render his face in dimpled light. Even during his journey to the town, the blend of the town from the train windows, and his reflection included, is mesmerising to watch.

In another, Vincent looks into his reflection in the water after washing his face, and the simple sequence of the water quietening down and his face coming clear, is full of impact, as drawn eyes plead for the same peace to come to his mind. 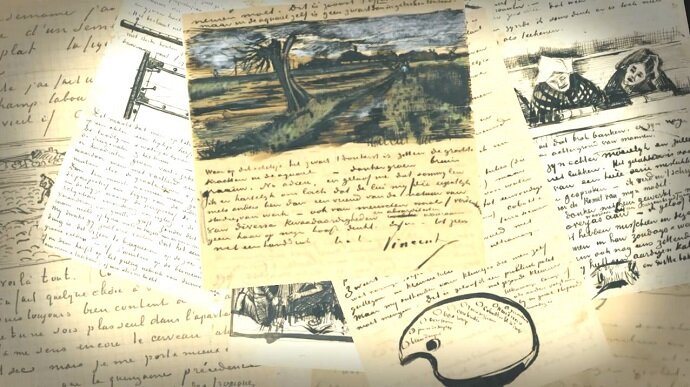 The film features quite a few letters, drawn strongly from the real writings, and they are poignant and moving. It lets us in on the private conversations between Vincent and his supportive brother, and illustrate the incredibly gentle depth of Van Gogh, and his search for expression and connection.

Vincent started painting when he was 28, after failing at all of the previous jobs he held to gain respect from his distant parents. But between then and his death in 1890, in the short span of eight years, Vincent Van Gogh created 800 paintings, of which only one - Red Vineyard at Arles - was sold during his lifetime.

The way the world turned its back on this artist and then celebrated him posthumously, is hypocritical in some ways, but also lovingly sung by the famous “Vincent (Starry, Starry Night)”. Loving Vincent continues in the line of such apologetic tributes, while painting him as so much more than the guy who cut off his ear. Go behind the scenes and see how Vincent van Gogh's paitings were transformed into the stunning moving images in Loving Vincent: