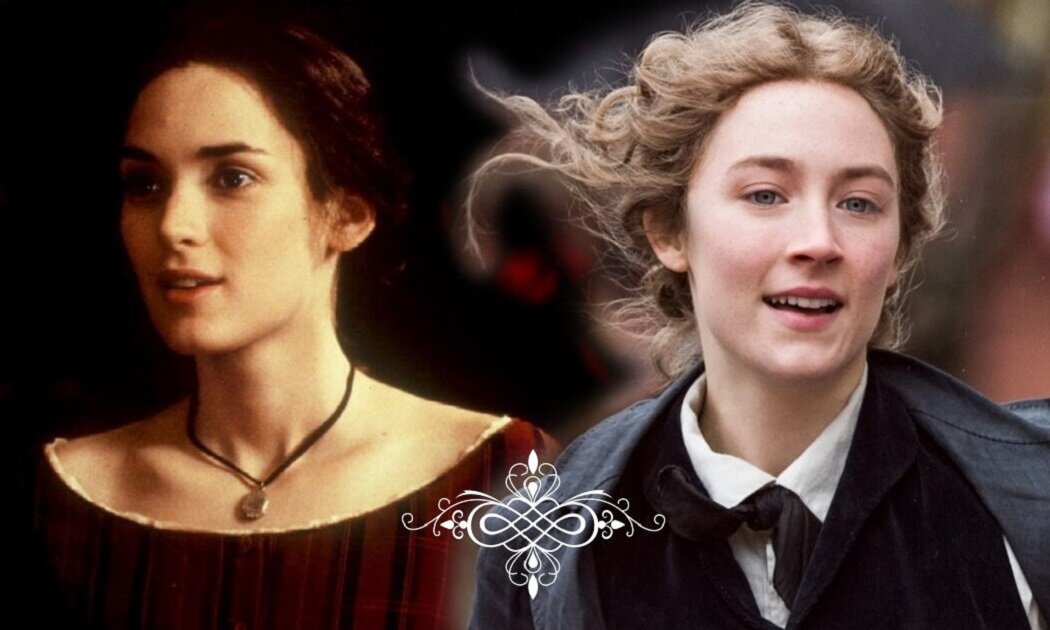 She first wowed us with Lady Bird, her directorial debut in 2017, and this year Greta Gerwig is ready to impress us again with the latest adaptation of Louisa May Alcott’s 1868 novel, Little Women. Gerwig’s version is the fifth Little Women movie, and there were countless other Little Women TV adaptations of the story about four sisters coming of age in America in the aftermath of the Civil War.

Among the movie versions, the 1994’s one directed by Gillian Armstrong is the one we remember the most. How does it compare with Gerwig’s updated version?  Let’s take a look.

Similar to Armstrong, Gerwig is also an advocate for featuring strong female characters on screen. Although she has only directed Lady Bird and Little Women, the feminine messages in her movies are strong and clear. The 1994 version of Little Women is a beautiful period drama where it showcases the lives of Meg, Jo, Beth and Amy, four sisters growing up in a household without their father, who is away at war. They battle big and small problems while making the best out of it. This 1994 version touches on the girls’ minor trials to major tribulations as they grow up, and the movie divides pretty evenly between when the girls were younger and when they were grown up.

The 2019 version however, focuses more on the girls when they were young adults, and traces the lives of Meg, Jo and Amy after leaving their homes. The movie also jumps back and forth in time but adds more depth that’s missing from the previous movies. While Armstrong’s feminine messages were subtle, Gerwig’s version is a lot more obvious, and fitting too, in today’s fight for female equality. Gerwig really brought forth Alcott’s vision to contemporary times. The usual suspects are present in both movies, such as the four sisters- Meg, Jo, Beth and Amy, their mother Marmee, and close family friend Theodore 'Laurie' Laurence, Aunt March. The one similar thing about the 1994 and 2019 versions is that they feature stellar casts. The lovely Trini Alvarado played the 1994 Meg, while Emma Watson takes on the 2019 version. While Alvarado plays the big sister a little more feminine and traditional, Watson’s version is spunkier. The headstrong Jo was played by Winona Ryder in 1994, while Saoirse Ronan takes on the 2019 version. Ryder’s version was a lot more tomboyish and bratty. Ronan’s version is similar but has a tinge of playfulness. Beth was played by Claire Danes and is played by relative newcomer Eliza Scanlen. Danes’ Beth was a lot more timid and meek, but Scanien plays Beth slightly more like a typical teenager. Then we have the youngest sister Amy, played by Kirsten Dunst (younger Amy in the 1994 version), Samantha Mathis (older Amy in the 1994 version) and Florence Pugh in the 2019 version. Dunst’s Amy was a child with her head filled with romantic notions, while Mathis played the adult Amy with a lot of restraints, having been under the mentorship of the formidable Aunt March. Pugh’s Amy is a lot more pragmatic and feminist, and not afraid to speak her mind. Susan Sarandon breathed life into Mrs March, affectionately known as Marmee in the 1994 version while Laura Dern takes over the reins in 2019 one. Both are as nurturing yet strong women whom bring justice to the role. The late Mary Wickes was the 1994 Aunt March, and Meryl Streep takes over the role in Gerwig’s movie. Streep has a bigger role in the new Little Women, and is definitely more fastidious and stricter. The only “boy” in the movie, Laurie, was tackled by a young Christian Bale, who played him a little more charming and playful. Timothée Chalamet’s version is more soulful and tender.