Too Close to Winning- All 7 of Glenn Close's Oscar Nominations 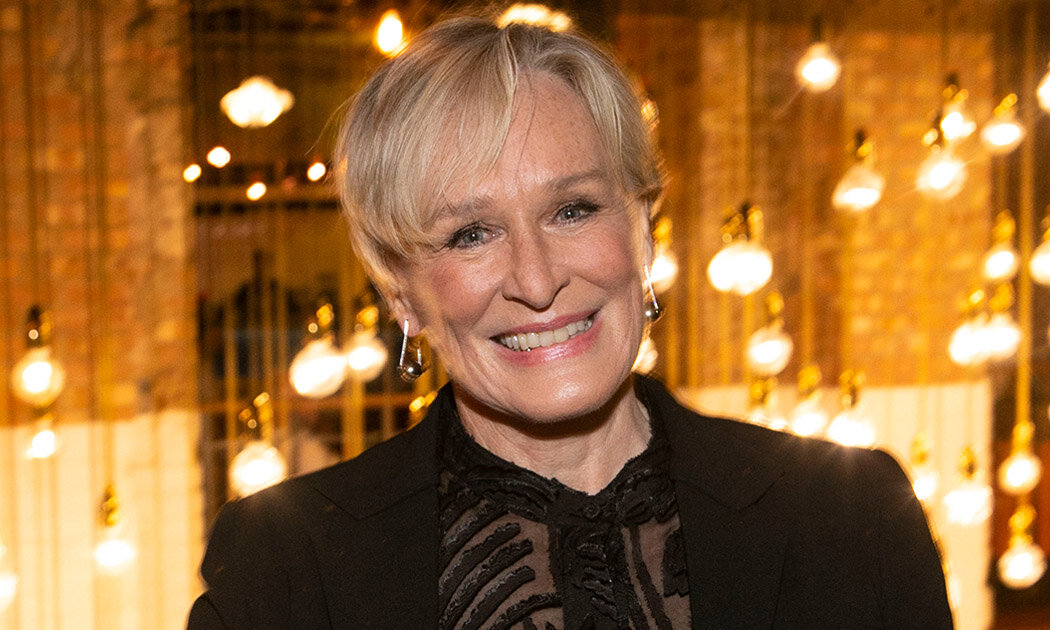 One of the greatest actresses of all time, Glenn Close has been excellent at her craft for a very long time. Considered one of the most versatile actors working today, she is fantastic no matter the medium she appears in. That's the reason why it's always so jarring when the fact that she still hasn't won an Academy Award is brought up. A multiple-time Tony, Emmy, and Golden Globe award winner, the only award that has eluded her is an Academy Award. A win would see her joining the extremely exclusive EGOT (Emmy, Golden Globe, Oscar, Tony) club. Despite having been nominated seven times now, she hasn't won one. That's the record for the most nominations without a win for an actress.

But you know what? It happens. Alfred Hitchcock never won one until he was presented with an honorary award. Lots of other artists have never won one. It doesn't take away from their greatness. Close is still one of the most versatile actresses on the face of the Earth today. Her body of work spans so much ground. She's played just about everything: campy over-the-top roles that turned her into a gay icon, vicious villains, old-fashioned good girls types, the incredibly still ones that don't give anything away, and some of the most vulnerable characters... she's just about done it all. Let's take a look at Glenn Close's stellar work that landed her seven nominations: 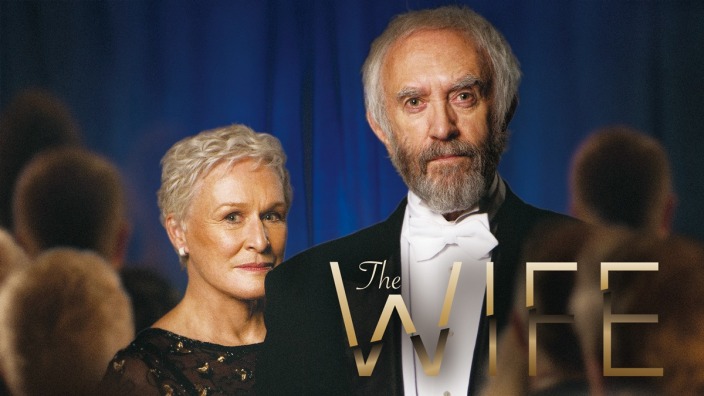 Close gives one of the richest performances of her career as the devoted wife of a celebrated novelist (Jonathan Pryce). Joan has spent nearly forty years playing the perfect wife to her novelist husband. Yet, as her husband is being awarded the Nobel Prize for his prolific body of work, she starts to question her life choices as dark secrets emerge.

Although the premise is a little simplistic, it's the perfect platform to showcase Close's subtle nuances. Watching her character attend party after party as the film heads towards Joseph's big night, we get to watch her come to grips with her built-up feelings. It's love, ambition, and the jealousy that comes with it all through the viewfinder of marriage, and we get to watch it all unravel via Close's riveting performance.

Who won Best Leading Actress at the 2017 Oscar? Olivia Colman for The Favourite.

Watch The Wife now on CATCHPLAY+. 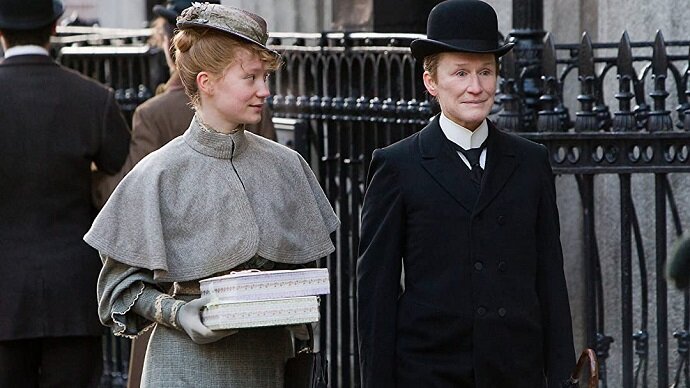 In late 19th century Dublin, Albert Nobbs (Close) is a butler at the Morrison Hotel. She hides a secret. For the last thirty years, she has been living a life as a man. She is saving money to purchase a tobacco shop to gain freedom over her life. Hubert Page (Janet McTeer), a painter working on the hotel, discovers Albert's secret. Things get further complicated by the appearance of unemployed conman Joe Mackins (Aaron Taylor-Johnson), who starts trying to court maid Helen Dawes (Mia Wasikowska), whom Albert thinks would make a great wife/business partner.

Glenn Close had already played the role before in a play in 1982 and spent 15 years trying to turn it into a movie. Although Albert Nobbs never really combines its various plots to optimal effect, the titular role's closed-off nature and emotional vulnerability in the story provide Glenn Close with a ton of material to work with.

Who won Best Leading Actress at the 2012 Oscar? Fellow all-time great Meryl Streep for her portrayal of Margaret Thatcher in The Iron Lady. 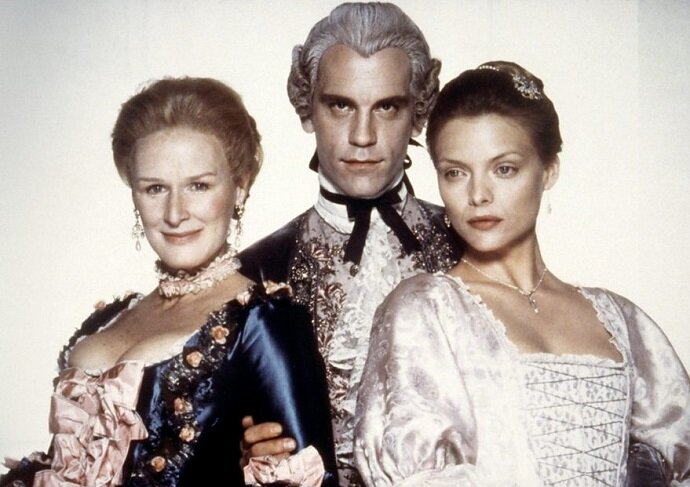 An adaptation of the 1782 French novel of the same name, Dangerous Liasons tells the story of Marquise de Merteuil (Close) and Vicomte de Valmont (John Malkovich). After the end of her relationship, the Marquise plots revenge against her ex-lover, the Comte de Bastide. She asks the playboy Valmont to seduce Bastide's young virgin fiancée, Cécile de Volanges (Uma Thurman). Valmont declines, for he is already plotting a seduction of his own: the devout and chaste Madame de Tourvel (Michelle Pfeiffer), the wife of a member of Parliament away in Burgundy. The two make a bet - if Valmont succeeds in seducing Tourvel and can furnish written proof, Merteuil will sleep with him as well. Ever the hound dog, Valmont accepts.

The role of the ultra-manipulative Marquise gives Close lots of fodder to work with. The movie feels clever and seductive, with Close and Malkovich's witty conversations often the highlight of the film, a tug-of-war between the two lead characters' power plays. Close is comically evil, always scheming with delightful glee... yet when the inevitable fall comes for the Marquise, her despair still feels tragic.

Who won Best Actress at the 1989 Oscar? Jodie Foster for The Accused. 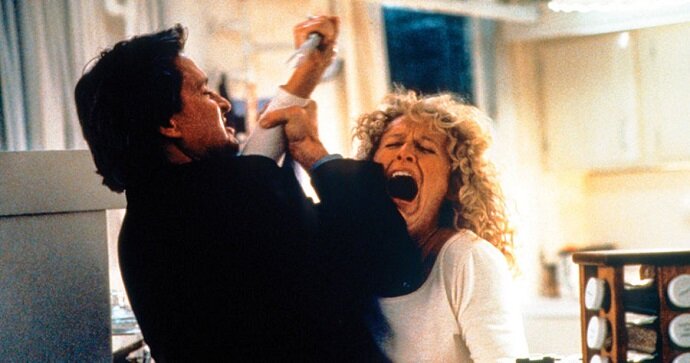 Michael Douglas plays Daniel "Dan" Gallagher, a successful, happily-married lawyer in Manhattan. He meets Alexandra "Alex" Forrest (Close), an editor of a publishing company. When his wife and daughter are out of town for the weekend, Dan has a one-night stand with Alex. Except, of course, Alex doesn't get the memo and becomes obsessed with him.

For better or worse, Close's iconic portrayal of Alex Forrest is often cited (and still continues to be brought up) as an example of a movie's presentation of borderline personality disorder. The role is so remembered that it even coined the term "bunny boiler" - used to describe an obsessive, spurned woman. It's derived from the scene where Dan's daughter Ellen discovers that Alex has boiled the pet rabbit. This role sparked a bit of a shift in the roles that Close chose. In an interview, she stated that "Fatal Attraction was really the first part that took me away from the Jenny Fields, Sarah Coopers—good, nurturing women roles. I did more preparation for that film than I've ever done."

Who won Best Leading Actress at the 1988 Oscar? Cher for Moonstruck. 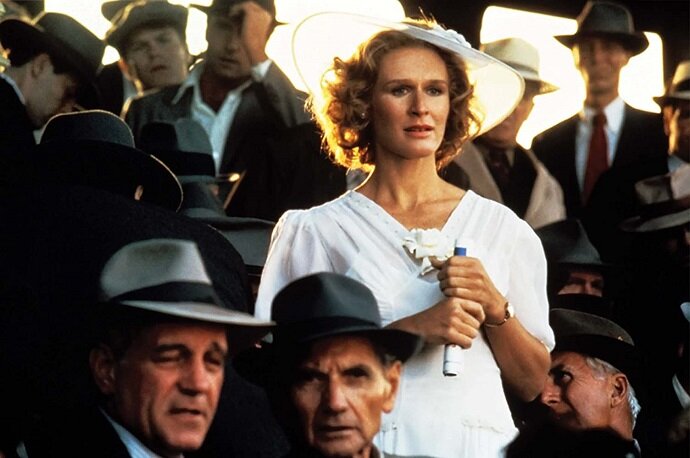 Robert Redford plays Roy Hobbs, a baseball player considered to have a prodigious natural gift for the game. The movie follows the trials and tribulations of his stalled career over the decades. Glenn Close plays Iris Gaines, a girlfriend whom Roy parts ways early in the film to chase his dreams.

The role of Iris isn't all that interesting - she's almost reduced to a stereotypical ever-supportive, "waiting with my arms wide open" type of goodness. Despite that, Close lends some interesting facets to her. When they reunite in the film, she has a whispery caution-filled reaction to Hobbs, seemingly gauging if he's still the high-school sweetheart she knew from way back. Plus, that idea of Close in white, bathed in sunlight, a halo forming around her hat... unforgettable.

Who won Best Supporting Actress at the 1985 Oscar? Peggy Ashcroft for A Passage to India. This movie tells the story of a group of friends who attended the University of Michigan together. They reunite 15 years later when their friend Alex commits suicide.

Again, the role of Sarah Cooper is somewhat limited, especially in an ensemble piece like this. However, Close makes the most of what she has to work with again. Her presence and natural intelligence shine through, making her perfect for playing the motherly role amongst the group. The character's previous affair with the now-dead Alex makes for an interesting situation, as the character has to put on a face for the good of the collective. Finally, when she confesses to her friend Karen about the affair, she tells her story as quickly as possible. These hurried words perhaps contain a tinge of both grief and nostalgia, but also suggest regret and a reluctance to even recount the event.

Who won Best Supporting Actress at the 1984 Oscar? Linda Hunt for The Year of Living Dangerously. Glenn Close's first nomination comes by way of a rather bizarre movie. A Robin Williams vehicle, he plays T. S. Garp, the out-of-wedlock son of a feminist mother, Jenny Fields (Close), who wanted a child but not a husband. During her time as a nurse during World War II, she encounters a brain-damaged dying gunner known only as Technical Sergeant Garp ("Garp" the only thing he says. She names the resultant child after Garp.

Despite only being four years Williams' senior, the pairing works really well. Close has always possessed the ability to play older and wiser, and that pairs wonderfully with Williams' flair for the outrageous and childlike. She answers Garp's big philosophical questions with matter-of-fact boredom that makes for some excellent comedy.

Yet, she's still able to play silly and odd. In the above scene, Jenny and Garp get a cup of coffee with a prostitute when she notices her son's interest in the opposite sex. Her character's uninhibited curiosity is hilarious - an exaggerated forward lean, the locked-in super focused gaze, the never-ending questions... it all fits into the absurdist tone of the overall film. Her reaction to the idea of having sex for pleasure (which her character understandably doesn't get) and prostitution being illegal is comedy gold.

Who won Best Supporting Actress at the 1983 Oscar? Jessica Lange for Tootsie.