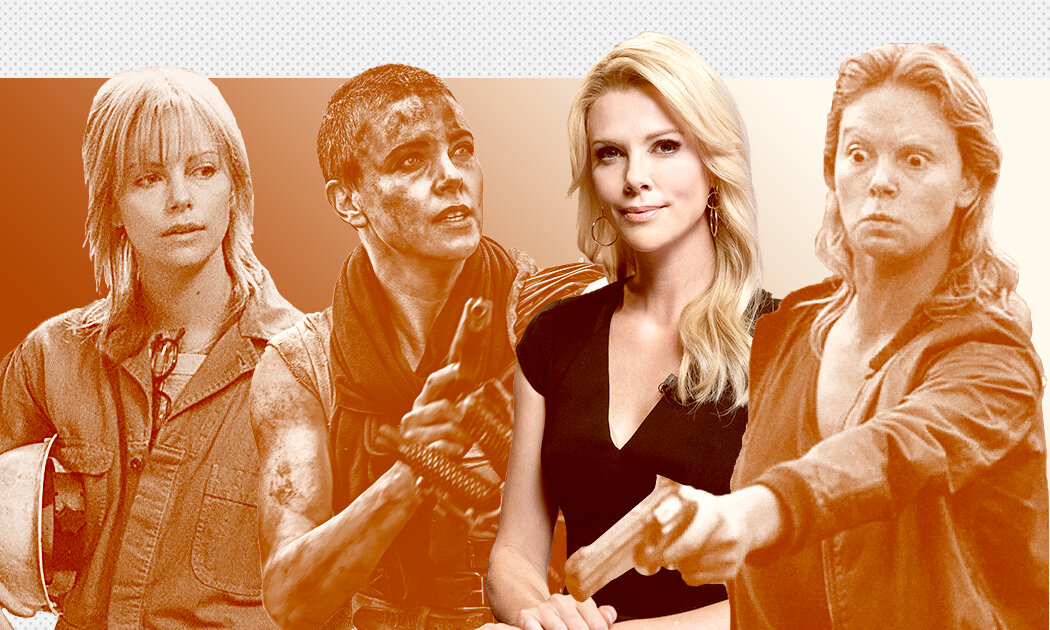 Enter promo code HUATAH to watch any one movie on us! Sign up for free here.

Charlize Theron seems to have it all: she’s an Oscar-winning actress who is also one of the defining screen beauties of our time. Besides being the face of Christian Dior’s J’Adore fragrance, Theron has starred in movies of every genre, from comedy to drama and science-fiction to horror. Off screen, she is a champion of social causes and was named the United Nations Messenger for Peace in 2008. Theron has campaigned to stop violence against women and children in South Africa, and also founded the Charlize Theron Africa Outreach Project that aims to keep at-risk African youths safe from HIV/AIDS.

The South African actress graces the big screen again in Bombshell, the explosive inside look at the power plays and sexual harassment within Fox News. This performance has earned Theron her third Oscar nomination.

This sci-fi action film is based on the cutting-edge MTV animated series of the same name by Peter Chung. Not too long after The Matrix, audiences still had an appetite for mind-bending, futuristic action extravaganzas. The film was Theron’s first (and thankfully not her last) foray into the realm of action. Unfortunately, despite Theron’s best efforts, the film was a critical and commercial failure. “We f***ed it all up,” she told Variety candidly in 2017. “I just don’t think we really knew how to execute it. And it’s disappointing, but it happens. I’ve been in this business long enough to know that you cannot get it right every time.” Æon Flux director Karyn Kusama has since stated that her original take was more arthouse in nature, and that the studio took the film away from her to re-edit it, removing any traces of her initial vision for the project. 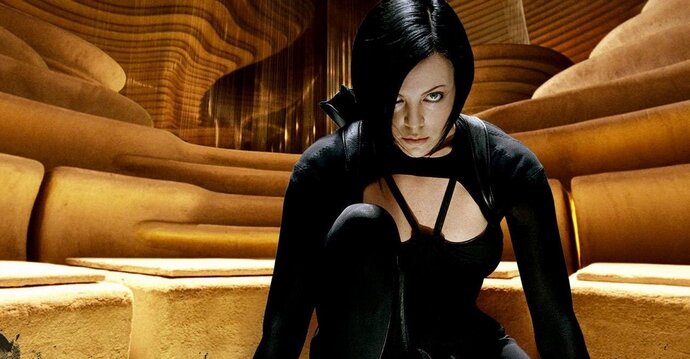 Alongside Helen Mirren, Charlize Theron was one of two Oscar winners who joined the hit Fast and Furious franchise in its eighth instalment. Theron played an over-the-top Bond villain type, the cyberterrorist Cipher. From her airplane fortress, Cipher manipulates Dominic Toretto (Vin Diesel) into seemingly betraying his tight-knit family by holding his baby son hostage. It’s a silly role in a silly movie but is one that Theron clearly enjoyed playing. Since Cipher got away at the end of the film, Theron is back for Fast & Furious 9, opening in May 2020. 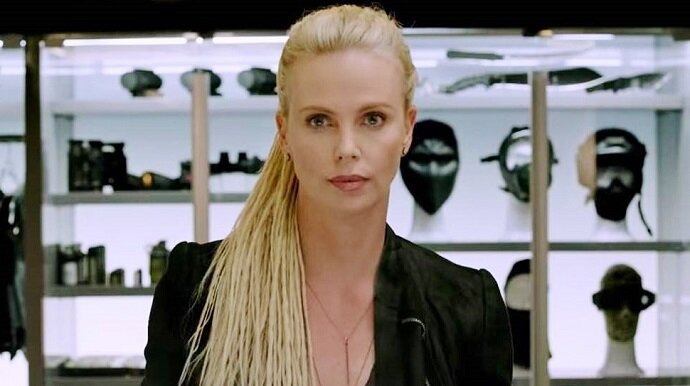 This mystery thriller is based on the novel of the same name by Gillian Flynn. Flynn’s books became a hot property in Hollywood after the success of the adaptation Gone Girl. In Dark Places, Theron plays Libby Day, the survivor of a horrific murder 30 years ago that claimed the life of her mother and sisters. She has since been living on charitable donations and agrees to meet amateur detective Lyle Wirth (Nicholas Hoult) for a fee. It turns out that Wirth and his cohorts contest the accepted version of events that Libby’s brother Ben (Corey Stoll) killed his mother and sisters, having unearthed new evidence. Amy Adams was initially in talks to play Libby – she eventually did star in another Gillian Flynn adaptation, the HBO series Sharp Objects. Bombshell is based on the true story of the female Fox News anchors and other employees who were trapped in an environment of constant sexual harassment, perpetrated by boss Roger Ailes (John Lithgow). Anchor Gretchen Carlson (Nicole Kidman) sued Ailes for harassment during the #MeToo movement, turning the tide. Theron has received critical acclaim for her portrayal of Carlson’s former colleague Megyn Kelly, receiving Oscar and Golden Globe nominations for her performance. However, the film is a controversial one, with some critics arguing that while the women featured should be praised for their bravery, the hypocritical views they espoused about women in the workplace detract from their heroism. While promoting the film, Theron pointed out that she is unlike Kelly in many ways. “We’re very different women,” Theron told NPR. “We have different…points of view on a lot of issues. And she has definitely said things in the past that I’ve had issue with,” Theron emphasised, but she stated that “the focus really was to tell the story of these women at Fox.” 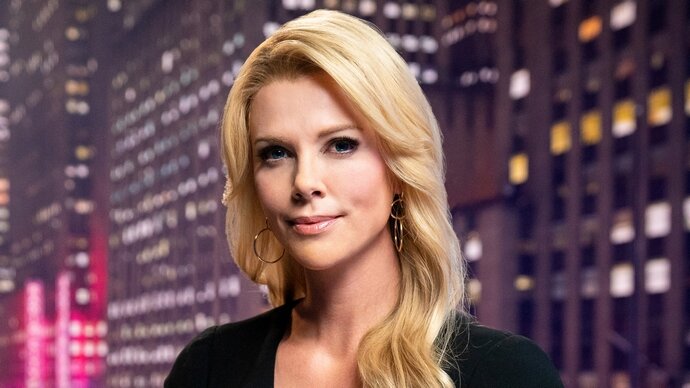 Before Bombshell, Theron had starred in another film telling the story of an outspoken sexual harassment survivor. In North Country, Theron plays Josey Aimes, who works as a miner in Northern Minnesota. After enduring unwanted sexual advances, threats of violence and unending rumours about her private life spread by her male co-workers, Josey rallies her female colleagues to file a class action lawsuit against the mining company. Josey Aimes is based on Lois Jenson, who sued Eveleth Taconite Co. in 1997, filing the first ever Class Action sexual harassment lawsuit in US history. “It was an incredibly moving thing for them to see the film, and their response to it was that they feel this Hollywood movie has given them their dignity back,” director Niki Caro said of Jenson and her colleagues who inspired the movie. North Country earned Theron an Oscar nomination. Theron has repeatedly proven herself as a strong dramatic actress, but Mad Max: Fury Road was arguably when she came into her own as an action star. The titular character, played by Tom Hardy, seems to take a backseat to Theron’s Imperator Furiosa. With her bionic arm, shotgun and at the wheel of a massive ‘war rig’, Furiosa is an avenging angel who seeks to free the women imprisoned as slaves to bear the children of the tyrannical Immortan Joe (Hugo Keays-Byrne). Fury Road was praised not just for its involved and ambitious action sequences, but also for its feminist message. “[Director] George [Miller] just showed the truth of who we are as women,” Theron told The Guardian. “Women thrive in being many things. We can be just as dark and light as men. We’re more than just nurturers, more than just breeders, we’re just as conflicted,” she emphasised. Theron reportedly clashed with co-star Hardy on set, but later said that the tension between them contributed to the dynamic between the two characters seen in the film. 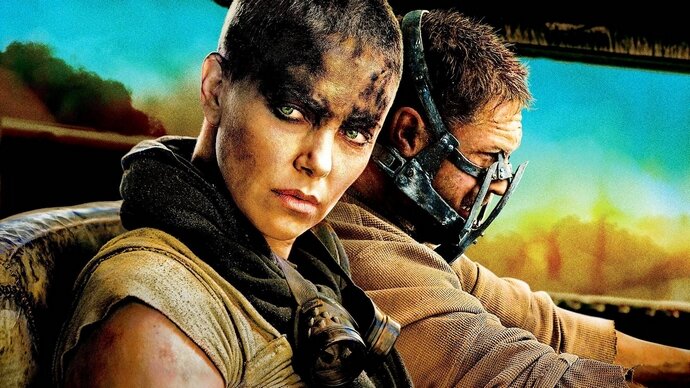 While Theron had been in many films before, Monster was arguably the movie that made the world sit up and take notice. Theron won the Best Actress Oscar for her role in the biopic, playing the serial killer Aileen Wuornos. A former prostitute, Wuronos murdered seven male clients between 1989 and 1990. Theron underwent an extensive physical transformation, gaining 14 kg and wearing prosthetic makeup, including false teeth. Theron at first doubted she could play the challenging role but was moved by the faith placed in her by writer-director Patty Jenkins. "I didn’t think I could do it at first,” Theron told Marie Claire. "The thing that convinced me ultimately was that… I never had somebody believe in me like that before… All of a sudden, this woman is sitting in front of me, and she’s like, ‘You have to. You’re the only person who can.'" Jenkins has since gone on to direct Wonder Woman and its sequel due this year, Wonder Woman 1984. 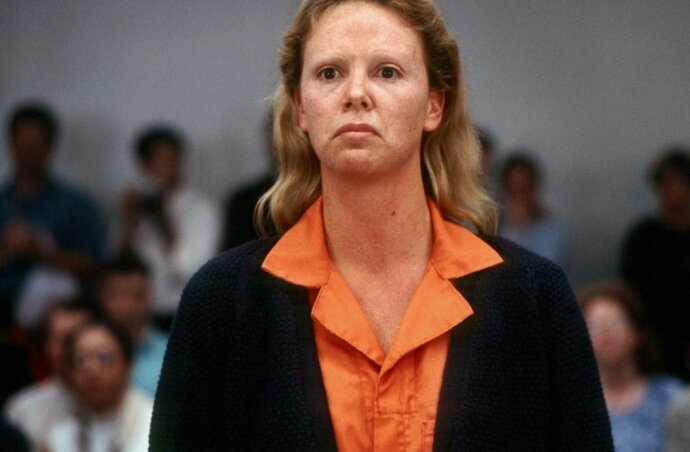